Kawagoe is a small city in Saitama Prefecture, located in the suburbs of Tokyo. Its population is 350,000 in 2015. This old city is situated just shortly away around 30 minutes by train from central Tokyo (Ikebukuro Station). It has been nicknamed “Little Koedo” (小江戸) under the old name of Tokyo (Edo), because, in this town, tourists can find some ancient buildings or houses that used great Japanese architecture used to have in Tokyo in the Edo period.

There are several places to visit in Kawagoe, but in my opinion, there are 5 highlight spots that I recommend tourists to pay a visit when they travel to Kawagoe.

This place is the most well-known sight in the city because this Belltower is a symbol of the city. If you go to Kawagoe by Tobu-Tojo Line, you will see a lot of attractive advertisement posters hang inside the train that show Belltower images. The original clock tower was first built in 1624 but then completely destroyed because of the Great Kawagoe Fire in 1893. Kawagoe government decided to rebuild it with the same structure and architecture. Now as you can see from below picture, the bell tower is three-stories building with the height of 16 meters. Local government uses this tower to tell time to local residents and tourists can hear the bell ring four times a day (6 am, 12 pm, 3 pm, and 6 pm).

After checking and visiting Toki-no-Kane, take a short walk then you will find a long Kashiya Yokocho street. On this street, there are many shops with Edo architectures that sell several kinds of local goods. For example, local residents use sweet potatoes then fry and dry to make delicious chips that anyone will be addicted to it if you try one time. Besides that, Kashiya Yokocho is best famous for its original sweet candy that nowhere in Japan can have the same great taste as Kawagoe’s candy. In the past, in the early and mid-20th century, this area used to be the main and largest candy suppliers for Tokyo. When walking along this road, adults look back nostalgically at about their memorable childhood while eating traditional candy or sweet potato chips. This road is a candy valley and no one can say no to traditional delicious snacks. In 2001, the simple and nostalgic scent of Kashiya Yokocho was chosen as one of the “100 Scent Sceneries” by the Ministry of the Environment. 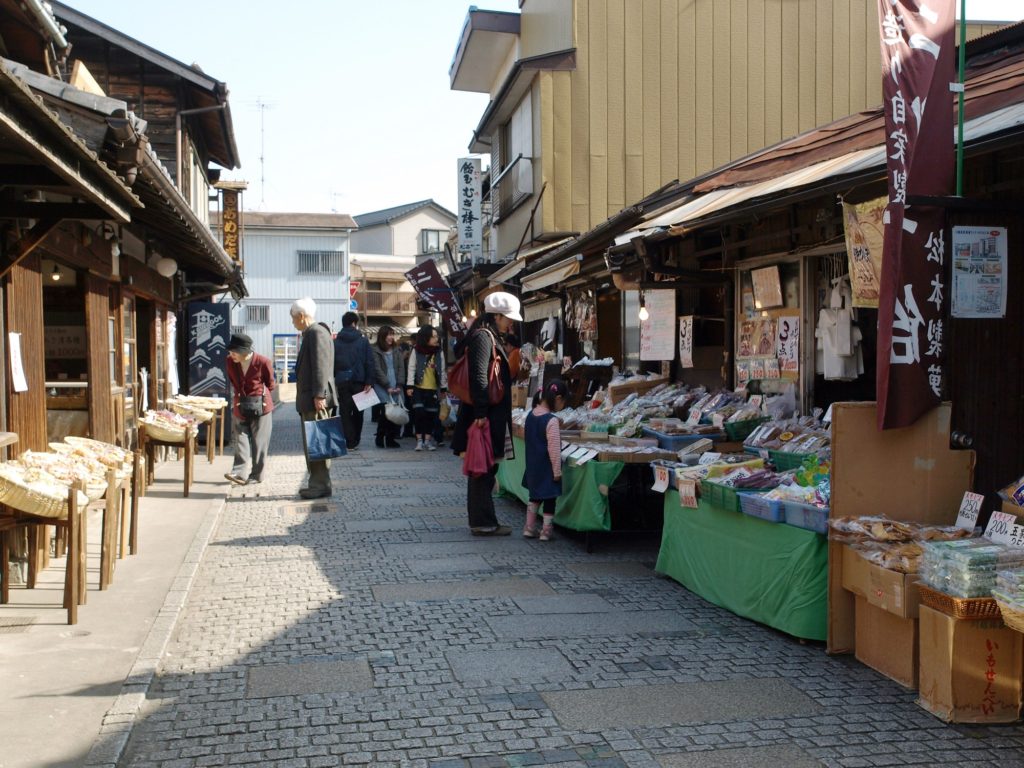 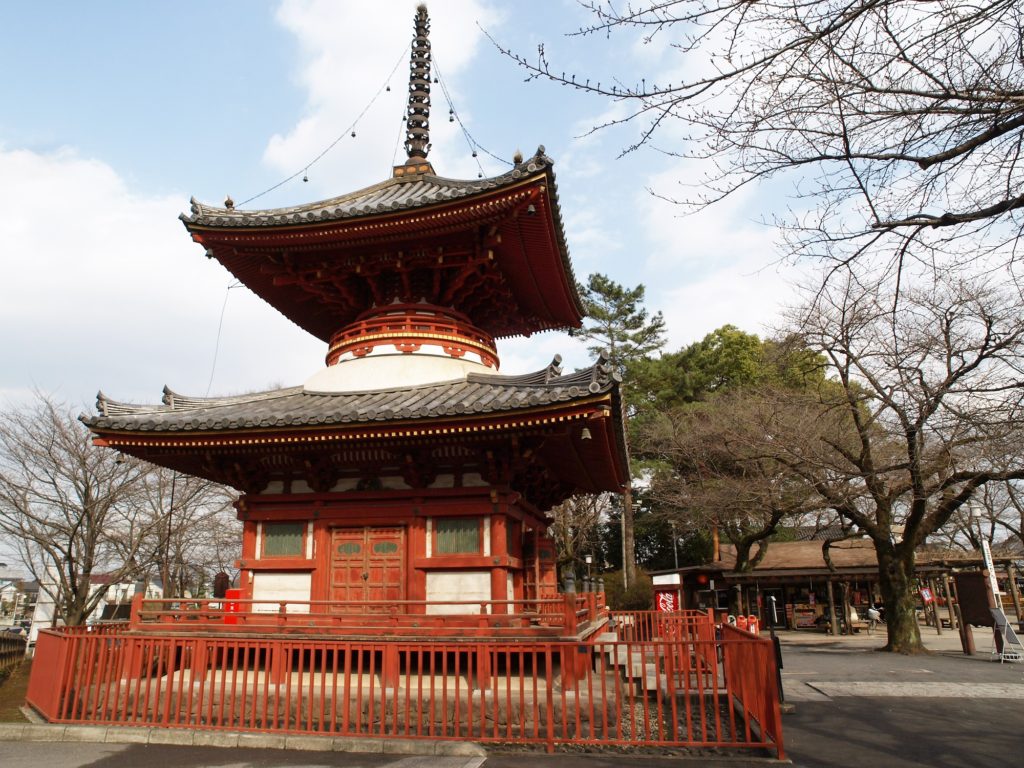 The ‘Tendaishu’ is known as the temple first built by mentor Jikakudaishi in 830. It used to be a place where Meiso Tenkai Soujyou was the head priest and possesses many cultural assets from Edo Castle. Inside the temple, beside the small green garden, there are two famous wooden houses named “Kyuakuden” and “Shoin.” “Kyuakuden” was the birthplace of Tokugawa Iemitsu and ‘Shoin’ is a room used for dressing and makeup by the 3rd generation Tokugawa Shogun Iemitsu’s nanny Kasuga no Tsubone. 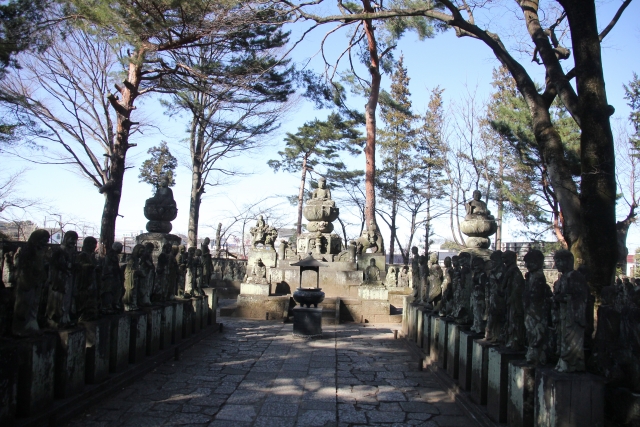 However, most tourists know about 500 Statues of Rakan of the Kita-in Temple. It has approximately 540 stones Buddha that express different human emotions. It’s too old and easily damaged so we recommend you don’t touch them!

Kawagoe Hikawa-Jinja Shrine is a Shinto shrine widely known for its Reitaisai, a festival said to be the origin of Kawagoe festival which has been registered as a National Important Intangible Folk Cultural Property and is listed as UNESCO Intangible Cultural Heritage.

Before you walk into Hikawa Shrine, tourists will see a 15 meters’ wooden gold torii gate (traditional Japanese gate) in front of the shrine. That gate is considered to be the biggest wooden torii gate in Japan. 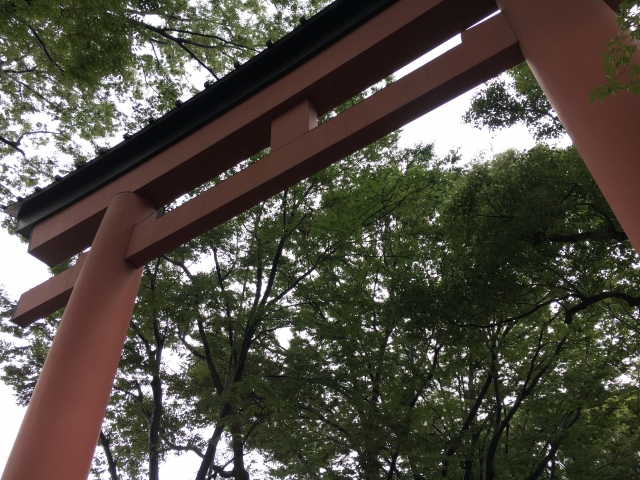 Then when people pass the gate, they need to purify their hands at the chouzuya (a small area where you clean your hand and faces with big spoon-like ladle called hishaku) before they enter the main part of the shrine.

Then they pray and make offerings in front of the shrines. The Kawagoe Hikawa Shrine was also popular for its tunnel of ema (wooden prayer plates). If someone wants to leave his or her wishes at the shrine, they need to buy ema, then write his or her dreams on the plates and hang them on the specific tunnel. 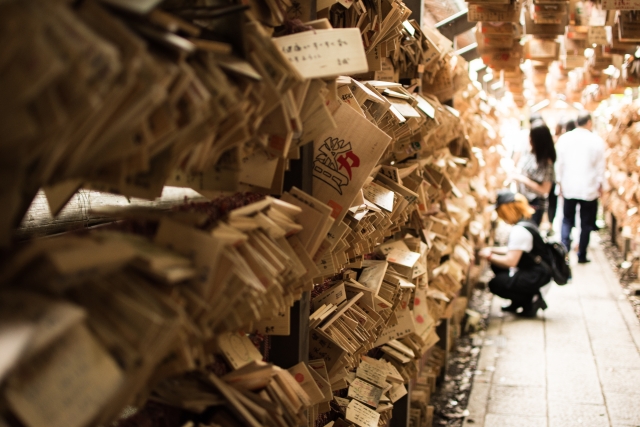 It is also possible to write your wishes and hang them under the “wind chime corridor.” When the wind blows through those corridors, it makes the corridors swing and creates funny sounds inside the shrine environment. Tourists can also catch a red snapper Omikuji then take the paper inside as a lucky charm or buy a matching charm for attracting significant others. 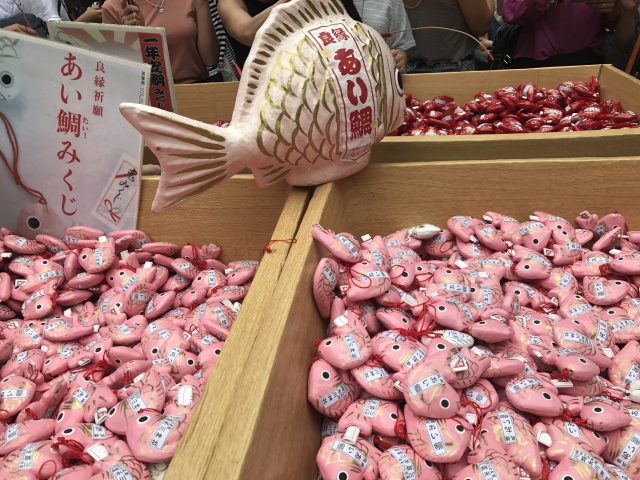 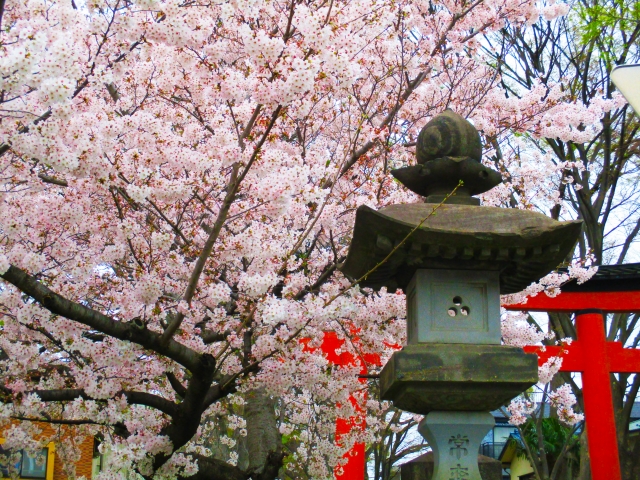 Kurazukuri is where traditional Kurazukuri style warehouse was constructed and maintains the style of the Edo period. Small parts of warehouse areas were also destroyed by Great Kawagoe fire in 1893, similarly to the Belltower. Until now, this style of warehouses is still highly protected and is maintained in the same condition as in the past. There is a Kawagoe Kurazukuri Museum that allows people to walk around inside and experience the life of Edo merchants. Enjoy!! 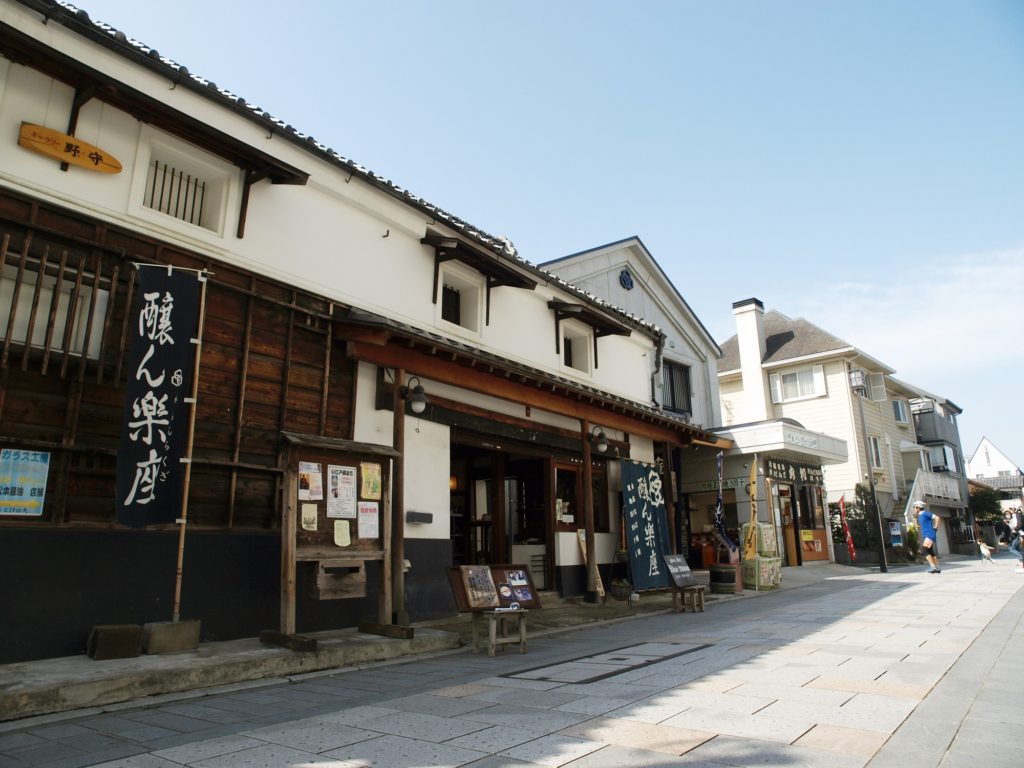 Besides all the popular spots that people should visit when they pay a visit to Kawagoe city, we recommend participating in the biggest festival in the city. Kawagoe Festival is regularly held on the 3rd Saturday and Sunday of October and attracts a large number of visitors each year. So if you participate in the festival, you will enjoy a lively environment and get to know more about ancient Japanese culture too. You can see how Japanese people wear kimono and walk along the road to join the crowd.

You can use the direct bus from Narita Airport to Kawagoe Station, West Exit.
It leaves 8 times a day for 3,200 yen and takes about 2 hours

If you have already discovered all the popular and famous spots in Tokyo and want to go on a cheap one-day trip to suburban Tokyo, visiting Kawagoe is the best choice! Here you can immerse yourself into the beautiful scenery of an ancient town with traditional Kurazukuri styles of warehouses, delicious candies and amazing natural scenes throughout the four seasons.