5 Things To Avoid During a Japanese Meal | Guidable

5 Things To Avoid During a Japanese Meal

When a tourist first arrives in Japan; he or she usually comes armed with tons of information useful in helping them navigate around the country. Things such as how to use the bus or ask for directions come in handy especially during one’s first trip to the land of the rising sun. With so much already written about this topic; it’s fairly easy to make your way around Japan relatively hassle free if you have internet access and know how to copy/paste.

However, many cultures may not place such importance on things such as which order to eat food in or even any part of the entire dining experience. Speaking from personal experience; it’s easy to forget you’re not in your home country. In Japan the unspoken word rules. It’s important to remember that notice your efforts to emulate socially acceptable behavior are noted especially at the dinner table. It’s also equally important to understand what to avoid doing.

This article will help guide you through common mistakes that foreigners often make, making you better equipped when having your next meal with your Japanese in-laws or terrifying boss. 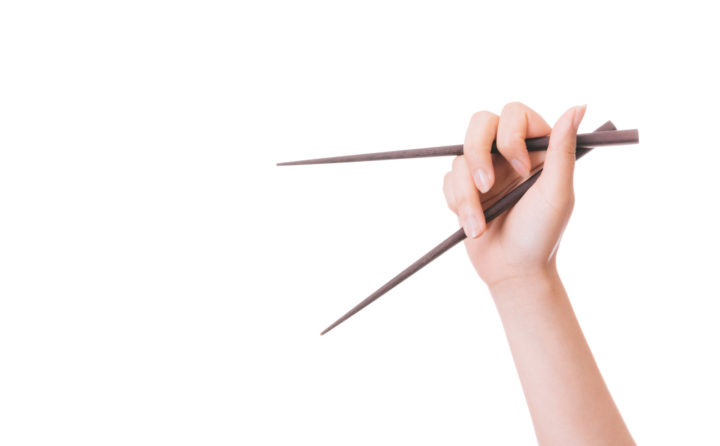 1. Avoid Taking the Last Piece of the Meal

In order to understand how to conduct oneself while having a meal with others in Japan; one must first try to understand the Japanese culture. If you’re a bit wary about why things are this way then consider reading a passage or two on how society moves in Japan.

A healthy respect for the traditions of common mannerisms during occasions like eating out for dinner will get you lots of respect for sure if you find yourself at a Japanese dinner.  For example, when you’re eating good food it’s not unnatural to take the last piece for yourself if no one else wants it.

However, in Japan, you should try to avoid being the guy who took the last piece. It’s a behavior that people might not mention to your face but once people have dispersed for the night you should prepare to be the topic of discussion behind closed doors. Even if people say they don’t want to eat the last bit of a particular dish; you should restrain from being the one to give in if you can help it. Sometimes it’s better to leave the last piece untouched as opposed to drawing attention to yourself and alerting everyone you’ve taken the last piece.

It might not make sense, but this stems from a heavy sense of enryo (遠慮) which means to refrain, in the most direct sense of the word. But really, it is about restraint and controlling yourself as well as being courteous to others. In Japan, everyone is considerate because they are constantly thinking about the effect they have on other people. Which is perhaps why Japanese people are considered very polite and why Japan is a relatively peaceful society. If you are new to living in Japan, prepare to hear the word enryo (遠慮) used quite frequently!

2. Avoid this Faux Pas with the Correct Chopstick Etiquette

You might have already heard or read about this if you’re savvy about Japan, but Japanese people take using chopsticks very seriously. It’s even said that you can tell a lot about a person and how they were raised from how they hold their chopsticks!

Here are several things you should be aware of when using your chopsticks:

Other things you may want to be aware of is sucking on your chopsticks. 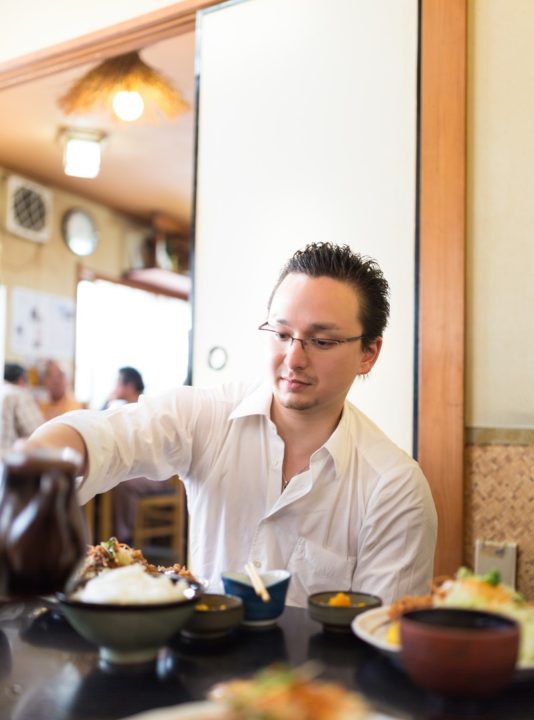 Japanese people are known to be one of the cleanest people in the world. Tokyo is a great example of this. The roads are constantly kept clean of trash and litter, and for the most part, there is a very effective sewage and drainage system to prevent flooding. The subway and train stations are kept spotless and you will constantly see designated cleaners picking up litter.

Japanese people consider hair to be one of the dirtiest parts of our bodies. There are dust and other particles that have been absorbed by your hair, which is why if you touch your hair and resume eating, it is like eating the dust particles from your hair. Even if your hair has been washed clean, think about the shampoo and other hair products you might have used. Though it might smell nice, it might not taste as good!

It’s important to remember this, especially if you are sharing plates with other people. In a society that is big on being considerate and sharing food, contaminating shared dishes could potentially be a big taboo.  For people with long hair, it could be a good idea to tie up your hair so it doesn’t fall into your food. Try to avoid scratching your head or fidgeting with your hair, if you need to do so, you can do it in the privacy of a bathroom to refresh yourself.

4. Avoid Pouring Too Much Sauce or Drinking Sauces Out of the Dishes

A lot of foreigners when coming to Japan tend to say that the food isn’t seasoned enough, or that it is delicious … but it needs more soy sauce. Japanese people have mastered the art of subtlety in fine dining. Japanese food is not only a work of art but a way to show their mastery over umami flavors, which don’t just come from strong flavors like salt and other seasonings. It can be tempting to pour the sauce all over your food to make it more palatable, but it is considered very rude because the chef has prepared the meal in a specific way that it should be eaten. By pouring the sauce all over the food, it shows the people who made it, that it was not good and under seasoned.

This also extends to eating sushi and sashimi. Many foreigners tend to soak their pieces of sushi or sashimi in soy sauce before consuming it, which is an absolute no-no in Japanese eyes. Not only is soy sauce high in sodium, but you are also ruining the fish’s natural flavor. In fact, when Japanese people started eating sushi a long time ago, wasabi and soy sauce was not used! The correct and acceptable way to eat sushi is to lightly dip the fish into the soy sauce and immediately consume it. Do not leave it to soak and disintegrate in your soy sauce dish.

Other things that foreigners tend to do is drink sauces. Now, I know this sounds incredible and you’re probably thinking, no way – I would never do that. Trust me, I have seen it happen before, many times. Japanese food is delicious and indeed a lot of the times the sauce that comes with it is what makes the dishes so good. I often find myself looking wistfully at empty plates that only contain the remaining sauces from dishes, but whatever that cost, you must not take the plate and slurp the remaining sauce! I like to think its the equivalent of drinking gravy, straight out of the gravy boat. My American grandmother would have a conniption if she caught me doing that at Thanksgiving. 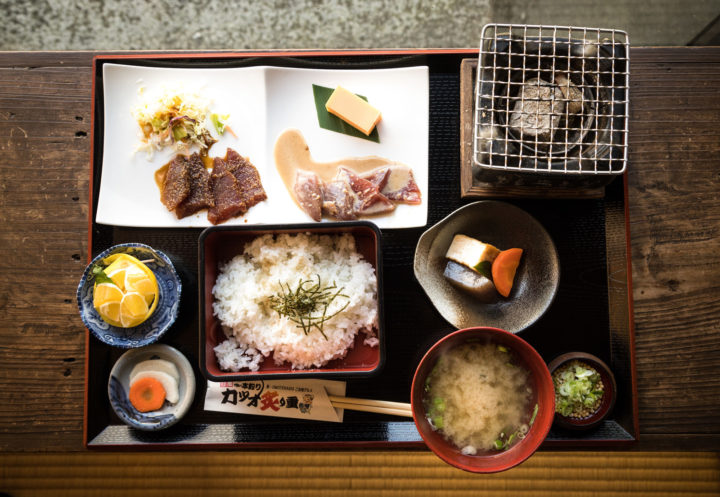 5. Avoid Eating Only One Dish at a Time

Did you know, there is actually an order when eating a Japanese dinner? In Japanese meals, it is common to have a lot of dishes on the table, and it can be hard to navigate through them. But all Japanese meals follow a specific formula and once you see it, it makes a lot of sense. For a typical Japanese dinner, it is common to see the main dish, a small appetizer, a bowl of rice, pickles and some broth or soup. Many foreigners make the mistake of systematically eating one dish at a time, before moving on to the next. What I mean is, a foreigner may eat the main dish and nothing but the main dish, then move on to eating only rice. The best way to eat a Japanese meal is to rotate throughout the dishes and to never focus on just one dish.

The reason for this is, the meal was created with harmony in mind. Each aspect of the meal is supposed to complement each other. The reason why rice is flavorless is that it should balance out the strong flavors of the main dish. Pickles tend to be salty with a sour tang, to cut through any oiliness you might encounter. My mother always told me to never finish the soup or broth before anything else was finished; the soup must always be the last thing you put into your mouth.

There is no particular way to eat, but try and make sure that everything will be finished at the same time. I, myself, like to eat in this order:

First, I will take a sip of the soup provided, this will also help get my chopsticks a little wet to prevent rice grains from sticking. I will then proceed to take a bite out of the main dish, followed by some rice. At this point, I could try the pickles with the rice to refresh myself, or I could take another sip of the soup. My point here is, I’m trying everything and rotating through the meal like a mini buffet for my mouth.

So, if you find yourself only eating the main dish – switch it up! Try some rice next.

Now you know what to avoid during a Japanese dinner!

With so many rules and the added challenge of having to read between the lines during interaction with natives in Japan; it’s all too easy to feel overwhelmed. Just remember to take things slow and try your best to be graceful about it. You’re not expected to get it perfect and even people living in Japan have a difficult time living up to expectations 100% of the time. However, an earnest effort in carrying yourself with respect while at the dinner table will earn you some serious brownie points. Apply common sense when eating with others as often as possible. Be conscious of where you place your chopsticks, be neat at the table, don’t be greedy, and think before you act. Just doing those things make a huge difference. The next time you find yourself having dinner in Japan, try to ask yourself “what should I be paying attention to here? What should I avoid?” Our strategy is to remain vigilant until everyone has had a few cups of Sake that way it’s okay to relax later in the night. You’ll most likely find it much easier to blend in and ultimately more relaxing for everyone at the table! Do you have any tips on how to impress everyone at a Japanese dinner? Let us know in the comments!

Hi there! I am half American and half Japanese. I grew up in Japan, Hong Kong and the UK and I am an aspiring writer and food enthusiast. I have lived in Japan for over 10 years and I have had a unique experience in Japan because of my nationality and background.