6 Contemporary Japanese Artists You Should Know

Japan has been idolatrized for its very traditional culture and its extravagant modern pop deviations, and even in the realm of contemporary Japanese artists, Japan is rich and exciting.

We will guide you through the profile of 10 contemporary Japanese artists – from music to fine art – you should know.

Soichi Terada, born in 1967, is one of the rare Japan-bord-and-raised DJs who made it to the international club scene, being renowned among the top DJs not only in Japan but abroad.

Focusing prominently on house music in its subgenres and variants, Soichi Terada gained particular popularity after composing tracks for the “Ape Escape” videogame series for Playstation.

Soichi Terada music influences span from classic house and hip-hop to Japanese city pop, which he incorporates freely in his productions.

Noways he is a regular DJ not only in Japanese clubs but also in iconic club culture cities such as London, Amsterdam and Berlin. 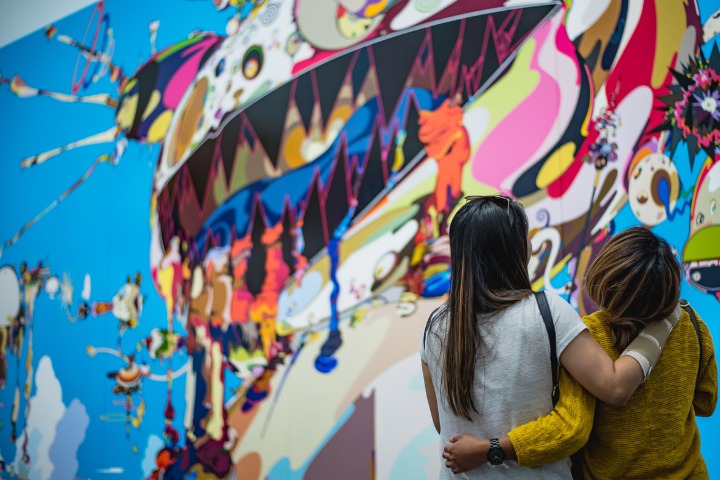 Takashi Murakami, born in 1962, is the artist who theorized the “Superflat” theory which has become the manifesto of a new movement of artists and has put an important spotlight on contemporary Japanese art.

Takashi Murakami coined the term “Superflat” in 2001, launching one of postmodern art’s most invigorated movements. Superflat is based on the compression and summarization of centuries’ worth of what he defines as Japanese “flat” art aesthetics, and it is inspired by the country’s distinctively unique post-World War II anime and manga boom.

The kawaii pop culture from Japan, the flat anime style, and glossy and colorful surfaces are all elements that Murakami strategically uses in his work.

Often categorized as a Japanese form of Pop Art, the extraordinary aspect of Superflat is that it has quickly developed as an international phenomenon, infiltrating all areas of consumer culture from high to low art.

His work has recently approached the virtual world of NFT (non-fungible token) art, that allows the end-user to own unique and non-exchangeable pieces of digital art on a blockchain.

Ryuchi Sakamoto, class 1952, is a Japanese pianist and composer. His latest album “12”, which was written in the span of 10 years accompanying the treatment for what was discovered to be throat cancer, guides the listener on an ethereal journey across a blend of mellow and romantic piano with aerial ambient-like elements.

Also famous as a music scores composer for movies, Sakamoto has composed soundtracks for acclaimed movies such as Nagisa Oshima’s Merry Christmas, Mr Lawrence and The Revenant.

Chiharu Shiota is a Japanese performance and installation artist. Japanese by birth and currently residing in Berlin, she was educated in Japan, Australia, and Germany. Shiota creates large-scale installations by stretching yarn across the exhibition space.

In her works, she interweaves materials and objects that are filled with memories and recollections of daily life with the experience of the space around us, to explore ideas around the mind, body and flesh.

Her installations transcend linguistic, cultural, political, and social barriers, and that is why she has been now presenting her installations in around 200 exhibitions across the world, including the 56th Venice Biennale.

Ryoji Ikeda, born in 1966 in Gifu, Japan, is both a visual and a sound artist, as well as an electronic music composer. In recent years he has gained popularity on an international level as one of the few artists who can effectively conjugate the two means of visuals and sound in a complementary and indissoluble duo.

Ikeda focuses  in particular on the essential characteristics of sound and visuals as vibrations and light, and adopts a “scientific” approach that refers to mathematics and physics.

Alongside pure musical activity, Ikeda has been focusing his production also on long-term projects such as installations, books, and CDs.

The duality of his work and the immersive experience he creates allow him to both expose and perform his work in both museums and festivals all around the world. 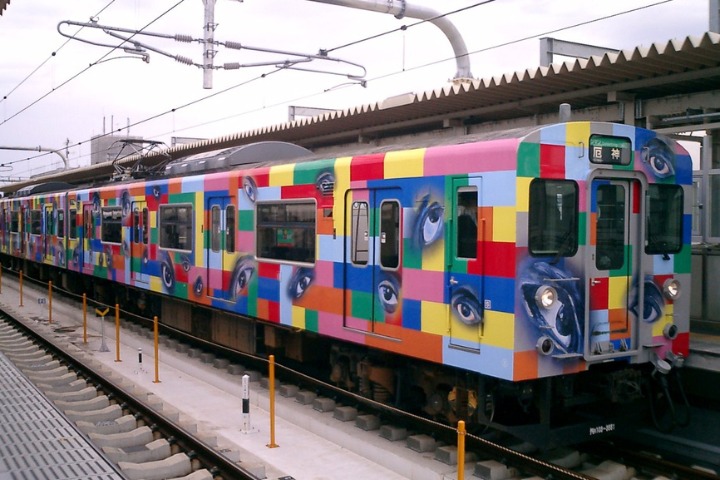 During the 1960s and 1970s, some small theatre companies started experimenting with new expressions and many theatrical posters were produced by graphic designers who were breaking conventional frameworks and expressing the experimental nature of the theatre. Yokoo was one of the leaders of this movement.

And it was thanks to his encounter with this new genre of theatrical posters that he started his career as a full-time artist. His work increasingly gained attention and led him to win the Grand Prize in the print category at the Biennale for Young Artists in Paris in 1969 and he was able to hold  his first solo exhibition at New York’s MoMa in 1972.

His works spaces from graphic art posters and fine art paintings to design, all bind together by a pop-psychedelic common thread.

6 Contemporary Japanese Artists to Check Out

These are only some of the inspiring contemporary Japanese artists you should know that have and are shaking up the international art scene.

Have you found some artistic inspiration from one of these 6 contemporary Japanese artists? We suggest taking a leap into some of their visual and musical words to have a new point of view on Japanese and international art.