8 of the Best Comedy Shows in Tokyo | Guidable

8 of the Best Comedy Shows in Tokyo

Interested in the Best Theater, Comedy, or Improv Shows in Tokyo?

Are you looking to find theatre shows in Tokyo, but not sure which ones are worth going to? If you’re like me, then you might find yourself with a free evening and nothing to do. Are you worried you won’t find any good reasons to leave your apartment when you would much rather prefer to explore Tokyo, see exciting shows, or meet new and exciting people? Well, check out my list of 8 incredible English-friendly shows that you can count on to be there for you throughout the year. 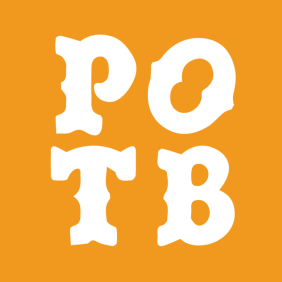 Improvisation (Improv) can be a hit or miss given that everything in the show is unscripted and done on the spot. But when it’s good, it is truly fantastic. Pirates of Tokyo Bay is the only bilingual improvisation comedy group in Tokyo, and they’ve been around for almost a decade now. The Pirates of Tokyo Bay show is in the style of short-form improv, which means they play several 3-5 minute games using audience suggestions (similar to the TV show Whose Line Is It Anyway?) and rotate the players onstage. The team with the most points at the end “wins” but that doesn’t really matter since everyone is just there to have a good time. In this show, they also alternate between playing games in English and Japanese. So, perhaps unlike stand-up comedy (or really any of the other shows on this list), this is a great show for taking your Japanese friends with not-so-great English proficiency to. Hopefully, you can sell it some of those Japanese friends that might be new to improv that half of the show will be in Japanese. They also try very hard to keep the show clean so, despite being in a bar, it is a good family show for ages ten and up. They usually perform one show at the end of every month on a Sunday night. Shows take place at What the Dickens! bar in Ebisu just around the corner from the Ebisu JR station. Tickets start at 2,500 yen (1 drink included) and go up if you want to reserve a front row seat. Doors open at 7 pm and the show starts around 7:30 pm. I recommend getting tickets in advance because they frequently sell out. For more information check out their website. 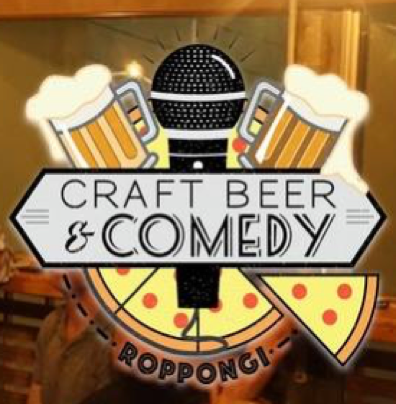 This Stand-Up Tokyo show (also called Comedy Sumo Slam) is a little bit of everything and a lot of fun. It features comedians in a competitive format. Two different 3-person teams must compete for audience approval and points are then awarded by the host. They combine short stand-up sketches, some improvised games, one-liner contests, and topical pieces from audience suggestions. There isn’t really anything at stake (other than bragging rights), but that does not stop the show from being laugh-out-loud funny. The show happens about twice a month on Saturday nights at Two Dogs Taproom in Roppongi. Tickets are 1,500 yen at the door and include one drink. The show starts at 7:00 pm, but make sure to show up early to claim one of the limited seats. If you can manage to get a table, do your yourself a favor and order one of Two Dogs incredible pizzas! Check out their schedule for specific show dates.

One of the more professional stand-up comedy shows in Tokyo, is hosted at the new hip Millennials Shibuya Hotel. A recent but powerful addition to the Stand-Up Tokyo line-up. This show features the best comedians in Tokyo and also notable guest performers and headliners from around Japan and the world that you might not get to see otherwise. Tickets to this epic show will cost you at least 2,500 yen, which puts it on the more expensive side of this list but that also includes one drink if it makes you feel better. The show takes place in a Millenials common room that has been converted into a performance space so there is no actual bar. Subsequently, the drink selection is fairly rudimentary (a few beers, a couple of wines, a few soft drinks), but then again, you are going for the jokes, not the drinks. Despite the relatively hefty entrance fee, there is an excellent chance that you will not be disappointed. Since this show is new and consistently well attended, you should definitely try to get tickets in advance, especially since that usually means somewhat of a discount. More information can be found on the Stand-Up Tokyo website.

Want to see some intense and impressive Chicago/Los Angeles-style long-form improvisation? Then you should definitely mark this show into your calendar. About one Friday night per month, a team of the best improvisers from the Tokyo Comedy Store get together to do an amazing improv show at Crocodile bar in Shibuya. This dive bar has a great stage and the performers use every inch (cm) of it. The first half of the show is short-form improv games (sometimes even pulling audience members onstage!) Then the second half is a 45-minute long musical based solely on a title suggested by the audience. They improvise the scenes, the story, and even the songs on the spot as they weave together the different situations and characters bringing it all together at the end. It is quite impressive. This show usually draws an extremely international audience from English-speaking countries all of the world so you will not be alone. Tickets are 1500 yen at the door or online. Check out Tokyo Comedy Store on Facebook or on their website.

Do you like Dungeons and Dragons? Do you like comedy? Do you like drinking? If you answered “yes” to at least 1 of those questions, then you’ll love Roles for Initiative! As a huge nerd myself, this is one of my favorite shows in Tokyo. The premise is that four local comedians (one as the dungeon master and three as players) play a very loose version of the classic fantasy paper-and-pencil role-playing game onstage. Don’t worry if you are not familiar with Dungeons and Dragons because they focus a lot more on having a very fun and very weird collective storytelling experience rather than math or rules. And if something comes up that you do not understand you are welcome and encouraged to ask. It’s okay. The show is very interactive. Roles For Initiative is usually held the last Tuesday of the month at Good Heavens Pub in Shimokitazawa, an easy few blocks downhill from the station. And the best part? It’s completely FREE! You are encouraged to buy at least one drink to support the bar but the selection is good and the prices are reasonable. Instead of charging admission, they take up a collection for Tokyo English Lifeline (TELL) that offers English-language emergency counseling and support to foreigners living in Japan. Find out more about their shows on their Facebook page.

Do you often find yourself free on Wednesday nights? Then head over to Setagaya for one of the best stand-up comedy shows around, and it happens every week! Stand-up Tokyo’s self-described “flagship comedy show” features some of the best local stand-up comedians as well as occasional regional and international guests. Also hosted by the wonderful and cozy Good Heavens Pub in Shimokitazawa, here you will see professional comedians as well as “rising stars” getting their first taste of success in front of good-sized (non-comedian) audiences. The doors open at 8:00 pm and the show starts at 8:30 pm. Tickets for this show are 1,500 yen and include one free drink. Get there early to grab a good seat and check out some of Good Heavens’ delicious food options. More information about specific show themes and exciting guest performers can be found on Facebook or the Stand-Up Tokyo website. 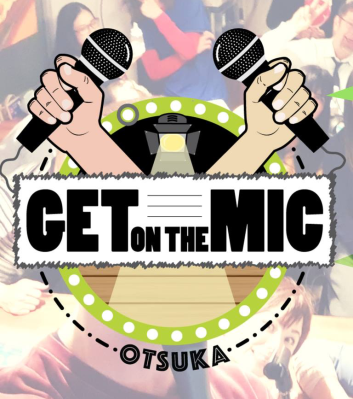 Do you think you have what it takes to be a comedian? Do you want to try out some of your best jokes? This open mic sponsored by Stand-Up Tokyo is a great place to start! Get On The Mic is a solely stand-up comedy open mic. Hosted at Titans bar (just a few steps from Otsuka JR station South exit) comedians can sign up for a spot on the list starting at 7:30 pm. Anyone on the list gets 4 to 5 minutes to do whatever you want as long as you try (and hopefully succeed) to be funny. Everyone from first-timers to local veterans will be there to try out and work new material. Not a comedian? No problem! They still need an audience. Anyone is welcome to watch, and the show is 100% FREE! Not good enough? Well, Titans also serves up delicious craft beers as well all night long for only 500 yen. Now that is an amazing deal! Get On The Mic happens every Monday at 8:00 pm. Look for more information on the Stand-Up Tokyo Facebook page. 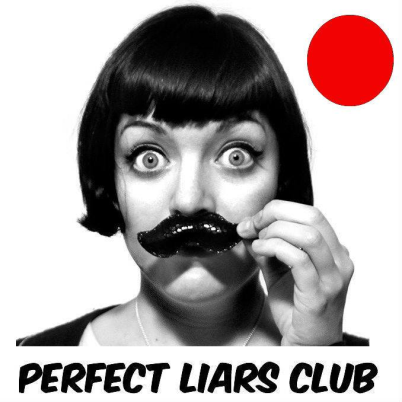 This is one of the more unique shows in Tokyo and the only one on this list that is not necessarily a “comedy” show in the strictest sense. Four people get up in front of the audience and tell a story from their lives. Sounds simple enough. However, the catch is that one of your storytellers is lying through their teeth. In the second half of the show, the audience gets to ask whatever questions they have to scrutinize the stories and try to pick out the bogus tale. At the end of the show, a vote is taken on who everyone believes to be the liar. It is a very interactive show that challenges the audiences attention to detail as well as their gullibility. The storytellers are not performing jokes but tend to be performers and comedians so the stories and the following cross-examination tend to be rather humorous. Perfect Liar’s Club is the third show on this list hosted by Good Heavens Pub, so if you have not noticed, Good Heavens is a great place to see shows in Tokyo. I highly recommend checking them out. Perfect Liar’s Club happens about once a month on a Friday. Tickets for this show range from 1,700 yen advanced purchase to 2,000 yen for a normal ticket to 2,500 yen reserved seats, and they all include one drink. This show is utterly unique in Tokyo and well worth seeing. More information about specific show themes and the next show’s storyteller line-up is available on theirFacebook page.

Go Check Out Our Best Picks for Comedy Shows in Tokyo!

Do you want to see all of the shows? Well, you CAN since these are all recurring shows. Which shows are you planning on seeing first? Which one was your favorite? Which shows are you planning on seeing again and again? If you attend multiple shows you may end up seeing some of the same talented performers. Remember: If you liked the show, don’t be shy, say hi! You just might make some new fun friends.