Advice from your senpai: Struggle of National Speech Contest Champion 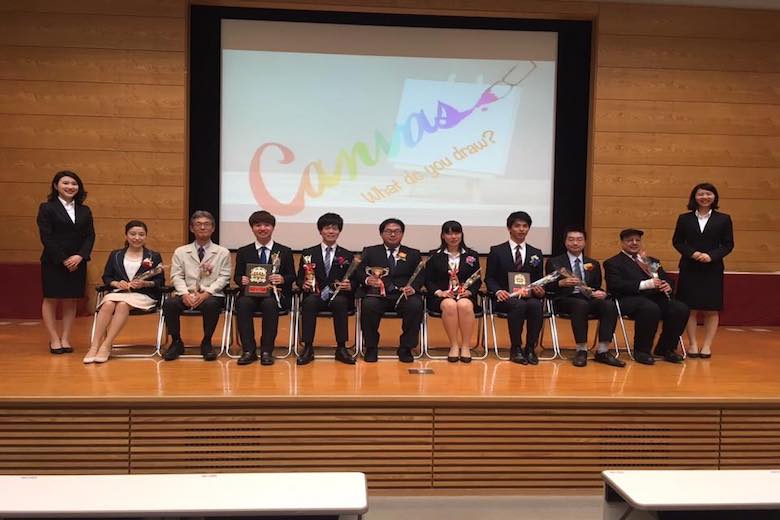 As a foreigner, you might hesitate to join a circle that is intended for Japanese students to join. Ray is from Indonesia, and he is now joining the Speech section of English Speaking Society, and has become the Champion of the Japan speech contest. Today we are very honored to have an opportunity to talk to the best- speaker in Japan, about his struggle and achievement in Japan.

Ray is a third-year student of Sophia University, and he is now participating in the speech section of an English-speaking society circle in his University.

Ray speaks almost perfect Japanese that the whole interview was done in Japanese. However, when he first came to Japan two years ago, he still had to rely on English when he talked to people.

“ I did not have any chance to actually speak to people in Japanese, so my Japanese was not fluent enough so I had to use English to talk to Japanese people,’ said Ray.

‘I chose to join a eigo-kenkyu kai (English Speaking Society) in the university. At first I thought the people are going to talk in English, but I realized that most of the students were pure Japanese who only speak Japanese, so all the conversation in the club was done in English.’

‘It disappointed me at first, and I thought of resigning from the club. However, I thought it would be a good chance to train my Japanese in a more practical way,’

After 2 years, Ray can speak Japanese in almost native level!

‘In the English Speaking Society, we practice twice a week, it is really a good chance for me to practice my English as well!’

Struggle as a foreigner

As ray entered University from the Autumn semester, he has to join the circle in the middle of the semester.

‘When I entered the club, my senpai (senior) treated me really well,’ said Ray. ‘There were 2 senpais who were returnees from oversea, and since we were in the same faculty, they were really kind to me. However, things changed after my senpai has retired and switched to the next generation.’

Ray became the section leader who was the leader of his team.

‘When I was still a freshman, I saw my section leader being the chief support of his teammates. Whenever somebody had any concerns about his school life, he or she would talk to the section leader. I succeed the role as section leader from my senpai, and I thought that it was my job to support my teammates like my senpai did,’ said Ray.

‘However, when I became the section leader, I felt that there was a wall between my teammates and me.’

‘ When my teammates had any questions about their speech, they would first talk to Senpais that they could easily talk to, and not to me. I felt like they were afraid to talk to me because I am a foreign student.’

‘ Once I was really upset because my teammates had a gathering, and I was not invited,’ said Ray, ‘I realized it when I looked at the SNS and saw a picture with everyone hanging out together without me,’ 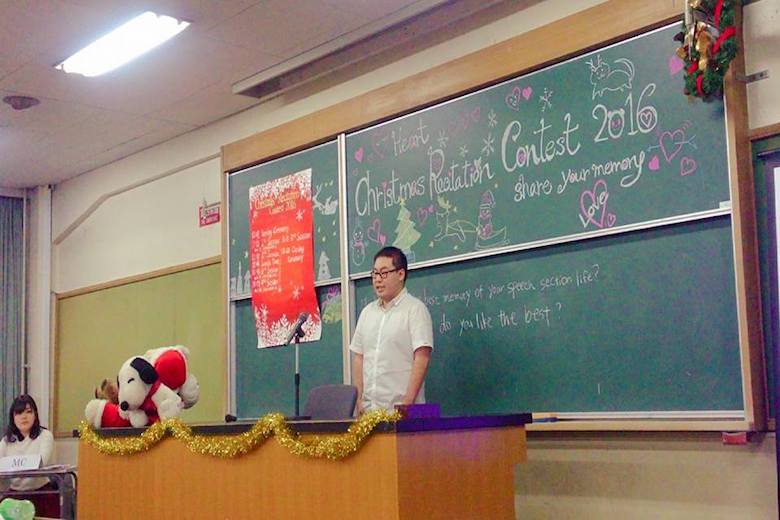 ‘ I was surprised that some participants were speaking very good English. For example students from Aoyama Gakuyin University were returnees and their level of English were really high. I thought it was really difficult to win because I am not a native English speaker,’

Despite of the highly competitive environment, Ray had successfully won the tournament and became the Champion.

‘I gave a speech about “Dream”. I chose this topic because I wanted to give hope to my Kohai (Junior). Before you enter a Tournament, you need to send your recorded speech to the judges. My Kohais were rejected to participate in the tournament, and they became to lose courage. I wanted to encourage them in my speech not to give up their dream.’

‘I mentioned in my speech about my decision of going to Japan. When I decided to go to Japan, the people around me said that there’s no way for me to survive in Japan. However I came to Japan and achieved my dream!’

Advice to Foreign students who are in Japan

There are many foreign students who are like Ray who are joining circles that are intended for pure Japanese. It is inevitable that there is a gap between Japanese students and foreign students, and sometimes it is really hard to get along with them. Ray suffered a lot with it, but he is able to make a lot of friends and achieved his dream.

‘In my speech, I mentioned “Never give up your dream!” You may have a hard life in Japan; you may feel isolated and discriminated, but you should remember that there are a lot of supporters around you! If you have something unpleasant, you are free to talk to me, and any people around you. There is always someone that helps you!’ 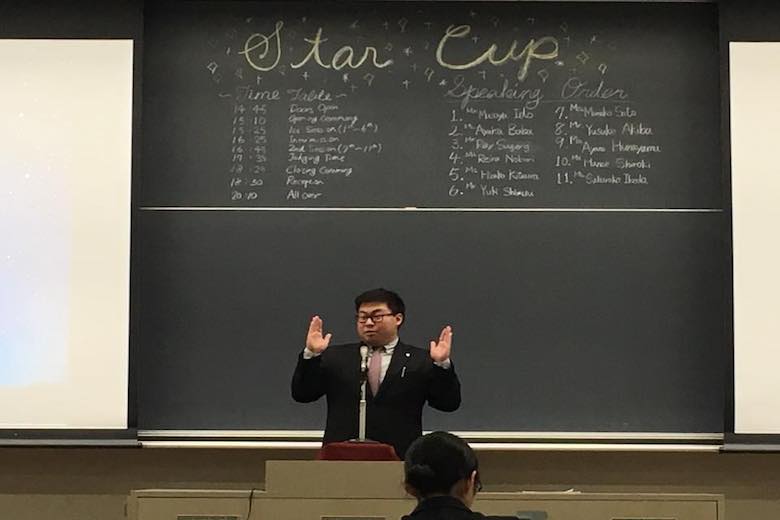