Advice from your Senpai: Things you need to know if you want to live in Japan for long! | Guidable

Advice from your Senpai: Things you need to know if you want to live in Japan for long! 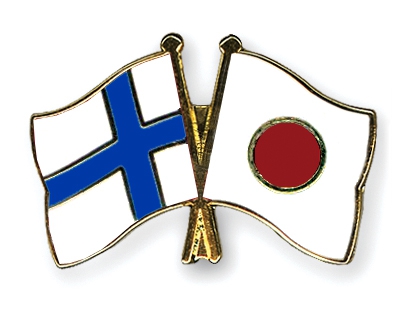 Listen to Mrs. Okuda, who has lived in Japan for more than 35 years!

I think there are many people who wants to live in Japan and become a Japanese citizen eventually. You might want to get married with a Japanese, and build a family in Japan. So today, I want to introduce you to Mrs. Okuda, who have lived in Japan for more than 35 years.

Mrs. Okuda is from Finland. She is married to a local japanese, and she has been living in Japan for three decades now. She is already working as a Russian language teacher at Tokai University, as well as teaching Finnish language privately.

‘I was surprised that there are quite a number of Japanese people who want to learn Finnish, because when I first came to Japan I did not think that there would be many chances for me to teach Finnish’ said Mrs Okuda. She is currently teaching Finnish to 15 students. “There are more and more students willing to study Finnish. Some students used to study abroad in Finland, and we are strictly only speaking Finnish during the class,” It is actually surprising that there are many Japanese who are eager to learn a language other than English.

What Difficulties did you face when you first came to Japan?

When she was asked about the life in Japan, Mrs. Okuda said the most difficult thing to adjust is the food culture in Japan. “I think the food is the major thing that you need to adjust. It usually takes 1 year to get used to it,”  Mrs. Okuda mentioned. There’s a huge difference between the Japanese food culture and my home country Finland.

Mrs. Okuda also pointed out that language is also a major difficulty, ‘Even if you learn Japanese outside of Japan, the words that Japanese people use is really different from those that appear in the textbook. It’s quite difficult to make proper communication. For example, when a person says ‘I’ll call you again’, it means he or she will never call you back. Also when a person tells you ‘Ojamashimasu’ (Sorry for disturbing you) and you say ‘zen-zen iiyo’ (not at all, it’s okay), but you actually think the other way around.” She said whatever language you learn, you will face the same difficulty, “I see the same problem when I am teaching japanese students Finnish, even if a student study Finnish for 3-4 years, he or she may not be able to understand what a native speaker may express.”

What problems will you face when you marry a Japanese?

I bet there are many international students who want to marry a Japanese, and have a stable life in Japan. Mrs. Okuda said the first thing you need to endure is the long working hours of the  ‘Salaryman’. “If you want to live in Japan, it is difficult to balance out your role as a worker and as a mother.

It’s still hard for women to work in Japan. To be more specific, Mrs. Okuda said ‘It is difficult for you to take care of your children while you are working. Your husband won’t be around in the house often because he needs to work long hours, so if you can’t endure this kind of lifestyle, you might want to think twice and reconsider’

‘For men, if you want to work in Japan, I think there are actually a lot of opportunity for you to find jobs in Japan, because Jobs relating to IT or English are very in-demand here.’ Mrs. Okuda says. ‘However, you need to adjust to the Japanese working culture; you need to keep working from day to night in Japan. There are not many free-times in Japanese companies, so you need to be able to accept this kind of working culture. Also in Japan, people can’t take long holidays; People only have 2-3 weeks holiday during summer and that may sounds unacceptable to European people.’

‘It’s normal for us to take 4-5 weeks holidays, and if we can’t do so we might think, “What’s the point of working?”’ said Mrs Okuda. ‘You do not have time to spend with your family, and moreover, the salary isn’t that good either!’

You have to accept that japanese people say things very indirectly. Also, when you live with a person who shares a different culture and language, at first you will often argue and disgree. When Mrs. Okuda started her life with her husband, she argued a lot with him.

‘Japanese people say things very indirectly, sometimes it is difficult to figure out what they really want,’ said Mrs. Okuda.

Mrs. Okuda raised an interesting point why it is difficult to understand Japanese people. Mrs. Okuda said it is because of the sentence structure of the language.

‘It is true that sometimes we say things too directly that may offend Japanese people,’ said Mrs. Okuda. ‘Also, as it took me a long time to adjust to the life in Japan, I guess my husband found it more difficult to adjust to me. We argued a lot but it was also fun at the same time, so I guess it is okay to argue with each other!’

How do you perceive ‘Being Ha-fu’?

If you marry a Japanese, inevitably your children will become ‘Ha-fu’ (biracial). In the interview, Mrs. Okuda shared her viewpoint towards ‘Ha-fu’ in the Japanese society.

Forming Your Identity as a ‘Ha-fu’

Mrs. Okuda’s daughter is now working in Japan. Being half-Japanese and half-Finnish, she is able to speak both languages. However, most of her conversation at home is done in Japanese. Mrs. Okuda says she takes her daughter to Finland every holiday, so that she also fully understands the Finnish culture even though she hasn’t lived there.

Mrs. Okuda said it is actually a challenging problem how a child is going to form his or her identity. “My daughter lived in Japan and went to a japanese school, so maybe she has considered herself as Japanese. However when she went to Finland during holidays, she also considers herself as Finnish.”

“It’s natural that the language she is using daily will become her strongest language, so her Japanese is way better than her Finnish.” Says Mrs.Okuda “I think she has formed her identity now, but when she was still a teenager, she was struggling a lot because she is considered as ha-fu in Japan and considered as Japanese in Finland. So when she was young, she cried out ‘I don’t belong anywhere’. I think all biracial children face the same issue as they grow up.’ ‘I cannot understand her pain fully because I am not a ha-fu, but I can feel that children struggle a lot with their identity.’

Should we use the term ‘Ha-fu’?

It’s also a controversial issue whether using the word ‘Ha-fu’ is appropriate or not. Some people think the word ‘ha-fu’ is offensive. Mrs. Okuda said “ I think the voice from biracial people should be considered more. I think people should just call them the way they really want to be called.”

If a foreigner wants to live in Japan for long, what should he or she do?

If you want to live in Japan for the rest of your life, what should you do? Mrs. Okuda said it is really important to learn the language properly. “I really recommend you to learn Japanese properly. If you want to fully fit into the Japanese society, you really need to be able to read and write Kanji decently. I think you should learn them properly when you are young,’

“If you think life in Japan is hard, remember the reasons why you came here. You must have a reason why you came to Japan. So find a place where you belong to. Friends and family are very important too.”