Have you ever heard of chinmi, Japan’s rare delicacies?

Chinmi (珍味), which is written with the characters for rare or unusual (珍), and taste (味), is usually translated as “rare food” or more commonly, delicacy.

In certain areas, including more metropolitan areas such as Tokyo, it is becoming increasingly difficult to find chinmi, as their popularity has faded away over time.

Depending on the region, each has its own chinmi specialities worth trying for a more profound cultural experience in Japan.

Here is a list of popular chinmi specialities and their locations for you to have a visit and try.

Ika nankotsu is made using the cooked cartilage of squid and is a unique way to enjoy the taste of squid traditionally. Literally translated to “squid cartilage”, it is enjoyed fried with a crunchy exterior and makes for delicious finger food to liven up your snack time. 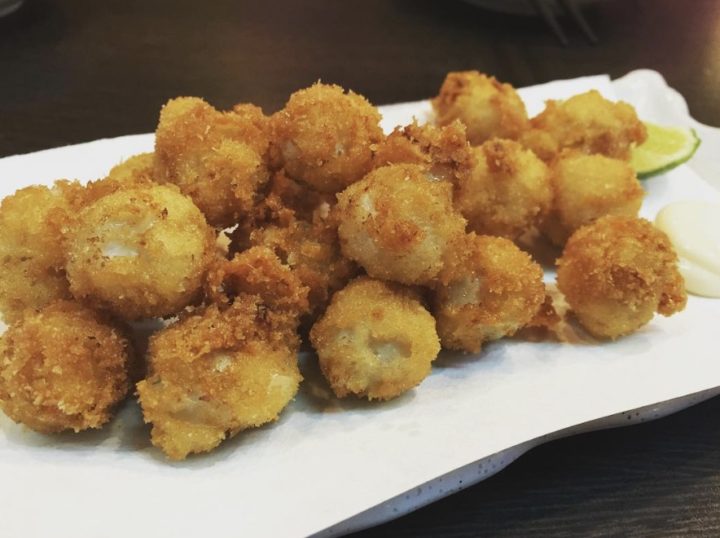 Our next chinmi is saketoba, a traditional Otsumami snack that has been around for a long, long time and is popularly known as a speciality product of Hokkaido.

Saketoba can be described as a salmon jerky, made by cutting pieces of salmon into super-thin slices and ideally left with the skin on one side. The pieces are then dried and eaten as a snack with sake or as an accompaniment to other alcoholic drinks.

This is another speciality dish from Hokkaido, originally from an area called Matsumae.

Matsumae-zuke is a pickled dish consisting of several ingredients. Dried squid and kombu seaweed are wiped with a wet cloth before being cut into strips and added to diced herring roe and vegetables, which are then mixed into a pre-boiled mixture of sake, soy sauce, and mirin.

The mixture is finally stored in a cool place for about a week to create the best taste food before eating.

Another Hokkaido speciality is mefun, which consists of chum salmon kidneys pickled in salt until they become a black, brownish color.

Mefun is the perfect side for your alcoholic drink and is a popular side dish, especially among those from Hokkaido.

Awabi no kimo is a famous delicacy from the Tohoku region. Awabi can be translated to ‘abalone’ in Japanese, while kimo means liver or organs. The ground innards of abalone are commonly stir-fried with sake, soy sauce, mirin, sugar, and dashi stock to cancel out the smell and give it a very delicious taste!

Momijizuke is a mixture of sliced fresh salmon and ikura marinated together in a soy sauce marinade. Not only is it the perfect side dish for Japanese sake, but it is also a favorite dish within the Tohoku area.

Another of our amazing chinmi is tonburi or, as it is known in English, “Land Caviar,” because it has a very similar shape and taste to the more widely-recognized black caviar. 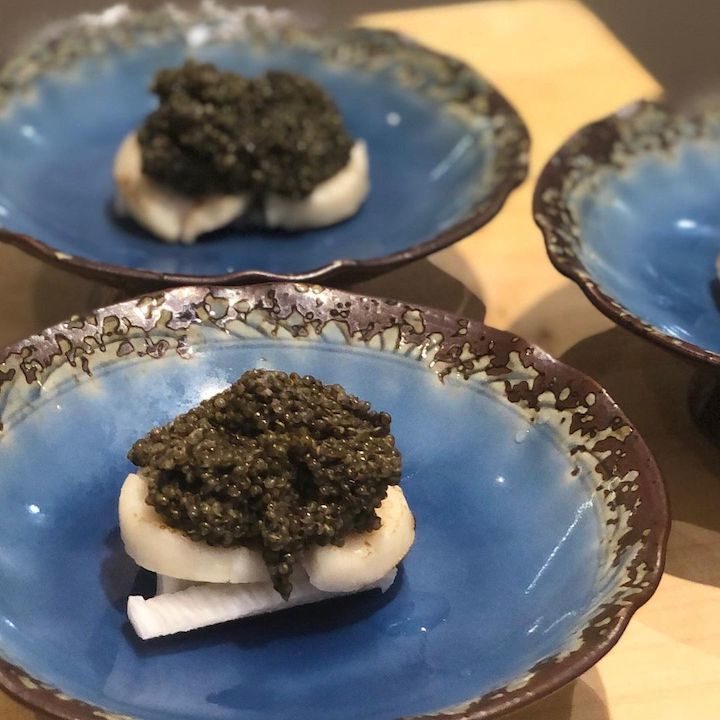 Tonburi originally comes from the plant bassia scoparia, and are the seeds of this summer cypress plant from Akita prefecture.

It is made using a tedious process that involves various stages of washing, drying, and preparing the seed and can be added or mixed to anything because of its subtle flavor, but it mostly comes with a soy sauce mixture as a side dish.

Another way you can eat tonburi is as a part of a furikake seasoning on top of rice.

Ankimo is made using the steamed liver of the anko fish (monkfish) and is commonly called the fois gras of the sea for its rich flavor. It is often rubbed with salt and rinsed in sake before being cut into thick slices and served with spicy grated daikon radish and ponzu sauce.

Kusaya is a dried and fermented fish originally from the Izu islands. Its strong, pungent smell has been compared to that of the Swedish fermented herring surstromming and is a result of the years-old brine used, which is often passed down through families as an heirloom.

Kusaya has a pretty strong smell, but its taste is quite mild, so it can be eaten with local drinks or sake for the perfect snack time. 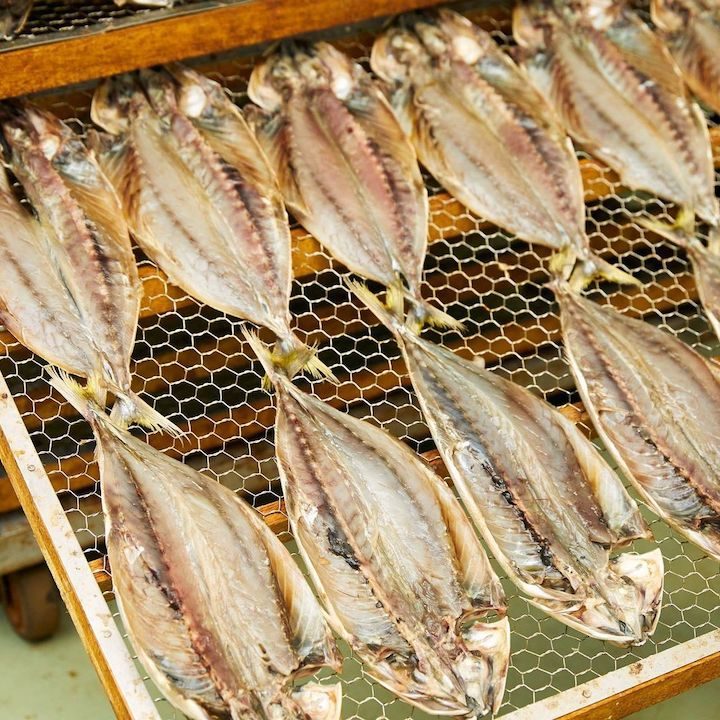 Karashi mentaiko is a Japanese spicy cod roe marinated in togarashi chilli and other spices. It is a popular side dish, often used as a component in other Japanese dishes, but it is most commonly eaten on top of rice. 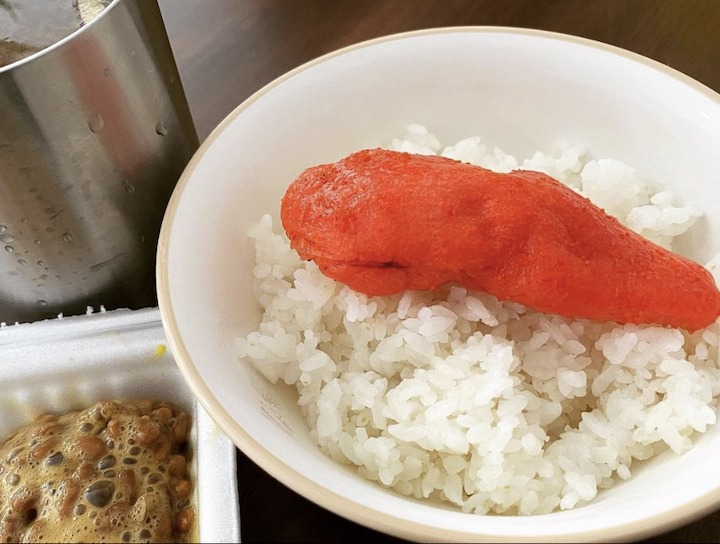 Karasumi is made by salting mullet roe and drying it in the sunlight. It is commonly seen as one of the most highly-priced Japanese delicacies, and a cup of sake best accompanies it.

As written in Japanese, umibudo can be translated literally as “Sea Grapes,” a kind of seaweed in shape of small bunch of grapes. They are harvested for their wealth of vitamins and minerals.

You can find umibudo all around the Okinawa region, and they are sold almost everywhere there is a beach.

Why Not Go and Try Each of the Chinmi Delicacies Japan Has to Offer?

If you are a traveler willing to try local dishes, why not go for a chinmi food tour? They are all worth trying at least once!

With diverse local tastes and a long culinary history, chinmi food delicacies around Japan will take you to another level when it comes to Japanese cultural immersion and travel.