Cultural Shock in Japan when commuting by train | Guidable

Cultural Shock in Japan when commuting by train

Cultural Shock in Japan when commuting by train

Railway transport in Japan is a highly developed means of passenger transport, especially for the mass and high-speed travel between major cities and for commuter transport in metropolitan areas. As for foreigners coming to Japan, you might be astonished by the complexity, variety and efficiency of such transportation. Meanwhile, you might also be wondering how to use such means of transport and how to abide by the appropriate Densha (trains) manners. In this article, we will introduce some of the cultural shocks that you might encounter when commuting by train and some of the basic manners that you should keep in mind while commuting. 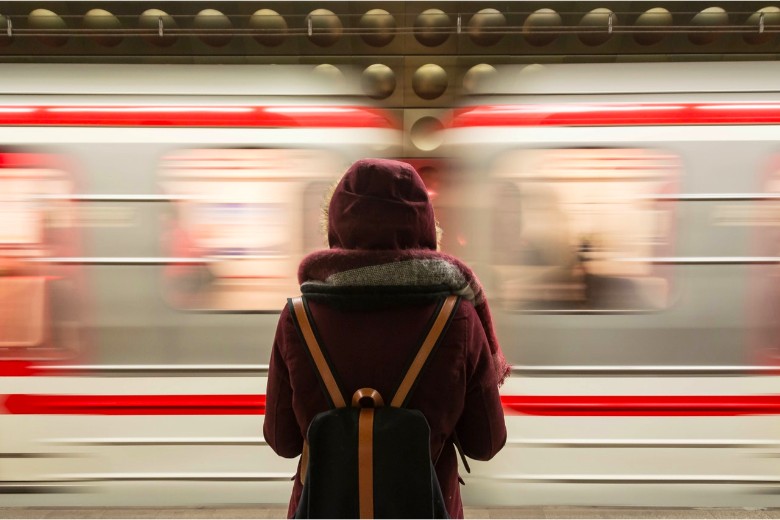 Have you ever encountered the Japanese Tsukin (Commuting) Rush on your way to school or back from work? The train is so stuffed with people that you feel like you could not even breathe or move inside the train compartment. But do you know that even under such circumstances there are certain rules that should not be forgotten? You may need to carry your backpack in the front instead of carrying it on the back although it’s called a backpack. One reason is that as you carry your backpack on the back, people who get pushed by the crowd might accidentally be pushed toward your backpack and get hit by the accessories or hard materials attached to it.

Another reason is that as you carry your backpack on the back, more space is taken above the waistline and thus makes the train seemingly more crowded. But in the case of handbags, the situation might be different. Imagine that you are standing in front of the seats and experiencing a sudden stop, out of inertia, your bag might hit directly into the face of the passenger sitting right in front of you! Ouch! That must hurt a lot! Under both cases, putting your bags on the ground helps you avoid causing troubles or unpleasant conversations. But the most recommended way is always to put your bags on the shelf above the seats.

Have you noticed the pink signs on the train window as you commute? These signs are used to mark the time during which the train/compartment is used as a “female only train”. Such system has been adopted to protect the rights of females against the Densha Chikan incidents (instances where females get sexually harassed by strangers on the trains) that happens frequently when the trains are crowded. Depending on the regulations set by different companies, females in Japan can choose to take the “Female-only train” during rush hours or even throughout the whole day. 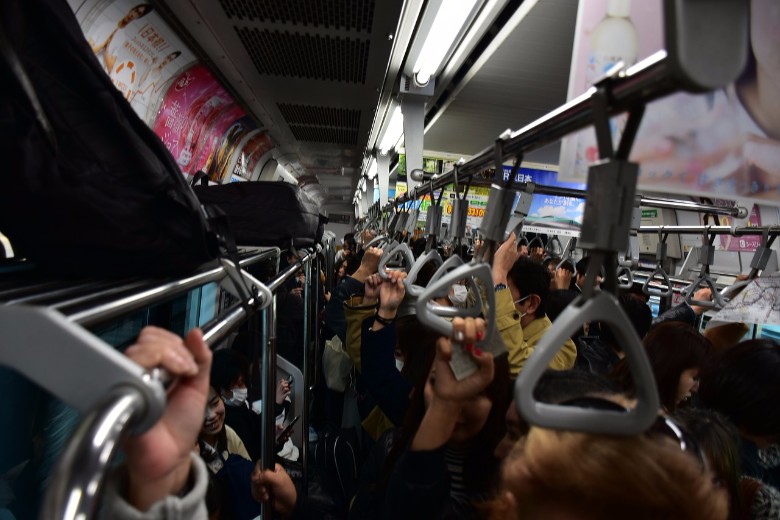 Another cultural shock you might experience on the trains is that you are refrained from talking on your phones when commuting. If you pay attention to the broadcast voice-over on the trains, you might have already noticed this. The reason is that the noise of your conversation might cause discomfort or annoyance to other passengers around you so for a comfortable environment on the trains, what you should do is turn your phone to silent mode (mute) or simply text your friend or colleagues instead. Out of the same reason, listening to music at excessively high volume is also prohibited in the trains. However watching videos or playing games while not disturbing passengers around you is allowed. That’s why you see so many salarymen playing Love!Live! to release stress on the trains.

Although there are no specific rules prohibiting eating or drinking on the trains, you seldom witness Japanese people eating or drinking on the trains. Although “when in Rome, do as the Romans do” is always the best way to go, what if you have a crazy schedule and do not have time to have a meal except during the time you commute? There are some tips for you. The first is that you should always pay attention to food with strong smell. It would be extremely unpleasant to walk into a compartment filled with smell of salad dressing or cup noodles so please refrain from eating such on the trains. Another tip is to not chew loudly on trains. The noise of you chewing might cause discomfort for passengers around you. Although it’s generally considered acceptable to drink water on the trains but spilling water or drinks during a sudden stop happens once in a while so please be careful. 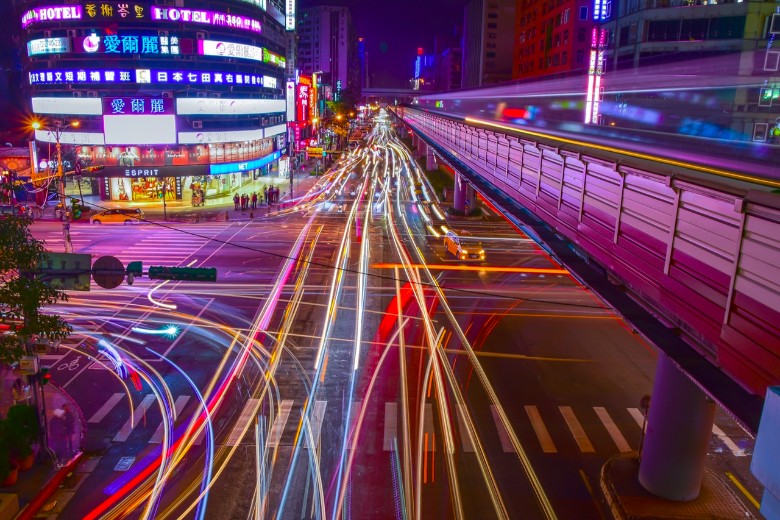 The trains in Japan follow a strict timetable that could be found on the huge boards at the platforms or accessed online. If you have an appointment and need to be on time, it’s best for you to check the train schedules in advance. When you are on the train and wondering if the train is on time or if you could successfully transfer to another line, the train broadcasts and mini-screens are good references. Although the trains in Japan are generally punctual, delays and accidents happen. In cases of accidents or delays, it’s possible for you to get a certificate from staff at the stations for proof or evidence. So next time, when you are late for work or school because of train delays, remember to get a certificate and submit it to your professors or supervisor.

Here are some other interesting cultural shocks that you might experience when taking the trains.

The Japanese society is symbolized by high discipline and strict rules so it’s important for you to pay attention to the train manners when commuting and get yourself accustomed to cultural shocks that might happen on the trains. For further references, see the interesting manga posters made by Tokyo Metro!