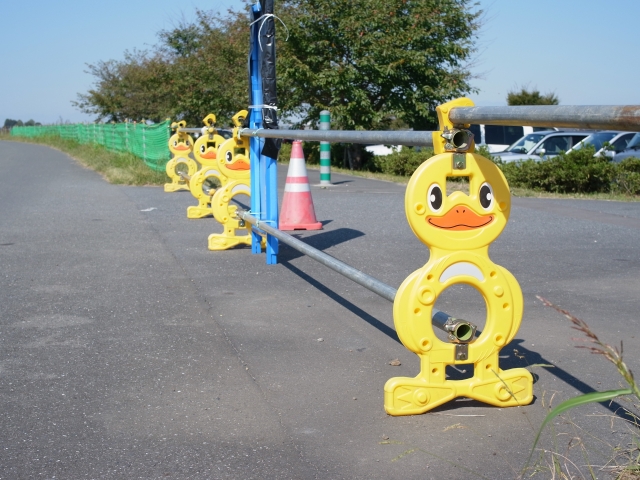 So why do Japanese people use these designed pipe barricades at construction sites? Why does it have to be cute animals? 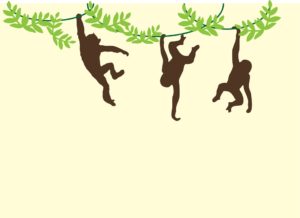 The first one that was ever created had a monkey shape and it became the hit item all over Japan shortly afterward. The monkey is raising both hands as if it is saying “Hooray!” which looks adorable and attractive to many people.

2. Any Other Types of Pipe Barricades? 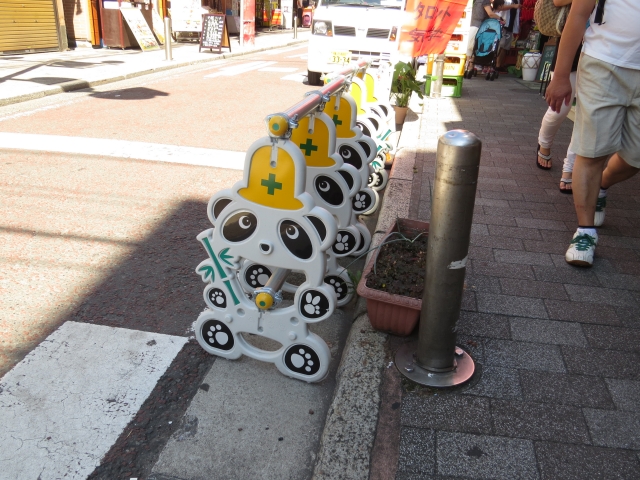 After Sendaimeiban created monkey shaped pipe barricades, they continued to create many other designs of animals:

Even more special, they started to make pipe barricades of official characters known as “yurukyara” in Japan such as Gunmachan (the official character of Gunma Prefecture), or popular figures like the Hello Kitty. However, there are strict contract rules regarding the use of these characters instead of common animals.

3. Unable to Change the Original Image of Official Characters 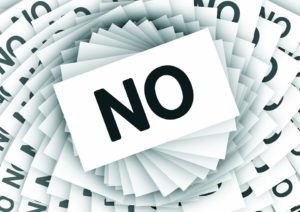 Japan is a land of various original official characters such as Hello Kitty, Kumamon, Gunmachan, and so on. In order to make this type of barricade even more popular and beautiful, Sendaimeiban had a strategy to create more kinds of pipe barricades at the construction sites everywhere in Japan that are related to local characters. However, to be able to do this, they first needed to get the permission for using these official characters. When filing contracts to earn the right to use these characters, they had to alter some designs so as to not change the original look of the character they are borrowing! 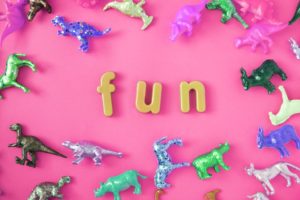 After this article, hopefully, you can understand why there are so many pipe barricades in the shape of cute animals or official characters in Japan. Animals and official characters version were made to fulfill the Japanese people’s simple desire of making the streets more fun to walk through and bring happiness to the normal daily lives of citizens.

Japanese people always adore cute or funny looking characters, so placing popular figures at construction sites can make the area much more pleasant to look at. Do you find them lovely, too? When you pass these special Japanese barricades, remember to take a picture and find your favorite ones!