Obsessed? ~Odor or flagrance in Japan~

Japanese people are usually sensitive to odor or flagrance in our daily life. As for younger people, most of them take a shower or a bath every day to keep them always clean. Decades ago, we used to be interested only in perfume to “wear” a “flagrance,” but people began to think that odor can be extinguished not be covered with another kind of smell (perfume.) That is how deodorant spray has developed in its quality, and people have been eager to depend on deodorant goods in Japan. Even when people use perfume, they are supposed to be clean by taking a shower/bath or by some deodorant preparation. For this time, I would introduce various ways to “wear” a “flagrance” in Japan.

When you visit a Japanese friend, you might be surprised to “meet” various kinds of smell in a house. In fact, people use several flagrances by air fresheners at home according to their purposes as the followings show.

#2: Living room: deodorant rather than flagrance because of the place mixed with various smells such as the ones from kitchen or smoke by cigarettes.

#3: Bed room: relaxing flagrance such as lavender which helps you have a good sleep.

#4: Bathroom: refreshing flagrance such as lemons or oranges which also works as a deodorant. 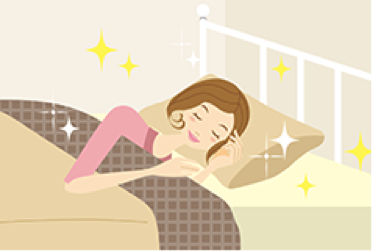 Have you ever been annoyed with unhappy smell when you use air conditioner in a car? As you know, it is caused by fusty air which contains the smell of rain, food or smoke by cigarettes. In order to prevent those situations, some companies invented an air freshener for a car which can be attached to wind outlet. As you can imagine, when air bump into it, good smell will be brought to you. 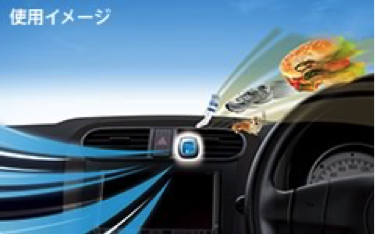 For other purposes, we depend on some deodorant goods as the followings show.

You will often see advertisings of deodorant goods on television in Japan; “Fabreeze” and “Resesh” are representatives of them. You will meet either of them everywhere, and be welcomed to have a quick mist.

《Will you try Japanese flagrances?》

Nowadays, there are many kinds of flagrances for air fresheners or deodorant goods in Japan. The ones smell like perfume, soap, fruit, flowers have been popular in Japan, and the quality of them has always been improved for us to enjoy new ones released one after another. Cleanliness is the first, and wearing flagrances in every situation will also help you being popular in Japan. Why don’t you try them?