《What is Osechi Ryouri?》

We have a traditional feast at A New Year’s Day called “Osechi Ryouri” in Japan. Apart from a feast at Christmas, the dishes are very Japanese, and we have a special box called “Juubako” to be packed with various kinds of food. “Osechi Ryouri” has a long history back to hundreds of years. “Osechi” has an original meaning; a year has five terms (Sechi) according to ancient China, and we have followed their custom to have special feast at the end of each term. In early times, the special feast was served only among royal families, and has spread among common people. ”Osechi“ which falls on A New Year’s Eve has become the most important turn of the terms of the five, and people have come to cook “Osechi Ryouri” on the day with adding some wishes to it. Let us PICK UP some of them to be eaten with our EYES! 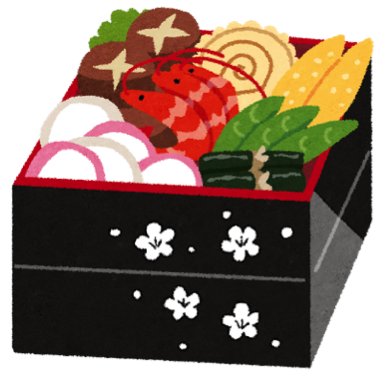 《What are the dishes?》

→ Mame means soy beans which is a symbol of health.

→ Plenty of roes of herring is a symbol of prosperity.

→ It is a symbol of sunrise. Kamaboko are usually served with red (pink) & white color; red one symbolizes auspiciousness, and white one symbolizes holiness.

→ It symbolizes gold (treasure) because of its color. Chestnuts are symbolized as victory as well.

→ Japanese “yorokobu” means rejoice; kobu can be counted in as an auspicious one. 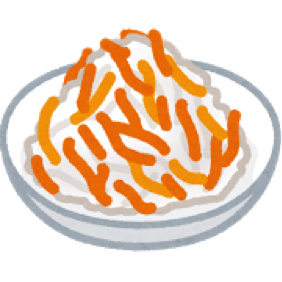 → Grilled shrimp symbolizes longevity because it looks like an old man/woman whose waist is bent. 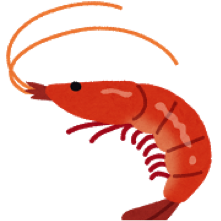 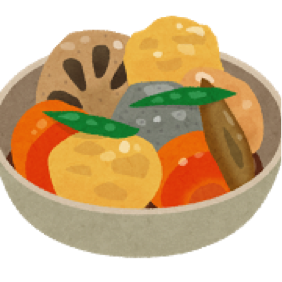 Although recipes of “Osechi Ryouri” have been handed from generation to generation, the number of people cook by themselves seems to have decreased nowadays. Because of the situation above, department stores, supermarkets, and convenience stores have been competing in the market of “Osechi Ryouri” by supplying delicious and beautiful ones. You can check those with their catalogues at their sites, and try to surround “Juubako”(special box) with full of delicious and meaningful food.