Senso-ji Temple, known for Tokyo’s oldest temple is one of best destination for many years. It was originally built in 628, and become popular among the people since the Edo era. In 1930s, subway operated between Asakusa and Ueno, 2 popular shopping districts in Tokyo at the time (present Ginza Line) has been opened and became more convenient famous and now 30,000,000 people visit the temple per year. Though there are lots of places to see, but first things first, you need to know about the main hall, famous shopping arcade, and temple gate. 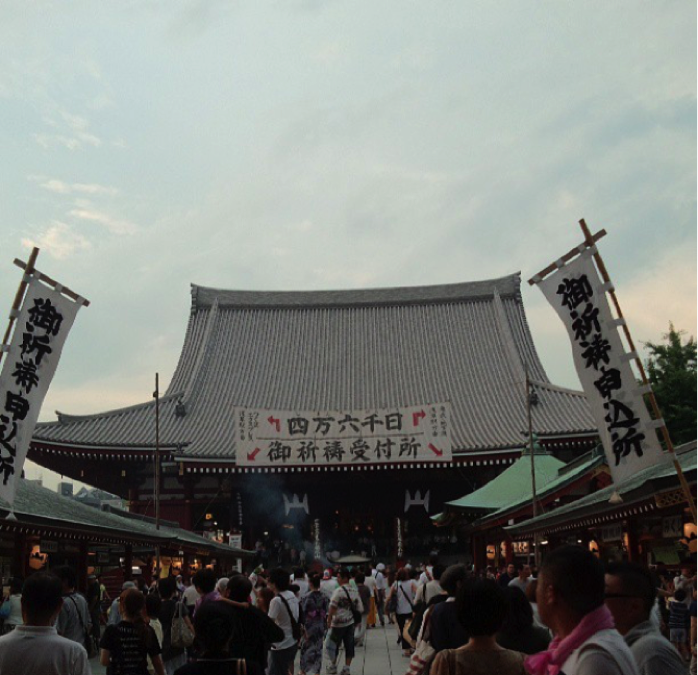 Nakamise Dori, the approach to the Senso-ji Temple is known for the oldest shopping arcade in Japan. About 90 shops are operating there, and they sell traditional sweets, souvenirs, etc. However, if you grab some sweets to eat there, you should eat them at once before you arrived at the main hall. Therefore, other restaurants and shops are also located on backstreet, and it might be good to have lunch or take a break there. Even there are bunch of people there, but there is so crowded all day especially on New Year Period. 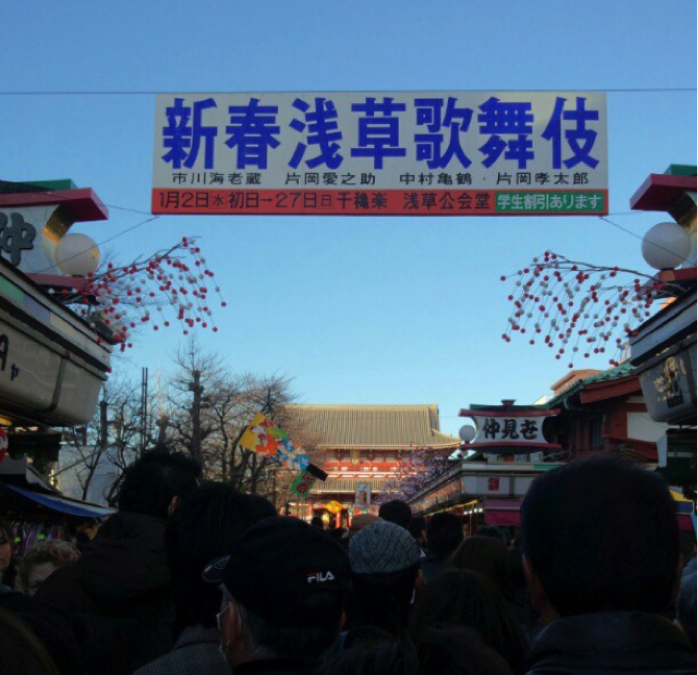 Pictures Painted on a Ceiling of the Main Hall

Because former hall was destroyed by Tokyo Bombing in March 1945, present hall has rebuilt in 1958. When you enter the main hall, you might see statues on the floor, however, you need to see pictures painted on a ceiling, too. There are 3 pictures; dragon on center drawn by Ryushi Kawabata, and tennyo (heavenly maiden) on left and right side drawn by Insho Domoto. Each picture’s size is 6.4m × 4.9m and it is interesting to watch. 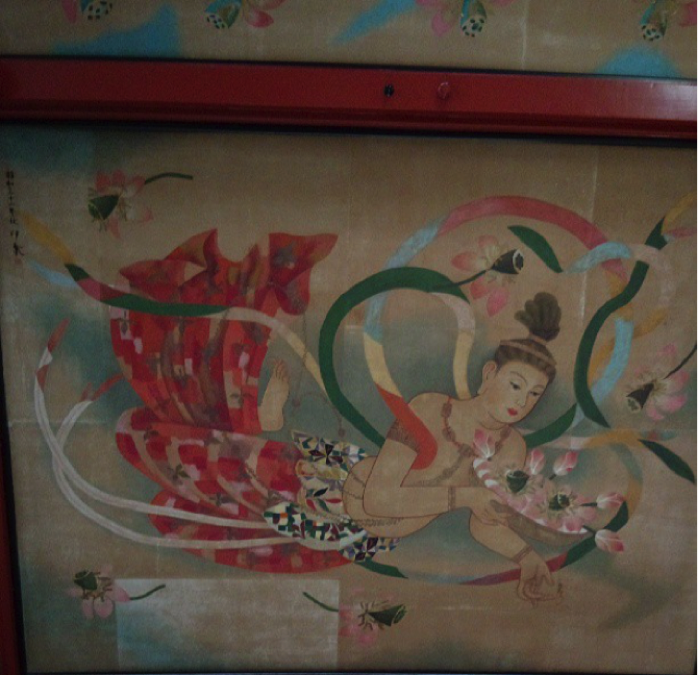 Secret of Lantern of Kaminarimon Gate

Famous Kaminarimon Gate has been symbol of Asakusa for long time. The gate was originally built in 942, then moved to current place in Kamakura Era. The present gate was donated by Konosuke Matsushita, the founder of Panasonic in 1960. The lantern is also well known for people all across the country as kind of symbol of Japan. But do you know it is occasionally folded like below? The most famous case is Sanja Matsuri, the most important festival of Asakusa Shrine next to the temple because mikoshis (portable shrines) go in and out from Kaminarimon, and not to interrupt it. Therefore, lantern is also folded to avoid damage if the weather will be windy or typhoon is coming to Tokyo. Don’t be disappointed if you see it when you visit Asakusa because it is extremely rare view and it happens only a few times a year. 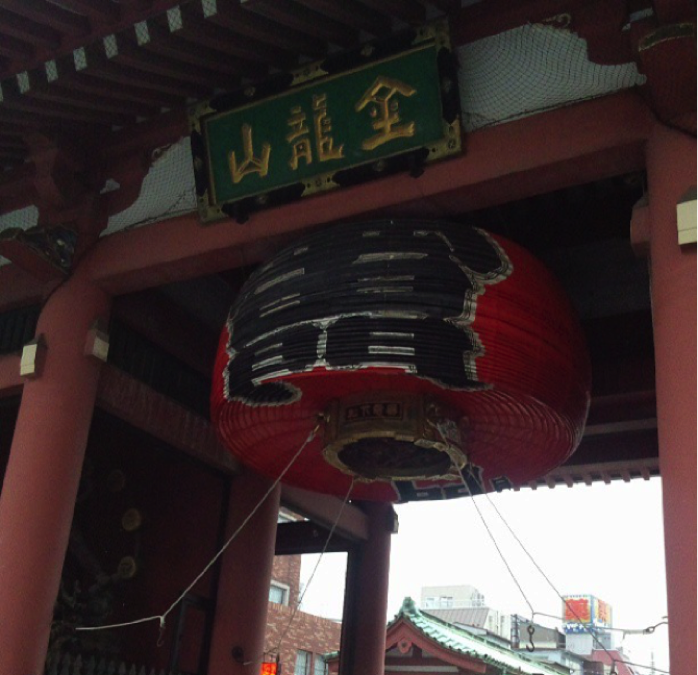