Engrish and Why Japan Struggles with the English Language | Guidable

Engrish and Why Japan Struggles with the English Language

Engrish is the word given to incorrect or misused English, especially in Asian countries. And in Japan, Engrish mistakes are a common sight on signs, printed on backpacks, and decorating the covers of notebooks.

To native or more skilled English speakers, Engrish in Japan ranges from sounding awkward to being incomprehensible. Why, then, do Japanese people commonly make these English mistakes, and why is Engrish toted around on T-shirts or stationary? 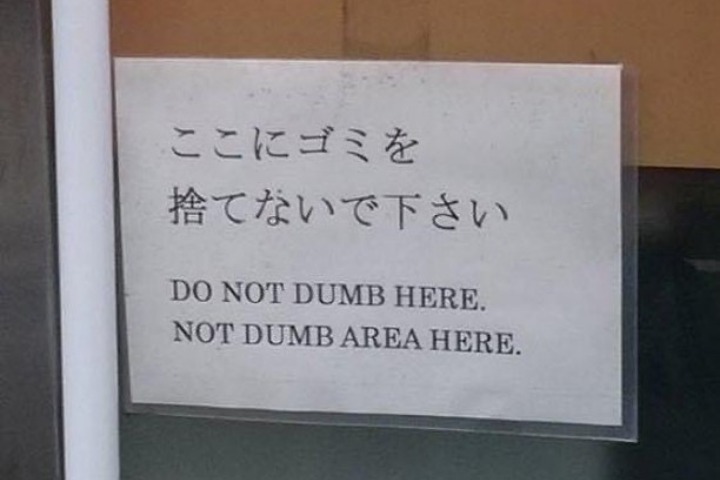 Why is Engrish Common in Japan?

Though Engrish may look silly at best and unintelligent at worst, Japan is an extremely well-educated country. Japan ranks second in the world for adult education level and fifth in the world for IQ. Japanese students are strongly encouraged to study hard, attend after-school juku (cram school) classes, and get top scores on school entrance exams.

Still, if Engrish is any indication, Japan struggles with the English language. In such an intelligent and educated country, why are English language skills still difficult for many Japanese people? Here are five common reasons.

Japan is an island country isolated in the Pacific Ocean, sharing no land borders with any other country. On top of that, Japan has a small percentage of foreign nationals, at only 2.25%. Of this percentage, an even smaller percentage is from an English-speaking country.

In short, then, Japanese people are rarely in contact with English speakers. This extends to travel habits, too. Despite having the “world’s most powerful passport,” only 23% of Japanese citizens have a passport, the lowest percentage out of the G7 countries.

Without needing English skills in Japan, and without traveling abroad to countries where English may be necessary, there may be little need and motivation to improve English language skills for the average Japanese person. In this way, Japan can remain isolated, and in most situations Japanese and a bit of Engrish will suffice.

The Pressure to Be Perfect

Across subjects, students in Japan are often taught (either directly or indirectly) to get high test scores, not make mistakes, and strive for near-perfection. In many classroom environments, students may feel uncomfortable taking a chance and, for example, speaking up in class and answering a question in English when they’re not sure of the answer. Culturally, in these situations, it is often an unspoken rule to let the strongest take the lead, and for the others, simply remain silent and improve English skills quietly on their own.

But with learning any language, practice is required. Stumbling through making mistakes, especially verbally, is a necessary part of language building, yet this is often not encouraged by teachers. With the pressure to be perfect and the embarrassment suffered when making a mistake, many Japanese students fail to get comfortable enough with English to remember and use it in real-world situations. 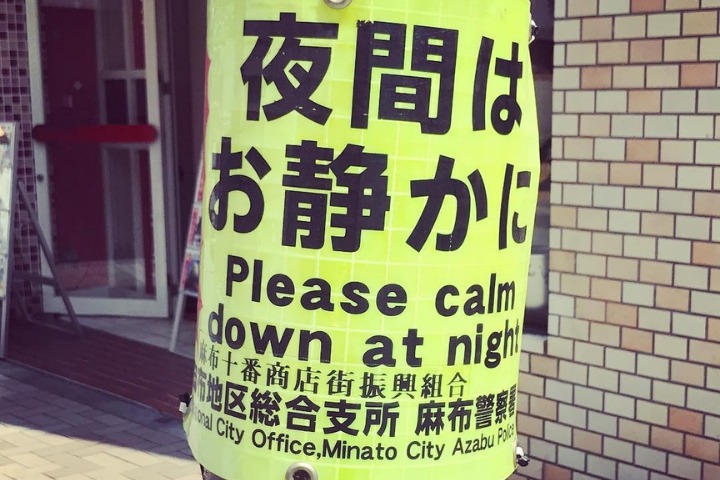 Because of the pressure to be perfect, many Japanese people studying English don’t extensively practice speaking and using English. This relates, too, to an overall pattern in Japan of studying input over output.

When learning a language, there’s input (such as absorbing information, reading from a textbook, and listening to native speakers) and output (producing the language yourself, such as speaking in a conversation). When seeing awkward Engrish in Japan, it may appear as if Japanese people hardly know English at all. You may assume that Japanese people have no knowledge of English and are relying on a clunky translation machine.

However, most Japanese people do know English, at least to some extent. Japanese students begin studying English regularly from junior high, and recently English classes have been implemented in elementary schools as well. And English programs for Japanese students have been around since at least WWII. However, these programs tend to focus on memorization, reading, and writing, rather than speaking and output practice.

If you speak English to a Japanese person, then, they likely understand at least some of what you’re saying. But they may struggle to produce English themselves because they’ve had little practice with language output.

There are also cultural differences that may make English a difficult language to learn, especially for Japanese English learners. For example, English relies heavily on small talk, subtle jokes, and a bit of confidence. These qualities help people to connect in English with ease. However, these qualities and linguistic attributes can’t necessarily be taught from a textbook, making it hard for some Japanese people to adapt to natural conversational English.

The Japanese language, by contrast, uses set phrases and hierarchical language (such as choosing between casual or polite verb conjugations or using keigo and honorifics with superiors). Where English requires flexibility, the Japanese language requires predictability. And unless you’re speaking to close friends or family in Japanese, you are typically expected to speak in a certain way, use specific words and phrases, and avoid adding too much personal flair to your communication style.

A final reason why Japanese people may struggle with the English language is simple: English is hard! English is very different from the Japanese language, with vastly different writing systems, sounds, and grammar structures. And to return to the topic of Engrish, these English mistakes are referred to as “Engrish” because many Japanese people can’t differentiate between “r” and “l” sounds in English. Similarly, loanwords from English that are used in Japanese are written in katakana, a writing system that often creates a pronunciation very different from the original English pronunciation – because that pronunciation simply doesn’t exist in Japanese!

Aside from English and Japanese being such different languages, English is difficult to learn in general. There are many exceptions to rules, and often words aren’t read according to a simple phonetic pattern (before poking fun at Japan’s sometimes mistaken attempts at English, consider why “bomb,” “comb,” and “tomb” are all pronounced so differently). Plus, English learners have to learn proper intonation, emphasis, and confusing rules for word order. With all this, it becomes evident that English is hard. 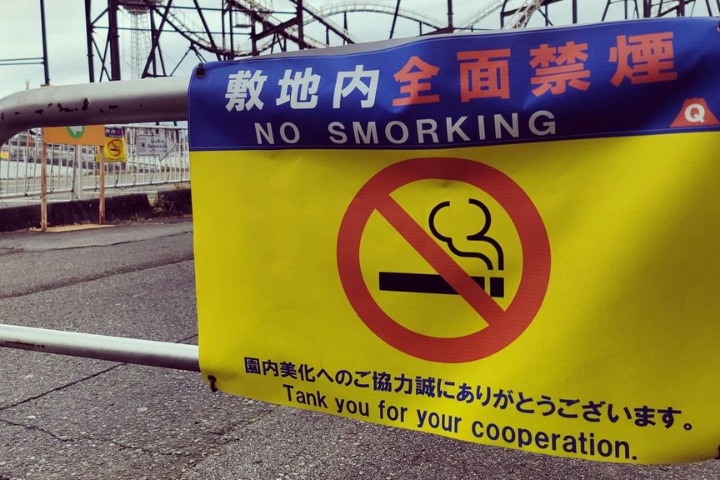 But Back to Engrish…

There are several reasons why English may be a difficult language for many Japanese speakers. But you may still wonder why Engrish is used in the first place: Why put bad English on a pencil case? Or why not just get a native translator to correct the mistakes?

For one thing, many places that you may find Engrish, such as on a sign outside of a restaurant, for example, simply don’t have an English speaker (and especially not a native English speaker) on their team or in their company. Plus, as Japan Today points out, many freelance translators wouldn’t feel inclined to take on a short, one-sentence translation job.

Similarly, when you find Engrish written on T-shirts or notebooks, the companies producing these products likely don’t have a native English speaker available to translate. And in order to sell those T-shirts or notebooks, they don’t need one either, because people who may think the English writing is interesting or even exotic will purchase the product regardless of how proper its spelling and grammar is. If the end consumer isn’t a native English speaker, it doesn’t really matter if it’s correct or not.

The next time you see Engrish in Japan, remember that there are several cultural and even practical reasons for these English mistakes. If you’re feeling inspired to help bridge the language gap in Japan, try reading this article next on how to pass the hardest level of the JLPT:

Passing JLPT N1: How Hard Is It Really?