Enjoy a Lively Summer with 4 Festivals in August

Japan is the country that has many different cultures existing at the same time including both old and new cultures. For example, you can see the image of a Shinkansen (Japan bullet train) running through the peaceful countryside. In spite of the fact that Japan is a modern and developed country, it is still able to keep the uniqueness and the specificity in its cultures and show them to both Japanese and internationals. In Japan, if spring is widely known for cherry blossoms, in summer, besides the heat, people often talk about a variety of festivals. Traveling to Japan in summer will bring you a wonderful opportunity to enjoy the lively atmosphere of these festivals as well as gain more knowledge about the traditional culture of this country. Let’s look through four of the most famous festivals in August: 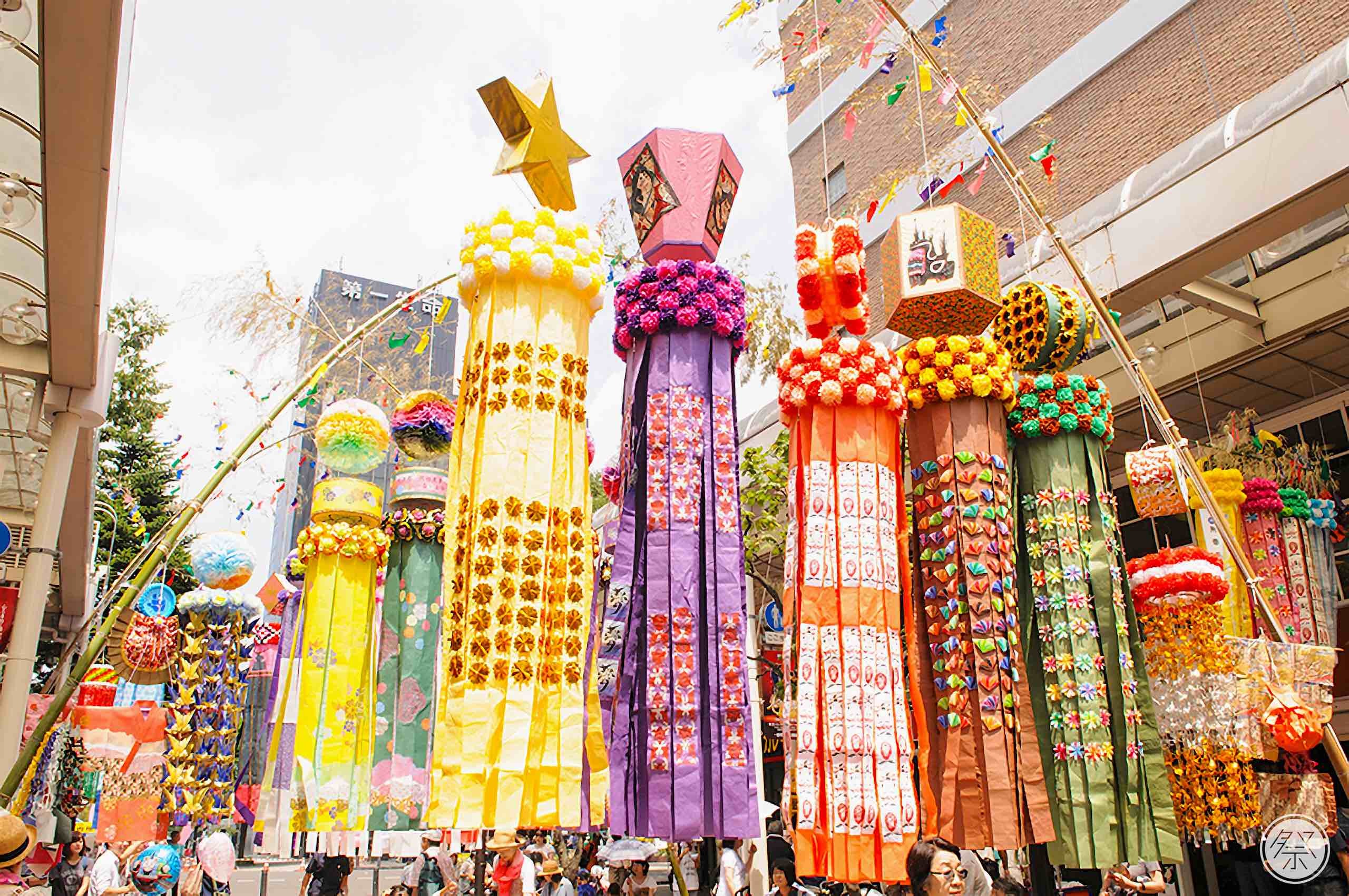 Tanabata Festival, which is also called The Star Festival, is an occasion to remind people of the romantic love story of two lovers related to the stars Vega and Altair. One of these two lovers was the weaver girl (represented by Vega) and another one was the cowherd (represented by Altair). Their love was not accepted so they were separated into opposite sides of Milky Way Galaxy. They could only meet each other once a year when the sky was clear, which was on July 7th. This is the legend of Chinese and was brought to Japan in the 8th century, therefore, this day followed the Chinese Lunar calendar. When this came to Japan, most people celebrate Tanabata Festival on July 7th in the modern calendar. However, some places in Japan still celebrate this festival the same day as one in Chinese Lunar calendar, which is August 7th and Sendai – a city in Miyagi prefecture, is one of these places that is also known as helding the most famous Tanabata Festival.

On the day of Tanabata Festival, it is easy to find bamboo trees decorated with many small beautiful pieces of paper in different colors in public places (e.g. shopping malls, train stations). People use these pieces of paper, called Tanzaku (短冊), to write their wishes and then hang them on the bamboo trees. What makes Sendai a prominent Tanabata Festival location are the 3-5 meter long and colorful streamers hung from 10 meter long bamboo poles along the city’s shopping arcades (e.g. Ichibancho, Chuo shopping arcade). You can easily find many pop-up food stalls and enjoy the parades as well as the firework in Sendai on Tanabata Festival. 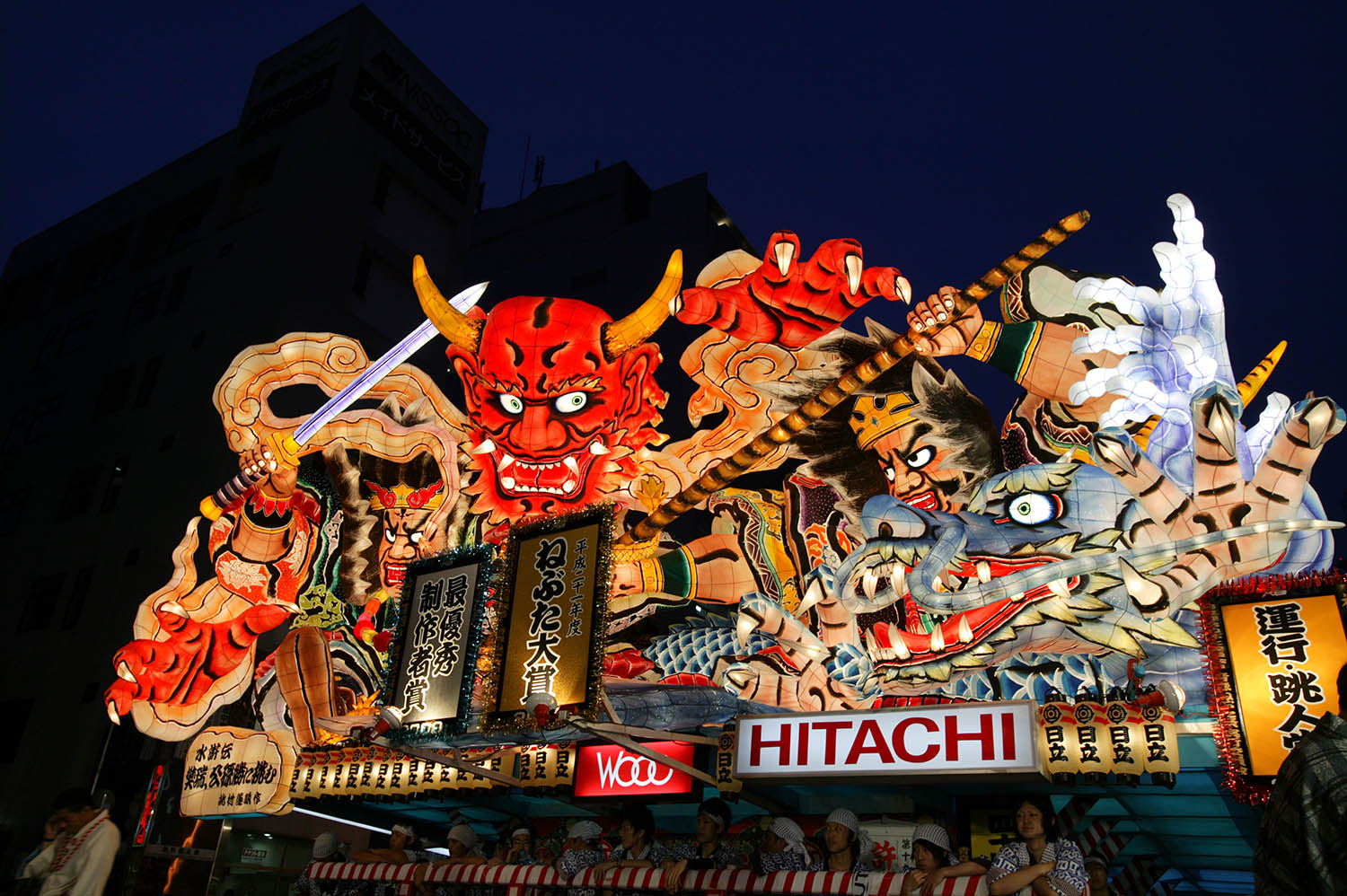 Nebuta is a Japanese traditional festival held in Aomori Prefecture every year in August. There is no official origin for this festival. However, many people believe that Nebuta festival originated from flutes and taiko (a type of Japanese percussion instrument) that Sakanoue no Tamuramaro – a Japanese military dictator, used as a weapon to attract the enemy’s attention during the battle in Mutsu province. Then, Tamuramaro Prize (Nebuta Taisho) was invented in 1962 as a reward for the festival’s best group participant based on this legend.

Recently, it has been estimated that the Nebuta Festival attracts approximately 3 million visitors including both Japanese and foreigners every year. During this festival, there are parades with a variety of massive colorful lanterns floating on the main streets of Aomori Prefecture. These lanterns are made with Washi (traditional Japanese paper), and wooden soles as well as metal frames, which may take the whole year to design and construct. They usually depict historical figures or Kabuki characters. During the parades, Nebuta lanterns are pushed weaving back and forth or spinning around along the streets by festival participants. 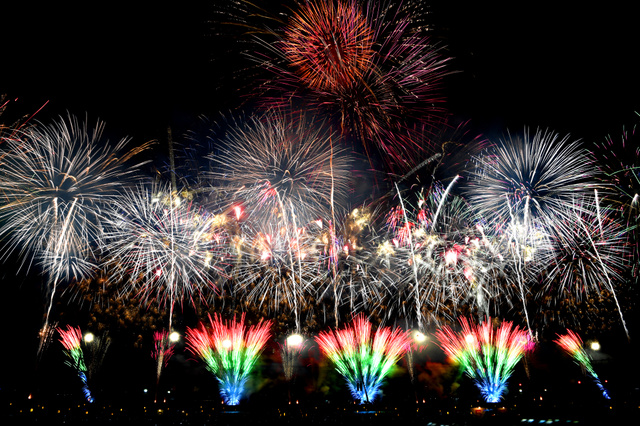 In Japan, Hanabi (fireworks) is a special feature representing the summer. During this season, you can enjoy Hanabi Festival throughout this country. Instead of focusing on the sound as well as power of the explosion of Hanabi, Japanese people believe that the beauty is the most important characteristic to a perfect Hanabi. Unlike many others Hanabi Festivals, Zenkoku Hanabi Kyogi Taikai is a national fireworks competition. This festival gathers many firework teams from all around Japan to come to Akita Prefecture and show their prowess in order to compete for the best firework performance. All performances will be judged based on their colors, designs along with creativity.

Each year, there are around 18,000 Hanabi shot up in this festival, which attracts more than 80,000 people. Therefore, we advise you go there early, grab an ideal spot with a clear view, and enjoy all performances. 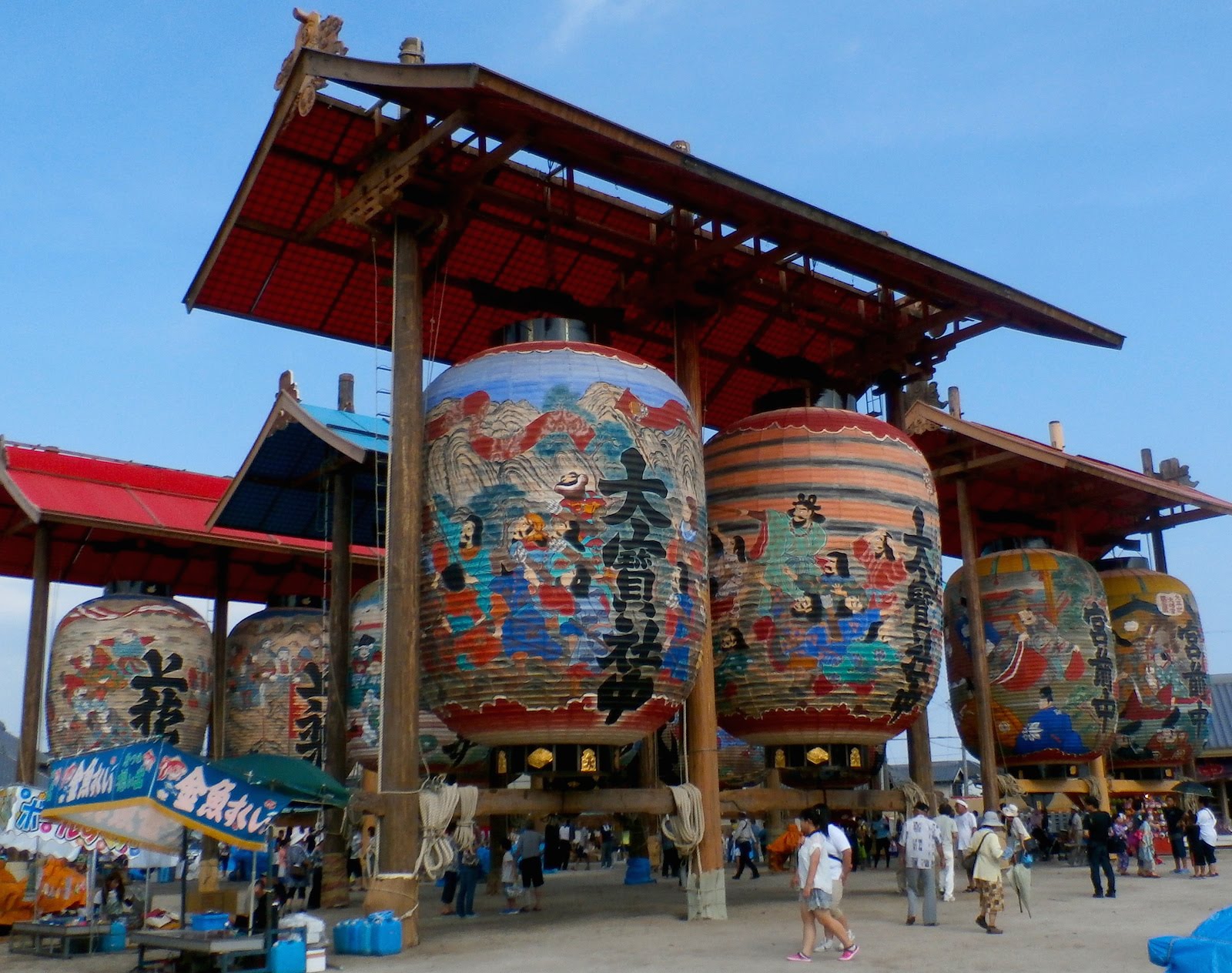 The Giant Lantern Festival in Aichi Prefecture is an occasion for people to pray for calm seas and protection from the evil spirits and so the fisherman can boost their daily productivity. Japanese people often think there are gods and spirits including sea demons everywhere around them, which is explained by a large number of shrines throughout the country. Hundreds of years ago, a fire was lit up in Suwa Shrine to force all the demons to go away and not destroy the crops or attack people. Gradually, people made giant lanterns to replace the fire, which then became a competitive activity to judge who had the biggest and most beautiful lantern. These lanterns are a traditional Japanese lighting feature made from a  bamboo frame covered with paper and a candle at the bottom. The height of these lanterns is from 6 to 8 meters.

This is a list of four outstanding festivals in Japan during August. Instead of sitting at home and staying away from the heat of summer, it’s time to go outside, experience these wonderful festivals, gain more knowledge about this country’s culture and make this your best summer in Japan!

I am a junior in Tokyo International University. It has been two year since I started living in Japan. I realized that it would be a challenge to live in Japan as a tourist and as a resident without knowing Japanese, especially when Japan is a country with many rules, procedures as well as documents offered only in Japanese.
Therefore, I want to share my experience and my knowledge about life in Japan so that every one when they come to this country, they will get the most useful information and enjoy their living in the most convenient way.