Visit 4 places to make a pilgrimage of famous anime | Guidable

Visit 4 places to make a pilgrimage of famous anime

For those who came to Japan to deepen your anime knowledge, I would like to tell you a list of real life locations, which are used for scenes in anime which you might want to visit on weekends. Let’s go out for a pilgrimage and feel the same as your favourite characters. This article focused on two famous animes; Your Name and Spirited Away.

The most popular animation movie in 2016, titled “Your Name ( 君の名は。)” has got a fame because of its very realistic beautiful animation and its bizarre story. This animation movie was launched all over the world, and millions of people wiped their tears from this beautiful story. There are some places which got to become famous among foreign tourists thanks to this movie. The movie used some spots in Tokyo, and Suwa (諏訪)City in Nagano (長野) prefecture as its scenes. 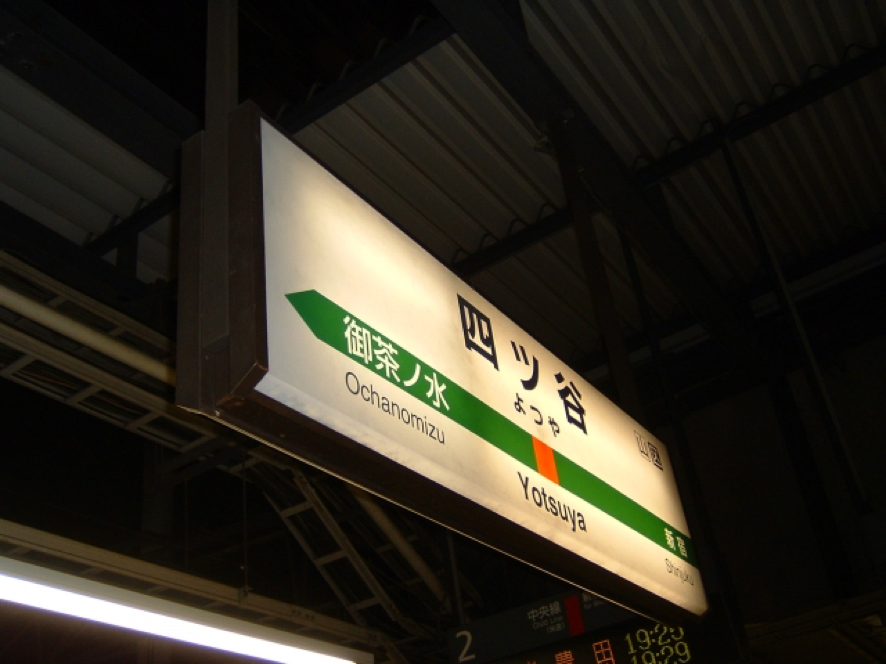 The most famous scene for this movie is described in Suga Shrine, which is located at Yotsuya in Tokyo. Two main characters in the movie, Taki Tachibana and Mitsuha Miyamizu pass each other on the stairs on a way to this shrine. This famous scene was also used as one of the key visuals before movie having released. 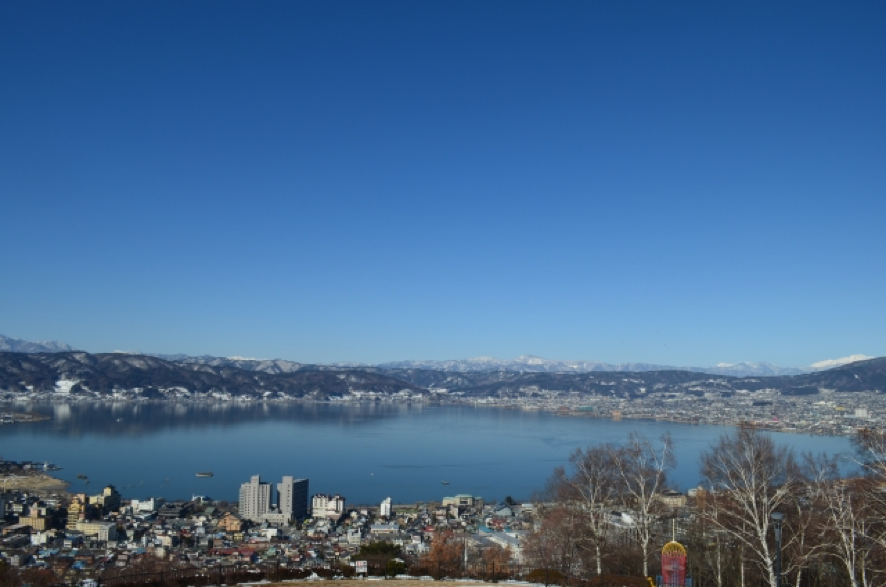 In the movie, there is one huge lake in the city where Mitsuha lives. In the story, that lake was made from a meteorite falling having happened 1200 years ago. The city in which Mitsuha lives, has been guessed that Hida City in Gifu prefecture is modelled, but there is no lake in Gifu made by a meteorite falling. So, here is another assumption coming up, which is Suwa (諏訪湖) in Nagano prefecture might be the one. This lake’s appearance looks similar with the one from the movie, so it is rumoured that the director used Suwa lake in a scene among fans. There is a fact that a meteorite was not the reason that the lake has been made from, however, this theory has been believed widely because of the similarities of two lakes and the fact of Nagano Prefecture, which the lake located, is the director’s hometown.

The well-known animation studio in the world, Studio Ghibli. There will be no more doubting about that movies from Studio Ghibli has built up the glory of Japanese animation industry. There are many movies which are discussed to be the representative work of the director, Hayao Miyazaki. However, Spirited Away must come first to be the best-known work and have left a great impact in the world through its vast box-office revenue and the prise from the Academy Award. 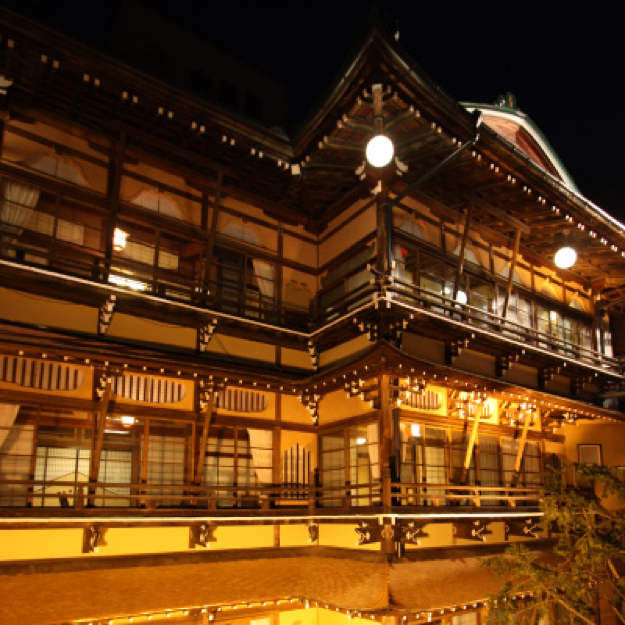 If you have watched Spirited Away, you understand that the main story is held at one Onsen Ryokan, the hotel attached with hot spring. This Ryokan looks extremely gorgeous and also beautiful. Some of you have thought to have a look the outside when you visit in Japan. The Onsen Ryokan which is in the movie has been talked to be made up with some actual Ryokans in Japan. And, in Shibu Onsen, there is one ryokan candidates as a model. The Ryokan called Kanaguya (金具屋) and the Ryokan in the movie are alike in how their outside looks. Shibu Onsen is one of the famous hot spring streets in Japan. This Kanaguya was registered as tangible cultural property. There is also a tour which take you inside of the Ryokan. 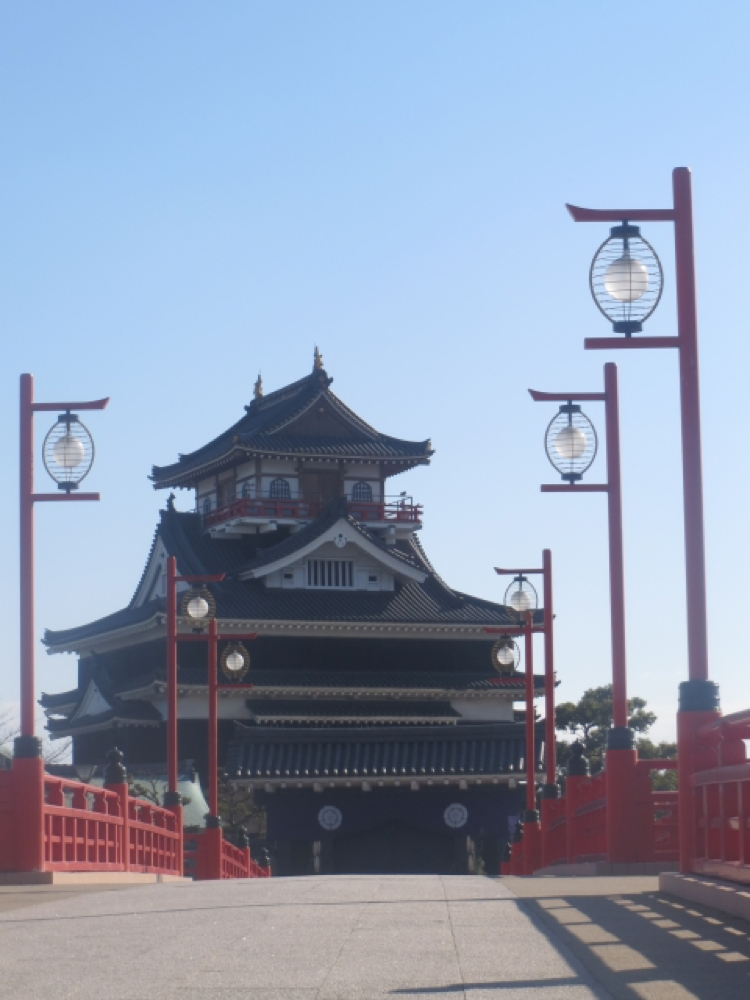 In the beginning of the story, the one red bridge is described when two main characters, Haku and Chihiro, go inside of the ryokan. There is a modelled bridge in front of Kiyosu Castle in Nagoya. This wooden red bridge looks very similar to the one in the movie. If you want to take great pictures, you will need to be there during a night time when you can see a beautiful light up.

Those places must stimulate you to learn Japanese more if you visit. Popular animation made in Japan described a lot of beautiful Japanese scenery. So why don’t you pop around to visit all the places which you have seen in your favourite anime? They must give you a great inspiration!