Where to go on Vacation? (part 1): OSAKA CITY | Guidable

Where to go on Vacation? (part 1): OSAKA CITY

If you talk about cities that Internationals know in Japan, they often have the same answer: Tokyo. However, besides Tokyo, they often do not know that Japan also has another big, famous city called Osaka.

Osaka is the second largest metropolitan area in Japan after the capital Tokyo with the population of more than 8 million. It has been an economic leader in the Kansai Region for many centuries. In Osaka, there are several beautiful and interesting spots for tourists to visit or enjoy wonderful experiences there. In this article, if tourists already discover all worth spots in Tokyo, I would like to recommend seven of the highest rating places people should visit while they plan to go to Osaka. 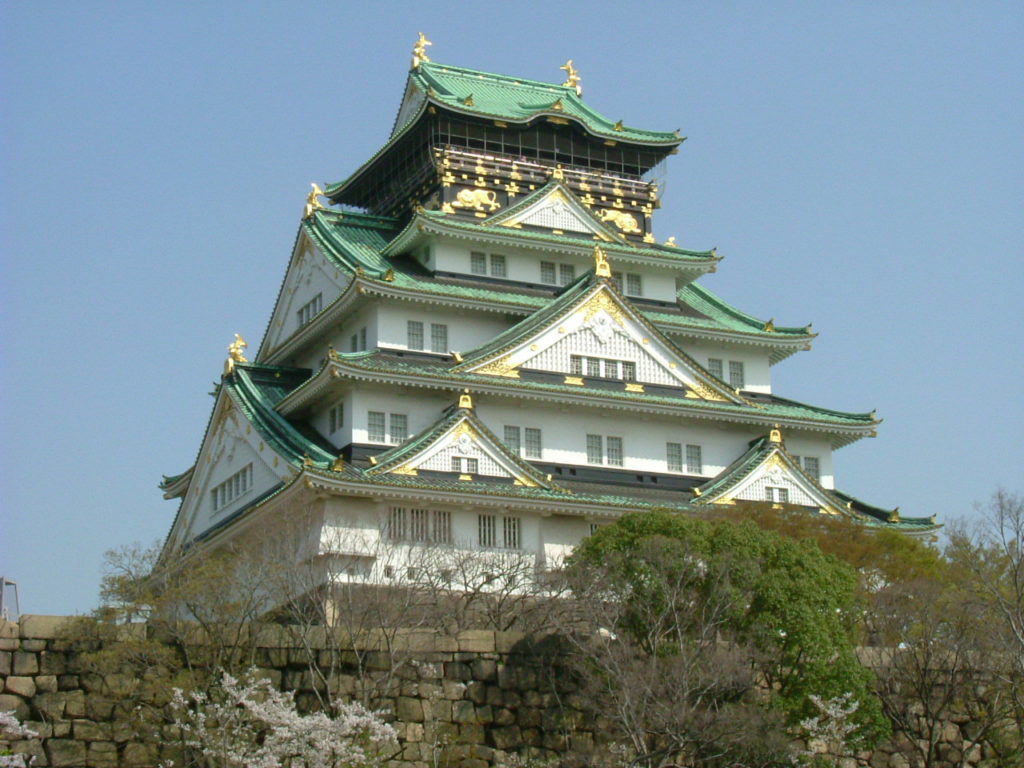 Osaka Castle (大阪城―Osaka Jou in Japanese) is one of the most famous artificial landmarks in Japan as well as the symbol of Osaka city. The castle was first constructed in 1583 by Toyotomi Hideyoshi to become a power center of Japan’s capital during that period. However, a few years later after Hideyoshi died, it was destroyed by Tokugawa troops. Then it was rebuilt again in the 1620s but the main castle was burned down after being struck by lightning. It wasn’t until 1931 that the Japanese Government decided to build the Ferro-concrete reconstruction of the main castle and the repair all the castle area to make it modern. Nowadays, some areas even have elevators for tourists to easily access and enter the castles.

Ticket price: 600yen for adults (price will go down for big visitors’ groups) and free for children (15 years old or under)

If anyone wants to visit Osaka Castle Museum, located inside the Castle park, you can buy a ticket bundle at 900yen per adult.

How to access: from Osakajo Koen Station of JR Osaka Loop Line or Tanimachi 4-Chome Station on Subway Chuo Line. 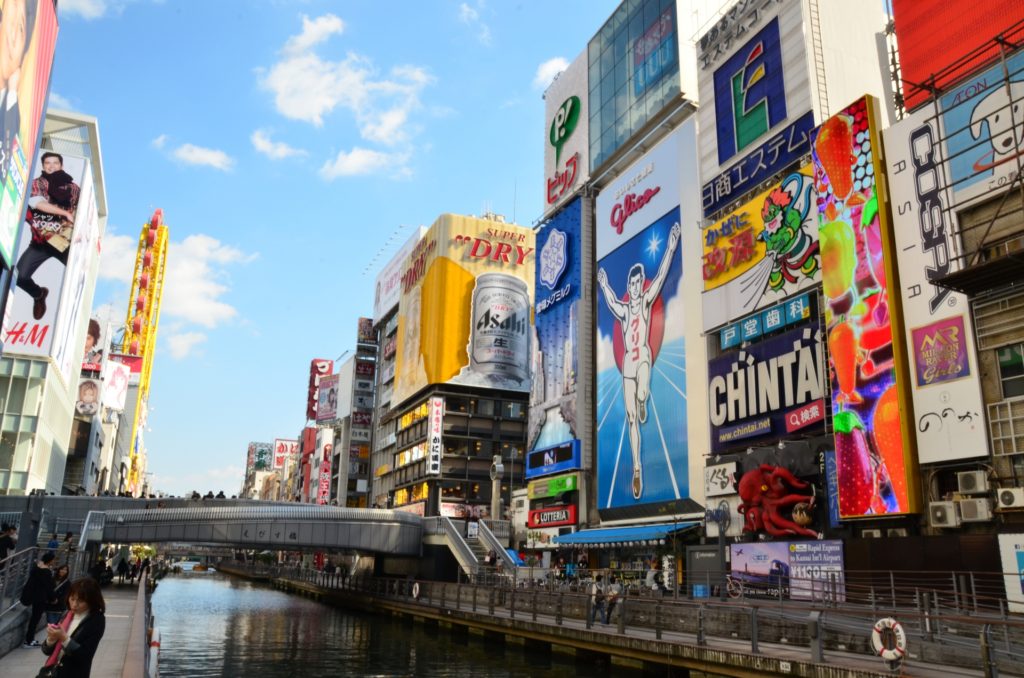 Dotonbori is one of the Osaka’s most well-known tourist destinations, running along Dotonbori canal. It is a popular shopping and entertainment street where you can buy traditional Japanese souvenirs. This street is also mostly recognized as an outstanding food destination. At this place, you should try eating Okonomiyaki, Takoyaki or enjoy dining in famous restaurants nearby such as Kani Douraku or Hariju. In the evening, all the advertisement signs are lit up by thousands of neon lights. One of the most famous check-in spots in Dotonbori street is Glico Running Man sign just near Ebisubashi Bridge because it symbolizes victorious efforts in any circumstance. The Shinsaibashi Shopping Arcade which is located next to Dotonbori street is Osaka’s premier shopping area. This is the place where tourists can buy expensive trendy clothes from boutiques of top brands.

How to access: depart Namba Subway station then walk about 4 minutes to enter Dotonbori area/go to Shinsaibashi Station and it’s right there after you exit station. 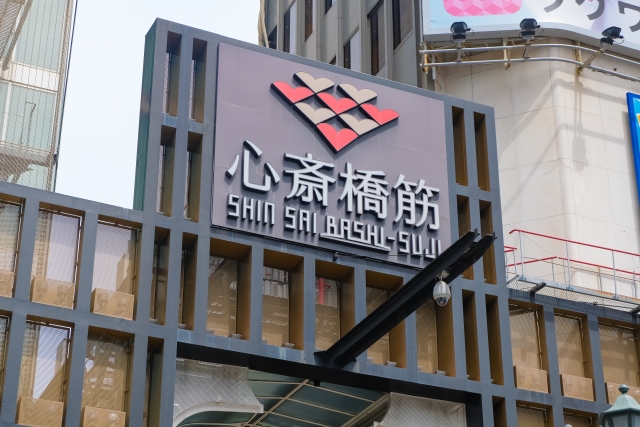 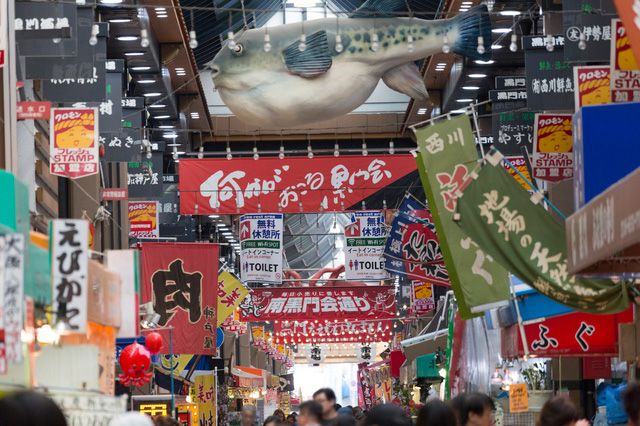 If you are a fan of eating fresh meats, or would like to experience the Japanese well-known culture of eating fresh – delicious meat and seafood, this market is the place to pay a visit. In this area, many stalls will prepare, cook and serve fresh seafood in front of your eyes. Kuromon Ichiba market is a great area where both local people and restaurant chefs get their ingredients from so you don’t need to worry about the quality of food sold here. Besides fresh seafood and meat, you are able to buy cheap necessary goods for your daily life too. In the past, the market used to have its different name: “Enmyoji Ichiba” because of the appearance of a nearby temple, which was completely destroyed by a fire in 1912. 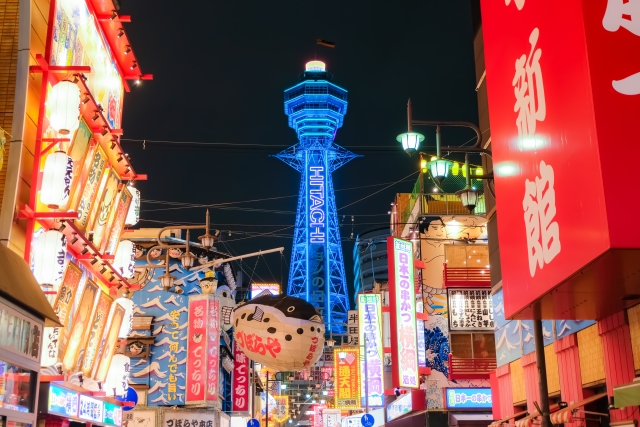 Shinsekai is a district much the same– a place for people to buy traditional local food and enjoy the interesting crowded environment. However, Shinsekai still maintains it’s aged structures and you can find old restaurants and watering holes while Dotonbori Street is industrialized and much more modern than Shinsekai. There are two completely different styles of structure in this special district: the northern half followed Paris style while the southern half used New York as its model. When slowly walking around Shinsekai, you should pay a visit to Tsutenkaku Tower, go up to its observation deck at a height of 91 meters to see the panorama view of this district as well as a part of Osaka city. 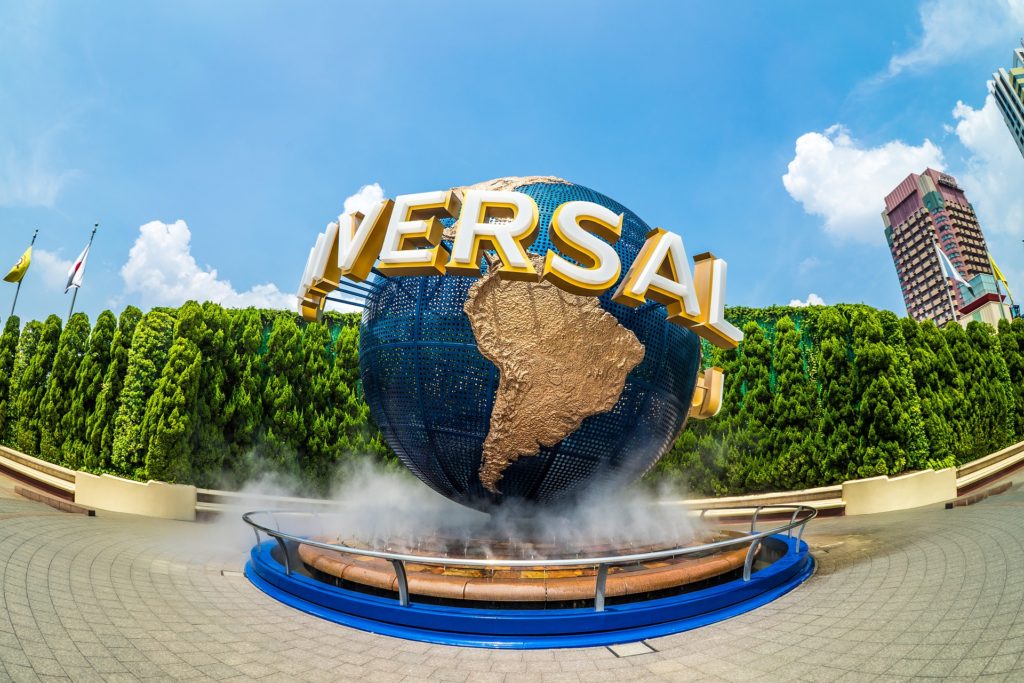 Universal Studios Japan was first opened in March 2001 and soon became one of the most visited amusement parks in Japan followed by its competitor: Tokyo Disney Resort with 14.6 million visitors in 2017. It covers about 54 hectares and contains ten different attractions for visitors to immerse themselves in an entertaining environment: New York City, Hollywood, San Francisco, Jurassic Park, Minion Park, Universal Wonderland, WaterWorld, Amity Village, the Wizarding World of Harry Potter and Street Show. USJ Playgrounds are mostly based on its famous movies such as Harry Potter, Jurassic Park, etc. Outside USJ’s gate, there is a shopping mall called Universal Citywalk Osaka, where you can buy merchandise from Universal Studios or local Osaka souvenirs and food.

In Universal Studios Japan, there is a variety of choices: one-day pass, two-day pass, and Universal Express Pass. The price for these tickets ranges from 5,400 yen and 13,400 yen.

How to access: visit the USJ’s official websites for a details: here 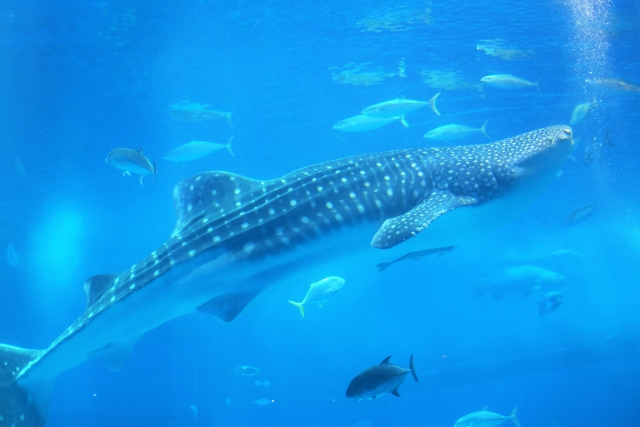 Osaka Aquarium Kaiyukan is one of the most spectacular aquariums in Japan as well as one of the biggest public aquariums in the world. At Kaiyukan, there are over 15 large tanks which house different types of ocean species living in the Pacific Rim. Through a two-and-a-half-hour tour of this aquarium, you will be able to discover all the different specific regions of the Pacific Rim and see some of the rarest or biggest sea species of the Pacific Ocean. Osaka Kaiyukan also displays interesting wildlife shows.

How to access: Approx. 5 min. on foot from Osakako Station of Osaka City Subway Chuo Line. 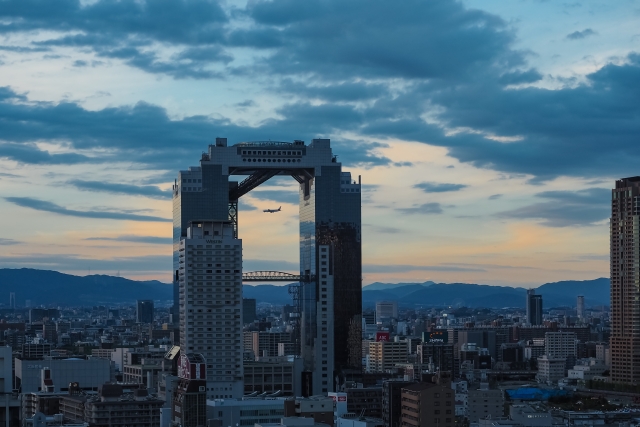 If you want to take overview pictures of Osaka cities, this is the best place for you. It is the two-towers-building connected two sides by the “Floating Garden Observatory” on the 39th floor. While staying on open-air-deck at the height of more than 150 meters above the ground, you will have a full 360-degree view of the second largest city in Japan and feel the pressure of strong wind flows. It’s generally safe so don’t worry and enjoy your spectacular view.

How to access: about 10-15 minutes’ walk from Osaka and Umeda Station.

In Osaka, there are several different interesting places for visitors to pay a visit but this article lists just list the seven of the recommended places that people should go to before thinking about the other places. So if you’ve already discovered all spots in the Tokyo area and are looking for another place to go on your vacation, Osaka is the best option for you. Just do a little research, plan your itinerary carefully and enjoy your vacation time.