Everything You Need to Know About Haiku: Japanese Poetry | Guidable

Everything You Need to Know About Haiku: Japanese Poetry

Are you familiar with Haiku? Maybe you have heard people mention it but do not know much about it. Well, do not worry because we are here to help you cover all of the basics.

What is A Japanese Haiku?

Haiku is a traditional form of Japanese poetry in which you create short simple poems following a very basic structure. Unlike, say, a limerick, the goal of a Haiku is not necessarily to be clever or funny though many modern examples are both. Haiku does not even need to rhyme. They are usually used to evoke a sense of imagery or feeling, to capture a moment in time, saved in words for others to enjoy. There is usually an observation of the world around you and often a sense of appreciation. The roots of Haiku go back several centuries but the modern form of Haiku and even the name are more recent developments, only about 100 years old. However, its popularity has slowly but surely spread beyond Japan, and Haiku has become an internationally beloved form of poetry.

What are the Rules of Haiku?

Every Haiku poem is (and must be) comprised of 3 separate lines and have a total of 17 syllables. It can have as many or as few words as you like within those guidelines. Each line has to have a specific number of those syllables. The 1st and 3rd lines have exactly 5 syllables and the 2nd (middle) line must have exactly 7 syllables. So the poem will end up with the syllable structure 5 – 7 – 5. For example:

If you think it sounds fun, trust me it is! As long as you follow these rules you have yourself a great start to making your own haiku. With modern Haiku that might be enough since the rules are somewhat more relaxed, but we do not want our Haiku to be average. We want our Haiku to be great.

So what makes a good traditional Haiku?

Originally, all Haiku also contained some other features, such as a kigo (season word) to link the poem to a specific season or time of the year. The word can be anything like an animal, a flower, a type of weather, food, or even a festival. Japan has dozens of seasonal festivals every year. As long as your kigo is seasonally specific, it will clue the reader into when the poem was written. A few traditional examples for seasons in Japan include kawazu (frogs) or Sakura (cherry blossoms) for spring, semi (cicadas) or sunflowers for summer, Momiji (colored leaves) or Tsuki (full moon) for Fall – moon-viewing is a common activity for Japanese people in Autumn – and Yuki (snow) or reference to Toshi no yo (New Year’s Eve/the end of the year) for winter. For poetry purists, any Haiku that does not include a kigo does not count as a Haiku but do not let that stop you. Just think of it as a challenge to make all of your Haiku even better.

Another traditional way to make your Haiku really sound special is by focusing on style and subject. As stated above, the natural world is a common theme, but the best historical Haiku also kept things direct and in the present. Using present tense and avoiding metaphors, similes, or anything really abstract will help your Haiku sound impressive and accessible to anyone who reads it. Haiku is not about thoughts or memories, they are observations. What is happening? What can you see? Can you capture that moment in just a few syllables?

If you can apply all of these different elements to your Haiku then you will have a traditional Japanese-style poem that is truly special, maybe even timeless. 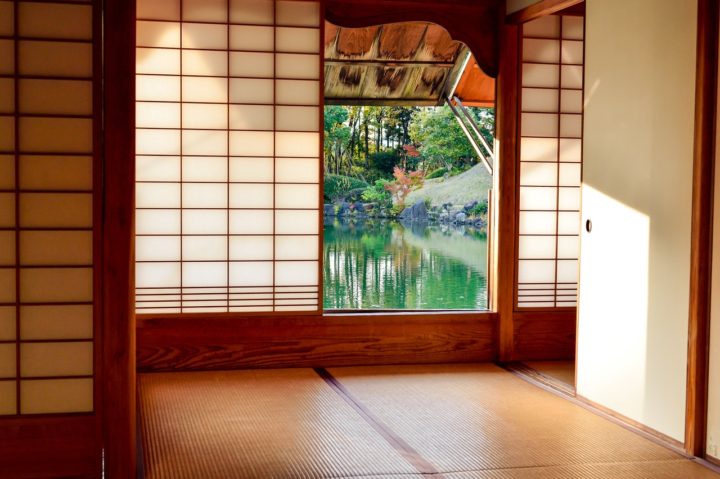 The History of Haiku

Poetry has been a part of Japanese culture for well over 1000 years even as far back as the Heian Period (700-1100C.E.). One of the earlier forms of Japanese poetry was the renga (linked verse) in which more than one author collaborated together to construct poetry. The first part, or stanza, of the renga, was called the hokku and was made up of the 3 lines and 17 syllable structure we now use for Haiku. Unlike Haiku, the renga was often used to demonstrate wit and humor, even dipping into the vulgar. By the 17th century, the hokku had begun to appear separately as a stand-alone poem.

The was the first person to really popularize Hokku as a separate and independent art form was Matsuo Basho, now considered the first master of Haiku. He was born in the early part of the Edo Period (1603-1868) and spent his life traveling around Japan writing and publishing many famous works (including 1 example listed in a later section). Basho is the poet who is credited as giving the Haiku it’s the simple, earthy, and mature tone that we now view as an essential quality of Haiku composition.

After Matsuo Basho, the next great master was Yosa Buson. Buson was born in the early 18th century and was also an avid painter. By incorporating his love of painting, he helped to popularize the haiga, where a painting is paired together with a Haiku poem. Many Haikus are still paired with paintings or pictures to this day.

A little later after Buson, there was Kobayashi Issa. He was born as Kobayashi Nobuyuki but later took on the name of Issa, which means “one cup of tea” (as an avid tea-lover this makes him my personal favorite). He lived a fairly tragic life full of untimely or unfortunate deaths in his family as well as financial instability. However, during Issa’s life, he was a very prolific author and wrote over 2,000 Haiku. He is credited with giving Haiku a more humanistic quality, and he wrote a lot of his Haiku using the theme of small animals or insects.

A more modern example of a Haiku master is Masaoka Shiki. He was born at the beginning of the Meiji Period (1868~current) and was a Western reformer like many at the time. Shiki was agnostic and deliberately sought to separate Haiku from its long history and connection to Buddhism. Up to this point, Haiku was still almost always written as hokku and part of the larger renga work. Shiki is the one who took the old word hokku and replaced it with Haiku, so we have him to thank for the word we all use today.

Opening to the West

After Emperor Meiji opened up Japan to the West after 1868, many foreigners from all over the Western world flocked to Japan and began experiencing its wonderful culture in full for the first time. Many foreign authors and literary scholars became interested in Haiku and some even began publishing books about Haiku in Western languages during the late 19th century and all thru the 20th century. This led to international exposure for Haiku and its beauty and influence being spread throughout the world. Now Haiku is just one of the many wonderful pieces of Japan that everyone has come to know and love. 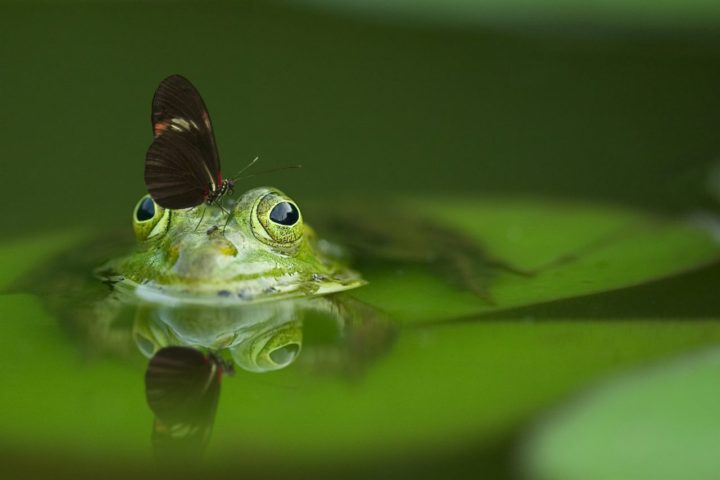 Why Do People Write Haikus?

People write Haiku for many reasons. A lot of people find poetry, in general, to be a bit too abstract, or too difficult to understand, or too inaccessible. I think that Haiku gives people a nice short, simple structure that they can play around with without having to feel like they are doing a lot of work or that they are somehow doing poetry “wrong”. Since the focus of Haiku (as mentioned before) is simplicity, it is really hard to overthink a Haiku. You can just try to capture a moment, a feeling, or a scene in nature in the simplest or most clearly stated way.

Many people find writing and even reading Haiku to be almost like a form of meditation, like deep breathing while sitting in a comfortable position on the floor. You would not want to write a 17 syllable 5 – 7 – 5 poem about a stressful day at the office or a particularly bad day of commuting (unless you find that helpful, then by all means). Instead, I would recommend trying to focus on something positive or, like nature, something outside yourself.

Personally, I find writing Haiku to be a very relaxing and almost therapeutic exercise. Since moving to Japan, I now often find myself trying to come up with Haiku while sitting in parks or exploring beautiful Japanese gardens. Even from researching this article, I was able to enjoy reading dozens of Haiku.

I highly recommend that you try to write some of your own Haiku. Start with simple things that you enjoy and appreciate. Even a nice cup of coffee on a cold winter morning (while reading a few articles on Guidable) can be a perfect subject for Haiku. When you write a good Haiku, one that perfectly captures the moment you experienced or witnessed, it is a very special thing. It is a poem you can come back to again and again and again. Even with only 17 syllables, maybe even years later, it can paint for you a clear picture of that moment in your mind. And if you are really good, it will give you the same feeling as well.

Are you still having trouble coming up with your own Haiku? Continue reading below for some (hopefully) inspirational examples of Haiku done by people considered to be masters of the form.

What Are Some Famous Haiku in Japan?

There are many famous Japanese poets throughout the last few hundred years and there are many famous Haiku in Japan. But there are very few that were considered masters of Haiku. Here are some examples that I’ve chosen by the Japanese Haiku masters that I listed in the previous section about the history of Haiku. [Since these Haiku were all written in Japanese, the English translations will not have the same number of syllables] 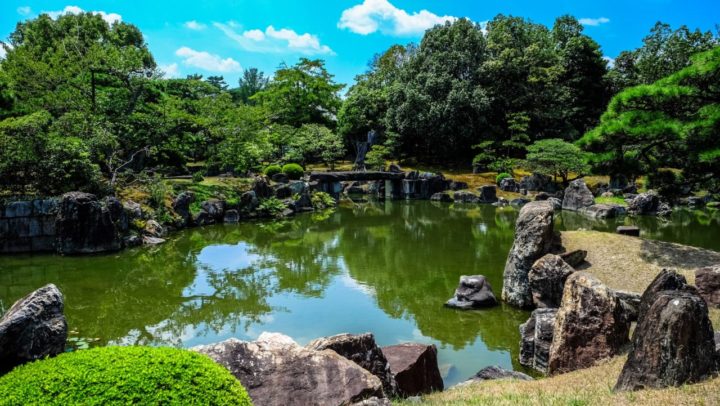 Which one of the Haiku in this article is your favorite? Now that you know all about what Japanese haiku is, why don’t you try writing some of your own! It is easier than you think. And if you are still really having trouble getting started then you might want to check out this Madlib-style haiku generator to give you some ideas.

I hope you enjoyed

this Haiku article on