How Much Do You Know About the Ingredients in Ramen? | Guidable

Ramen (ラーメン), also called “Shina soba” or “Chuuka soba” (both meaning Chinese soba noodles), is a dish always on the must-eat list of almost all foreign tourists visiting Japan. While its history is relatively short, ramen has taken the heart of many Japanese citizens and foreign food lovers’. Delicious and unfailingly inexpensive, ramen is rivaling sushi as Japan’s national dish.

Check out rules and manner when enjoying a bowl of ramen in Japan HERE!

There are various stories of ramen‘s origin, some of which state that the first ramen in Japan was discovered as long ago as 1665 when daimyo Mito Mitsukuni tasted a Chinese noodle soup dish. However, it is commonly believed that ramen was imported from China to Japan when the country opened its borders during the Meiji period, originating from Chinese restaurants in Yokohama‘s Chinatown. 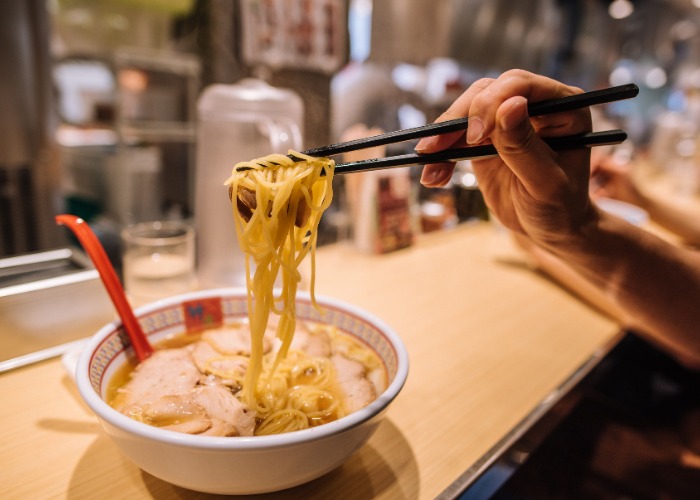 “Ramen” is said to originate from the Chinese word “lamian,” which means “pulled noodles.” Although Rairaiken, the first official ramen restaurant, opened in Asakusa in 1910, ramen was not famous until after the Second World War, when cheap American flour was imported into the Japanese market. And after returning, the dish was “Japanized” by Chinese soldiers who opened ramen restaurants. Then ramen reinforced its reputation as an essential part of Japanese cuisine in 1958, when Momofuku Ando brought instant noodles to the world, later considered the most significant Japanese innovation of the 20th century. Instant noodles are consumed 40 times a year by the average Japanese person today. 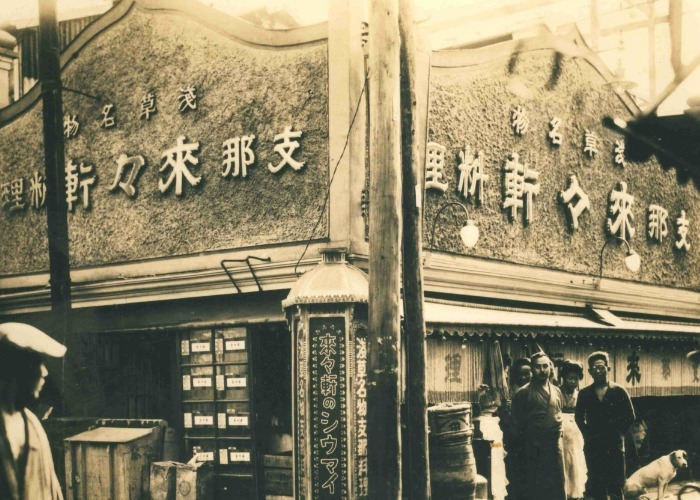 Ramen has become much more popular in recent decades, with a wide range of flavours, and ramen restaurants (called ramen-ya) opening in Japan and around the world. 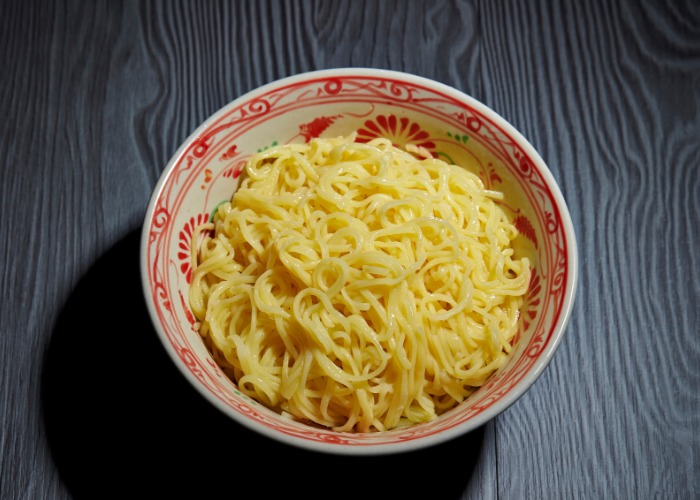 There are typically three ingredients in ramen noodles: wheat flour, salt, and alkaline mineral water called kansui. Surprisingly, by changing the ingredients’ ratio, these yellow noodles can be prepared in a wide range of ways, appearing in distinct textures. The noodles, varying from wavy to straight and from wire-like thinness to thick and udon-like, are chopped to balance the broth. You have the option to customize your noodles according to your desire at several ramen-ya: hosomen (thin noodles), futomen (thick noodles), or futsuu (regular). 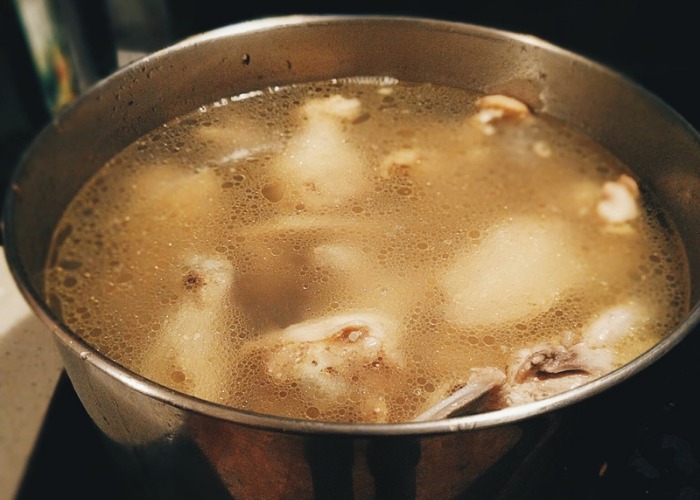 The dashi serves as the soup’s base. Soup taken from pork (tonkotsu) or chicken bone (torigara), which give a rich flavor to the broth, are the most popular dashi. The dashi from bonito flakes (katsuobushi), vegetables, kelp (konbu), dried sardines (niboshi), and assorted seafood are typically used for those who wish for a milder flavor. Interestingly, it is not unusual to have soups combining more than one form of dashi. 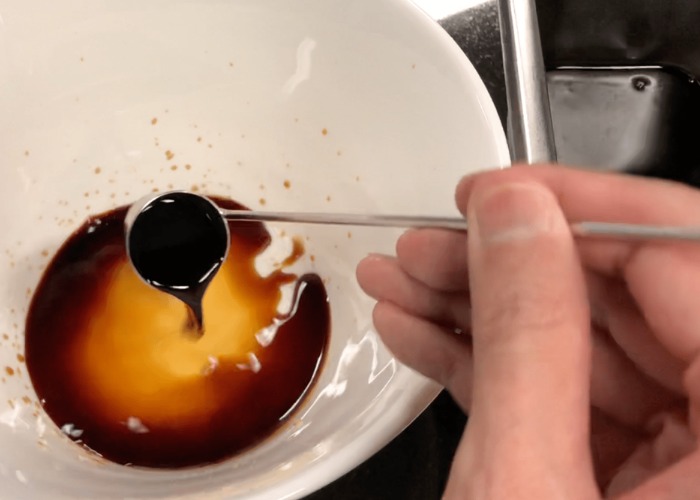 Koumi-abura brings richness to the broth, but some ramen-ya will choose not to use it in an attempt to stop the soup from being too oily. Pork backfat (se-abura), lard, garlic oil, and chili oil are familiar sources of koumi-abura. 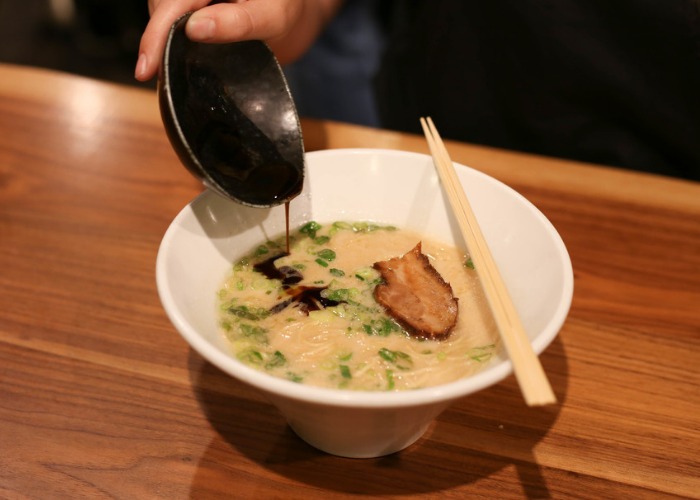 The soup is the ramen‘s backbone, with most ramen taking its name from the soup type. To finally achieve the right mix to complement the noodles and toppings, ramen chefs spend years perfecting their soup, mixing different dashi, tare, and koumi-abura.

Although it can be said that no two ramen are the same, they can broadly be divided into four categories, based on their soup: 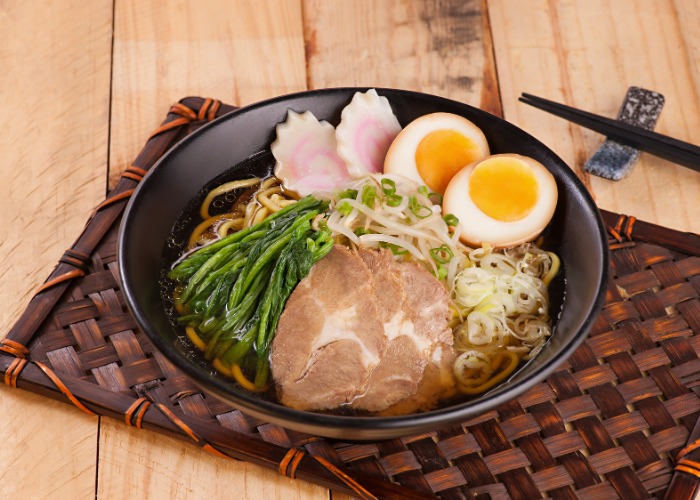 Shoyu ramen gets its name from its soy sauce tare and has a clear brown color. The dish is often considered the “standard” ramen flavor and is the most typically found. Shoyu ramen is commonly combined with chicken bone dashi, but there are also reasonably common variations with tonkotsu and vegetable broth. 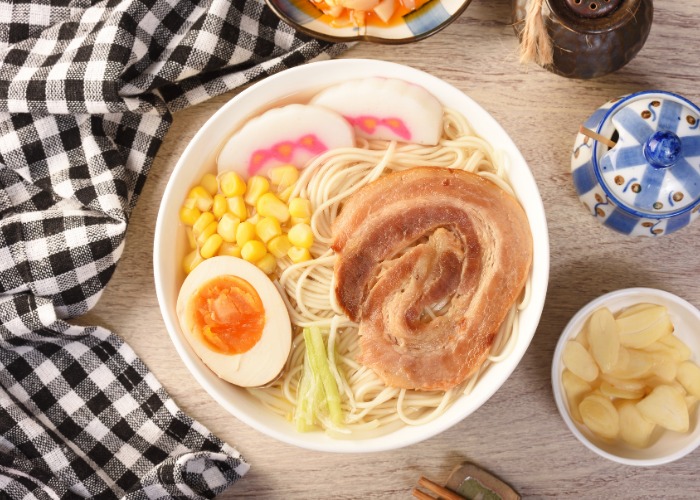 Shio ramen is named after the salt used to season the dashi. Its broth typically has a clear yellow color. Among the four main soups, this dish is regarded as the mildest one. Commonly mixed with chicken or pork bone dashi, for some flavor, some places also add a dash of shoyu. The history of shio ramen is almost as long as shoyu ramen. The city of Hakodate is particularly renowned for its delicious shio ramen. 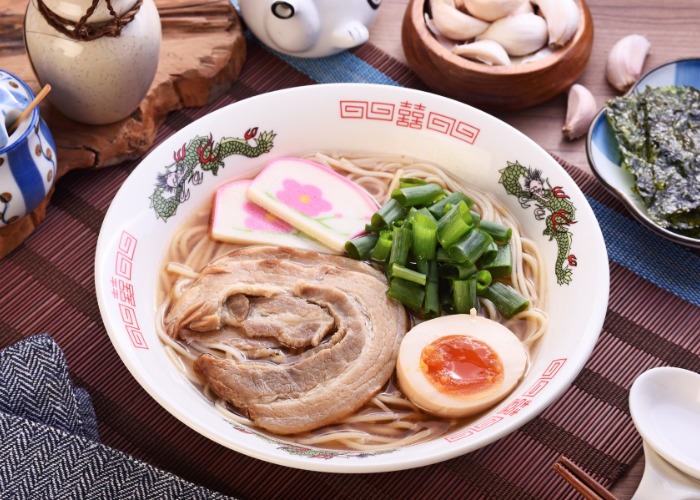 Miso ramen typically has an invisible orange-brown color broth and a very tangy flavor. The dish is mixed with pork bone, vegetable broth, back fat and lard to bring richness to the soup. Miso ramen is said to have originated and made famous in Sapporo when a customer asked a chef to put noodles into his miso soup.

Tonkotsu soup is different from the other three because it gets its name from the predominant type of dashi, rather than the sauce or seasoning. The dish usually has a cloudy, white color, with a creamy texture and rich taste, which contains a lot of collagen. 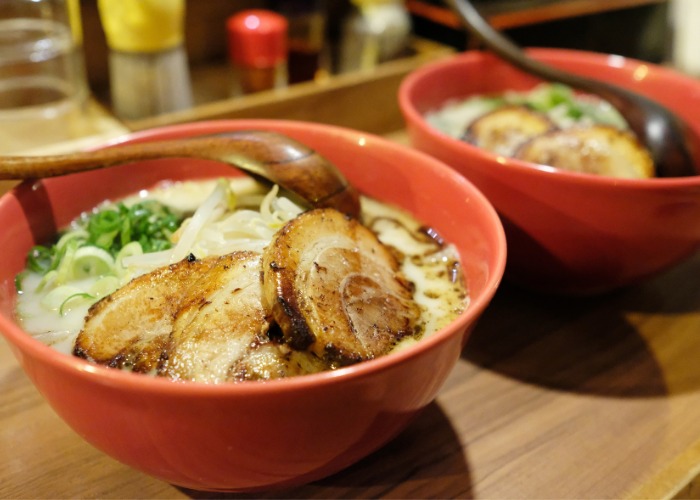 Shoyu and shio ramen are generally mild, while tonkotsu and miso have a richer flavor. Many ramen-ya, however, offer the possibility of customizing the soup to suit your tastes, as either kotteri (rich), assari (mild), or futsuu (regular). The amount of oil in the soup may also be adjusted, and you can say abura-oome (more oil), abura-sukuname (less oil), or futsuu (regular).

Without toppings, no bowl of ramen is complete. A typical ramen bowl will usually include three or four standard toppings. Many ramen-ya will have offerings with many different toppings on their menu (e.g., chaashuu-men, negi-ramen, etc.). For around 100 or 200 yen each, you can also add extra toppings to any bowl of ramen. Moreover, some restaurants have a zenbu-nose (all toppings) option. Certain toppings, can complement some broths better than others. For example, Sapporo’s miso ramen is topped with corn and butter, which is rarely included in any other broth’s ramen.

Below is a list of the most common toppings. 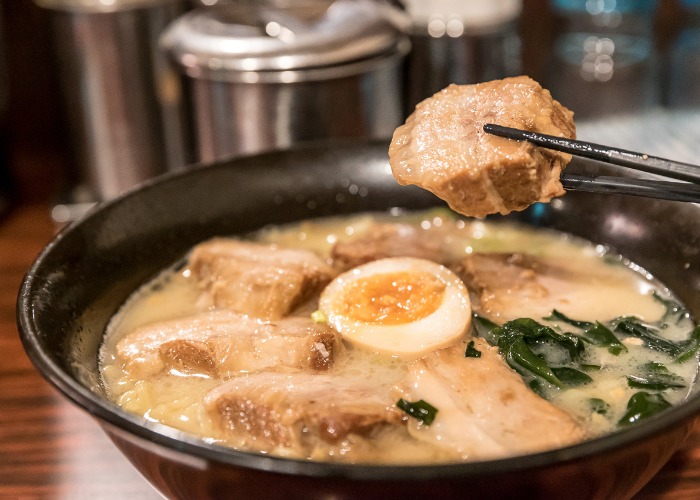 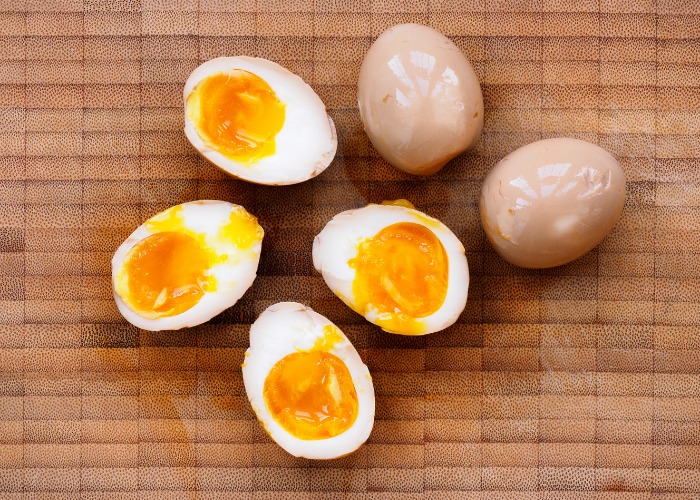 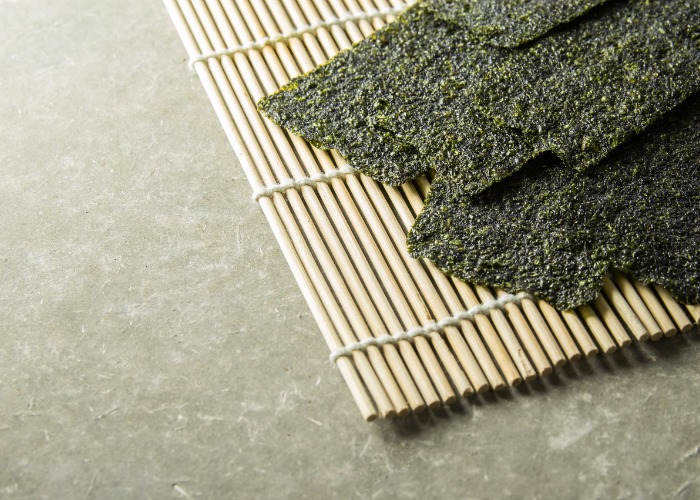 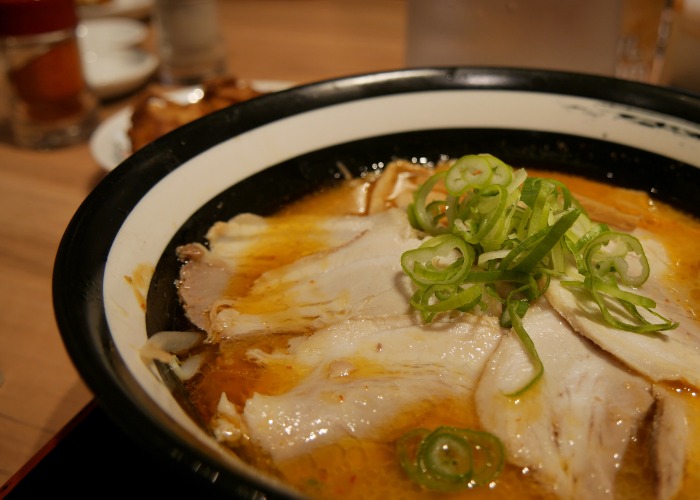 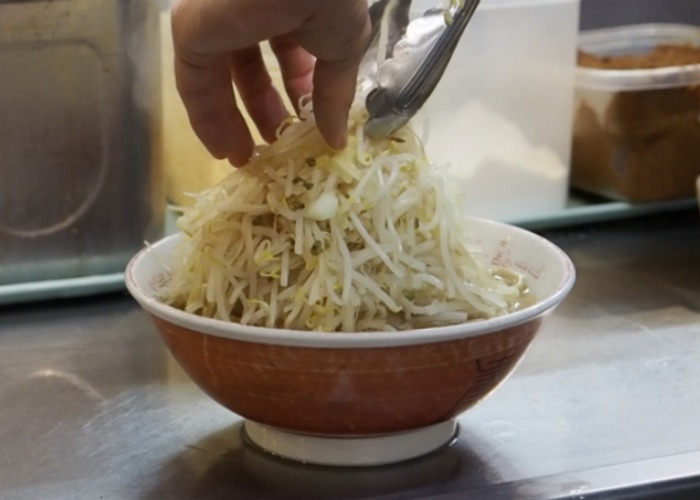 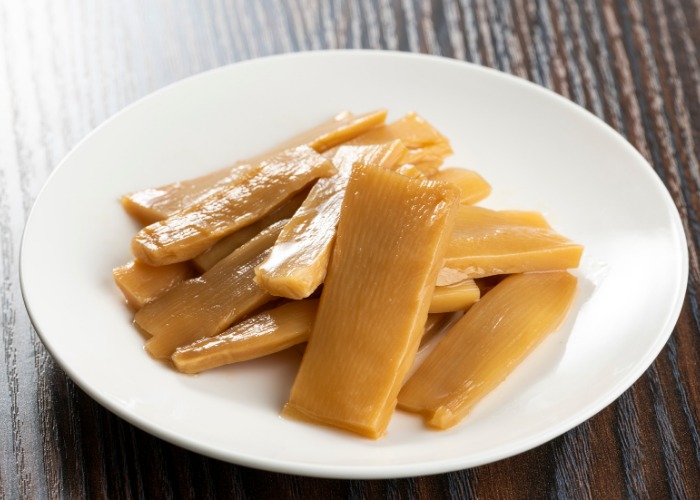 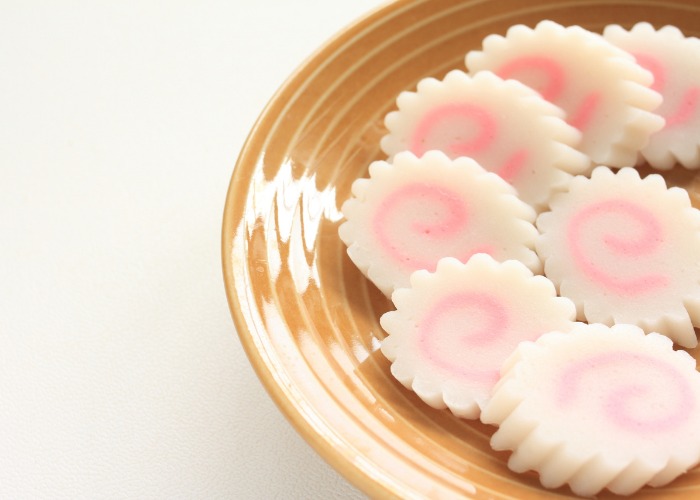 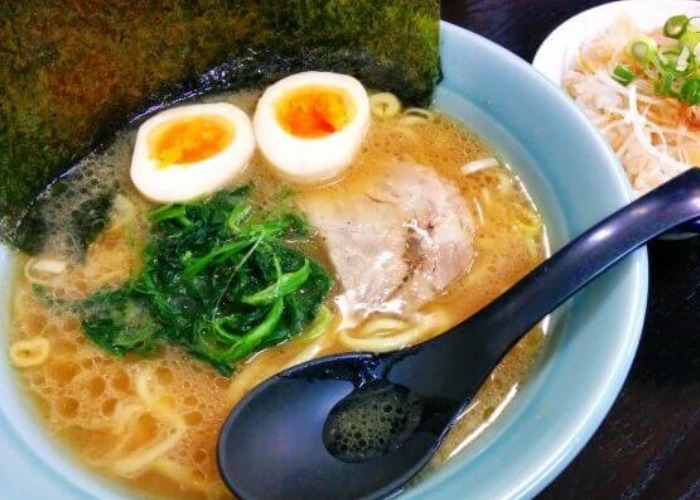 How Much Do You Now Know About Ingredients in Ramen?

Stay tuned for Part II “How to enjoy ramen like a pro!”

You can also check out the best way to enjoy sushi here.