1. Have You Ever Wondered What the Gender Roles in Japan Are? 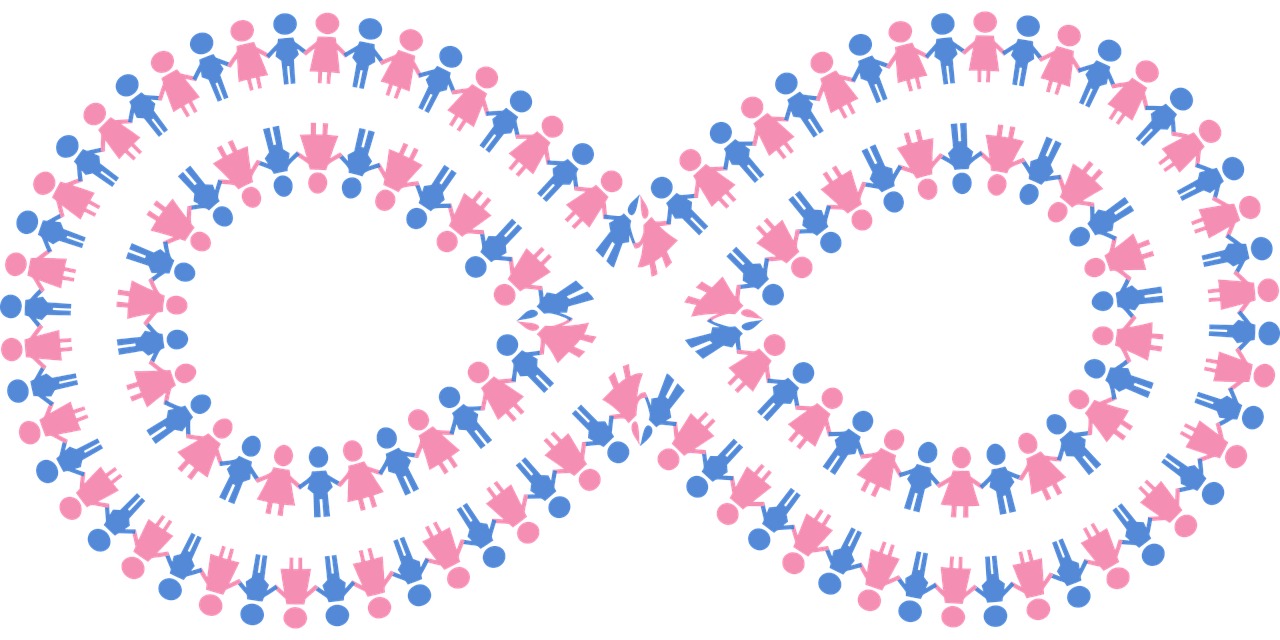 Like in most countries, there are gender roles in Japan for men and women. These set roles are changing, however, in recent years; they are not all the same as in the 1950s. What are these roles and why are they changing recently?

Do people assume these roles without any relations to gender?
Or, do people assume it depending on gender? If so, what are the roles for men and women, and how are they separated in Japan?

First of all, there are physical differences between men and women, and this connects directly to gender roles. Let us look at an example of when a child is born to couples. When a woman gets pregnant, several kinds of changes happen to their body, and some might not be able to continue just as they left off before becoming pregnant. If they were working, they may have to consider reducing the amount of work they do in order to look after their babies. Once they give birth, they most likely will not have their own time because they need to nurse the baby.

While men often help with certain aspects of looking after the newborn, and there are many options for feeding, they are not able to directly breastfeed a baby. Many men can go back to their previous job after the baby is born. They are able to keep working despite the fact the there is a new addition to the family.

Because of this physical difference between men and women, women are more naturally inclined to stay home, especially when they become pregnant or after they give birth. Men, meanwhile, will most likely keep working outside the home instead of the women. As a result, in many cases, women will end up having to do the housework. In addition, some men tend to rely on women and might not have time to participate in the housework.

The above description is the case that can be seen in Japan based on physical differences between men and women.

Is it, however, always the same?
Or, does it change as time changes?

This article introduces how the roles are separated based on gender in Japan today and what has changed in the last several decades.

2. History of Gender Roles in Japan

If we look at the role of men and women in the 1950s, it seems to be very different from what it is now.

We can divide the roles into roughly 2 categories: work and housework, work as a role of men and housework as a role of women. During the 1950s to 1970s, it was a time of high economic growth in Japan, and as a result, many married women quit their jobs because they could still have the same standard or even better standard with their husbands’ salary. Because of this, it was seen as common sense for people in Japan that women stay home and assume the role of housekeeper, as well as taking care of the children, while the men worked.

In the 1980s, the high economic growth came to an end, and this required that women go back to work in order to survive. By the 1990s, the wage at work became lower and lower, and more and more women went back to work to support their husbands.

As you can see, women’s roles have changed over the years. Meanwhile, there doesn’t seem to be much of a difference in the role of men over the years. Unlike women, in Japan, they generally keep working without much of a break for childrearing.

Now, let us take a more detailed look into the gender role of men and women.

As mentioned above, the primary gender role of men is work.
The main reason is throughout their lives, they are rarely forced to remain at home for certain periods, even when they get married and have children. In many households, it is assumed that the woman will take this role, and the man will earn the family’s income.

During the agricultural era, most men had more physical strength than women, and as a result, they assumed the labor work. And during the time of war, the people who took part in the battle were the men, and women stayed home to protect their families and babies. Today women are mostly exempted from military service, not only in Japan, but all over the world.

On the contrary, the gender role of women was based on housework. The main reason is that women have more need to stay at home than men, especially when they become pregnant.

Men cannot breastfeed a baby, but women can. Because of this physical difference between men and women, women are more likely to stay home to nurse their babies. What is more, because they stay home, they take over the housework while they are home. These tasks seem to go hand-in-hand when caring for a child.

For example, if the baby has a meal, the mother must do dishes. If a baby drops a meal on his or her clothes, she will need to the washing. Because of this situation, men thought it was natural that women assume the role of housework.

Nowadays men are also able to feed their babies from powdered milk, or from stored breastmilk. Yet still, the number of those who do is small in comparison. Because women tend to stay home as shown from the explanation above, many people in Japan maintain the idea that working from home is more common in women. 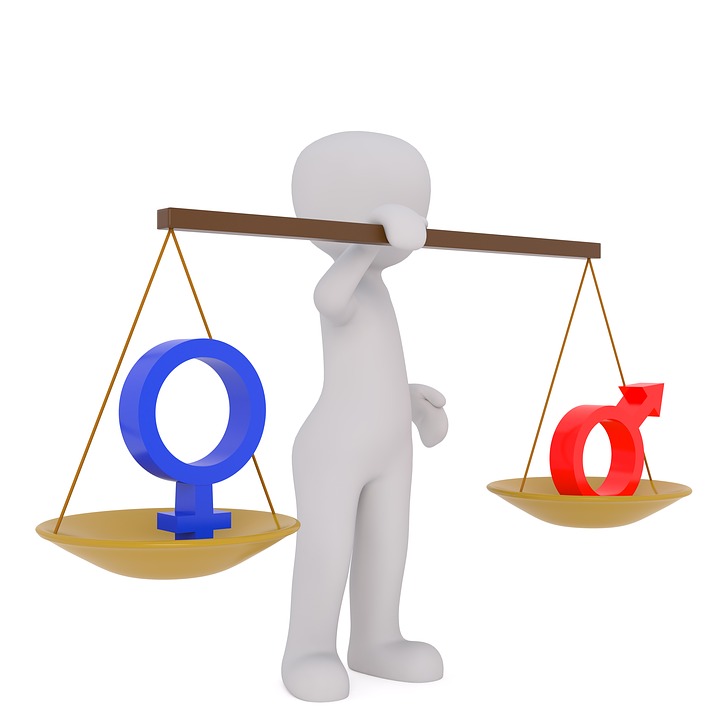 The situation is different in each period of history, and certain problems will occur if the way of thinking is always the same.

As you can see from the above history more and more women are working these days.

Do you think people in Japan are able to think out of the box to adjust to the situation? Or do you think they still keep the stereotype of men at work and women at home?

Actually, it is one of the biggest social issues in Japan nowadays because many people struggle to think outside these norms. It is obvious that people should change their way of thinking depending on each situation, but this is easier said than done.

The matter often heard these days is a husband does not participate in housework, although his wife is also holding a full-time job. Why does this happen, and what do you think is the reason?

It can be said because they still keep the stereotype and are not able to change their thinking patterns.

Although the situation is changing, it is not so easy to adjust their way of thinking. Because of this problem, it seems many women are facing the issue where they do not have enough free time for themselves, and many women assume the role of doing housework after they come back home from work outside the home. The situation is heightened if they have babies or children. In such cases, women have to take on both the housework and nursing after coming back home.

To symbolize this situation, the word iku-men in Japanese is often heard recently.

“Iku” means to raise children, and “men” is pretty self-explanatory.
The word iku-men is used to praise and applaud men who assume the role of raising their babies or children and supporting their wives, and they are respected especially by women. It can be heard on some TV shows as well, and there are some celebrities who boast the title “iku-men”.

In Japan, although about 90% of women take childcare leave from work when they give birth, only about 1% of men do in comparison.

This percentage shows a low level of awareness that many women are getting a job nowadays and the situation is changing.
In addition to that, it also shows that many people in Japan still keep the stereotype of men doing the work and women do the housework.

6.  Conclusion on Gender Roles in Japan for Men and Women 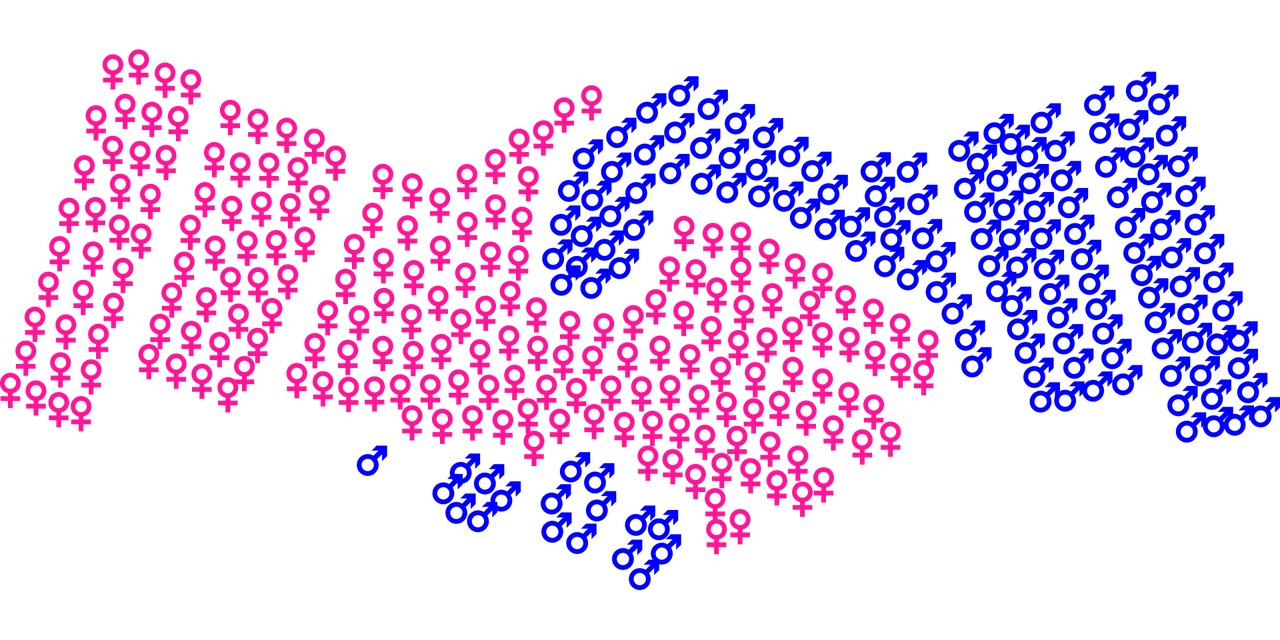 Was it interesting for you to get to know more about the gender roles of men and women in Japan?

As you can see from this article, they have received each role based on their physical differences historically, which has slowly evolved over time, but not enough to keep up with the changing values and ideas of today.

These roles, however, are not always appropriate in each occasion, which changes based on the trend of the times. Notably, more and more women are getting jobs nowadays in Japan, and the situation is changing.

Therefore, people should change their way of thinking to adjust.
It is, however, not so easy, and many people in Japan still cannot think out of the box, even if the situation is changing. Are they really aware of it, maybe they don’t have the means to change, or they just don’t want to think about it? In my personal opinion, the answer is the latter one. They do not want to think about it and pretend as if they are not aware because it takes time to change the social systems.

However, it is shown that there may be some progress, such as the concept of iku-men is becoming a popular keyword. To support 69.9％ of women who have a job, more and more iku-men are needed in recent years.

As you can see from this article, the gender roles between men and women need a balance, and it should not be a burden on only one side. The social system should also be changed so that it supports and adjusts the balance.

How is the situation in your country?

Do you think it is working towards the gender roles of men and women being equal?

We should not forget to respect each gender, and we should act so that both men and women can share responsibilities equally.

Do you have a different experience compared to gender roles in Japan?
Let us know how the situation compares in your country. We would love to hear from you.

What’s with the Rise of ‘Grass Eating Men’ in Japan?