Get to Know Japanese Bread: The Baked Goods You Have to Try in Japan | Guidable

Get to Know Japanese Bread: The Baked Goods You Have to Try in Japan

Despite being renowned for everything that is rice, Japanese bread makes up just part of a surprisingly extensive variety of baked goods that are exclusive to the country and represent the encounter between the French baking tradition and Japan’s peculiar ingredients and tastes.

Let’s discover the types of Japanese bread you have to try in Japan!

Kare Pan (curry bread) is one of the most loved types of Japanese bread. A soft pastry is filled with the traditional spicy and sweet Japanese-style curry and then fried. To step it up, try curry bread with a cheese filling or a soft-boiled egg. The curry bread scene has become so popular that many “curry bread” festivals are held around the country, and dozens of people line up outside the most famous shops. 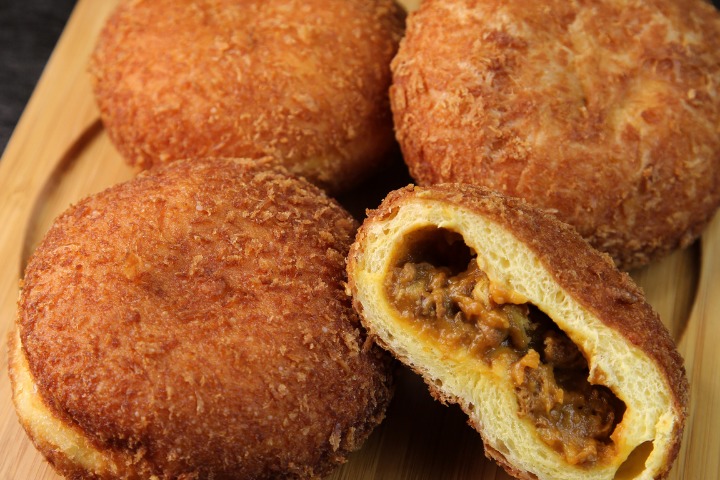 Japanese bread is generally sweeter, milkier, and softer than western bread, and that is why it pairs up so well with some traditional sweet ingredients of Japanese cuisine, such as anko, a sweet red bean paste. Anpan (“an” as an abbreviation from “anko”) is a bun filled with a sweet red bean paste, and it is probably the most classic and representative of Japanese style bread. 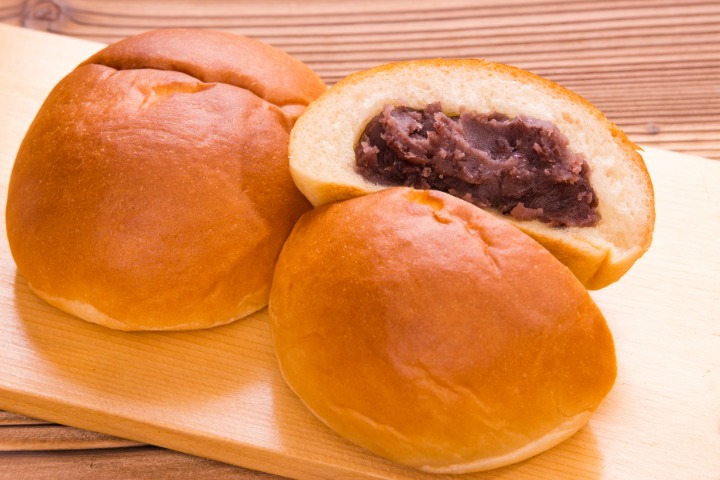 Would you ever think of putting yakisoba (stir-fried soba) inside a hot dog bun? Well, someone did it, and even if you had never thought about it before, it is undoubtedly delicious. The semi-sweet yakisoba sauce pairs well with the slight sweetness of the hot dog buns and the spicy pickled red ginger. Also, you can never go wrong with double carbs. 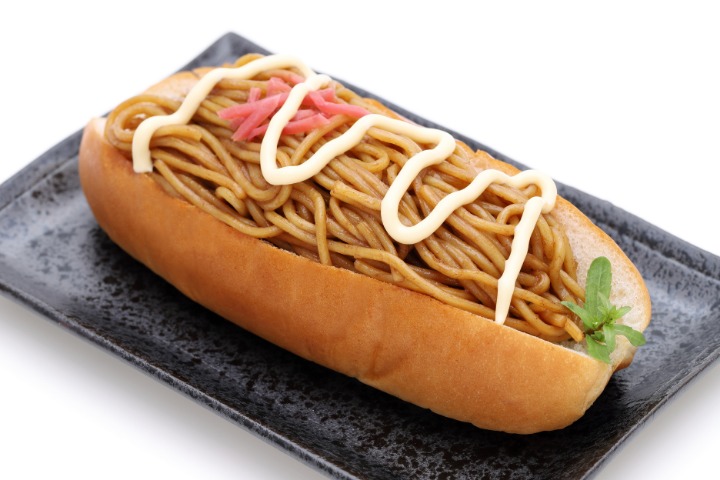 This is one of the most featured Japanese breads in anime and manga. Despite the name, it doesn’t taste like melon at all. The bread is sweet and soft on the inside and has a crunchy sugar coating on top that gives it a melon-like appearance. Try it plain or eat it in the ice cream sandwich version—as a warning, it can get addictive. 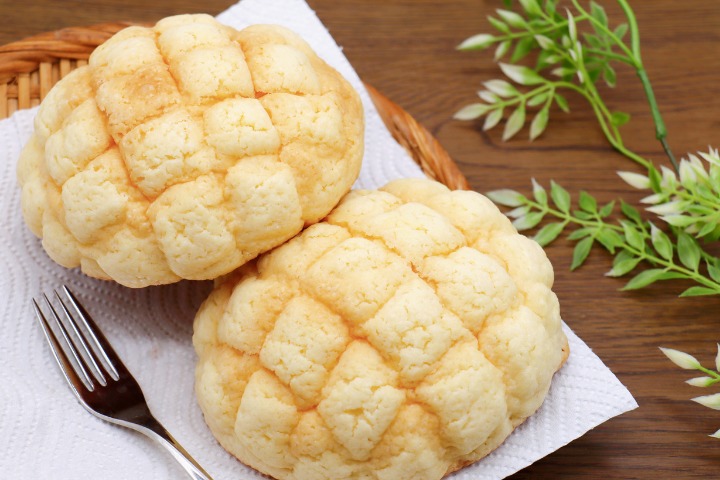 Shu Kurimu (choux cream) puffs are a delicate creation: a pastry filled with custard or whipped cream of French origin, which has gained enormous success in Japan. Choux cream puffs can be commonly found not only in high-end French-style patisseries and bakeries but also as industrially produced versions that are available at your local convenience store, supermarket, and sometimes even in vending machines.

The choux are light and airy, and the rising popularity has given birth to different styles of cream puffs—with a cream coating (similar to eclairs) and with multiple variations on the custard filling theme—you will be spoilt for choice. 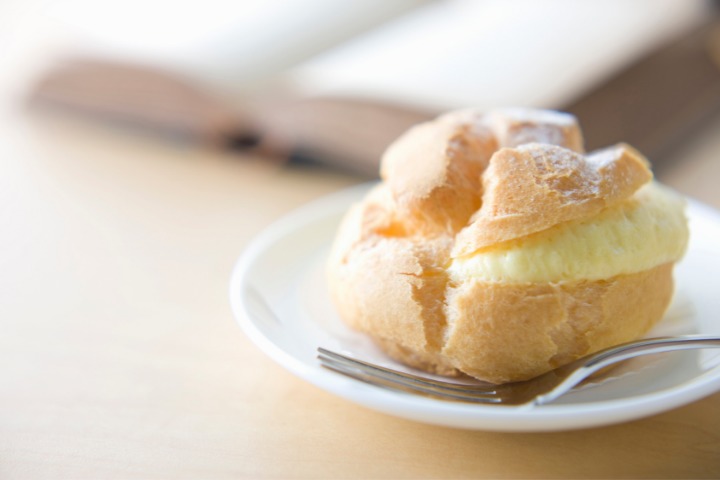 Steamed bread and cakes are one of the staples you can find in Japanese bakeries. They are the closest Japanese baked good to a western muffin or cupcake—light and fluffy. Japanese-style variations include matcha, red beans, kinako (roasted soybean powder), and sweet potatoes.

“Sando” is the Japanese abbreviation for “sandoicchi” (サンドイッチ), aka sandwich. Katsu Sando is the epitome of Japanese sandwiches, which combines the crispy traditional breaded and fried Japanese pork cutlet called tonkatsu, the “katsu,” with fluffy white bread, the “sando.” This can be found in many bakeries which buy their cutlets from other businesses and combine two high-quality components to create the ultimate sandwich experience. 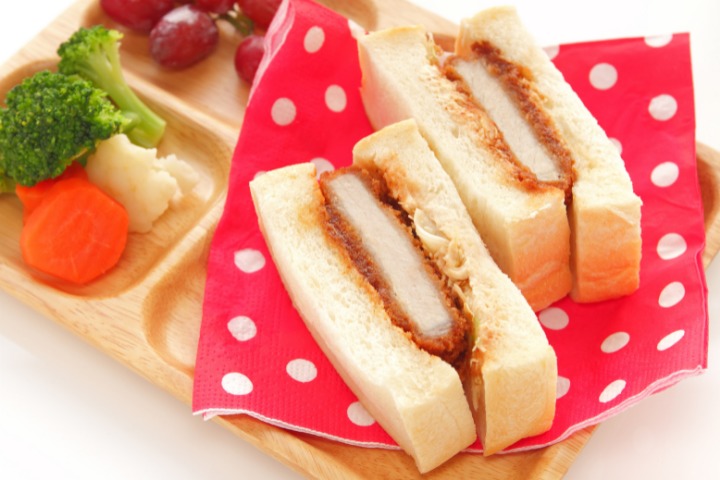 Korone is a sweet soft cornet-shaped bun filled with chocolate cream in its most traditional version. Despite the fact that the name evokes thoughts of a European origin, choco korone is an original Japanese creation. The familiar shape can be found everywhere around bakeries and convenience stores.

The Wiener Roll is another foreign imported-sounding type of bread, but this is also an authentic Japanese creation. In its essence, it is close to a hot dog, but the German “wiener” is wrapped in a milky bread roll topped with ketchup and oregano and then baked. 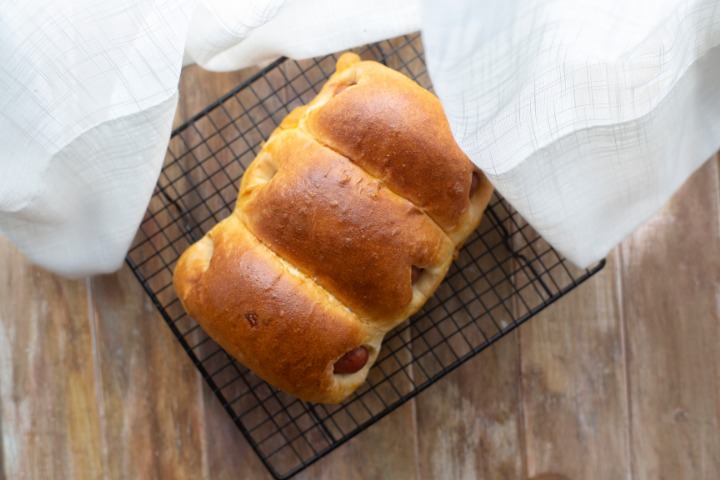 Kurumi Pan (walnut bread) is another bizarre staple in Japanese bakeries and supermarkets, which is not something so familiar abroad. This bread comprises roasted walnuts mixed into a dough made of coarse rye flour, warm sugar, and condensed milk.

Scones are a classic English tea-time treat, but despite their British origin, they have become quite loved in Japan, where they are sold both freshly baked in bakeries and pre-packaged in supermarkets and cafes— the most popular of which are the chocolate and raisin versions. 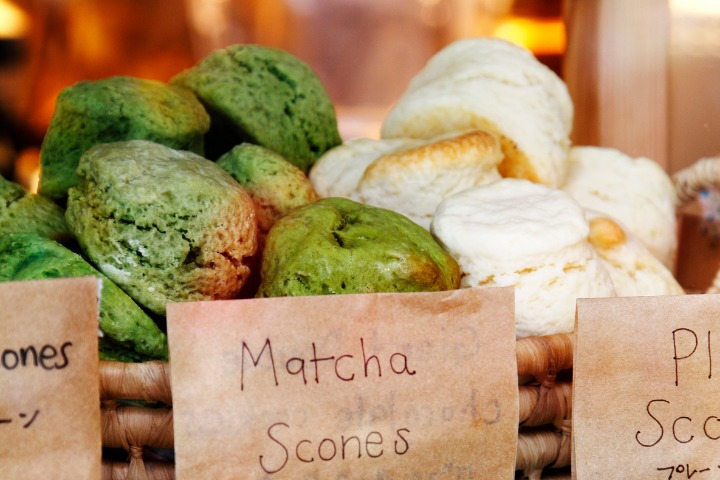 You might not have known, but from savory to sweet, Japan has some of the best bread in the world. Get in a bakery, explore the packed shelves and make sure not to miss out on these!

Japanese Ume Plums: How to Eat Them The Japanese Way