Great Onsens To Visit During Summer 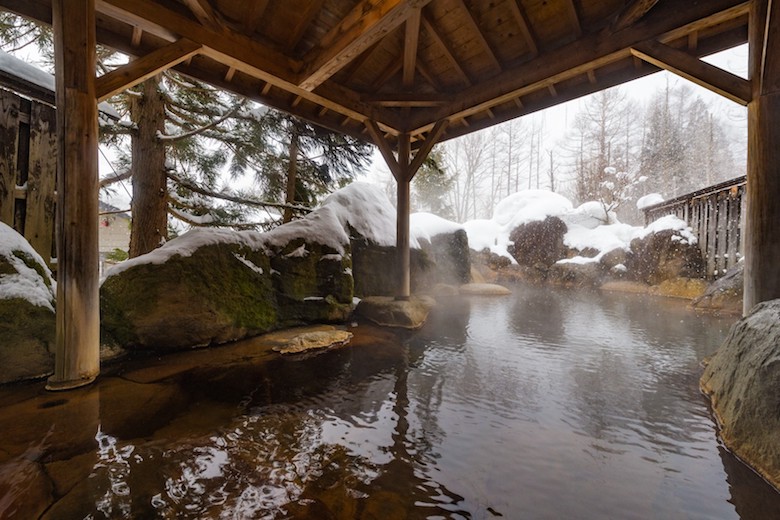 Have you ever been to an onsen (hot spring)? An onsen is a large bath shared by many people, and they are an important part of Japanese culture. In Japan, popular resort areas often spring up around onsen. These baths come in two styles: indoor onsen, which are more common, or outdoor onsen, which are called rotenburo. The natural bathwater has many minerals that are good for our bodies, so people visit them both for their health and to enjoy the warm water.

This article is going to introduce onsen, one of the best ways to enjoy your summer vacation in Japan.

You may have heard of Atami before. It is one of the most famous onsen resorts in Japan. Atami is a city located on the Izu Peninsula in Shizuoka. It is said that the first Tokugawa shogun loved Atami Onsen. There are many onsen hotels along the beaches. You can enjoy beach life during the day and relax in a great onsen at night. Fireworks are often fired from the beachside, especially during the summer. If you go to Atami in the summer, you can enjoy onsen, the beach, and fireworks all in the same place. 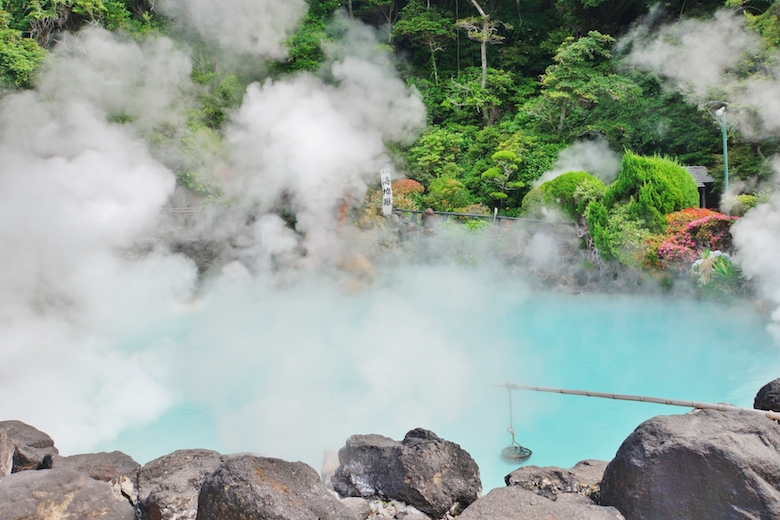 The area is surrounded by volcanoes and an area for sightseeing called “Beppu Jigoku.” Beppu Jigoku means Beppu Hell, a name it received because it has boiling hot ponds and springs that look a lot like what people imagine when they think of hell. It takes a long time to get to Oita from Tokyo, so it’s best to visit during the summer when travel is easiest. 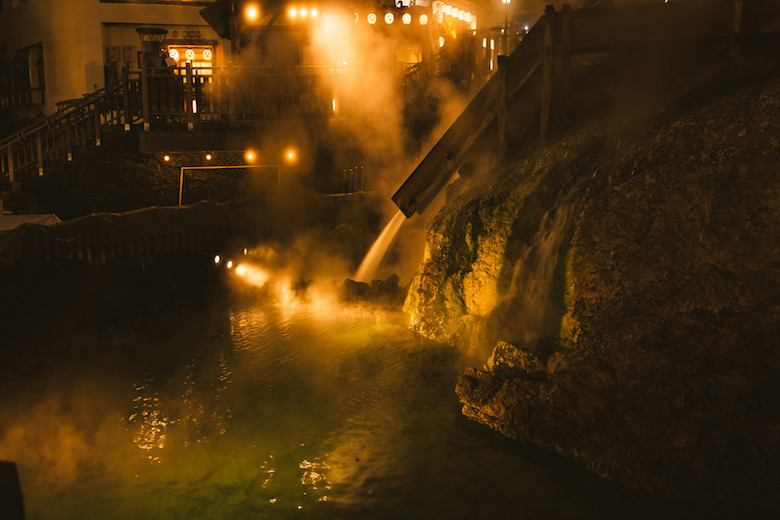 Gunma Prefecture, which is in northern Kanto, is the home of Kusatsu Onsen. This onsen is 1200 meters above sea level, and it has retained the feeling of an old Japanese onsen town. If it’s summer, wearing a yukata is a great way to participate in the traditional atmosphere.

The accomodations in this town include ryokan (traditional Japanese inns), resort hotels, western-style boarding houses, and private residences. You can find the perfect place to stay based on your needs. If you are staying or living around Tokyo or the Kanto area, this is a great place for a short trip.

Kinugawa Onsen is in Tochigi prefecture. They say these hot springs were discovered during the Edo Period (1603-1868), and at that time only highly-ranking people or priests could enjoy the onsen here. Now it’s a popular onsen spot with many hotels. Around the onsen are many sightseeing spots such as Nikko Toshogu, Tobu World Square, Nikko Edo Mura, and more. The water is alkaline, which helps ease neurological pains. Like Kusatsu Onsen, it is relatively easy for those who are in the Kanto area to get to Kinugawa Onsen. 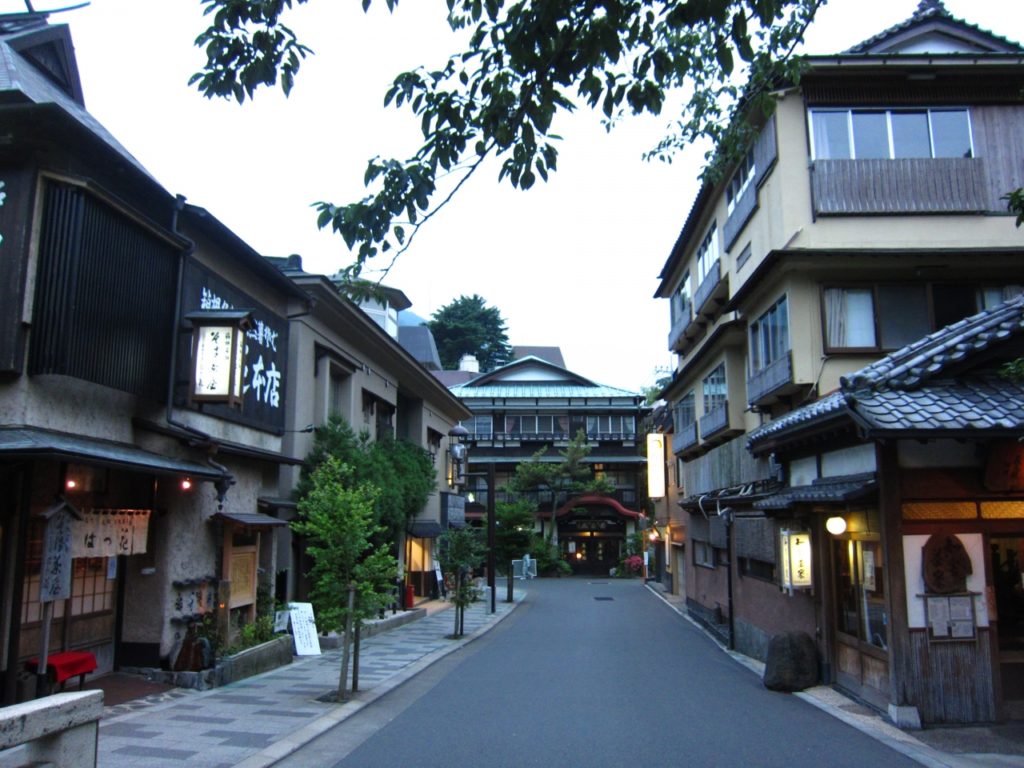 Kanagawa prefecture, which is next to Tokyo, owns this onsen spot. Because of the location, it’s possible to get there from Tokyo in only 75 minutes by Romance car, which is a type of special train. The onsen has a long history, spanning from 738 CE, and it contains many spring sources. You can enjoy the onsen for just a single day or stay there for a short trip. There are also traditional buildings, temples, and beautiful nature spots to visit. When you are hungry after enjoying sightseeing and onsen, try this town’s famous soba (buckwheat noodles). 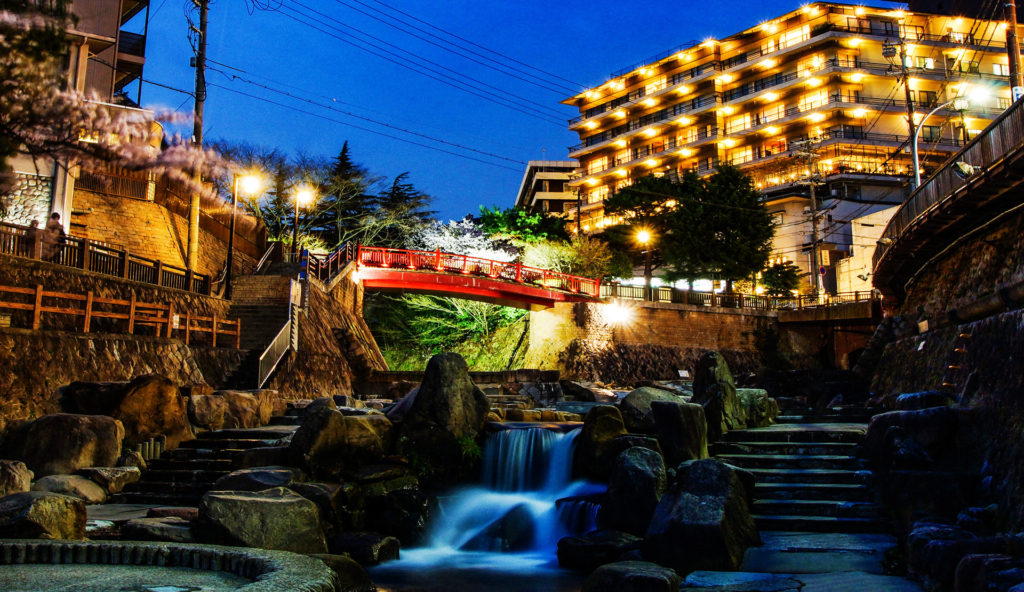 Arima Onsen is one of the three most famous onsen in Japan. It is located in Hyogo Prefecture and it takes thirty minutes from the center of Kobe City or one hour from Osaka by car. This onsen spot has been beloved by many for its traditional accommodations. The historical onsen area is surrounded by nature, and the combination of the greenery and the hot water is especially relaxing. There are many kinds of hotels for families, couples, student groups, and so on. You have many options to suit the purpose of your onsen trip.

Onsen have been loved by many people for a long time. If you want to experience Japanese culture by having an onsen experience, there are many places to go. Some places are good to visit in summer as they have beaches around them. Onsen tend to be located outside of urban areas, making summer vacation the best time to plan an onsen trip. Onsen melt away the stress of daily life and give you the energy to seek out adventure. This article has introduced only a few onsen, but there are many more.

Find your favorite onsen and have a great summer vacation.