Hinamatsuri: A Celebration of Girls | Guidable

Hinamatsuri: A Celebration of Girls

Japan is known for the numerous festivals that occur all throughout the year. Of these, there are 5 significant annual festivals called gosekku (五節句), or the five seasonal festivals in English. These five seasonal festivals are held from the first day of the first month and then, counting by odd numbers to the ninth day of the ninth month. The festivals include New Years on January 1st, Hinamatsuri on March 3rd, Children’s Day on May 5th, Tanabata on July 7th, and the Chrysanthemum Festival on September 9th.

Hinamatsuri, one of these main Japanese festivals, is held annually on March 3rd. It is also called the Doll Festival or Girl’s Day, the primary purpose of the festival being to celebrate young girls in a family as well as the arrival of early spring. Today, we will introduce Hinamatsuri and how Japanese people celebrate this festival. 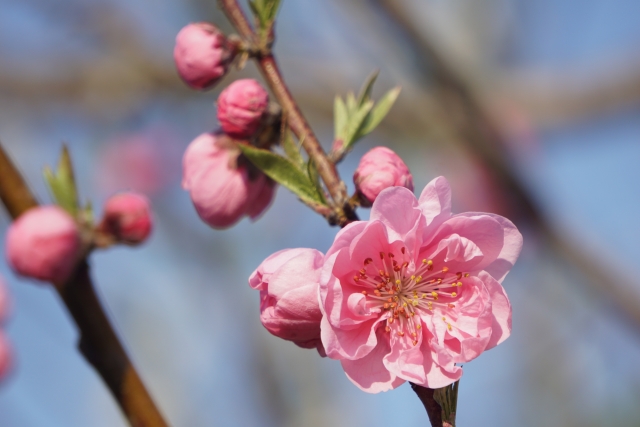 Hinamatsuri (雛祭り) is celebrated on March 3rd every year. The name “Hinamatsuri” comes from the word “hina” meaning “doll” and “matsuri” meaning “festival.” Hinamatsuri has another less-common name as well, which is “Momo no Sekku,” or “Peach Festival.” The festival started during the Edo Period (1603-1868) and was originally held to celebrate the blooming of the peach trees in the early spring.

The dolls, on the other hand, were derived from traditional paper toys called “Hitogata,” and were transformed into the dolls that we see today that are displayed in households to remove the evil spirits from the house and bring good luck. On this day, the blooming of the peach trees represents the growth of female children, while displaying the dolls inside the house brings charms and good health to girls.

The exhibition of the hina dolls also has the purpose of giving gratitude to the gods for giving female children to a family. 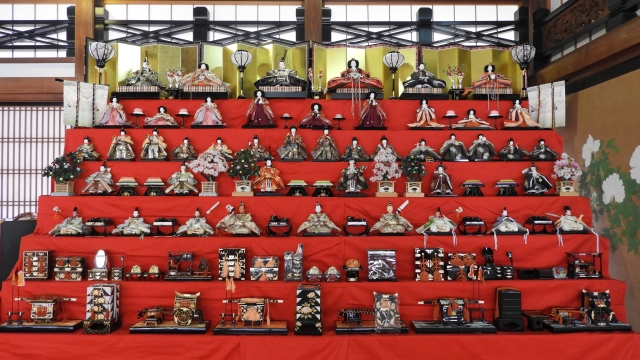 According to Japanese tradition, Japanese families will bring out dolls dressed in the full traditional attire of the aristocrats of the Heian Period (794 – 1185), and display them on a multi-step platform from the middle of February until March 3rd. The hina dolls are dressed in different styles and placed in their proper location according to their titles.

The first ladder is reserved for one male and one female doll that represent the emperor and the empress, with a golden screen placed behind them. The other platforms consist of servants of different ranks, including three ladies-in-waiting to serve the emperor and empress, five male musicians, guards, children with other ornaments including food trays, an orange tree, a peach tree, and other props. The stairs have 5 to 7 levels, depending on the household. These dolls were originally used during the celebrations in the Edo Period to ward off evil spirits, and it is still a tradition to offer treats to the dolls.

In some households, there is also a tradition to release the paper dolls in rivers when Hinamatsuri comes to the end in order to carry away any misfortune.

Since hina dolls are usually very expensive, households generally tend to pass them down throughout the generations. Some households may pass the set of dolls to a daughter when she gets married to prepare for the next generation. Meanwhile, other households may display only smaller sets that consist only of the emperor and the empress as it is more affordable and easier to store after the festival. Japanese tradition dictates that sets must be put away as soon as the festival ends, or else their daughter will be unable to marry for a long time. 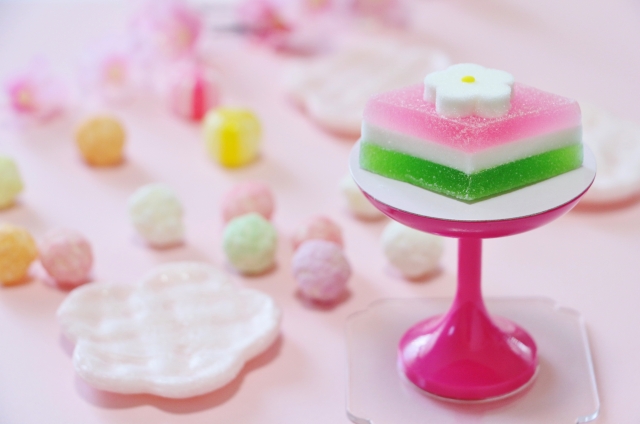 Aside from decorations, Japanese people celebrate with some delicious savory dishes and scrumptious desserts such as hina arare, hishi mochi, chirashi-zushi, and hamaguri ushio-jiru.

Hina arare are multicoloured rice crackers whichoften are white, pink, green, and yellow colours in small pieces. Hishi mochi is a tri-colour rice cake with pink, white, and green layers. Chirashi-zushi uses sushi rice and many colorful toppings that when assembled, resembles a sushi cake. It usually contains vinegared rice, fish, egg, and vegetables that are optional and may change depending on the family’s tastes. And lastly, hamaguri ushio-jiru is a clear clam soup made with kelp, calm, and some garnishing.

Did you learn anything interesting about Hinamatsuri? Nowadays, Japanese people still celebrate Hinamatsuri, however, now it doesn’t only celebrate girls but also femininity in Japanese society. It is a fun, colorful celebration, with beautiful decorations and delicious food.

We hope you get to experience it sometime too!