How many uniquely Japanese things you know? Samurai, anime, sakura gazing, standing in line for two or more hours, futuristic high-tech toilets, yes, that is all true. There is still one more thing that Japan has and other countries, as far as I know, do not. That is hotels that are specializing in serving couples, the so-called Love Hotels or Rabuho in Japanese.

All About Japan’s Love Hotels 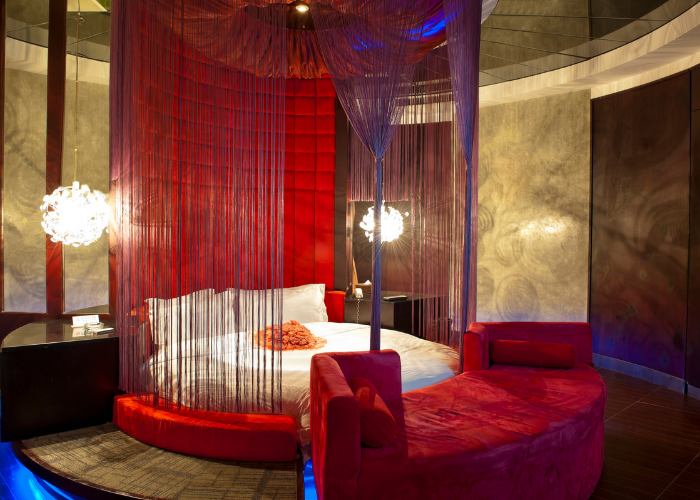 One of the most popular “Gaijin Youtubers”, Chris from Abroad in Japan, has not one but three videos about Japanese love hotels with close to 10 mil views combined.

That can give you a sense of how popular and “hot” the topic of love hotels is among non-Japanese. I did some additional research and found out that the top five YouTube videos that cover this topic have 27,5 million views combined. Another popular topic, “Japanese Girlfriend” has only 10 million views combined. See the difference? 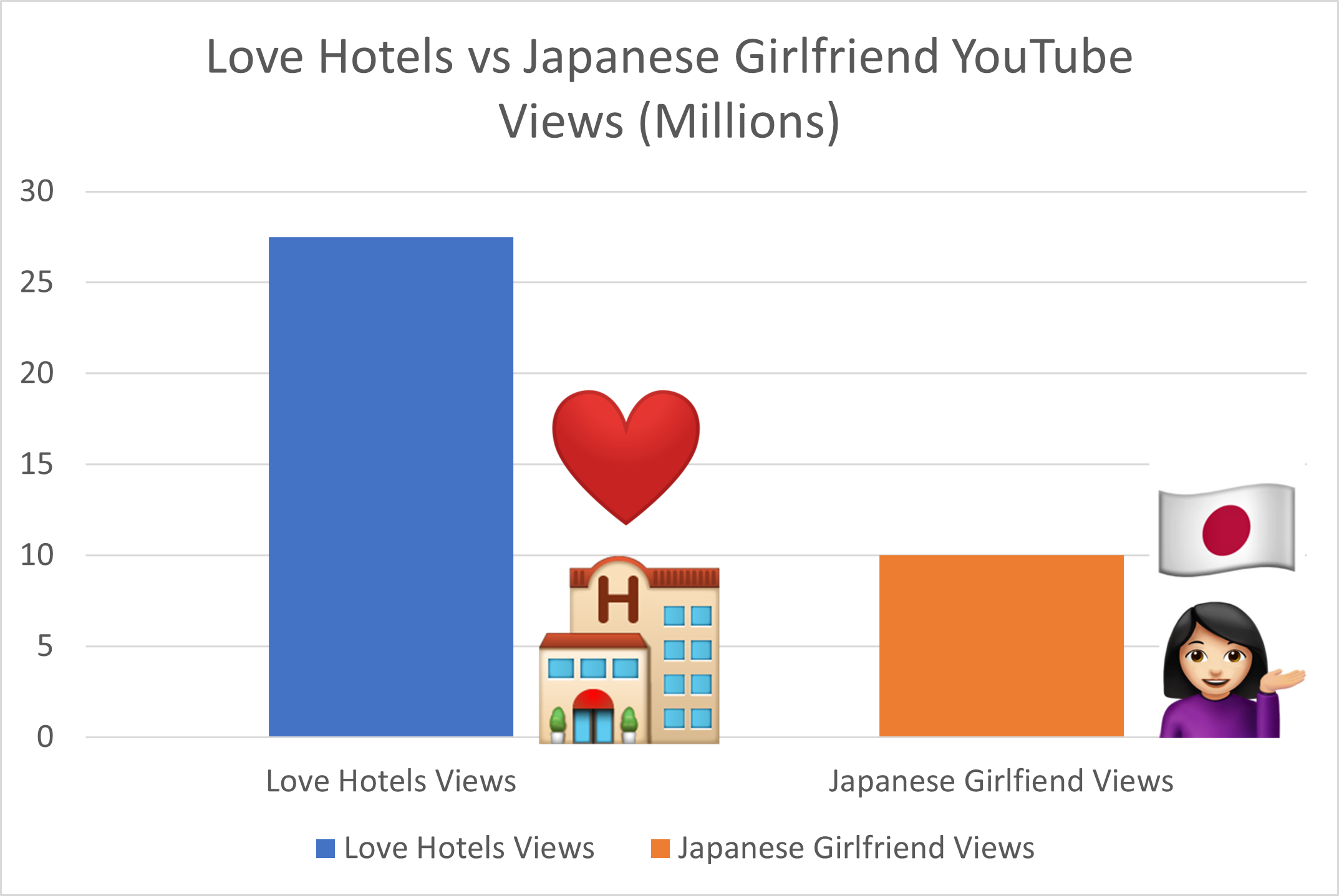 Some foreign tourists are even asking for recommendations about which love hotel to visit. For this kind of person, I am writing this article. Here, I will explain what a love hotel usually is (spoiler: pretty much everything) and a brief history of the industry. Then, I will pick up a love hotel for different kinds of personalities and “adventure” that you want to experience. Whether you are going there with your significant other or if it is a person you just meet two hours ago at one of Roppongi’s bars, not so significant other, I hope you will find this article useful.

The construction industry in Japan started booming in the 1950s when Japan, after recovery from the destructions of the Second World War, entered a period of high economic growth. A larger number of workers from rural areas started moving to centers like Tokyo so the construction companies started building hotels to ensure that the workers have necessary lodging.

Some of the hotels were specifically targeting young couples. These hotels were called  Tsurekomi (連れ込み) inns which can be translated as “take into” or “bring along.” They were designed to act as a place where couples can stay for a short stay and spend time together. 70 years ago many families lived together with grandparents and children, Japanese houses are usually quite small so there isn’t that much space for intimacy. That situation spiked the demand for Tsurekomi inns.

People started using the modern term “love hotel” in the early ’70s. This was the time when Tsurekomi went upmarket after a considerable amount of Japanese became a part of the middle class. That was also the time when love hotels became kinky. One of the first examples of this is the Meguro Emperor Hotel which looks like an old European castle. Love hotels couldn’t openly advertise themselves at that time so had to differentiate using the design hence many hotels turned into “Jurassic Parks”, “Ancient Greece” or “Spaceship”.

Today, the love hotel is not only a place to “love” but also a place where you can relax. Modern love hotels offer karaoke, game console, decent food, and more. Almost every hotel has a special zyoshikai (女子会) plan for a girls’ party, although it is hard for me to imagine girls celebrating their friendship next to the rooms where people “love” each other.

Usually love hotels have a system where you chose to stay for 2-3 hours which is kyukei (休憩) or shuyppaku (宿泊) which is stay overnight.

Which Love Hotel Room Would Suit You?

As I mentioned above, love hotels really tried to differentiate by providing various “experiences”. Whatever your taste is, there is certainly something that suits your taste. Next, I would like to introduce some of these “experiences” and a potential reason why you might want to try it.

You missed school so much that you want to come back 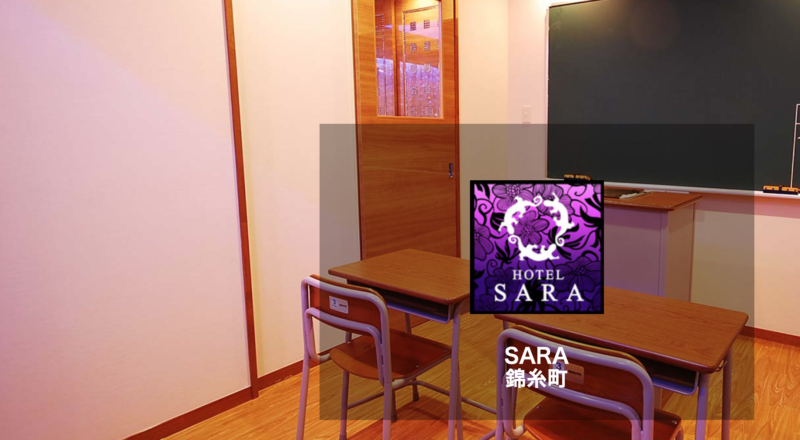 Luckily for you, many love hotels have rooms that look like a Japanese schoolroom. Might not remind you of your school years but it is still something. Book Hotel Sara to reminisce about your lost youth.

I already mentioned the Meguro Emperor Hotel, the love hotel that looks like an old European castle. Do not forget your crown but please don’t forget that the service staff are not your slaves. 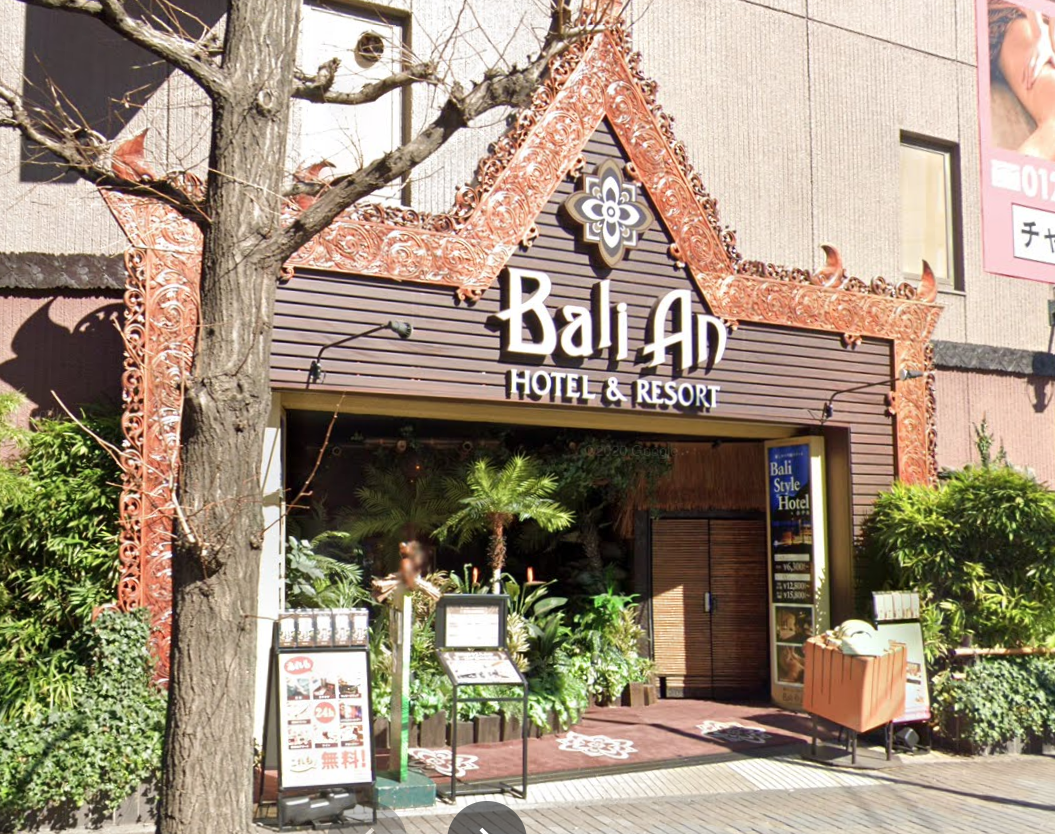 COVID ruined your vacation plans? Thank god Bali An provides an authentic Bali experience. Chose between “Theater Type Room”, “BaliAn Type Room” and my favorite “Sweet type Room”. Just like a real trip to Bali, can be quite pricey.

There is a certain kind of otaku who marvels by just looking at trains. If you are one of them, this place is for you (can’t think of any other reason). Hotel Kwave R seems like a good option for train lovers.

You want to find a place to read ancient Greek philosophy

If you want to understand Greek philosophy you need to fully immerse yourself. The concepts coined by Pluto and co are too complicated to comprehend in your room. This is why you should go to a love hotel like Hotel Papion that has room stylized after ancient Greek rooms.