JLPT, Eiken, and Other Strange Proficiency Tests in Japan | Guidable

JLPT, Eiken, and Other Strange Proficiency Tests in Japan

For whatever reason, Japan is a country that loves qualifications. In the current article, I’d like to discuss some proficiency tests that are commonly taken in Japan, including some tests that are designed for Japanese natives and some that are intended for non-Japanese foreigners, as well as some tests the very existence of seems odd…

Before We Get Into The Strange Tests of Japan, First Let’s Look at JLPT!

I’ve mentioned this test several times in previous articles. This test is a proficiency test for non-native speakers of the Japanese language and is conducted twice a year in Japan and abroad. This is the most widely accepted way to test non-native speakers’ Japanese language proficiency. This test started in 1984 (the year I was born), and I passed its highest level in 2009.

The current format of this test consists of five levels, and I cannot recommend taking this test enough. The test consists of five levels, 5 Kyuu to 1 Kyuu, with 5 Kyuu being the easiest and 1 Kyuu being the most difficult. This test does not have a “writing” portion or a “speaking” portion. Instead, it tests the applicants’ ability to read Japanese, correctly read Japanese Chinese characters (Kanji), and understand Japanese grammar. For employment purposes, 5 Kyuu to 3 Kyuu is essentially worthless, as they demonstrate the applicants’ ability to perform rudimentary Japanese at best. Even 2 Kyuu, which ostensibly demonstrates that the applicant has semi-advanced Japanese proficiency, is useless.

Several years ago, I was tasked with hiring a new translator for my company, and as the absolute base qualification, I required that applicants have passed 1 Kyuu, and even with this, I realized how insufficient this was. Most bright twelve-year-old Japanese kids could pass 1 Kyuu without any remarkable difficulty, and passing this test does not necessarily mean the said applicant is qualified to translate. HOWEVER, I have never met anyone with JLPT 1 Kyuu who was not good at Japanese (for a foreigner), and this level essentially means the said person can read Japanese pretty close to an adult level (i.e., the level of a bright twelve-year-old). 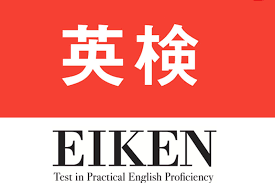 EIKEN (英検) is an English proficiency test for non-native Japanese speakers of English. Japanese students most often take this test. It consists of a speaking test (in an interview form), a reading comprehension test, a listening test, and a writing test. EIKEN has several grades, Grade 5, Grade 4, Grade 3, Grade Pre 2, Grade 2, Grade Pre 1, and Grade 1, with Grade 1 being the most difficult and Grade 5 being the easiest. I’ve helped students prepare for the oral interview for Grade 2 and Grade Pre 1, so I can give my impression about the difficulty of the speaking sections.

They seemed like pretty hard questions, with one of the interview questions asking students what they thought about global warming and how we should combat it, and the Grade Pre 1 interview was even more difficult. However, a Japanese friend of mine who is a teacher told me the grading for the interview section is very liberally graded. On a sliding scale of zero to four, if the interviewee attempts to answer, with any word in English, then he gets one point. A very poor answer that demonstrates the question was understood earns the interviewee two points. So anyway, from I’ve heard, while these interviews appear complicated, but the actual grading is pretty liberal.

TOEIC and Other English Proficiency Tests in Japan 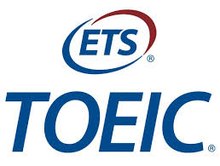 This is an English proficiency test for non-native speakers and, unlike EIKEN, is conducted in many countries. A “perfect” score is 990, and many Japanese employers seek Japanese speakers with a score exceeding 900 for those to be considered “advanced” speakers of English.

Traditionally, this test had a listening section, a grammar comprehension section, and a reading comprehension section, though, in recent years, speaking and writing parts were added. Unlike EIKEN, which is mostly taken by students, this test is taken by working adults (shakaijin). A few things I would like to note about this test: (1) it can be taken many times in one year, so the more you take it (and thereby, the more used you are used to the format of the test), the more your score will rise. (2) This test is not terribly hard; and (3) despite its shortcomings, this test is widely recognized by companies seeking some objective measure of an applicant’s English ability.

Also, on a personal note, I took this test myself several years ago so that I could give better advice to Japanese friends who are taking this test. Embarrassingly enough, I DID NOT get a perfect score, although I am a native English speaker. I took the test with a very dismissive attitude, and during the listening section, I tuned out, and I made one or two mistakes, robbing me of my perfect score. My point in bringing this up is that when taking a standardized test, becoming familiar with the layout of the test is very important (because I didn’t know the layout, and the second listening section of this test requires your absolute undivided attention).

TOEFL (Test of English as a Foreign Language) 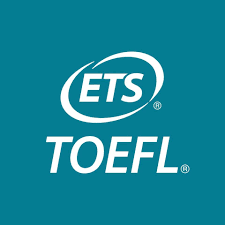 This is also an English proficiency test for non-native speakers, but this one is mainly taken by students who want to study in English-speaking universities (in particular, American or Canadian universities). There is a separate test for those wishing to study in Commonwealth universities, but I don’t know enough about that test to comment on it, and it is not as widely accepted as this test is.

This test is, by far, much more difficult than EIKEN and TOEIC. It isn’t even a comparison. Several years ago, my friend asked me to help his son study for this test, and I was surprised how difficult it was. It consists of a listening section, writing section, speaking section, and reading comprehension section. The content of all sections is VERY DIFFICULT. Also, the writing and speaking sections are based on challenging listening sections. The student listens to an actual college lecture, in English, and then has to answer questions designed for a native college student. I found myself spending hours preparing to help this kid study for these lessons.

I’ve helped students prepare for EIKEN, I’ve taken the TOEIC, and I’ve prepared lessons for TOEFL, so I think I’m pretty familiar with these tests, meaning I can say, unequivocally, TOEFL is the hardest test. If I were an employer, I would look to a high TOEFL score over an EIKEN or TOEIC score any day.

Other Types of Proficiency Tests Given in Japan

Also, in preparing materials for these tests, I became much better at explaining intricate grammar points and the like. Also, from next year, many Japanese universities will accept students’ score on these tests in combination with the traditional entrance tests so that these tests will become even more critical in the coming years. 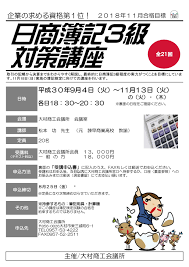 This test has been around since the 1950s and consists of four levels, an initial level, level 3, level 2, and level 1. The test is carried out three times a year across Japan, in June, November, and February.

A score of 70 or higher is needed to pass this test. A friend of mine who is engaged in administrative work has passed level 2 of this test and has failed level 1. Last month, he retook level 1, and I have yet to hear how he did this time around. Many people engaged in administrative work or general secretarial work in Japan take this test to demonstrate their knowledge of bookkeeping skills, labor laws, and other such matters.

Anyone can take this test, it is held all over the country, it lasts for 120 minutes, and the total number of points is 1000. Many system engineers take this test, and it is widely employed by IT companies when hiring engineers. 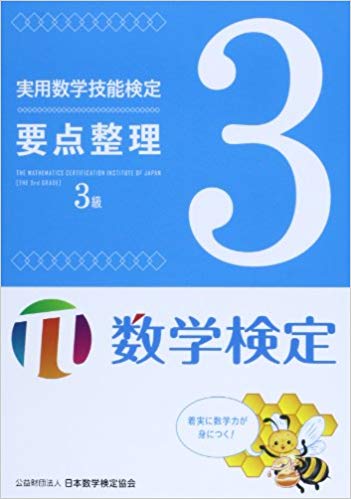 This is a test that assesses a test taker’s general math ability. As opposed to other tests, this test has A TON OF LEVELS. Levels 12-3, Level Pre-2, Level 2, Level Pre-1, and Level 1. This test was established in 1992. 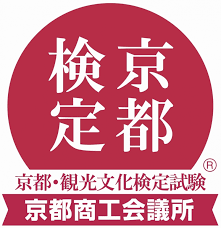 If you have never been to Kyoto, then you probably don’t realize how long and deep the history of this city is, nor how many temples and shrines rest in this city. This test focuses on the art, history, ruins, and temples of the city, and is performed in Tokyo and Kyoto. I knew a person who took this test because she wanted to return to her native Kyoto to work as a tourist guide, and, to work as a professional tour guide in Kyoto, this test is quite useful apparently. However, obtaining arcane knowledge about the various temples and shrines in Kyoto, to me, anyway, seems like an unnecessary exercise. 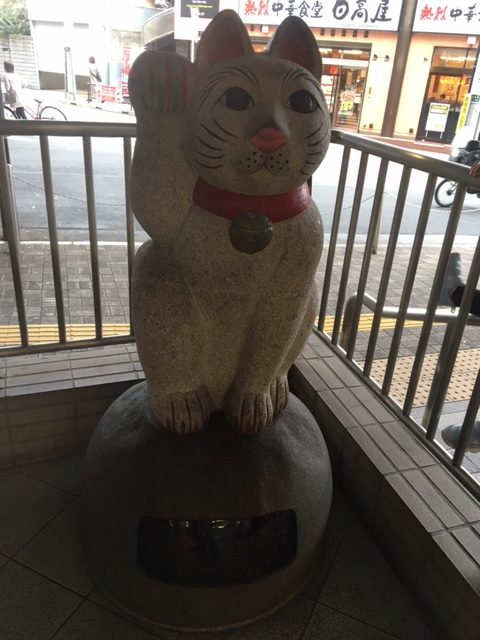 This test consists of three levels, a beginner level, an intermediate level, and an advanced level. Over 90% of test takers pass the beginner level, and over 70% percent of test takers pass the intermediate level. Fewer than 30% pass the advanced level, which is designed for people who seek very advanced knowledge of cats and seek employment somehow related to our feline friends. A typical beginner level question: “What is a food that, in particular, you must not feed cats? (a) Raw eggs, (b) chicken breast, (c) onions, (d) carrots?” A typical intermediate level question: “A ten-year-old cat is how old in human years? (a) about 36, (b) about 42, (c) about 46, (d) about 56?” A typical advanced level question: For a cat to avoid danger, how much distance is needed in preparing to escape or run away? (a) about 50 cm, (b) about one meter, (c) about one meter and 50 cm, and (d) about two meters?” The test is overwhelmingly taken by women (75% to 25 % men), and more than half of test takers have three or more cats. 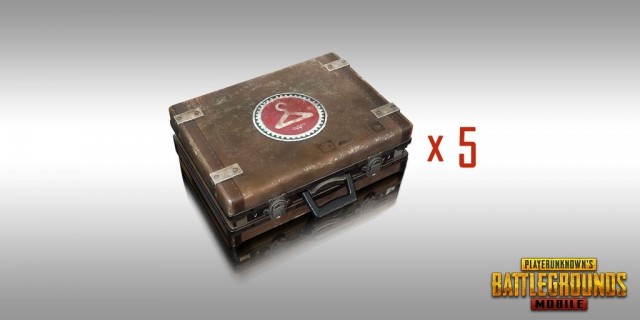 This year’s Chocolate Proficiency Test on September 16, 2019, in Tokyo, Sapporo, Nagoya, Osaka, Hiroshima, and Fukuoka. There appears to be a beginner level and an intermediate level. This test is also taken overwhelmingly by women (70% to 30% men), and the majority of test takers take this test as a hobby or out of a simple interest in chocolate (62%). A typical beginner level question: “In Japan, the average chocolate intake per person is how much? (a) 1 kg, (b) 2 kg, (c) 3 kg, and (d) 5 kg?” A typical intermediate level question: “What period did full-on chocolate production begin in Japan? (a) Taisho, (b) Edo, (c) Meiji, (d) Shouwa?”

Mastered The JLPT? What Strange Japanese Test Are You Taking Next?

In the present article, I have discussed a variety of proficiency tests that are popular in Japan, ranging from language tests for non-native Japanese speakers to English tests for Japanese speakers, and including practice tests for employment purposes, as well as some rather odd proficiency tests. I think that having a basic understanding of some of these tests will allow you to bond more easily with Japanese people of your age, but also, and I can say this from experience, the more experience, especially on paper, that you have, your employment opportunities will increase. Please keep this point in mind.

I hope this article has given you, the potential foreigner seeking employment in Japan, some useful advice.