Okay, so you knew Japan’s highest mountain Fuji. You might even have climbed the mountain yourself a few years ago when you lived in Japan.
You love Japanese “manga,” “anime.”
Your favorite Japanese food is “Sushi,” and your favorite Japanese flower is “Sakura.”
Maybe you think you know all there is to know about Japanese culture because you are familiar with the most popular terms that describe or symbolize the country.

In this article, we will amaze you with the four terms that deeply connect with the Japanese culture and present certain aspects of the country!

What Terms Would You Use To Illustrate Japanese Culture?

When thinking about Japan and its culture, what are the words that come to mind? If you were to describe Japanese society to someone, what words would you use? While Japan and its people can be described in many beautiful ways, we would like to introduce some aspects of Japanese culture and society that you may have experienced while living in Japan.

It’s the Japanese’s all-time favorite word!!! Let’s find out why! 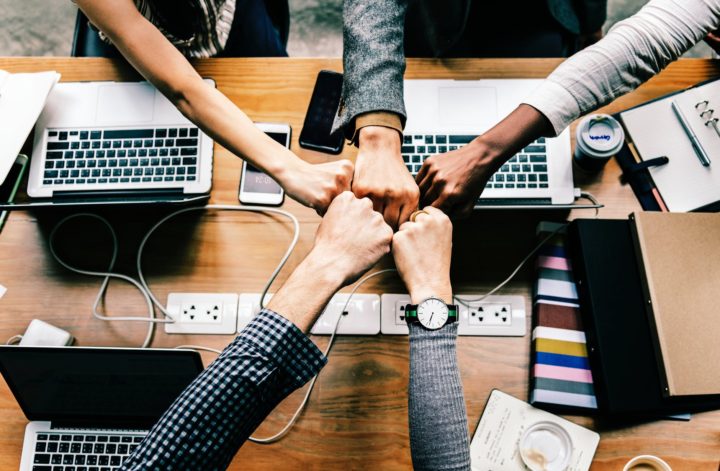 This quality was emphasized in Bushido, the code of the samurai.
Gaman (我慢) means “patience; endurance; perseverance; tolerance; self-control; self-denial.” In Japanese, the word “gaman” means the display of calm forbearance and poise in the face of adverse circumstances beyond one’s control. It also means to accept without complaint whatever life throws at you, to strap on your sandals, and keep going no matter how difficult the road ahead.

Showing gaman is seen as a sign of maturity and strength. Keeping your private affairs, problems, and complaints silent, demonstrate strength and politeness as others have seemingly more significant issues as well.

Gaman has been long regarded as a distinguishing characteristic of the Japanese, a definition of the country itself, and not without a good reason – lying in its history and present.

Earthquakes have long been considered as a symbol, a reminder of human fragility. And the very Great Eastern Japan Earthquake of March 2011, along with a devastating tsunami, has brought Great Japan down to its knee. And yet, as the people of Japan have shown, such tragedies can also illuminate the best of human nature. Within weeks of the crisis, it was clear that, although the chain of destruction had resulted in the deaths of tens of thousands and changed the lives of hundreds of thousands more, Japan would recover. Survivors were bearing their hardships with extraordinary dignity and courage. The nation had begun mobilizing to rebuild and revive. Though battered by one of the greatest catastrophes in recorded history, Japan was unbowed.

Undeniably, the Japanese have always been a well-disciplined, industrious, and energetic people; unlike people living in extremely impoverished countries, hard work enabled them to survive. In the wake of catastrophe – be it an earthquake, a towering tsunami, or a military defeat – the Japanese still managed to pick themselves up, dust themselves off, and start all over again with quiet determination, long-term planning, a stoic commitment to hard work.

Even in the present, It is not hard to see the importance of gaman in the life of the Japanese themselves, but also our own. When the odds are stacked against you, or when something terrible happens, it’s better to gaman than to sit around wailing in despair. Why? Because hard work will become the medication that eases the painful memories; it gives you something to think about other than what you have lost. 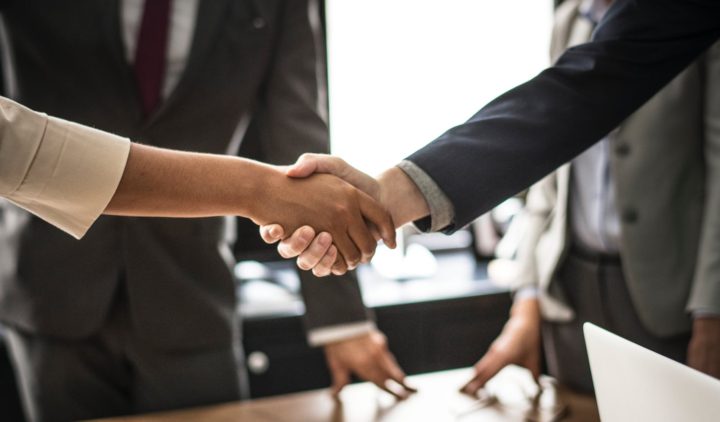 Amae is typically translated as a presuming upon or dependency on another, often a parent figure or mentor. Believe it or not but the Japanese people as an individual and as a community depend a great deal on one another and to take mutual responsibility seriously. In contrast to individualism, where a person tends to be “on one’s own,” dependence on others is seen as a norm in Japan. This dependence, however, is exercised so that it usually does not become over-dependence in the western psychological sense. For this reason, Amae is usually considered “interdependence” rather than what is generally regarded as dependence.

As a matter of fact, Amae can be seen in various spheres of Japanese life. Arranged marriage, though much less common today, provides individuals with the “services” of mate selection by relatives, a close friend, or even one’s employer. Similarly, passengers on public transportation often receive public service reminders about not forgetting one’s belongings and observing caution in moving about. These messages are delivered so frequently that North Americans in Japan commonly find them overbearing because these announcements are virtually absent in North America.

The same thing goes in merchandising, where customer service is practiced at a high level rarely seen elsewhere in the world. It is not uncommon for store clerks to greet their customers cheerfully, running about in serving a customer,… Packages are often wrapped meticulously. Public service providers from elevator operators and taxi drivers to airline pilots wear white gloves, which symbolically convey respect and care for the customers. Added to this message are the frequent displays of deep respect expressed by bowing to the customer and addressing him or her as “honorable customer” (or お客様)

When strangers are introduced, including students to teachers, a commonly heard expression is よろしくお願いします (“please be kind to me”; “I leave it up to you”). Interestingly, strangers are often called by fictive kinship terms: an old man may be called by おじいさん (Ojiisan – grandfather); おばあさん (Obaasan – middle-aged woman); お姉さん (Oneesan – waitress). The effect of this is to create a psychological atmosphere in which everyone is respected and is a part of the community – a bond of interdependence or  Amae (甘え) 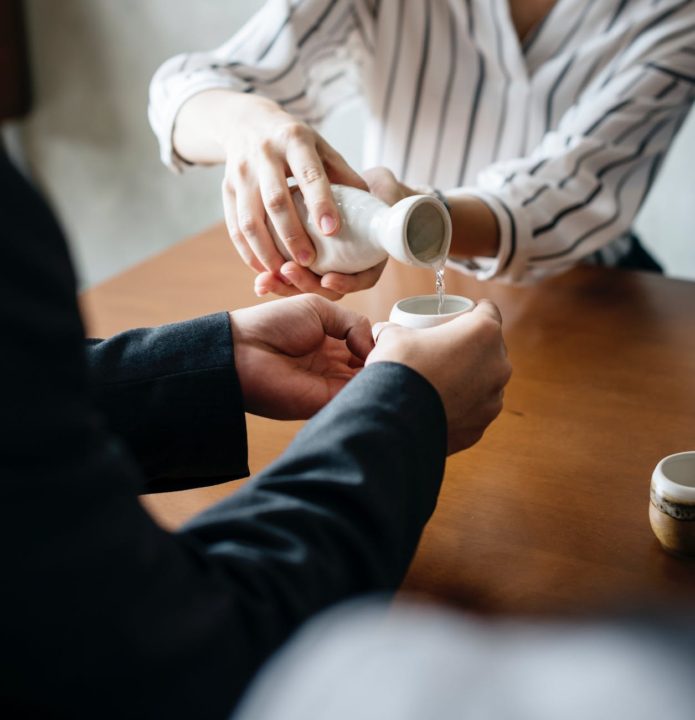 Yes! Another SUPER-Japanese concept you might not know yet!
Enryo is widely known as a mannerly restraint or reserve practice symbolic of Japan and among Japanese. Now, you might wonder why any restraint is needed when establishing a relationship in Japan. Here is a hint. In Japan, having too much nerve is to be avoided, because it might be considered rude.

However, if you and your Japanese friends are very close, or they have established that restraint is not necessary, then it is perfectly fine for you to be at home around them. Simply put, no need of enryo. But if not, enryo is definitely needed. According to Japanese custom, guests must show some restraint before partaking of food or drink. A host must show reserve by disparaging his or her offering even if exquisite. Let’s make it more simple: You really want that second service of cake, but you don’t want to look greedy so you say you don’t want it and say no, thanks. But the Japanese host will realize you’re just saying that and deep inside you really do want the cake and so will offer it again.
This is Enryo.
And it is an everyday practice in Japan, even today.

But there is a different side to Enryo – it’s also soulful. It’s about caring about the other person so much you are giving that person the chance to take his or her offer back, in case that person can’t really afford to offer you that extra piece of cake.
It’s about self-sacrifice.
It’s about modesty.
It’s about not being a total egotistical and everyone-out-for-their-own kind of society.
It’s more about quiet, graceful, self-demeaning appearances taking precedence over who gets what and big egos and individualism.

However, on the other hand, it goes without saying that with too much enryo, one can never become close to others. So in Japanese interpersonal relationships, a considerable sense of balance should be maintained.

Here is a common use of enryo (遠慮) to keep you equipped with good manners and to surprise your Japanese friend!
Supposedly, a person offering something often uses expressions such as 「遠慮しないで 」(Enryoshinaide – Don’t hold back/Help yourself) and a person who is offered something usually replies with 「では、お言葉に甘えて」(Dewa, o kotoba ni amaete – If you insist).

Here are some sentences you may hear from the Japanese, so make sure to keep them noted:

1.「何かわからいことがあったら、遠慮しないで、聞いてください」
(Nani ka wakaranai koto ga attara, enryo shinaide, kiite kudasai)
(Don’t hesitate to ask me if there is anything you don’t understand) 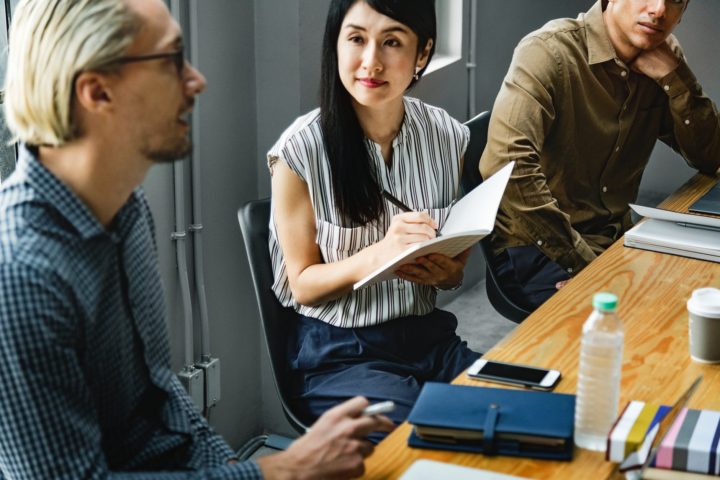 The concept is basically deeply rooted in the Japanese culture throughout history and even until the present because it practically defines and establishes human relationships. For Japanese learning foreigners, it might be the most important aspect.

In case you didn’t know, there are a few types of speech in Japanese but simply put, it can be divided into two main clusters, which are casual Japanese and Keigo. Keigo is a polite way of talking and it is very essential if you plan to work in a Japanese business environment. Why? Because if you use casual language, you will be considered rude.

But wait, why is Keigo relevant to the topic “Uchi and Soto” anyway?

Because it is the concept “Uchi – Soto” that makes the difference in the way of talking – either casual or polite. Uchi means “inside” while Soto means “outside”. Think about the group of friends you had back in school. That group is your own personal circle of friends, right? And obviously, you treat them – your own gang differently from the outsiders. The society in Japan works in the same function.

However, with an important point! The Japanese have the idea of treating “outsider” with high respect and refrain from showing true feelings or acting absolutely comfortable around them. But don’t be bothered! Be treated as an “outsider”, but you will receive a lot of respect instead of being ignored. But if you ever gave them a present and they might say they like it, be careful of being taken in, as it might not be their true feeling they are telling you about. They might just be nice to you.

So, your position and who you are interacting with determines the behavior and the language you should adopt: informal, polite, humble, even honorific! While the English language has similar levels of politeness in speech, but in Japanese grammar, the level of language and the vocabulary itself can completely change, which is said to be a huge challenge for the Japanese themselves, not to mention foreigners who are trying to master the language.

Understanding the group you are in is very important, as well. Generally, family members, close friends, and relatives would be Uchi while other people will be Soto.

The concept of “Uchi – Soto” also gives a reasonable explanation to a word commonly used by Japanese – gaijin (外人 – a stranger, widely known as foreigners, literally “person from outside”). It does not matter the number of years you might have lived in Japan or your mastery of the language. If a person has distinctive non-Japanese traits, automatically it will be perceived as Soto and excluded, in order to maintain the safety and harmony of the Uchi group’s relationships.

The Japanese are friendly towards foreigners, but it is often hard to make a close friend. However, it isn’t completely impossible! To integrate in Japan simply means being a part of their social circles. Patience, humility, understanding, kindness, and sake will help you in making friends easily and in no time!

How Would You Describe Japanese Culture?

We introduced you to 4 terms that describe certain aspects of Japan and its society to help you to better understand Japan and its culture.

We hope this article gives you a more detail insight into the famous, however unfortunately not well-known among non-Japanese, Japanese concepts as well as the Japanese culture. Happy learning!