Advice from your Senpai: Join a bukatsudo if you want to feel Japanese culture! | Guidable

Advice from your Senpai: Join a bukatsudo if you want to feel Japanese culture!

Joining a Bukatsu (Japanese club) while attending university is a good
opportunity for you to experience Japanese culture, but it also requires a large amount of time and effort.
As an exchange student, what do you need to know about joining a Japanese club?

Arno is an exchange student at Sophia University, and he has stayed in Japan for one year.
While many exchange students spend their time playing and sightseeing, Arno devoted his time to the Kyudobu (Japanese archery team)
and we had a chance to interview him. 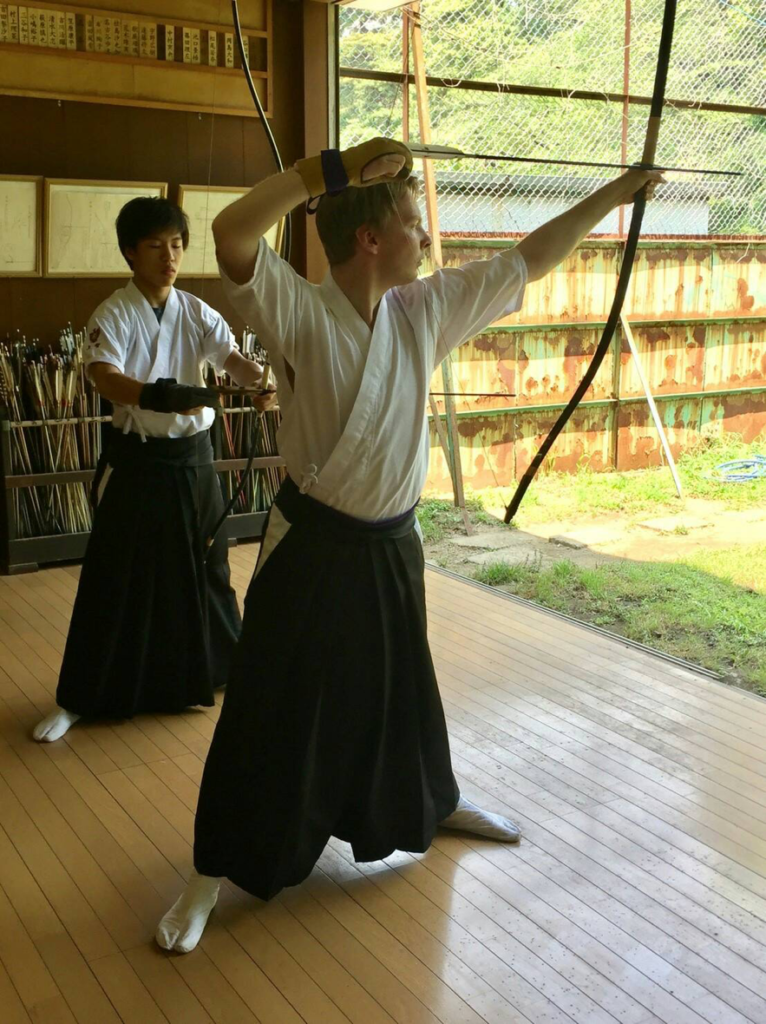 Why did Arno decide to join Bukatsu?

Before Arno came to Japan, he tried his hand at lots of activities like karate, judo and kendo, but he had yet to try Kyudo. When he came to Japan, he wanted to try kyudo no matter what. He said that there were many stories about international students wanting to join bukatsu like kyudo, but they were unable to continue out of lacking Japanese language proficiency. However, he really wanted to join the club. He said he came to Japan not to learn the Japanese language, because he can learn Japanese anywhere, but instead feels the goal of studying abroad is to touch the true culture of the country you go to. He said that if he wanted to touch the Japanese culture, no matter what, he needed to join a bukatsu.

A long time ago, people believed the Japanese people to be highly skilled in technology and their culture was perceived as one of the most hard working ones in the world. However, recently, there are many people linking Japan exclusively to pop culture such as anime and manga. So for many foreign people, if they hear manga, they will think of Japan and vice versa. However, if you come to Japan, you will learn about the more serious side of Japanese culture.

Entering a Japanese club allows you to experience Japanese culture more deeply. Arno says before he entered his club, it was difficult for him to make friends. Most of his foreign friends felt the same way, it’s like they are making superficial friends but not real friends. “It is easy to talk to Japanese people, but it is hard to really bond with them where it counts.” Arno thinks that one of the reasons why it is difficult to become friends with Japanese people is the complexity of the Japanese language. Arno says Japanese is not just about words, one sentence has its meaning to it; when someone tells you to turn ‘left,’ he or she might be telling you to turn ‘right.’ You will not recognize the small nuances in a sentence if you don’t talk with Japanese people all the time. Therefore, Arno says if you are not able to speak fluent Japanese, you won’t be able to create a personal relationship easily, so you might not be able to experience the Japanese culture at its core.

How do you join a Bukatsu in university?

Even if you want to join bukatsu it is really hard to do, especially when you try to join in the middle of the year. Arno came to Japan during the Autumn Semester (In Japan a schoolyear starts at Spring), so how did he join bukatsu?

When Arno entered the University, he did receive a Pamphlet about Bukatsu, but there was little to no contact information. He had to ask around where the Kyudoubu is and he finally found it on a Friday evening. He heard people practicing from the building and opened the door. Everyone stared at him and he was told that they had a joint training and you definitely cannot open the door during that time. They called the person in charge of recruiting, and Arno was able to join the team with an embarrasing mistake!

So Arno joined the club during the autumn semester. All the freshmen, who have been on the team since Spring semester, were already close with each other making it difficult for him to join the group. But as they taught him patiently and gently, he was able to get along with everyone. However, as new freshmen came, Arno remained as a freshman while others were promoted to sophomore, forcing Arno to use Keigo towards them. 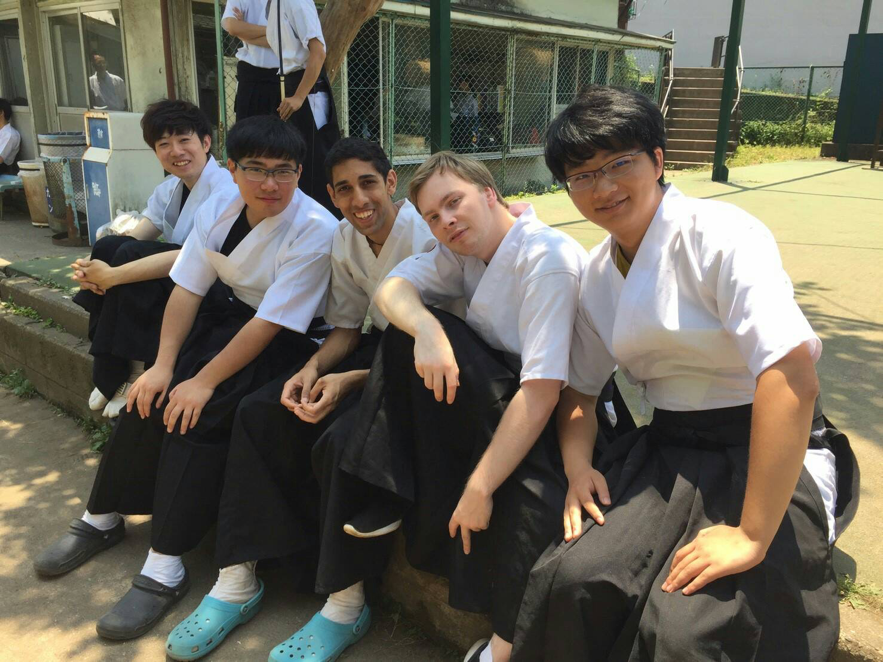 Bukatsu in Japan requires a lot of commitment and devotion. In the Kyudo club that Arno joined, he had joint training thrice a week, but they also expected him to train individually during his free time. Every practice is 2 hours long, but freshmen have to do all the work for their seniors; they need to clean up the room, and write the neccesary documents for example. Therefore, Arno had spent more than 20hours a week for his club, and on Sundays, they had competitions and the like.

Kyudo starts with imitating movement, and then you move on to using a rubber bow; “it takes a lot of time to learn how to shoot an arrow.” He was able to go to matches, but had to work and cheer for his seniors instead. “This is really a typical thing in Japanese clubs; the experienced people participate in the match and the first years spend the day working and cheering for them.” This hierarchial structure is one of the typical things about Japanese culture and Arno thinks it was a good opportunity to experience this. “It shocked me at first, even though I knew that this hierarchial system existed. At the first day of the practice, they gave me a manual written in kanji and asked me to remember it as soon as possible. When I made a small mistake, they yelled at me so hard. It is weird for me because I thought ‘How could they request such perfect work from me?’. But my seniors have all been freshmen as well, so they were required the same things and if the freshmen don’t do their work properly, nobody will be able to practice.” Arno thinks this hierarchial system is necessary, but it still needs to be improved when compared to the west. “In Japan, when you are told that you did something wrong, you can not ask what you did wrong, showing your politeness and willingness is more important than actually knowing how to fix your mistake.”

So, should an international student join a club?

Arno has enjoyed his time in the Kyudo club. He got his beginning degree in Kyudo (shodan shomeisho) and when he left the club, his teammates held a small farewell party for him. The farewell party in particular was special for him as this showed him that his teammates accepted him into the group, despite him only being in the club for one year.

Arno said if he were to give advice to an international student coming to Japan, he would say;
“If you are staying for only half a year, join a circle! It allows you to get in contact with Japanese people.
The activities in a circle gives you a degree of freedom, so you will be able to make good memories in Japan.
If you are staying for one year or more, and you want to taste Japanese culture, bukatsu is necessary. It is definitely going to
be hard. Most of your free time will go to bukatsu and you will not be able to do sightseeing like your friends, but you have to
remember for what reason you came to Japan. To fully understand Japanese culture, you need to join the society, and the easiest way
to do that is to join a small scale society, and bukatsu allows you to do just that.”