Maybe You Don’t Know: Each Prefecture of Japan Has Its Own Flag! | Guidable

Maybe You Don’t Know: Each Prefecture of Japan Has Its Own Flag!

Welcome back everyone, before we get into our topic, the Guidable writer team sincerely announce to our readers a brand new series: “Maybe you don’t know” this kind of thing in Japan! which discusses various interesting topics (culture, lifestyle, humans of Japan) that are not considered as common knowledge about Japan!

The very first step-stone topic of the series starts with a question that you will be surprised to hear: “DO YOU KNOW THAT EACH PREFECTURE OF JAPAN HAS ITS OWN FLAG?” Foreigners in Japan are really surprised and find it interesting when knowing this.

The bureaucratic administration of Japan is basically divided into these three levels: national, prefectural, and municipal among 47 prefectures, further divided into towns, cities, and villages. Each of those has its own flag, officially referred to as “symbol flags” (シンボル旗). They can be seen on occasions of informality.

The flags are influenced by nature, seasons, animals, and more, simplifying these elements to create a simple and effective symbol, making many of the flags especially fascinating from the perspective of a designer. The most remarkable thing is how the prefecture flag concept blends letters from Kanji (漢字), Katakana (カタカナ), or Hiragana (ひらがな) from the Japanese language.

So enjoy the list of significantly gorgeous Japanese prefectural symbols below! 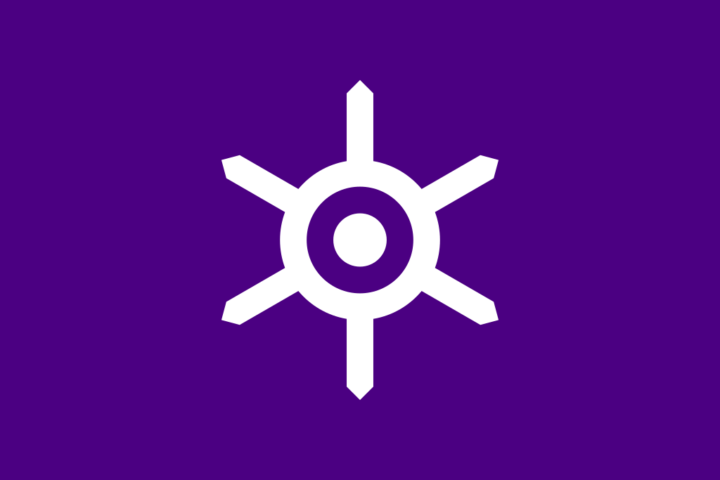 The sun represents the fast lifestyle of the capital of Japan. This is the official flag of the “metropolitan”. We can easily meet thist in formal occasion.

Shibuya (Tokyo) flag is inspired by the kanji 渋 – Shibu.

Shinagawa (Tokyo) flag is inspired by the kanji 品 – Shina.

Koganei(Tokyo) flag’s shape is like a cherry blossom, which is inspired by the kanji 小 – Ko 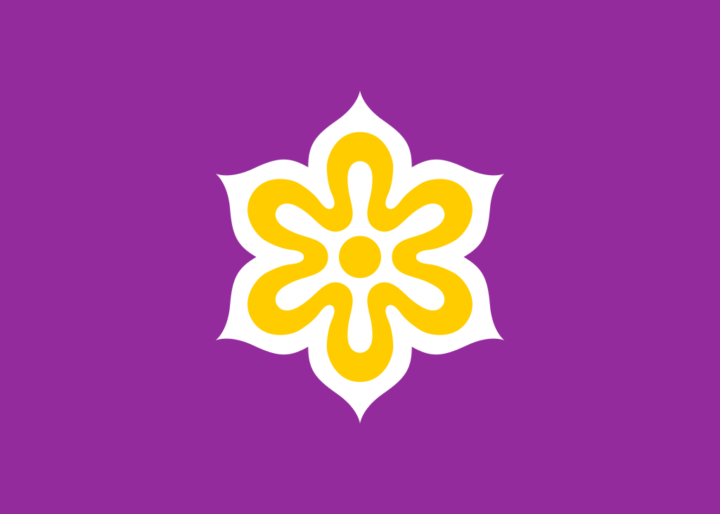 The symbol of ancient capital Kyoto is particularly gorgeous – albeit a bit of a stretch with the stylization of the 京 – Kyo kanji. The inspiration is the town’s weeping cherry – the city’s prefectural symbol flower. 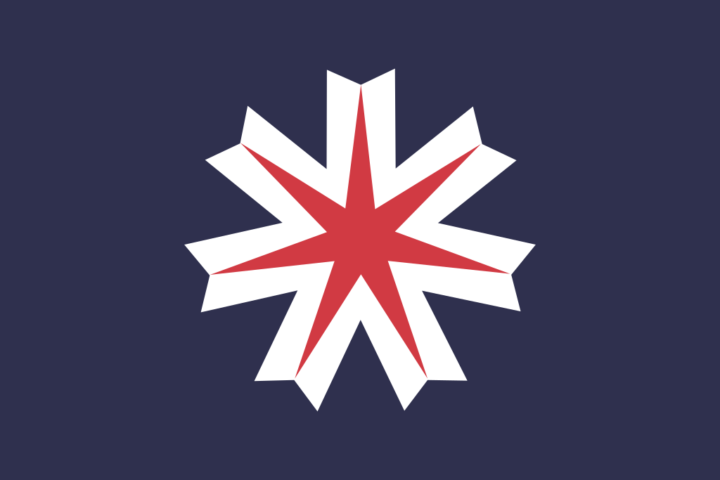 A seven-pointed star which stands for optimism and growth. Blue represents the Hokkaido sea and sky, red stands for the energy of people and white stands for brightness and snow 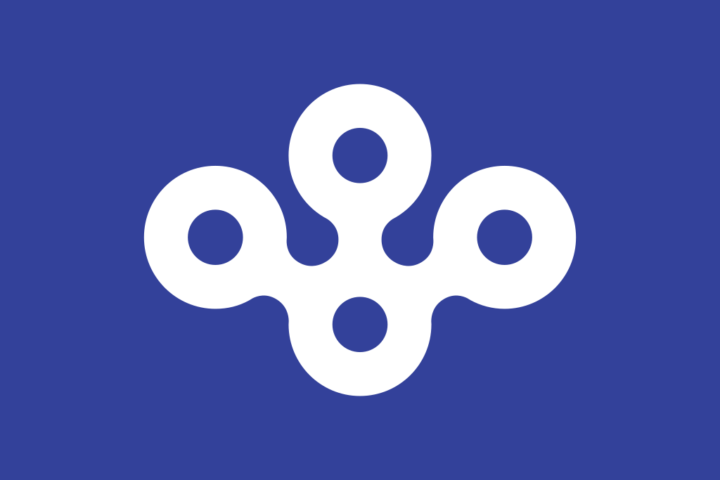 The blue represents the cleanliness, the freshness and the wisdom, as well as representing the sky and ocean as a result of having both an airport and a seaport. Because of having many rivers and facing two seas, so the color of blue also represents the nickname water city of Osaka. The “mon” design stands for calabash flower, Toyotomi Hideyoshi’s symbol. Circles describe letter O in Osaka as well. 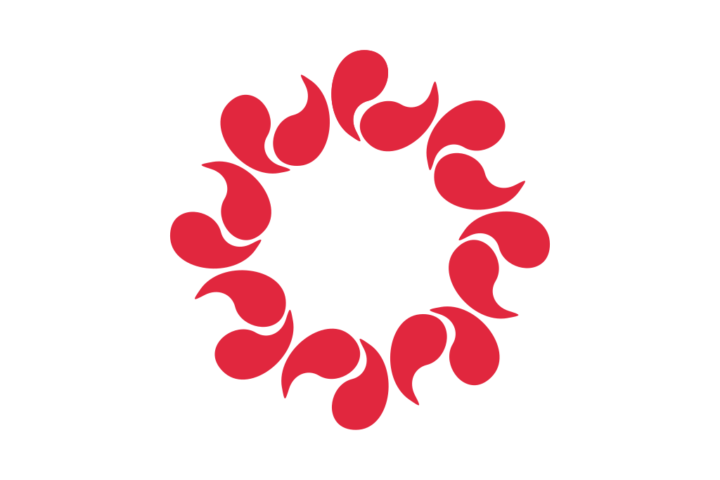 Sixteen magatama (ornamental beads) stands for the sun as well as the strength and growth. Magatama were founded in Sakitama Kofun (former tombs), Gyōda, which is the origin of the name of the prefecture. The white color represents for friendship and the purity. 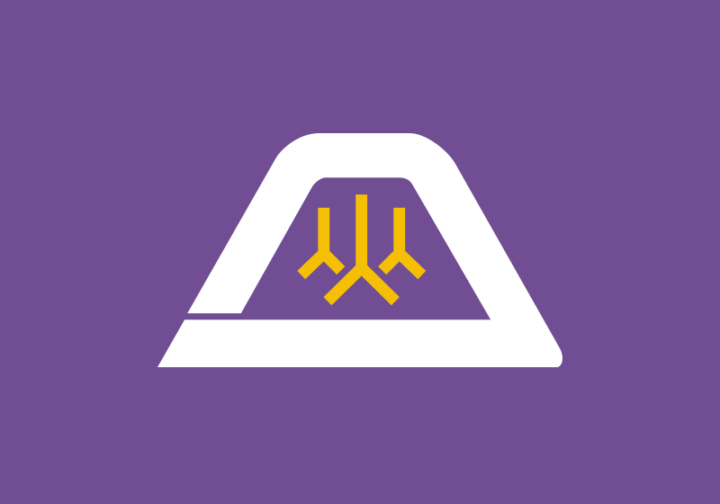 The flag is inspired by the Kanji 山 – yama, which means mountain, represents the greatest symbol of Japan: Mount Fuji. On the other hand, the purple color stands for grape which is the most popular product of Yamanashi prefecture.

You can check out full of Japanese prefecture flags here!