Myth Busting: Defeating Some of the Myths About Living in Japan | Guidable

Myth Busting: Defeating Some of the Myths About Living in Japan

Overcoming some of the challenges you may expect in Japan: the experiences from my first week.

Before I set off for my trip to Japan, people back home in the UK would often say something along the lines of “oh wow, that’s amazing”, followed by the typical “it’s so far away”, “no one speaks English” and the like, creating a certain level of anxiousness deep inside.

My first week has been truly amazing and inspiring, yet also shocking. All the potential barriers and difficulties I was expecting to have to overcome have either not been there, barely noticeable, or have been easily defeated. This article will outline some common myths associated with Japan. This article therefore hopes to break down some of these rumoured challenges upon arrival, aiming to help tourists and foreigners prepare for life in Japan and Tokyo especially.

“No one speaks English” 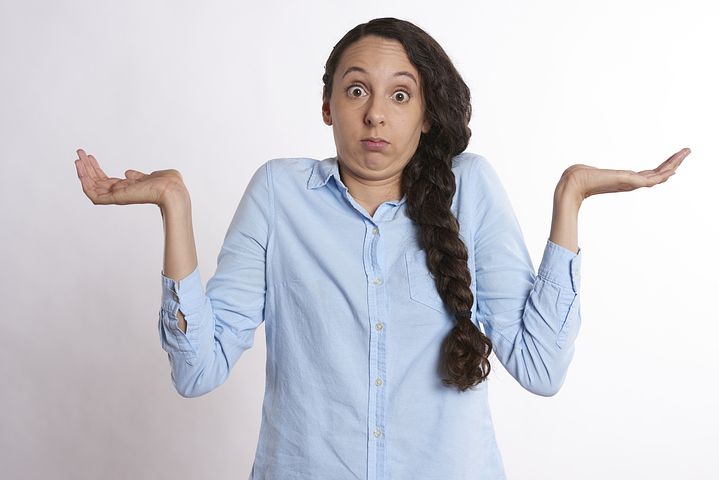 There is obviously a language barrier issue when traveling to Japan. The Japanese language is unique, and is completely different to most European, South American and Asian languages. It is therefore commonly expected that communication when in Japan is especially challenging. This myth cannot be busted completely, but the immensity of this issue is certainly overestimated and is nowhere near as much of a problem as people suggest. Do not be mistaken, you cannot expect to have an in-depth conversation with every Japanese person, but surprisingly, most Japanese people will at least have a basic level of English, since it is the only language taught at elementary school up to senior high school. For example, most people could direct you to a station, they could tell you what platform you need at the station, they could tell you where the nearest 7-Eleven is, how far away it is and exactly how to get there.

On the whole, I have noticed that the Japanese people are massively helpful. They are endearing in their nature, they are gentle, kind and incredibly polite. When arriving at Shibuya Station on my first day, I had no idea how to operate the ticket machine or any idea how I got to the platform. Noticing the perplexed look on my face a kind man approached me, not only helping me purchase a ticket but actually getting on the metro with me to take me to my desired station. This is symbolic of the nature of the Japanese people, altruistic and inherently kind. 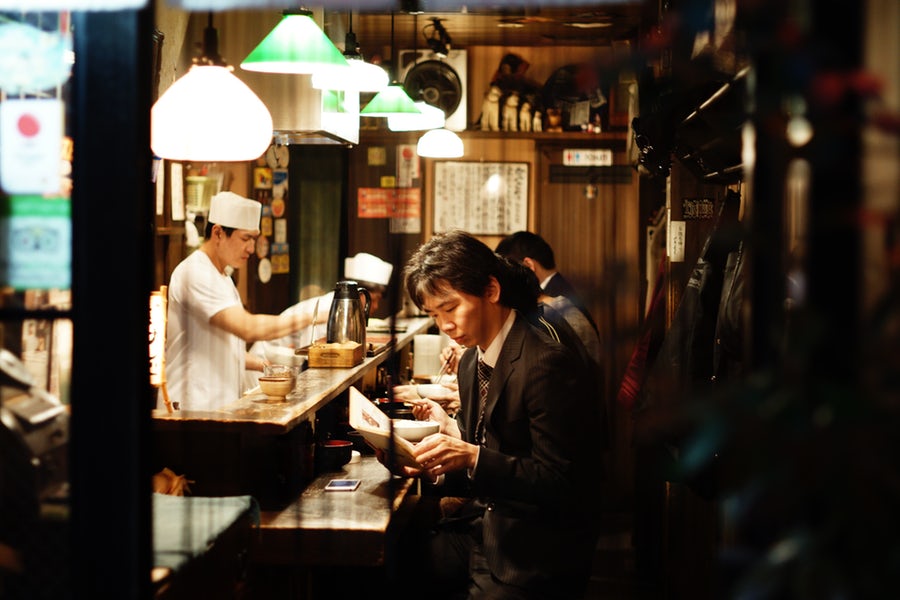 Not once in my first week here have I had an issue ordering food. It may at times be difficult to identify exactly everything on the menu, but on the whole, it really isn’t as challenging as many make it out to be. Even in small Izakayas (Japanese restaurant bars) where there are no English menu’s, the restaurant staff or even fellow customers will go out of their way to describe the dishes and specialities of the restaurant.

“It is impossible to navigate, you’ll never get around” 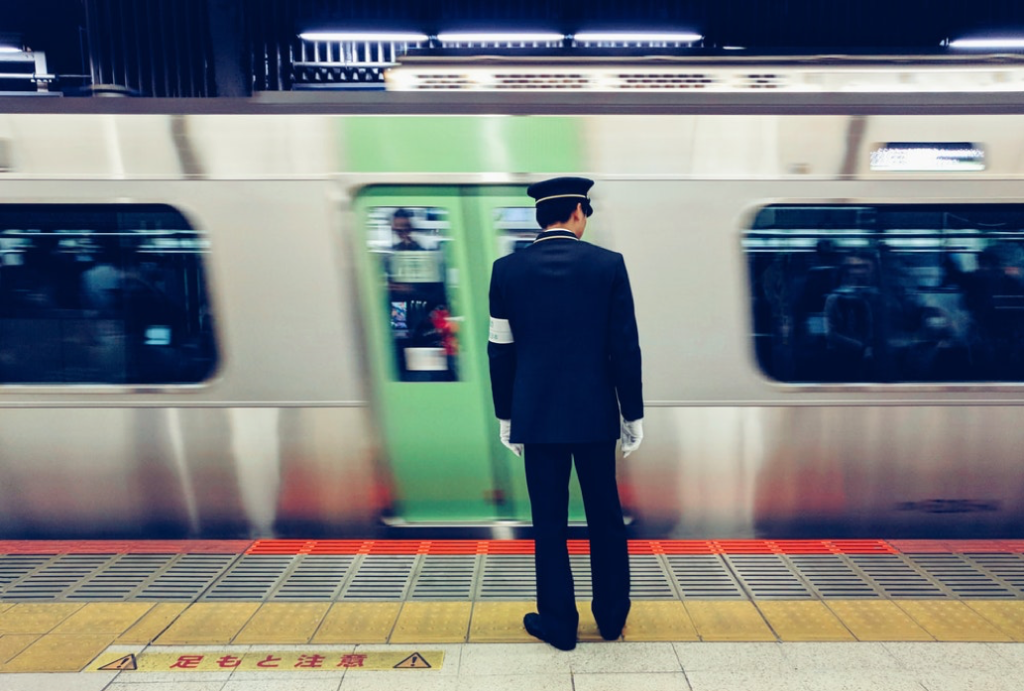 As touched on above, if you ever run into difficulty whilst travelling around Japan, friendly locals will be more than willing to lend a hand. Moreover, information booths can be found in most train and bus stations, with English speaking staff, maps and plenty of information to help you on your way.

The Metro and Train system around Japan is incredibly well connected. In Tokyo the metro system runs from 05:00 in the morning to just past 00:00, with trains running regularly throughout this time. The journeys are often cheap (usually less than 300 Yen), and weekly and monthly passes can be purchased.

There are often many signs in English, making navigation much easier around Tokyo. It can be a stressful experience, especially during rush hours, but seriously, it is nothing to worry about!

“Tokyo is so busy! There is no room to move!” 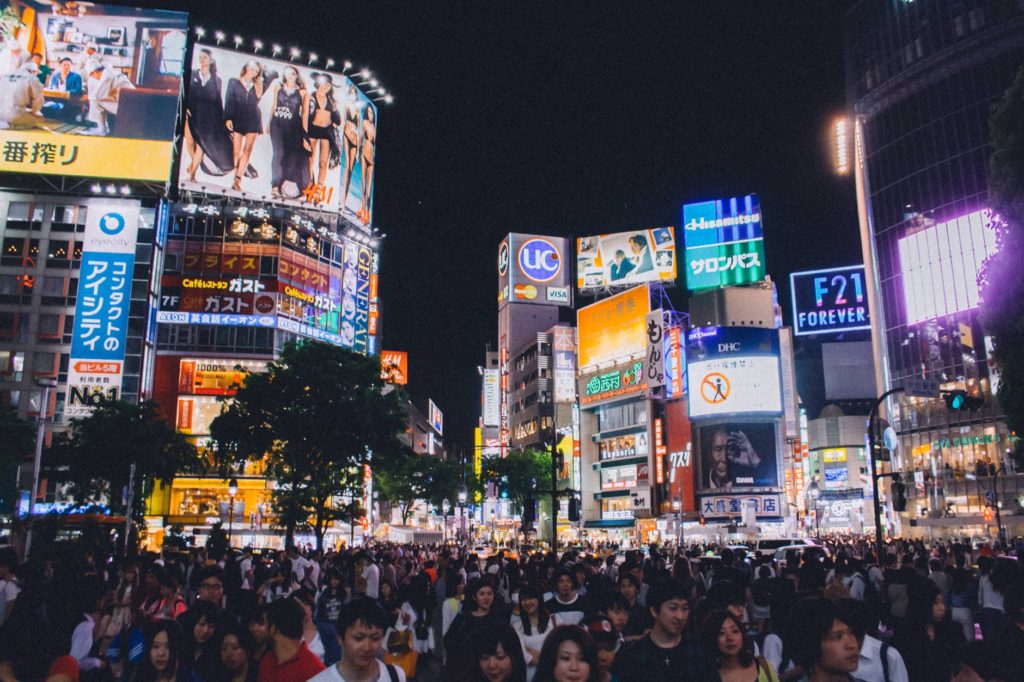 Tokyo is the most populated city in the world, it’s bound to be busy. It is the capital city of one of the wealthiest and most advanced nations in the world. It is a hub for commerce and as a result, has areas of extremely high footfall, especially in the morning and evening when people are making their daily commute. Areas such as Shinjuku and Shibuya are often crowded with people and are often the images associated with Tokyo, with the big neon lights and bustling streets. Shibuya crossing is indeed commonly known as the busiest intersection in the world.  But despite being one of the most populated cities in the world, there are still many tranquil, quiet and relaxed areas of the city – you just need to branch outside of the touristy areas! Areas such as Shimokitizawa, Daikanyama and Harajuku are areas of Tokyo that seem so far removed from the hustle and bustle of Shibuya (which is shown in the image below).

“Its far too expensive to have a good time!” 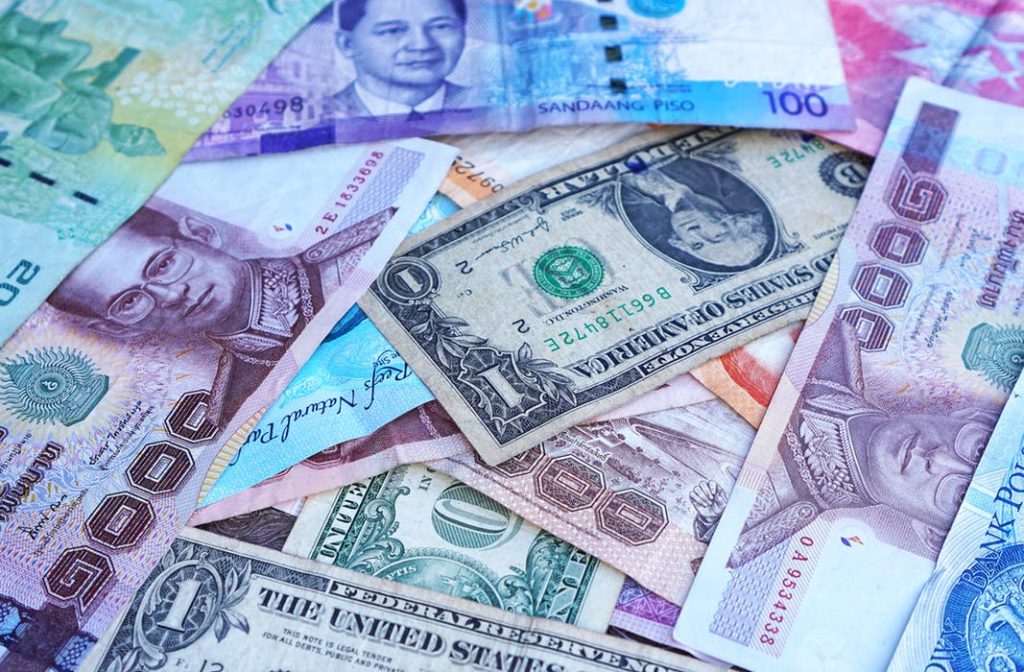 Most cities you go to around the world will not be cheap and Tokyo is no anomaly. But really, it depends on where you are going and what lifestyle you choose to live. In general, private accommodation can be expensive, but there are various options such as Hotels, Hostels, Air BnB apartments and shared houses that offer very reasonable prices. It really depends on how long you are staying in Tokyo, but accommodation prices are not as bad as you may think, and compared to cities like New York and London, prices are refreshingly inexpensive. Travelling around the country is also cheap, with the option of buying many passes such as the Japan Rail Pass, which is the most economical means of travelling throughout Japan by rail. Food can also be incredibly cheap in Japan, and this does not mean that it is bad quality. Many Izakayas and independent restaurants serve up quality food at a very good price, and restaurants don’t expect a tip on top of this. The price of food in Japan is really nothing to worry about. Drinks however can be expensive, with a draft beer usually costing anywhere between 400 – 1200 Yen. From the local 7-Eleven or Lawson, beers can be bought for much cheaper.

All in all, Tokyo is as expensive as you make it….but if you go to the right places, you may be heading home with some extra change in your pocket!

“The food is just raw fish!” 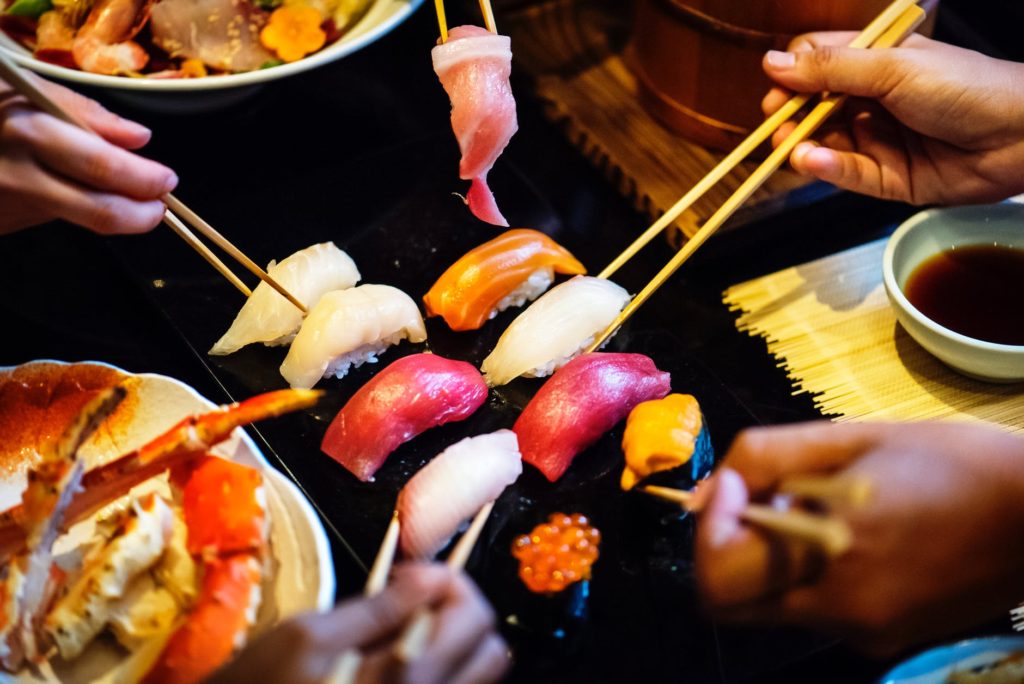 I have somehow managed to get through my first week of life in Tokyo without having any sushi at all. This surprises me, as not only is it seen as the staple food of Japan, but I am in fact a huge sushi fan and I have been extremely excited to try some traditional sushi from Japan. The fact I have not had sushi or sashimi yet is not only a testament to the endless amount of alternatives on offer, but the quality of these other dishes. No matter what food you like, Japan can definitely cater for your needs. Wagyu Beef is featured on many menus, as are chicken, pork and vegetarian dishes. My favourite things to eat thus far have been a Pork Cutlet Curry – similar to what may be called a ‘katsu curry’ in other places, as well as the famous Japanese Ramen, which is a dish consisting of noodles in a broth with various meat and vegetables in. If Japanese food is a complete no go for you, do not worry! Japan has many Western food options, and an array of typical fast food joints. 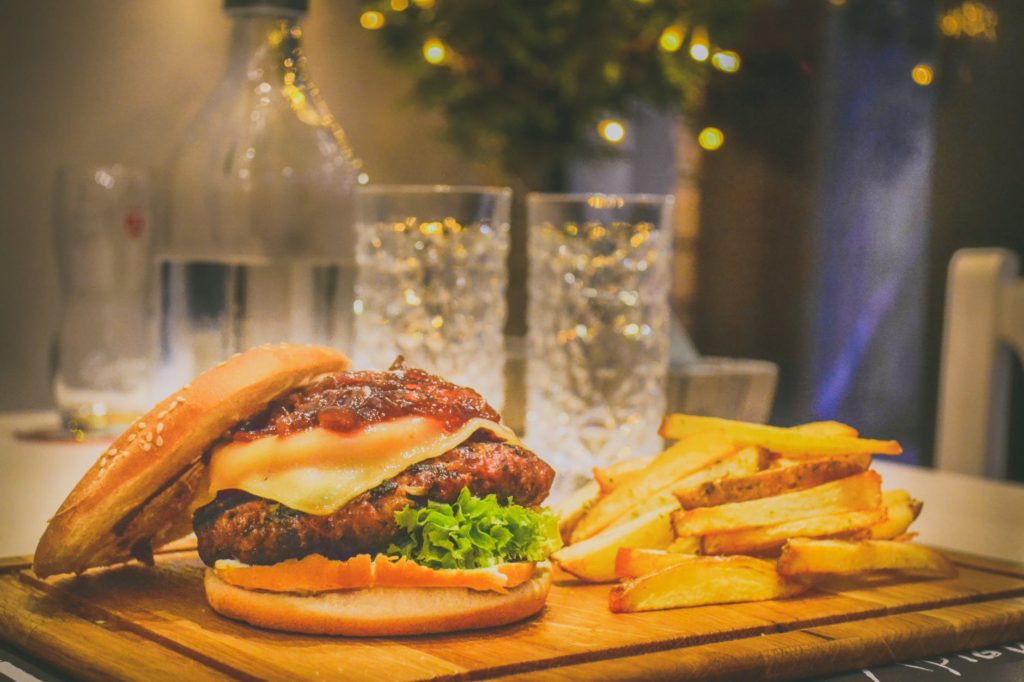 “The Japanese etiquette is too strict and complicated”

Etiquette is very important in Japan and amongst Japanese people. Certain rules may include: 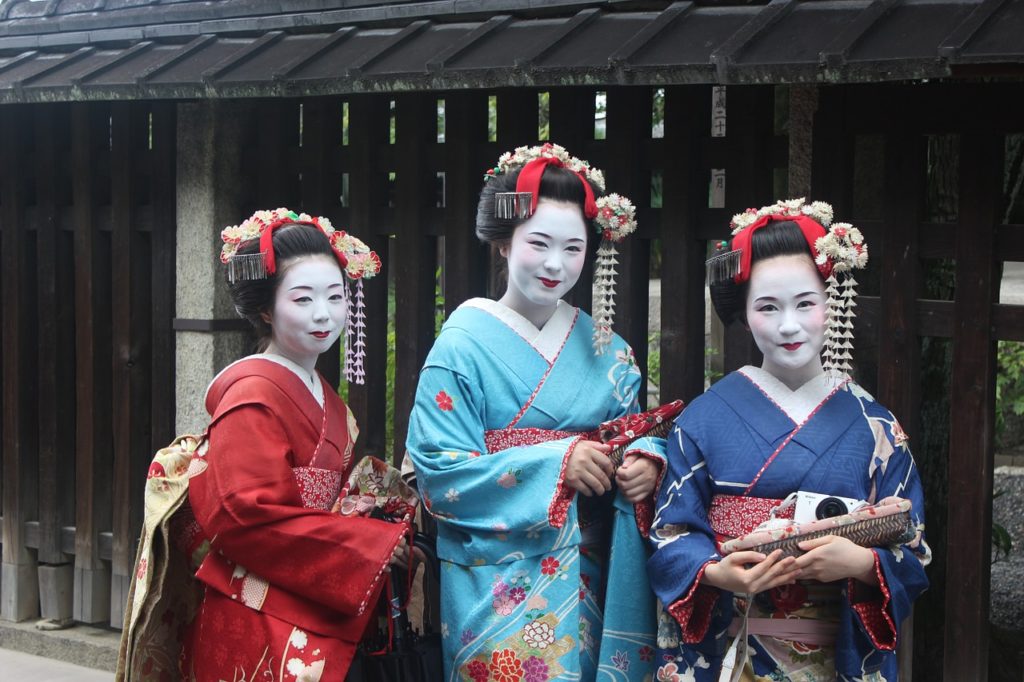 Do not be overwhelmed by Japanese etiquette rules. Usually it is accepted that travellers may not know about these rules and therefore need not stress about them. It is however important to respect various cultural Japanese traditions and manners such as taking your shoes off at the doorway and not sticking your chopsticks upright in your rice! These things become obvious when you arrive – so don’t sweat it!

“Doesn’t everyone wear masks because it’s so polluted?”

NO! By far the most common reason people in Japan wear surgical masks out in public is because they are sick and are being considerate of others, thus helping contain the spread of germs. Moreover, many people in Japan wear masks for hayfever, as well as the fact it protects the throat. You may notice that it is mainly females who wear these masks. Another reason for their use is so that women do not need to put make up on, and can protect their face. 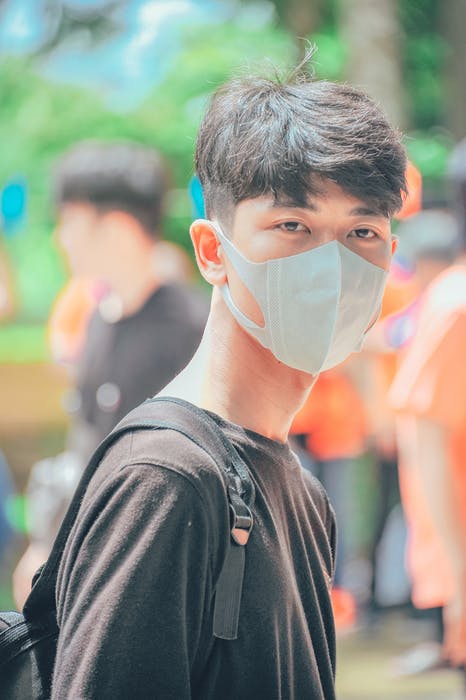 Air quality in Tokyo, and especially Japan is not bad – so don’t go thinking it is!

“Japan is so dirty and filled with rubbish” 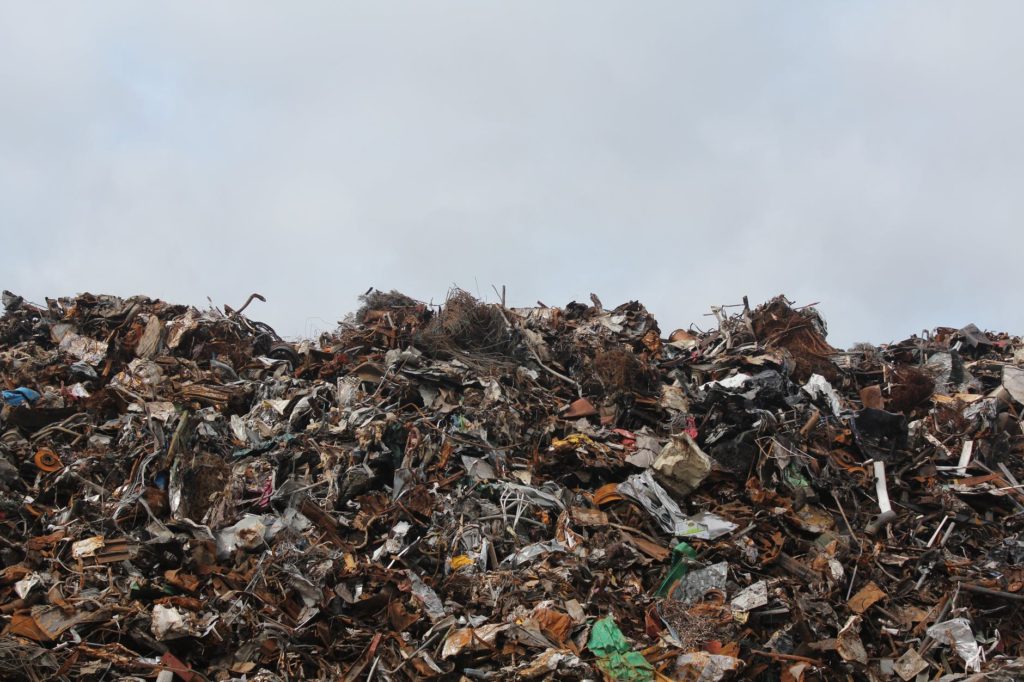 This is really not the case. I have to admit, when imaging Tokyo, I did imagine that certain areas, naturally like any other city in the world, would be filled with rubbish and many streets would be lined with trash. I was surprised however at how clean every single street is, even in some of the biggest and most populated areas. What makes this fact even more surprising and astounding is the fact there are literally no bins in Tokyo! I would be massively surprised if you see more than 5 public bins in a day. Japanese people are very meticulous about rubbish, and sort their rubbish into different sections, normally burnable, non-burnable and PET bottles. If Japanese people have rubbish that needs to be disposed of during the day, they put it into their bag and dispose of it at a later time. Such routine is instilled into Japanese people from a young age, with many of them being taught the importance of rubbish separation at junior school. Despite the mysterious lack of rubbish bins on the streets of Japan, it is genuinely spotless, believe me.

“There’s nothing to do in Japan apart from go to Tokyo!” 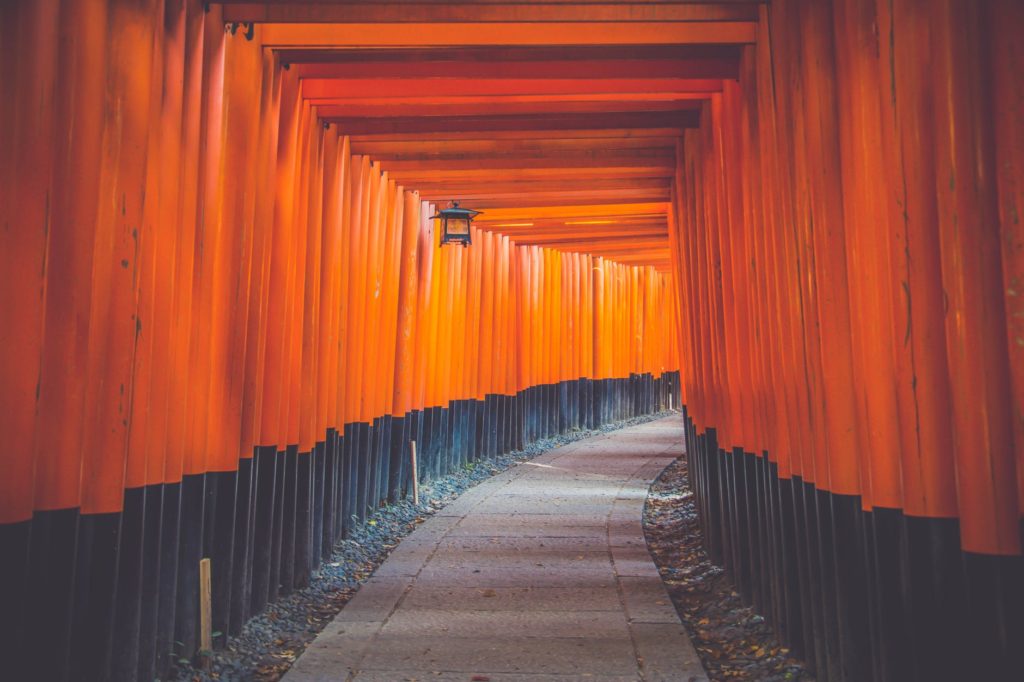