NHK? Anti-NHK party? What’s with all the fuss over NHK and what is the NHK. | Guidable

NHK? Anti-NHK party? What’s with all the fuss over NHK and what is the NHK.

If you are living in an apartment in Japan, you might be visited by people from the NHK, even if you don’t watch TV or own one at all. This is a common gripe of foreigners living in Japan and even a quick online search will find hundreds of people complaining about the dreaded ‘NHK man’ and various strategies people employ to avoid having to deal with them. This is a not a new phenomenon and the NHK’s method of collecting fees has always been a little controversial, however the recent rise (and possible fall) of the anti-NHK political party has brought the debate back to the news again.

What is the NHK?

The NHK is Japan’s National Broadcaster, operating a number of TV channels and radio networks. The NHK runs three radio networks, two regular TV channels and four satellite channels. These are all widely available throughout Japan.  The NHK was founded in 1926 and provides a huge amount of original programming ranging from news to variety shows and dramas. NHK also offers a large amount of English language content through its NHK World channel which is available world-wide. NHK Broadcasts emergency warnings in the event of earthquakes and other natural disasters and also provides local, national and world news reports across the nation. It is home to many kinds of programs including sports, variety shows and dramas. Many of NHK’s programs are iconic, simply because they have been running for such a long time and many people have grown up with them. Some of these include the yearly Taiga drama, which is a historical drama that runs from the start of the year right through to the end and NHK’s famous New Year song competition show, Kohaku Uta Gassen as well as many more. The NHK is a reliable source of information for anyone in Japan, with the news often provided with with an English audio option and immediately updated information in the event of natural disasters such as earthquakes, tsunamis and typhoons. 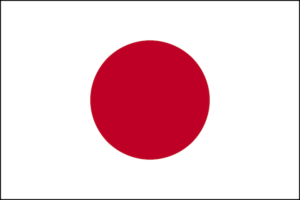 NHK is publicly owned and funded by viewers licensing fees, though it has offshoots such as NHK World that are funded by the Japanese government. Anyone who has a TV in Japan automatically receives the NHK signal and is therefore subject to the licensing fee, which has proven to be controversial from time to tim

Why is it controversial? 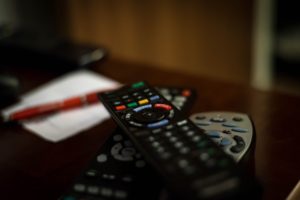 By and large, the NHK is an accepted part of Japanese life. As one of the major TV stations, it provides some great content, including educational content, the national news and prestige dramas. It has a long history and while some people may not watch it as much as the commercial networks, it is very much established as part of the national identity. This isn’t to say that the NHK is not without some controversy, especially when it comes to things such as its licensing fee.

The licensing fee itself is something that is often complained about by both foreigners living in Japan and Japanese nationals, however it is not all that different from licensing fees paid by TV viewers in many other countries, including the UK. That said, NHKs collection methods can seem very antiquated and can come as a shock. The method is essentially sending the dreaded ‘NHK man’ to your house to sign you up for the licensing fee. Having someone show up on your doorstep asking for money can be a bit of a surprise and there are plenty of horror stories floating around the internet of intimidation tactics being used. Contrary to popular belief, these employees don’t actually work for the NHK and are usually representing third party companies that have been contracted to sign people up and therefore the standards of service may well vary. The internet is full of such stories of intimidation though my own personal experience with NHK collectors has been largely positive. The licensing fee is now made far more complicated by the advent of streaming. In the old days, it was possible to avoid the fee by not owning a TV, however nowadays, even owning a phone or laptop that is capable of streaming the NHK results in you being liable for the fee. This is where the controversy begins and people who don’t even watch TV in Japan suddenly find themselves feeling like they’re forced into paying for a service they don’t actually use. The fee also occupies a strange place in the legal system in that while paying the fee is a legal obligation, there are currently no punitive measures in place for not paying the fee. This may change in future based on some recent court cases that NHK have won, however for the time being, its odd status can make it appear even more unnecessary.

While the licensing fee remains NHK’s biggest issue, the broadcaster is not without some other controversies. Its treatment of its employees has at times been called into question with one particular incident of an NHK reporter passing away being ruled by a court as karoshi, or death by overwork.  It has also come under criticism at times for its handling of Japan’s World War 2 history.

What is the Anti-NHK party?

As a legitimate political party, the Anti-NHK party has been afforded all the rights of one, including a televised speech on, you guessed it, the NHK. The speech gained some notoriety and watching it, its easy to see why. Takashi Tachibana begins the speech with a strange rant accusing some NHK newscasters having an adulterous relationship in their car and the NHK working to cover it up. He eventually gets to the main point of how his party stands against paying the NHK fee and seeks to represent the common people in government whereas the elites there at the moment pass laws to increase consumption tax and the payment of NHK fees. He goes on to say that those in the Diet at the moment are behind the times in the current age of the internet and that its unfair to charge license fees to people just because they have a cellphone capable of streaming TV. Towards the end, Tachibana admits he actually likes the NHK but feels like he needs to rebuke them because he likes them so much. Throughout the speech, with his repeated calls to ‘smash the NHK’, it’s hard to tell if Tachibana is being serious or trolling with his delivery of the speech but its amusing either way as can be seen in the linked video here. The party has also made other televised speeches, including one where one of its representatives sits silently in front of the cameras for a full six minutes. The party’s on camera antics have led to a large amount of publicity and more media coverage than a small political party would otherwise get.

The Anti-NHK party has been surprisingly successful for what would be an otherwise fringe party. It was able to gather enough votes for Tachibana to be elected into the House of Councillors. Tachibana then, strangely made the decision to abandon the position in order to run for a different spot in the Upper House for Saitama. Tachibana and his party were then very soundly defeated by another independent party with 1.07 million votes to 168,000.

Aside from his party’s somewhat strange videos, Tachibana’s main policy is actually very straight forward: simply that those who don’t watch NHK shouldn’t have to pay a fee to watch it. One of the ways he proposes that this be done is by scrambling the NHK’s signals so that those who don’t want to access it can’t watch it, rather than having the fee being charged simply because the NHK exists.

Unfortunately, Tachibana has proven to be a very controversial figure in almost every other way, ironically far more controversial than the NHK itself. In recent months, he has made some very inappropriate comments about genocide solving overpopulation problems. Following this, Tachibana also allegedly made threats to an assembleyman during one of his speeches, claiming that he would ruin the man’s life.  Tachibana’s aggressive tactics and demeanour have made the news on regular occasions including incidents where he has chased down bystanders on the streets who have heckled him during his political speeches. After popular television celebrity Matsuko Deluxe made comments about him on television, Tachibana staged a protest at the station and threatened to do the same every night as the program aired, asking his supporters to boycott Matsuko’s show. Tachibana’s outlandish stunts and aggression since getting elected haven’t done him any favours as far as his popularity goes and may have in fact been a big factor in his crushing loss in his most recent election. His party also recruited other members who have made very controversial public comments in the past.

Even more recently, Tachibana has grabbed headlines again, this time being sued by the NHK, ironically for unpaid NHK fees. Apparently after winning his seat on the upper house, he set up an NHK subscription for his office. Now he owes two months payment and is being taken to court by the NHK who have said that while they don’t usually make cases such as this public, it has done so in this case after receiving many requests from its viewers.

Much like any other country, Japan’s political system occasionally turns up odd political parties like the Anti-NHK Party, though few have them have had such immediate success followed by such a quick downfall. As a former NHK employee, its leader seemingly knew how to use the media to increase his party’s popularity but his increasingly aggressive behaviour on a large platform quickly turned against him. Even though he is out of the upper house once again, Takashi Tachibana remains a controversial figure and one still capable of pulling headlines. 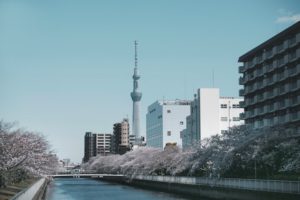 Though the Anti-NHK party’s time in power was fairly short, it still very much exists and is still very much in the process of making headlines. We hope this article has helped you to understand some of the current political events in Japan a bit better.