What is Smart Card Ticketing System?

Are you using smart cards? They are issued in several areas in Japan. For example, Suica of JR East, Icoca of JR West, Sugoca of JR Kyushu etc. These cards are catching on all over Japan because they are not only used as fare cards but also accepted in convenient stores, vending machines etc. as electric money. Furthermore, they have been able to used interchangeably all parts of Japan since March 2013. To make a long story short, if you live in Kanto region and are using Suica or Pasmo, you can pay fare by them whenever you visit other part of Japan. 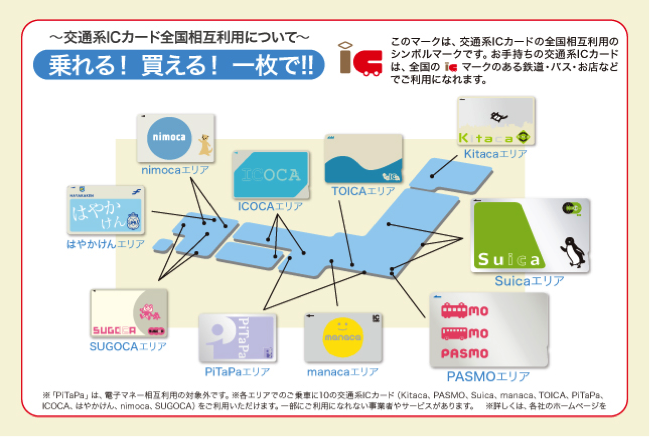 If you live in or frequently visit Hiroshima, you should have smart card named Paspy, issued in Hiroshima Pref. Paspy has several colors which come from issuers’ corporate colors like green, orange, yellow etc., however, there are no difference to use them. Paspy is basically accepted in Hiroshima, Miyajima, Kure, and Fukuyama areas when you use buses, streetcars, ferries to Miyajima, and Miyajima Ropeway. Each traffic facility which accepts Paspy puts this sticker in front of car or near entrance. 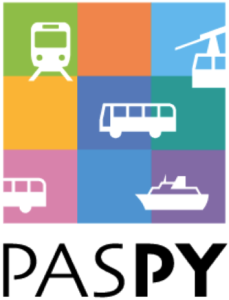 The greatest features of Paspy is to get a 10% discount whenever you pay fare by it. Most of transportation facilities use post-payment system. It means you have to touch your Paspy to the reader both when you get on and get off the car. However, the discount is not applied if you have insufficient balance and pay the difference by cash. To prevent this inconvenience, you may recharge and touch again when you get off. However, when you go on board Astram Line People Mover, you may recharge with fare adjustment before you enter the ticket gate. 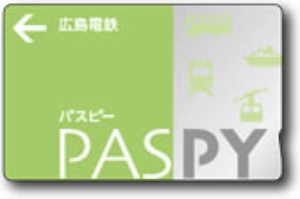 You might have already found that Paspy doesn’t appear on the 1st pic. Actually Paspy doesn’t join the interoperation agreement. It means other smart cards are accepted as fare cards only in Icoca area. However, they are accepted at convenient stores, same as other cities. Only Icoca is accepted in Paspy area even though 10% discount are not applied. This inconvenience is said that because of the discount or transportation companies grudge more introduce cost. 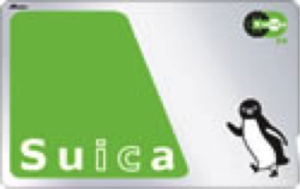 You can purchase Paspy both at ticket machine at Astram Line stations and the ticket window of bus company. One of major location could be the Bus Center on the 3rd floor of Sogo Department Store. The cost starts from 2,000 yen (500 yen deposit included) and charge amount increment is 1,000 yen (maximum 20,000 yen). Paspy is also available in the operating bus / streetcar and it costs 2,000 yen.

and where can paspy be reloaded? thank you so much

Thank you for your comment, Dulce!
We also have Q&A website called ‘Guidable QA’.
If you have any question about Japan. you can ask here and somebody will help you out!
We’re sorry we cannot respond to each one of you but please make the most of our service!