Sumo – The Spirit of Japanese after Coronavirus | Guidable

Sumo – The Spirit of Japanese after Coronavirus

Sumo – The Spirit of Japanese

Sumo is the Japanese national sport. It is a Japanese style of wrestling, and Sumo wrestlers are called Rikishi (力士). Two Sumo wrestlers face off in a circular ring called Dohyo (土俵) and grapple with each other, throw the opponent on the ground and push him out of the ring. Sumo has a long history, and it was a form of Shinto ritual. The characteristics of Shinto are still seen to this day. For example, Sumo wrestlers clap their hands as you do at a Shinto shrine before a match, Yokozuna (横綱/ the highest-ranked Sumo wrestler) wear Shimenawa (注連縄), the rice straw rope which you see in a shrine), and women are not allowed to enter the Dohyo, a tradition stemming from Shinto and Buddhist beliefs. 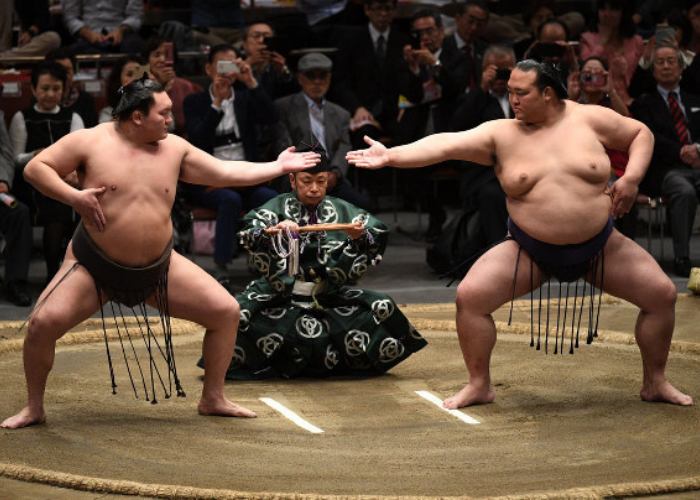 The History, Ranks, and Tournaments of Tradition Sumo 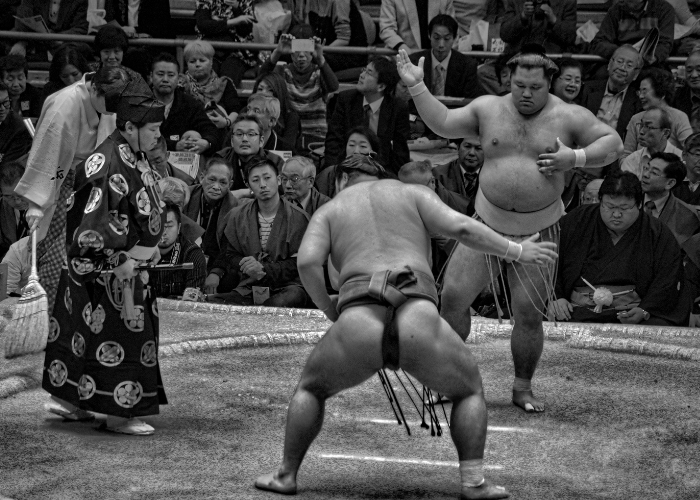 There are ranks in Sumo wrestlers, and the tournament itself is also divided into some levels. Makuuchi (幕内) is the top division and followed by Juryo (十両), Makushita (幕下), Sandanme (三段目), Jonidan (序二段), and Jonokuchi (序ノ口). This is a bit off-topic, but as Jonokuchi is the start for Sumo wrestlers, the word is also used in general for the meaning of the beginning. And at the Makuuchi division, put in order from the highest to lowest, there are Yokozuna (横綱), Ozeki (大関), Sekiwake (関脇), Komusubi (小結) and Maegashira (前頭). Among Maegashira itself, they are ranked and numbered as well. The lower number they have, the closer to Komusubi. But the number one doesn’t exist; instead, we call Maegashira-Hitto (前頭筆頭).

They use only their body, pure power. So you may think that big, heavy Sumo wrestlers always win. However, it doesn’t always go so simply. With speed, technique, and right body balance, smaller wrestlers can beat more prominent wrestlers. Even lower-ranked Sumo wrestlers can defeat higher-ranked ones. 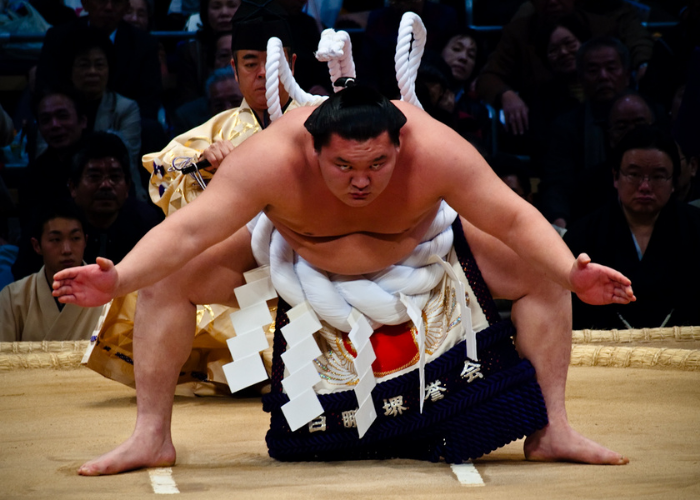 There is another person on the Dohyo you may find unique. That is Gyoji (行司), a referee. They wear traditional Japanese clothing, and even they have ranks. The lower-ranked Gyoji wears a much simpler outfit. The highest-ranked Gyoji called Tate-Gyoji (立行司) carries a Tanto (短刀/ a dagger). There are some opinions that the reason behind them having a dagger is so they are prepared to commit Seppuku if they make a mistake. Of course, they wouldn’t really do so in real life. Gyoji has the family name, either Kimora (木村) or Shikimori (式守), as a professional name. When you watch Sumo, you may wonder what they are saying during the match. They say “Hakkeyoi (はっけよい),” Nokotta (のこった)” and those are an encouragement to the Sumo wrestlers meaning “Use your full power,” “You are still in the Dohyo,” a rough translation. 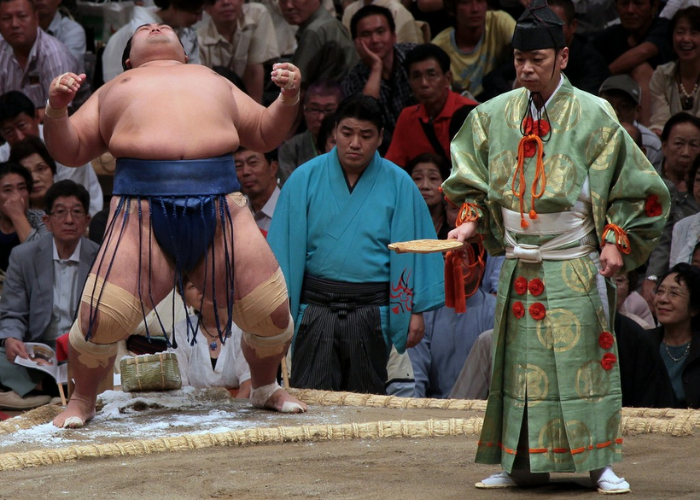 Not only the tournaments, but regional tours also take place. That is called Jungyo (巡業) and performed between games. If you visit these, you can meet Sumo wrestlers, and see them practice and their matches. You can also see little kids try to fight against gigantic Sumo wrestlers.

Though it is the Japanese national sport, you see many Sumo wrestlers from many other countries. A while ago, Hawaiian Sumo wrestlers were dominant among non-Japanese wrestlers, but nowadays, there are many Mongolian and European wrestlers. Three current Yokozunas are all from Mongolia. There was a significant change in January 2017. Kisenosato (稀勢の里) won the Basho and became Yokozuna. It is the first time in 19 years to have a Japanese Yokozuna. People are excited and looking forward to his performance as Yokozuna in the next Basho. 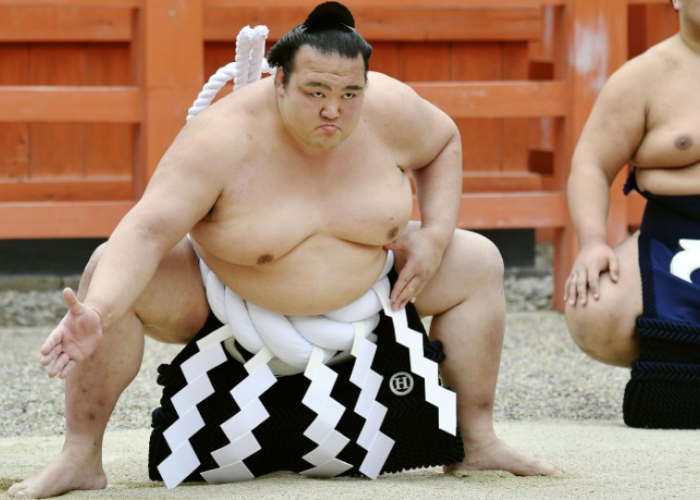 Kisenosato -the first Japanese Yokozuna in the last 19 years

If you are interested in Sumo and, if any chance, check out the next Basho, and find your favorite.

Due to the coronavirus pandemic, the summer grand tournament in Tokyo was canceled by the Japan Sumo Association (JSA). The tournament was scheduled to open first at the Ryogoku Kokugikan arena in the Japanese capital on May 24. The decision of the association came after the government extended its state of emergency because of the coronavirus. Making things worse, stablemaster Takadagawa and some other wrestlers even tested positive during the pandemic. 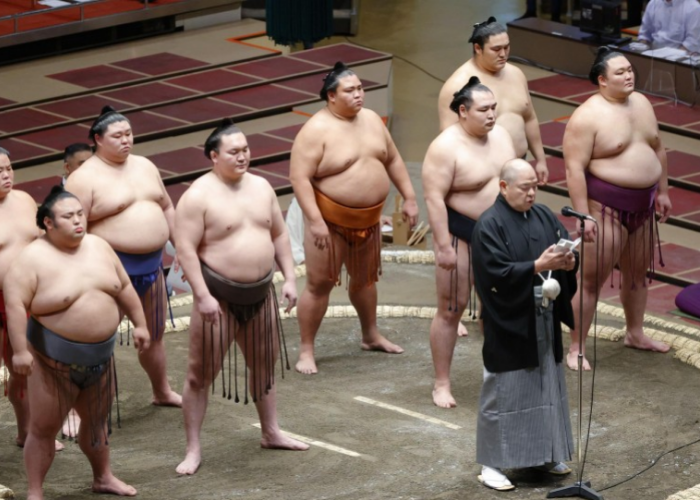 Although Sumo tournaments have returned, wrestlers have been asked to wear masks in their dressing room, and all JSA members will have their temperature taken daily. Those with temperatures above 37.5 C or 37 C for two straight days will be tested for coronavirus.

In response to the virus, the JSA has also agreed to move the November Kyushu Grand Sumo Tournament from Fukuoka in southwestern Japan to Tokyo.