The History of Bowing and Other Japanese Customs | Guidable

The History of Bowing and Other Japanese Customs

When it comes to adapting to Japanese culture, it’s all about the details: learning the art of bowing at the right times, knowing where to walk on the sidewalk, or remembering to say “itadakimasu” before eating. It’s these small, subtle habits and practices that make Japanese culture unique.

But where do these customs come from, and how did they become significant in Japan today? Here are five examples of everyday Japanese customs and their history.

Bowing is an everyday ritual in Japan. From meeting someone for the first time to exiting an elevator first, it’s common to bow as a polite and humble gesture in Japanese culture. You may also notice people bowing when assisting a customer in an upscale shop or when apologizing for wrongdoing. And, depending on the circumstances, there are different degrees of bowing, from 15 degrees to a full 90-degree bow. But where did the custom of bowing in Japan come from?

The exact origins are up for debate, with some citing the Yayoi period as the first time bowing became a practice in Japan, while others give credit to China much later.

National Geographic quotes Japan House Los Angeles President Yuko Kaifu as saying, “Bowing was initially confined to the noble class but became more prominent among the samurai warrior class from around the 12th century.”  It’s believed that these groups were inspired by Buddhism (especially the Buddhist practice of bowing at sacred statues) and an already existing culture of ritualistic etiquette

Later, following the Edo period, commoners also adapted bowing, and it was used to differentiate between classes of people. These days, bowing is still practiced to show respect, cooperation, and humility.

History of Walking on the Left Side

Historically, samurais in Japan carried their swords on their left side. And bumping into one of these swords could be considered threatening and easily start a violent clash. To avoid this, these sword-carrying warriors started walking on the left side of the path when passing one another, to ensure that their swords are on the opposite side of each other. By doing this, they could avoid contact with each other’s weapons, and therefore steer clear of unnecessary conflict.

You may find that Kansai residents don’t follow this rule at all, however. Instead, it’s typical to use the right side when walking and standing in places like Osaka. Unlike cities such as Tokyo, Osaka was predominantly a city of merchants, not samurai. These merchants carried their bags and valuable belongings on their right sides, and because of this, they started walking on the right side of the road as well. 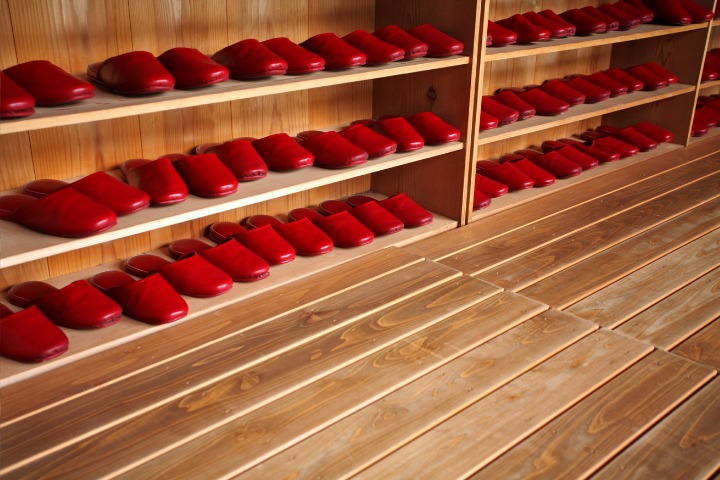 History of Taking Shoes Off Indoors

Removing your shoes when indoors is a well-known ritual in Japanese culture. Visitors and newcomers to Japan may be surprised that this ritual extends beyond people’s private homes to clothing store dressing rooms, clinics, and some restaurants too. It’s also typical to have a separate pair of “indoor” and “outdoor” shoes, such as in school buildings. And Japanese slippers are commonly worn to protect indoor flooring, while also keeping your feet covered and comfortable.

To get an idea of why Japanese people created this habit, imagine Japan hundreds of years ago: streets were filled with stone and dirt, without the pavement and infrastructure we know today. Not only this, but given Japan’s humid and rainy climate, this dirt would often turn to mud. Indoors, flooring was traditionally made of tatami, delicate grass or straw mats, and most indoor activities were done while on the floor, using minimal furniture such as low-standing tables and floor futons for sleeping.

Considering this, it’s easy to understand why, historically, Japanese people would have wanted to remove their shoes to maintain the cleanliness of their interior spaces. Today, wearing shoes indoors is still considered dirty, especially in spaces where people may sit on the floor or in rooms outfitted with hard-to-clean tatami or carpet flooring.

Among the most basic phrases that beginner Japanese speakers learn is itadakimasu. This phrase roughly translates to “Thank you for the food,” and is said before beginning a meal. When eating a meal someone else has prepared for you, it would be remiss not to say this simple phrase – but how did this saying begin in the first place?

Itadakimasu comes from the verb itadaku, which originally translated as “to put something over the head.” When Buddhism came to Japan during the Asuka period, the practice of raising gifts above the head became common. This was to show appreciation and was even done with food, with food being raised above the head as a symbol of gratitude, especially to those of higher status.

Since the 1800s, saying “itadakimasu” has been seen as proper mealtime etiquette, according to a book published in 1812 called Koukou Michibiki Gusa. Buddhists supported the book’s etiquette recommendation, and they worked to spread it across Japan. However, itadakimasu only started to become widely used about 80 years ago, proving that though this phrase has a long history in Japan, it only became popular relatively recently. 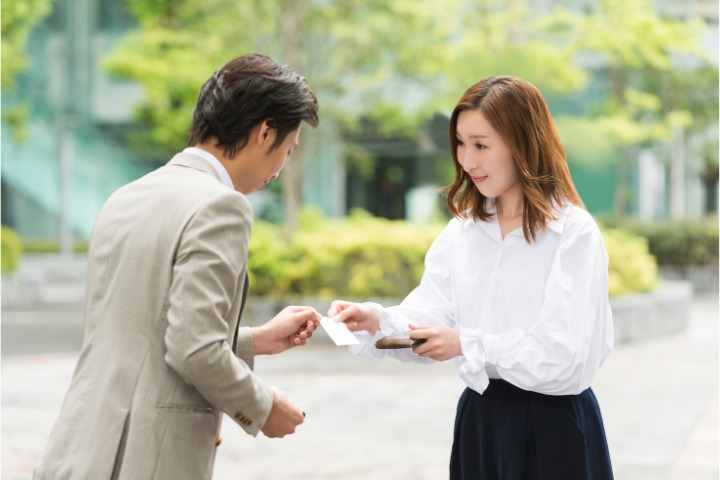 In Japan, meishi, or business cards, are more than your average business card. They’re an essential item for working in Japan, and they’re given ritualistically when meeting for the first time. There are even specific actions and manners you are expected to perform when exchanging business cards. For example, it would be insulting to immediately put a business card you just received in your pocket or wallet. Instead, you should keep it where it’s visible until the interaction is finished.

While meishi may appear to only be a product of the modern-day salaryman era, there’s a richer history to these cards.

Though business cards are often said to have originated in China, they are believed to have arrived in Japan from Europe during the Meiji period, when Japan opened borders to western imports and culture. The Japanese made these identification cards all their own, though, borrowing from Shinto religion and creating a meishi-exchanging culture that is almost ceremonial.

Business cards also play a practical role in Japan’s hierarchical society, and knowing someone’s title and seniority based on their meishi allows people to know how to address one another and how formally to speak.

In a culture that prides itself on tradition, it’s no surprise that many of Japan’s present-day habits are influenced by history. These practices, such as bowing and removing shoes indoors, often have ties to both religion and cultural etiquette, as well as practicality. For these reasons, these common examples of Japanese culture are likely to stick around well into the future.

Ready to learn more about Japanese history? Try one of these Japanese traditions!: