The Japanese Crane: What Does It Symbolise? | Guidable

Is the Japanese Crane Native to Japan?

The Japanese red-crowned crane is an endangered species native to the eastern regions of Hokkaido, the northernmost island of Japan. It is estimated that only around 4,000 Japanese cranes can still be found all over the world. 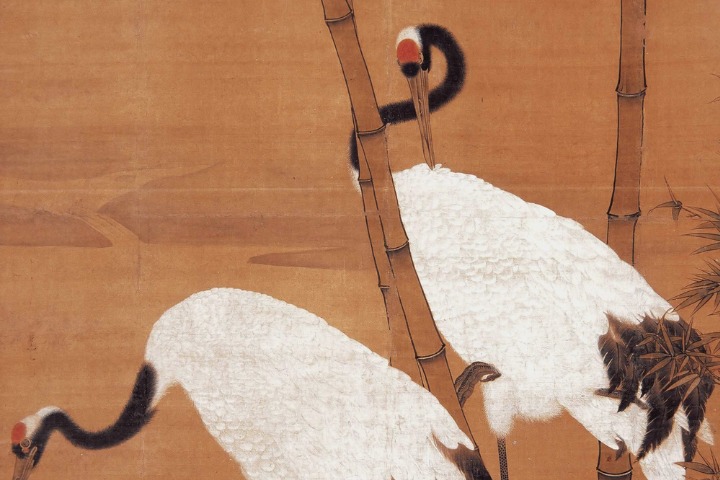 Cranes in Japanese traditional culture are considered a mystical figure, an animal close to the kamisama (Japan’s native Shinto deities). In traditional Confucianism, cranes are believed to live up to 1,000 years, and that is why they are also a symbol of longevity, success, and good fortune.

Cranes are believed to have the power to grant wishes and answer prayers, which is where the tradition of senzaburu – folding 1,000 cranes origami to make “wishes come true” – comes from.

Cranes in Japanese Folklore and Tales

Cranes are also closely related to the concept of returning favors and gratitude towards help from other people.

This concept has roots in traditional Japanese folklore, in one of the most famous Japanese traditional tales, “Tsuru no Ongaeshi” (The Grateful Crane).

This legend tells a story of a poor farmer who, one day, while in the fields, finds a badly injured crane and saves her and helps her to fly again. The crane comes then later back to his house in the form of a beautiful young woman proposing to him to become his wife and weaving beautiful cloth using her own (crane) feathers as a way to repay him for his kindness. 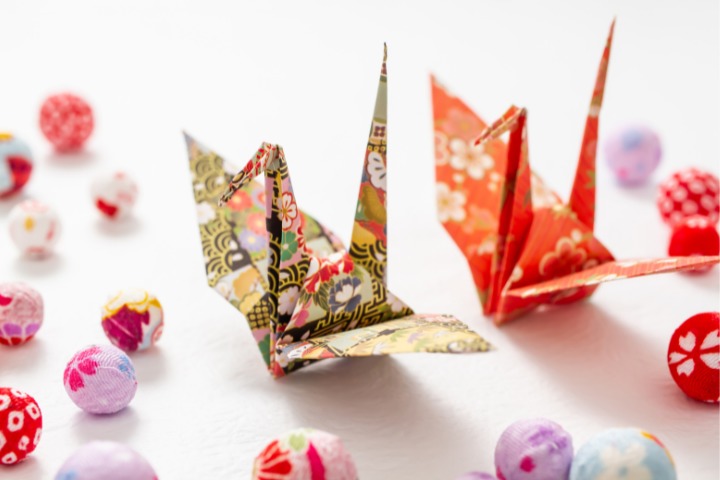 When living or traveling to Japan, you maybe have stumbled upon colorful paper crane displays in shrines or temples. Origami, the art of folding paper, is one of the traditional Japanese art forms and is widely recognized abroad.

How Did Origami start?

Around 610, paper-making techniques were introduced to Japan from China, and the Japanese subsequently created thin, strong paper known as washi.

Washi was almost exclusively used by the upper class for religious rituals and to wrap offerings made to the gods, but eventually, people began to think of different ways to fold the paper, to make it look as beautiful as possible.

In the Edo period (1603-1867), the production of washi increased consistently, and the price dropped, making it more accessible to lower classes. It started to become popular among the general public, giving rise to the cultural practice of “noshi” (formal gift wrappers) and “tato” (envelopes/paper purses).

It is only after World War II, that the paper crane became so widely known abroad, growing as a symbol of peace and hope through the story of the young Sadako Sasaki and her thousand origami cranes.

Sadako was diagnosed with leukaemia at only 12 years old after being exposed to radiation after the bombing of Hiroshima in 1945. Sadako decided to fold 1,000 crane origami hoping for recovery, happiness and peace, after hearing the belief that folding 1,000 origami cranes can help wishes come true. Sadly, her wish was not granted, and she passed away. You can still find strings of paper cranes not only in Hiroshima and Nagasaki but all around Japan as a symbol of peace and hope and as a symbol to remember all the victims of World War II. 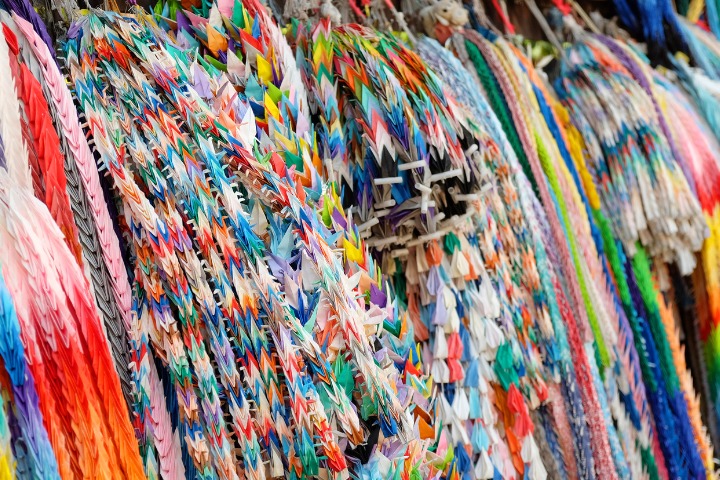 While senbazuru refers to folding a thousand paper cranes, the number does not have to be exact, and it is used to convey the sense of folding a great number of paper cranes. Cranes are then grouped together with strings and beads, most commonly in groups of 40.

Did you know senbazuru and that cranes are such an important symbol in Japan? Even the Japanese national airline JAL uses a red crown crane in its logo!

From religion and traditional tales to modern history and society, cranes will always have a special role and meaning in Japanese culture.