Not Only the Main Hall and Gate; Garden, Shrine, and More

When you visit Senso-ji Temple, where do you stop by? Famous Kaminarimon Gate? Main Hall? Five-Storied Pagoda? Or you might watch all of them. However, there are more must-see sights because the temple, which is the oldest temple in Tokyo, has a long history. Even you might already know, but here are some recommendations to stop by. 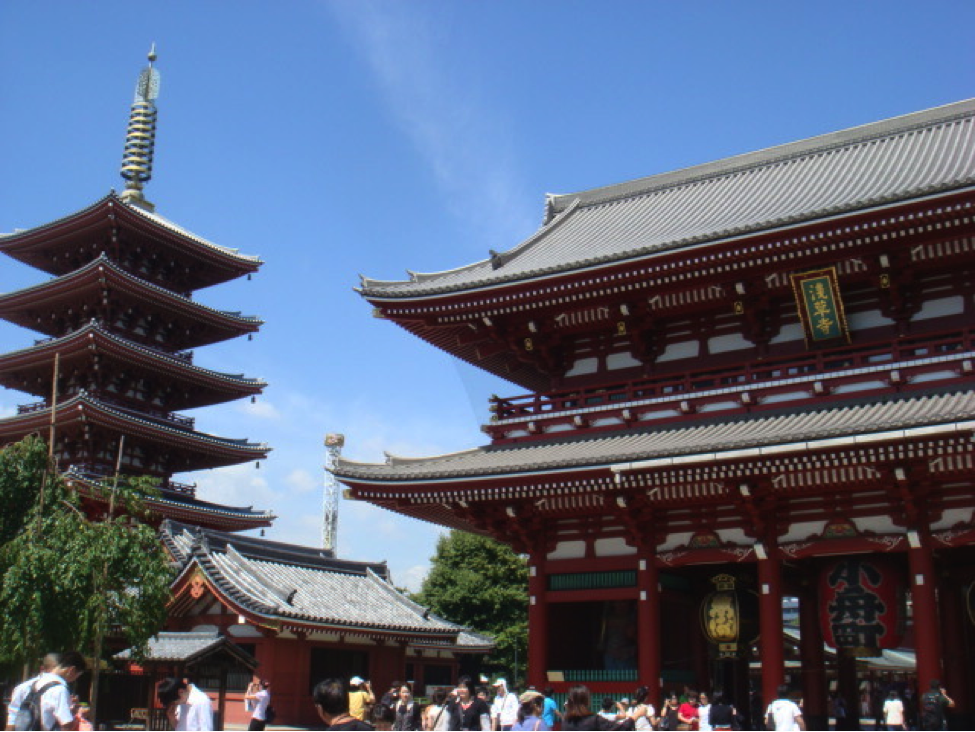 Denbo-in is the residence of the head priest of the temple. Also, it has its garden which is designated as National Scenic Beauty in 2011. You know Asakusa is noisy in daytime, but there is unbelievably quiet and rich nature. Though the garden is usually not open to the public, there is opened once a year from the middle of March to the end of Golden Week. For the duration of special seeing, you can also see the treasures owned by the temple. Even the detail of 2017 hasn’t been announced yet, you can still check 2016 schedule for reference here; www.senso-ji.jp/html/html/ (Japanese only). 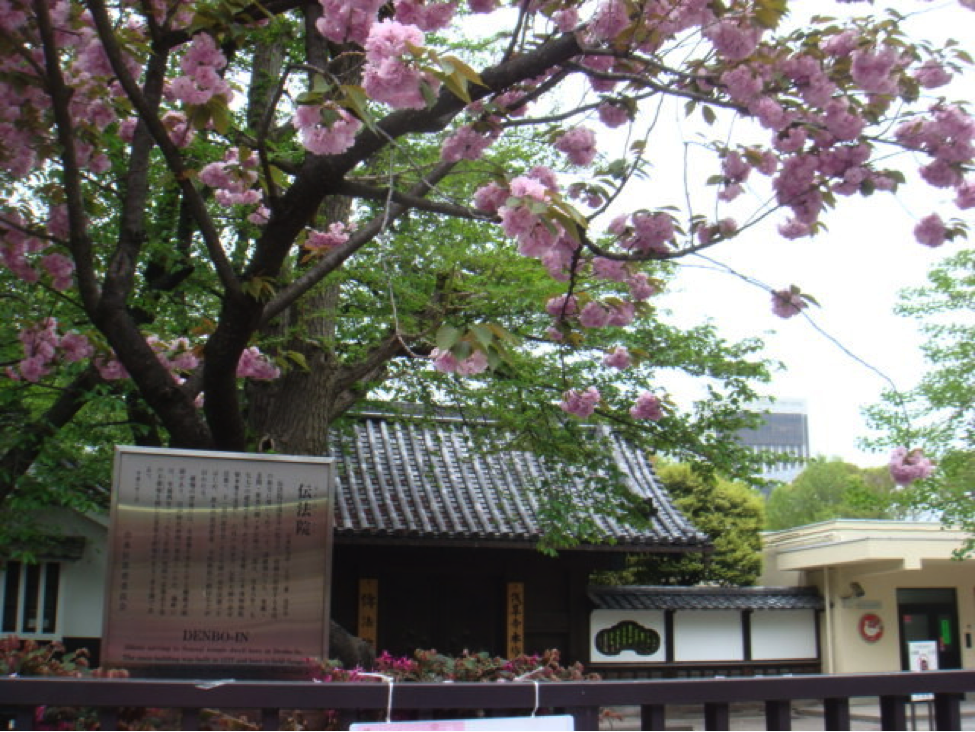 Zenizuka Jizo-do Hall has said that it is responsive to prayers about good business. “Zenizuka” means mound where the treasure is buried in Japanese. Because the original hall had been destroyed by the Great Kanto Earthquake in 1923, the current hall was rebuilt in 1964. The stone statues below are called “Shio-name (Salt-licking) Jizo” (right) and “Kankan Jizo” (left). When you visit there, you offer salt, incense, and candles to them. Though the shape of Kankan Jizo has been disfigured out, it is said that because of quake and fire. There is also known for Buddhist ceremony is held the date of 24th every month. 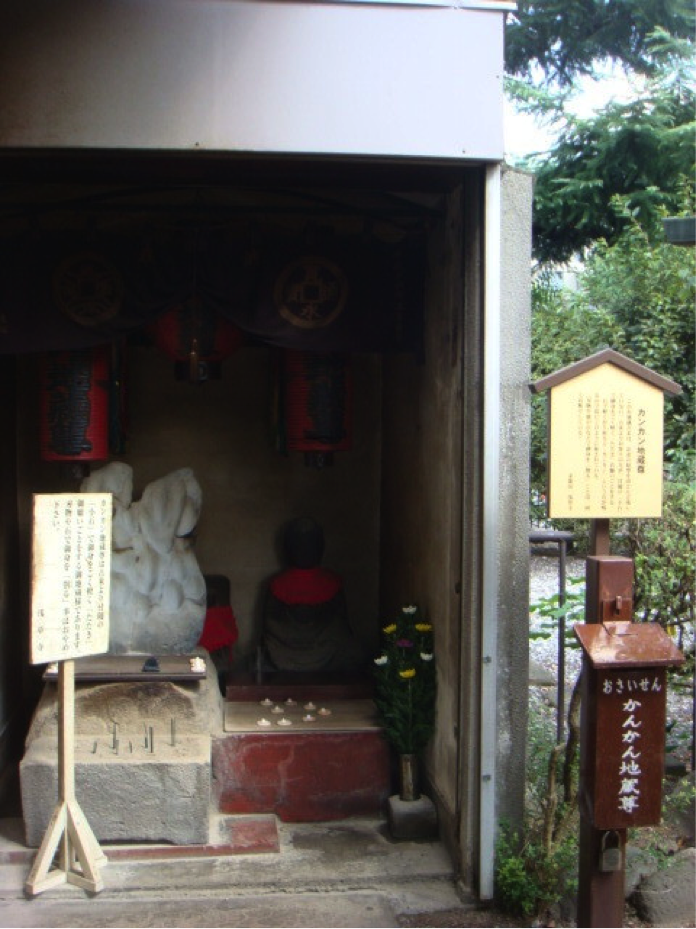 Mitsumine Shrine at Senso-ji is a branch of the Mitsumine Shrine of Chichibu, Saitama Pref. It is kind of strange that the shrine in the temple, but it is said that the shrine was transferred to spread its benefit; to avoid fire, theft, etc. because fire often occurred in Asakusa in the Edo era. The main shrine at Chichibu is well known for the most powerful spiritual place in Kanto Region, and the branch is the same, too. When you stop by here, you would have a different feeling from Senso-ji Temple or Asakusa Shrine next to the temple. Though the shrine doesn’t heal you, but it is said that the shrine supports people who have a strong will. Because it is hard to visit the main shrine, you may feel the power of Mitsumine Shrine in Asakusa. 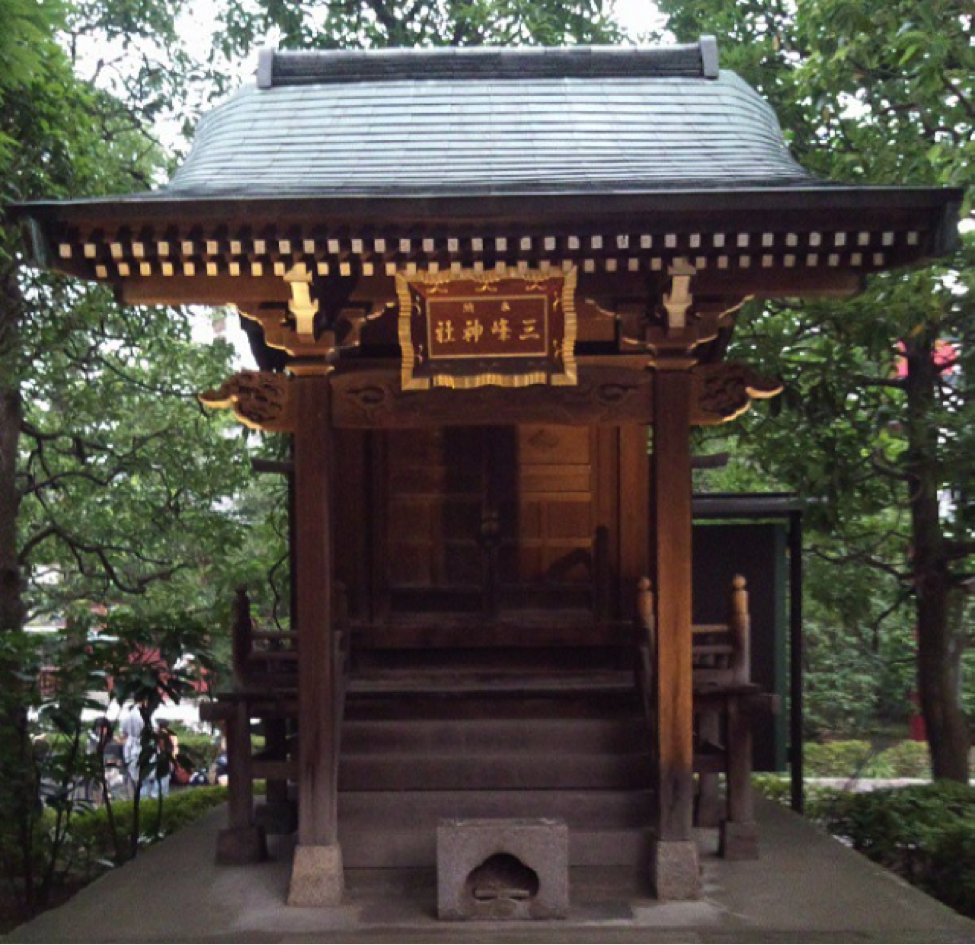 If you have any question, team Guidable is ready!
http://qa.guidable.co/