The Season of Hydrangea Is Coming | Guidable

The Season of Hydrangea Is Coming

Hydrangea, which is referred to as ajisai in Japanese, usually blooms from mid-Jun to early July after tsuyu, the long rainy season. Therefore, when the long period of tsuyu comes to an end, one of the most important events of Japanese people is to enjoy the beauty of Hydrangea.

The beauty of hydrangea 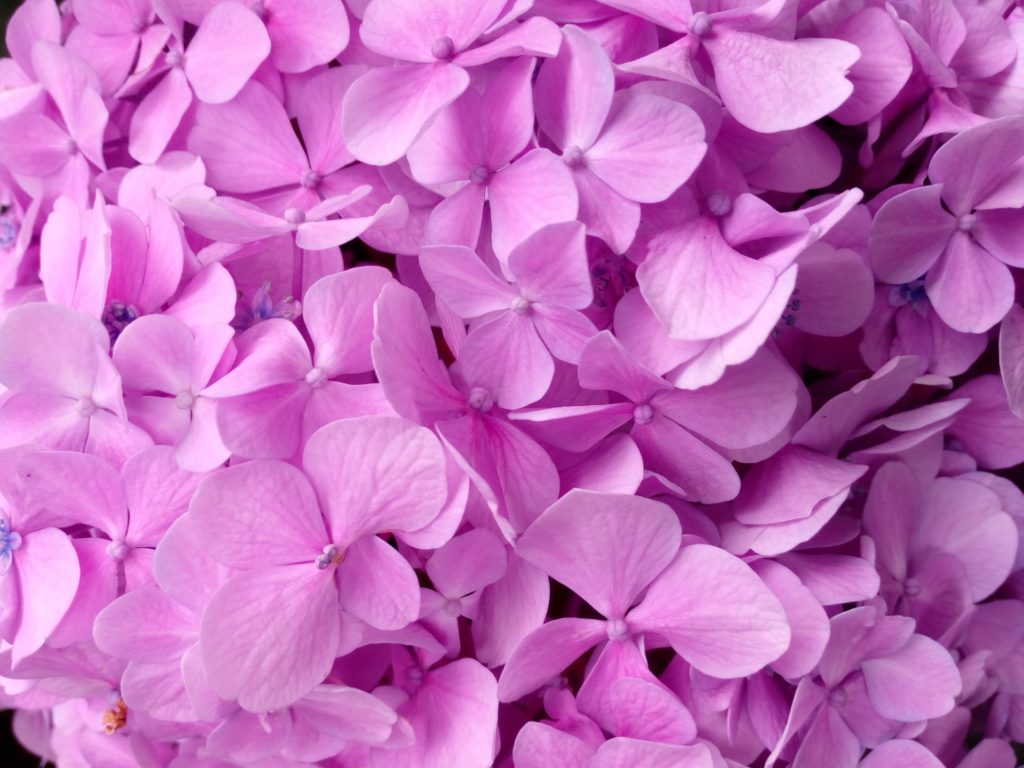 It is known to all that hydrangea is the native plant originated from Japan. And, the perfect place for hydrangea to grow is the place dull of warmness and moisture. That’s one of the reasons why hydrangea blooms after the rainy days. Because of the rainy weather, hydrangea has got the enough nutrition to show off its beauty. The more rain it absorbs, healthier it will be. Also, the flower looks elegant especially when it is wet. When is enshrouded in the mist, the hazy beauty of hydrangea attracts the heart. The amazing scenery really caters to Chinese as well as Japanese aesthetics, which pursues implicit and graceful conception charms of nature.

The Origin of the name- Ajisai

Hydrangea is also quite popular in China. The seed of the flower is said to be introduced to China when Japanese diplomats and scholars visited China in Tang Dynasty. The flower was first planted in Hangzhou, and then spread to other places of China. The reason why it becomes popular in China is that the famous Chinese poet Bai Juyi has written a poetry regarding its beauty.

“Since when and where this cute plant came

Nobody could tell me and its name either.

So I am privileged to name you

Later, the name, Purple Sun-shining, was spread to Japan. And the Japanese followed the naming methods of the flower. They also used the main color of the flower to name it. Since then, Hydrangea has a unique Japanese name called Ajisai, which means this flower is a gathering of blues. According to Japanese pronunciation, aji is from atsumaru（集まる）, which means to get something together, and ai（藍）is the color of indigo blue. Therefore, the name, ajisai, indicates that it is a flower full of blues. 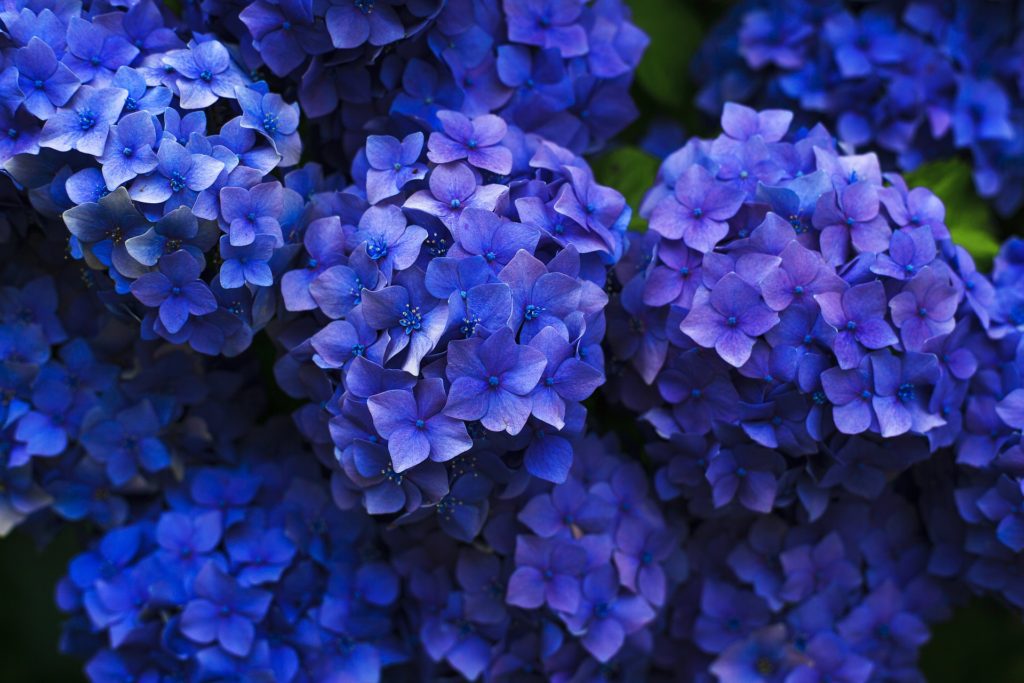 Another name of hydrangea- nanahenge（七変化）

In Japan, hydrangea has another Japanese name, nanahenge, which means it has seven changes. The reason why the flower gets this name is because the color of the petals of hydrangea can change according to the nature of the soil. The color of the flower is determined by the PH of the growing soil. On the basis of the soil PH, the color of the petals can turn to dark blue, light blue, light purple, purple, white and so on. Therefore, the flower looks different at every moment. The delicate and subtle combination of colors makes hydrangea more attractive. Also, this distinctive feature has given the flower a rich symbolic meaning in Japanese literature. In Japanese poems as well as the fine art works, the flower is often used to represent the fickle and changing heart. 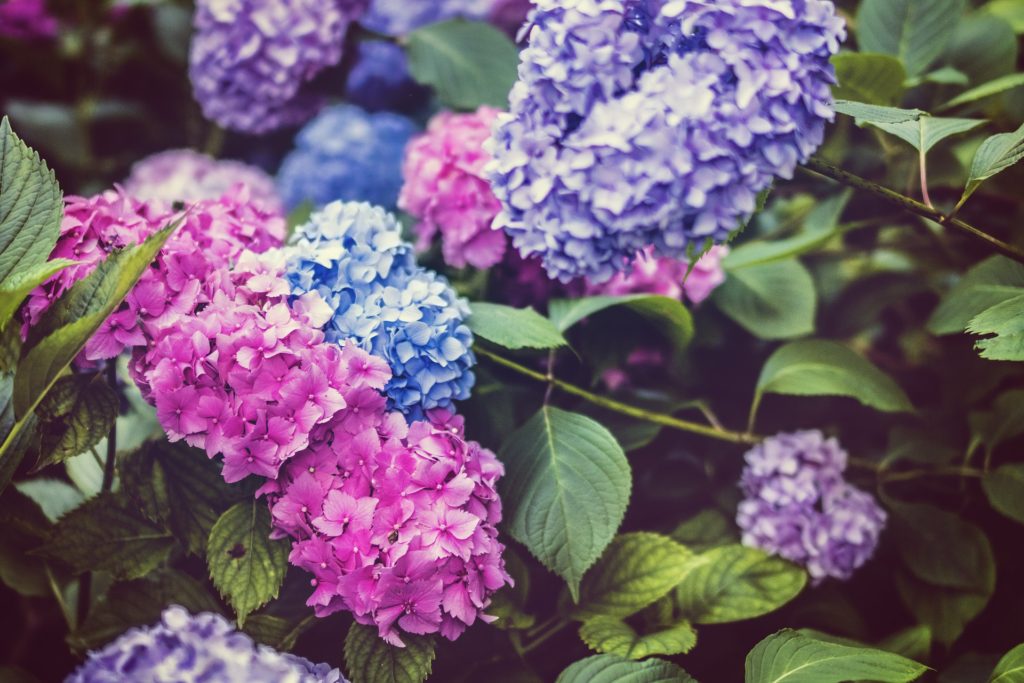 The connection between hydrangea and temple

In Japan, the most common places to enjoy the view of hydrangea is temples and shrines. That’s because the flower has a special meaning to them. In ancient times, because of the low-standard medical technology, epidemics are sweeping through Japan. Therefore, a large number of people are suffering from the epidemic. Also, because of the terrible weather during the tsuyu period, many people died. In order to remember the death of the people, ancient Japanese people used blooming hydrangea to express condolence. Therefore, an increasing number of hydrangea was planted in the temples and shrines, especially during the tsuyu period. At that time, there were many hydrangea temples and shrines in the village or town suffering from the epidemic. Shortly after that, the medical technology developed, the death caused by the extreme weather during tsuyu period was greatly reduced. However, even now, there are still many temples and shrines planting hydrangea because it is beautiful and easy to cultivate.

The flower has an extraordinary long history in Japanese culture. We can find that the poems about hydrangeas have appeared during Nara period. And then, during the Edo period, the flower was honored by the Samurai because of its changeability. Since the flower can change the color of the petals with the environment, it makes the flower different and immortal. Also, we are likely to associate the feature of the flower with the sadness of impermanence, which enables us to think of hopeless love, short life and so on. Because of its special meaning as well as its beauty, the Japanese seems to have a special complex of hydrangea. The flower is adored by Japanese people just as they do for sakura.