“Matsuri” is a Japanese word which means festival. There are numerous numbers of festivals in Japan every year. Almost each shrine has its own festival. And most of the festivals are held once a year to honor the gods, pray for good fortune, or to remember the historical events. The duration of the festival is different according to festivals. Some will last for several days, while others may last for the entire month. The climax of the festival is the parade. The god sedan will carry the local god and surround the town. Only at this point, god will leave the shrine and be carried around the town. And many festivals will play the drums and Japanese bamboo flutes to create the atmosphere of festival. Although festivals may have something in common, they vary from each other. Today, I will introduce the top 3 festivals in Japan. 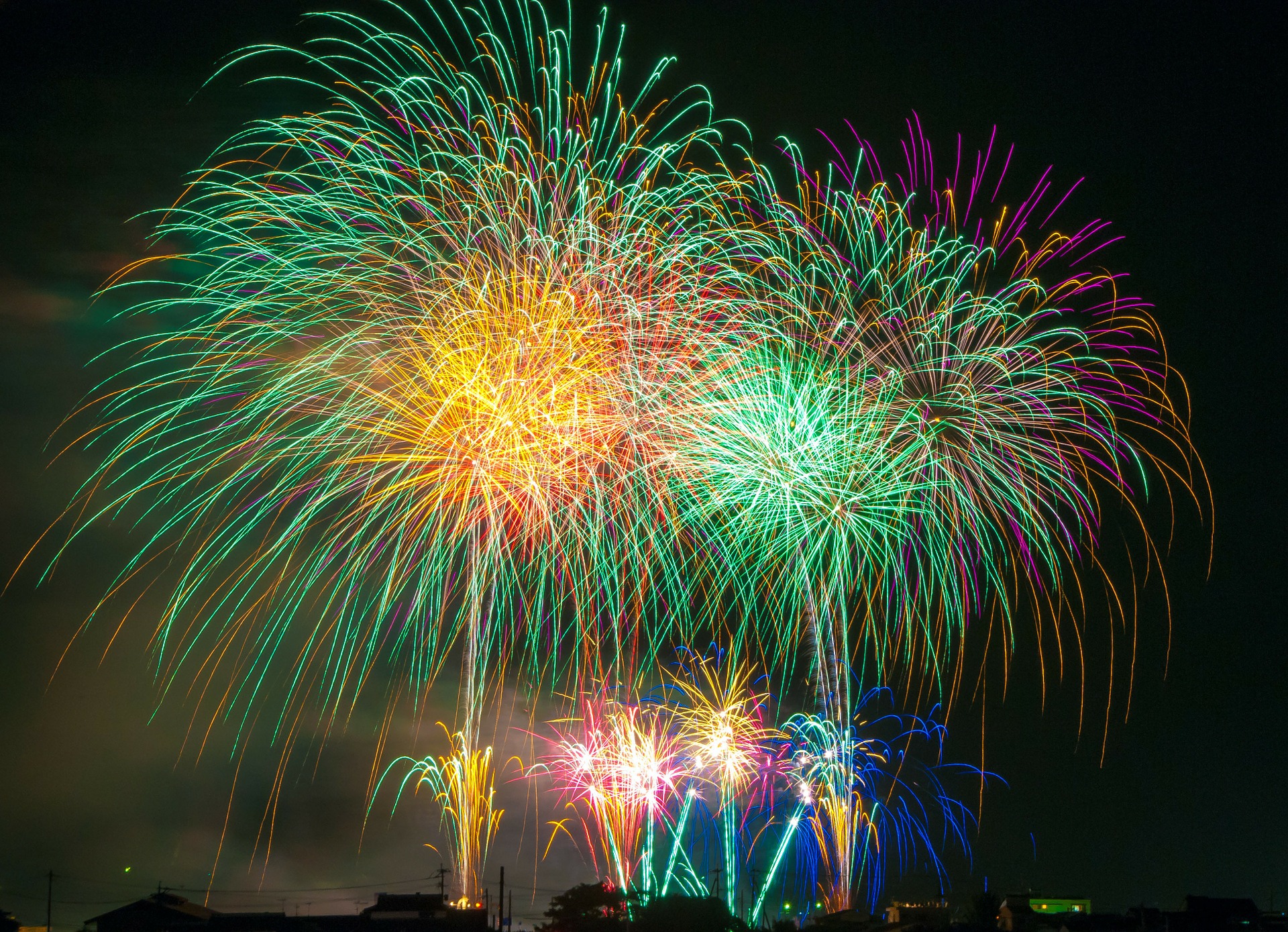 There are thousands of festivals held in Japan every year. Among them, the most well-known festivals are “Kanda Matsuri”, “Tenjin Matsuri” and “Gion Matsuri”, which are usually referred to as Japanese top three festivals. Every year, a large number of people will be gathered together to celebrate the special festivals. The highlight during the festival should be the parade of portable shrines as well as the firework displays. 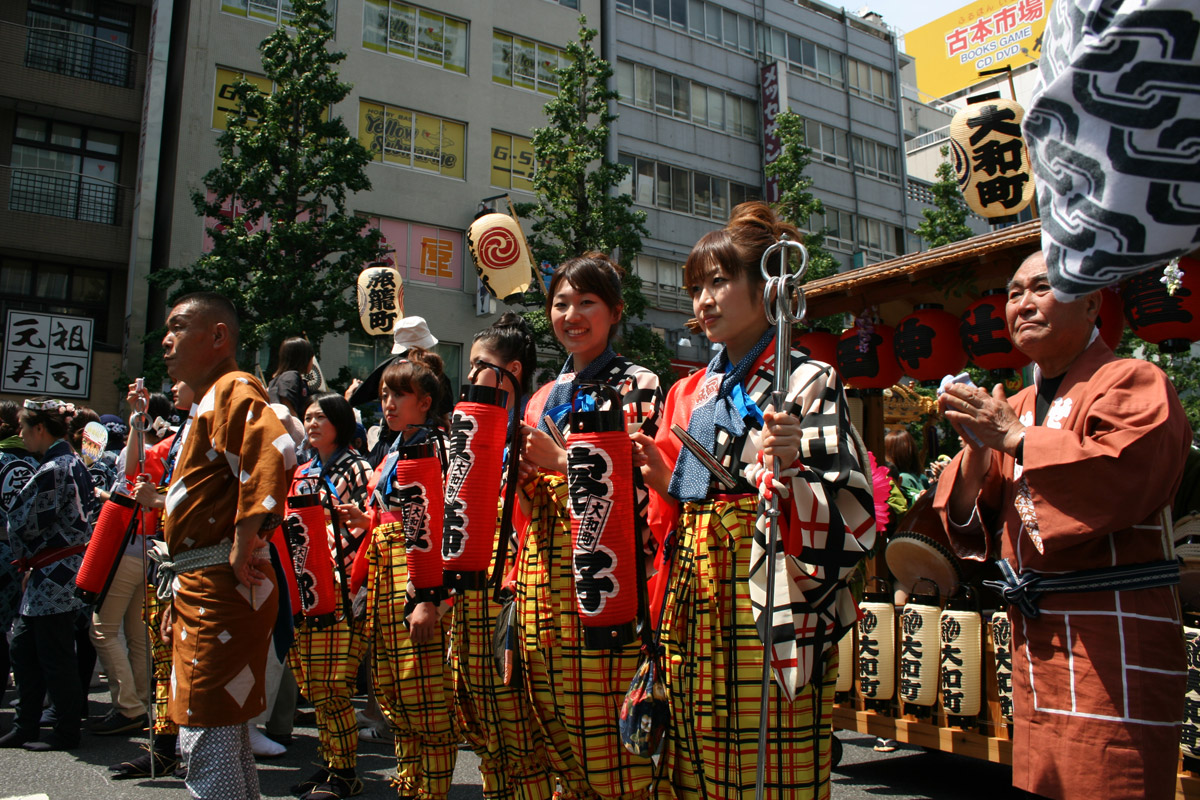 The festival can trace back to the early 17th Century. At that time, it was to celebrate the victory of Tokugawa Ieyasu at the battle of Sekigahara and then also pray for the prosperity under the new regime. It used to be one of the two festivals allowed to pass through the Edo Castle, and another one was Sanno Matsuri.

The main events, the parades of portable shrines are usually held on Saturday and Sunday. The parade procession consists of about 300 people, and will pass through the central area of Tokyo. Also, you can see many Japanese-style god sedans and floats.

“Tenjin Matsuri” is the most noted festival in Osaka. The festival started in the 10th century and has a history over one thousand years. It is held on July 24 and 25 annually in Osaka. It is noted as the largest water festival all over the world. It is the festival of the Tenmangu Shrine and honors Sugawara no Michizane, who is regarded as the god of learning and called as Tenman-Tenjin. 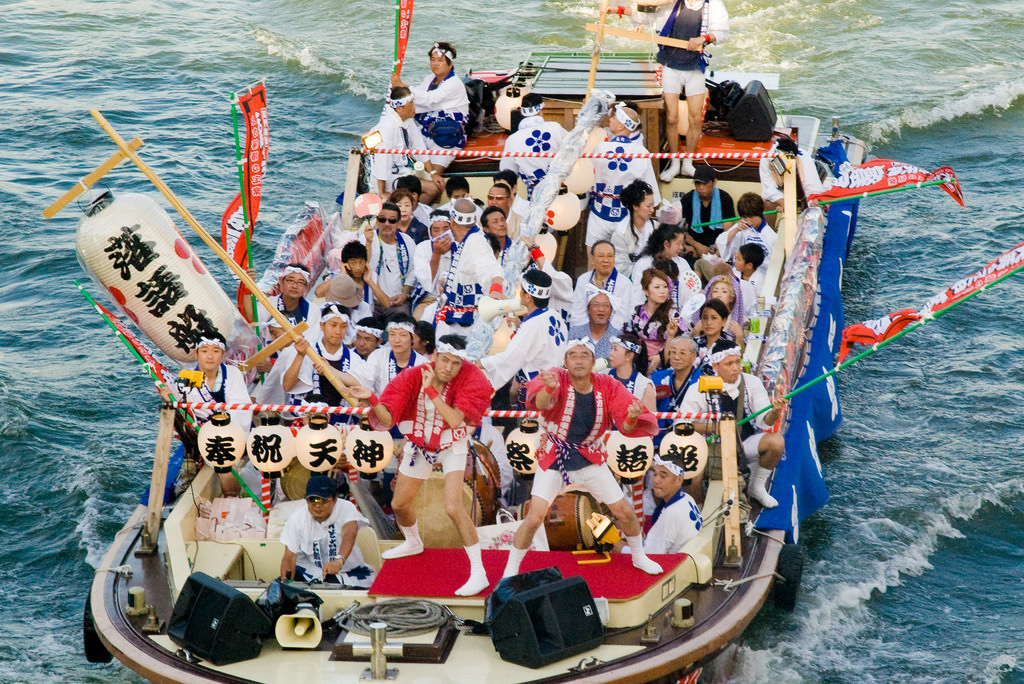 During the festival, various Japanese traditional performances will be presented, such as kagura, a specific type of Japanese Shinto dance, as well as Bunraku, a traditional Japanese puppet show. The main events take place on July 25, the second day of the festival, including a land procession as well as the river procession. During the land procession, about 3,000 people will wear the royal garments of Nara Heian Period and go forward slowly with the God sedan. And 100 boats will be taken to ship these 3,000 people to finish the ritual of the river procession. Besides, the firework display of “Tenjin Matsuri” is also popular among Japanese people. Although it is not the most outstanding one in Japan, it is unique for its amazing scenery combined with the illuminated boats and the reflection in the water as well. Finally, at the end of the festival, Tejime, also called teuchi will be performed. Tejime, a traditional ceremonial hand clapping with rhythmic beats, has a meaning of fulfillment and completion.

If you want to know more about Osaka, “Tenjin Matsuri” should be the best choice for you! 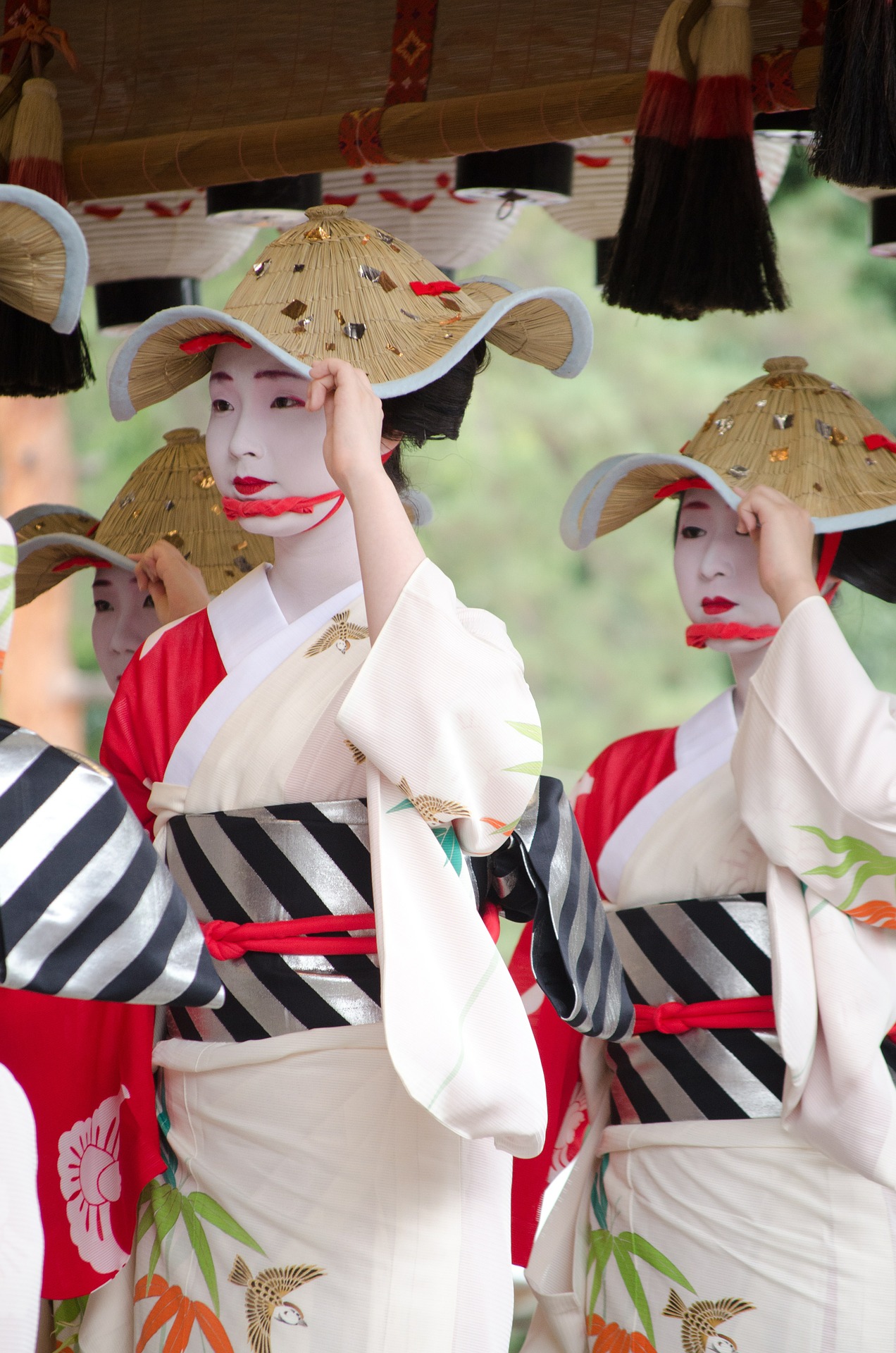 “Gion Matsuri” is the most well-known festival in Kyoto. The history of the festival can date back to Heian Period. In 869, Japanese people severely suffered from pestilence. At that time, people attribute the cause of the pestilence to evil spirits. In order to quell these evil spirits, “Gion Matsuri” was held as a ritual of purification. In the old days, once the pestilence happened, Japanese would do such a ritual. Since 970, “Gion Matsuri” has become a traditional event in June. And now, it takes place from July.1 to July.31 and goes for the entire month annually.

The most photographed moment of the festival should be the parade in Kyoto’s main road on July.17. The parade procession consists of about 30 floats, called yamahoko in Japanese. Each float is a two-layered structure and has a height up to 6 meters. A high pole, which is similar to the spear, is inserted at the top of the float. As the floats are decorated with textiles, printings, sculptures and many other exquisite handicrafts, it is called as the “mobile art museum”.

Finally, during the “Gion Matsuri”, the Kyoto people has a habit of displaying their collections of precious work of arts. People call it “ Byobu Matsuri”. Therefore, it is a great chance to visit the traditional Japanese-style house.

Although “Kanda Matsuri” was over now, we could still participate in “Tenjin Matsuri” and “Gion Matsuri”. Don’t miss them!