Train 101: A Guide on How to Commute Everyday in Japan | Guidable

Train 101: A Guide on How to Commute Everyday in Japan

How to survive your everyday train life in Japan 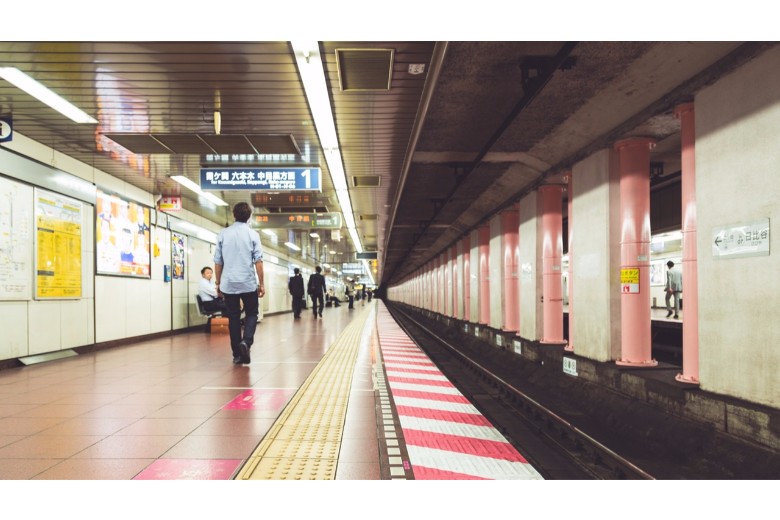 In Japan, taking the train isn’t the cheapest means of transport but it is convenient, making it a huge part of the daily life of most Japanese. It is definitely one of the best ways to experience life in Japan when you start living here.

You might find your everyday commuter life overwhelming at the beginning, but you will surely get the hang of it.

There are a few things you should get yourself familiarized with to survive your everyday commuter life.

Most trains are run by the Japan Railway (JR) company but some railways, especially in other regions, are run by private companies. Railway trains usually cover longer routes and serve most suburban areas in Japan. You also have the option to take the subway trains for routes not covered by railway trains. In Tokyo for example, the subway system is run by Tokyo Metro and the Toei Subway. Take note that a single train company usually runs multiple lines or routes with fixed ticket prices. But if you transfer to another line run by a different company, chances are you will have to pay more fee for the ticket. Whether to take the railway or the subway is actually a matter of which one is more convenient for you, considering your point of destinations. 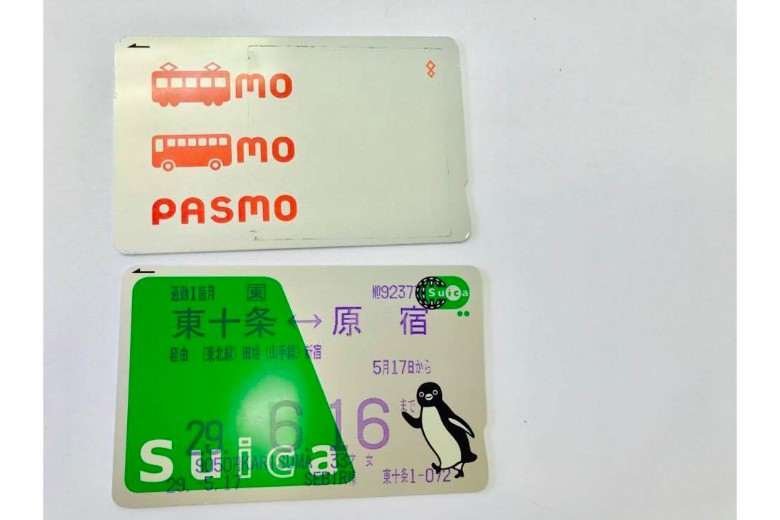 This is the most ideal way to save money for your transportation expenses. Get one of those rechargeable prepaid cards you can use conveniently to pay for your train fares among others. Japan has 10 popular IC cards including Suica– the IC card by JR trains, and Pasmo– the IC card of Tokyo’s railway, subway and operators other than JR, which you can use in almost all trains and subways in most of Japan’s cities. These IC cards are convenient to use, as you will only touch the card onto the card readers in stations’ ticket gates, and your fare will be deducted automatically.

3. Or You Can Buy a train ticket 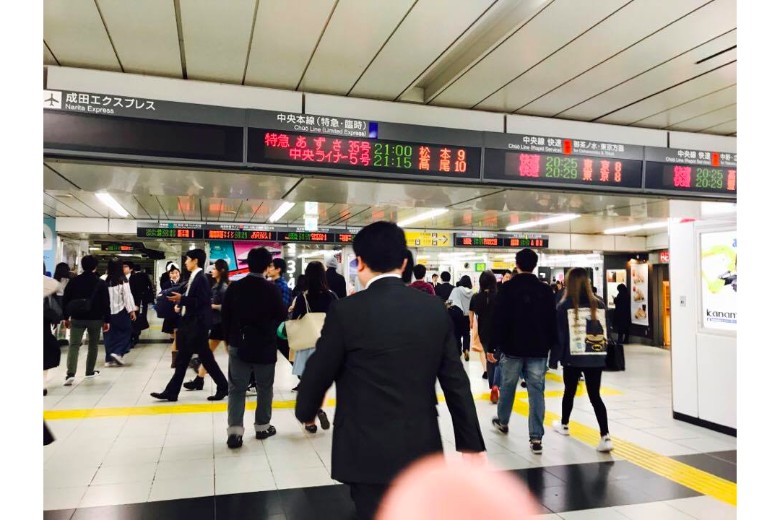 If you know which platform line to take already, buying a train ticket or “kippu” is easy. You just have to keep in mind that not all tickets work in lines run by different railway or subway companies, so when purchasing make sure to use the right ticket machine, which are mostly well-marked. However, most train stations, overwhelming already as it is, can be confusing sometimes, so never hesitate to ask where to buy a ticket (kippu wa doko ni kaimasu ka?) and how to get into your platform. Stations have customer representatives who are willing to assist if you will ask for help.

In your commuter train life, you’ll probably be closer to different complete strangers everyday than you could ever imagine, especially if you take the train during rush hours (rush hours are usually during 6:30 – 8:00 AM & 5:30 – 8:00 PM). Remember that 70 percent plus of the population are taking the trains over buses and taxis. If you can avoid the rush hour, please do, but that is unlikely, so prepare yourself for an everyday intimate moments with strangers. It is also normal in Japan for the train to be jammed-packed, which means people push each other gracefully just to insert and fit. But in due time, you’ll get used to this notion.

This video is courtesy of youtube. Credits to the owner.

5. Bring a map and a book with you

If you’re new, a simplified map of the railway and subway system might come handy. A train ride, depending on your destination, sometimes take time so a book is surely an awesome companion to kill time. If a book isn’t your thing, listening to a podcast will do. You can also find train maps in the stations especially the main stations like shinjuku and shibuya. Some offer them with English translation so be sure to grab one and it is also free! 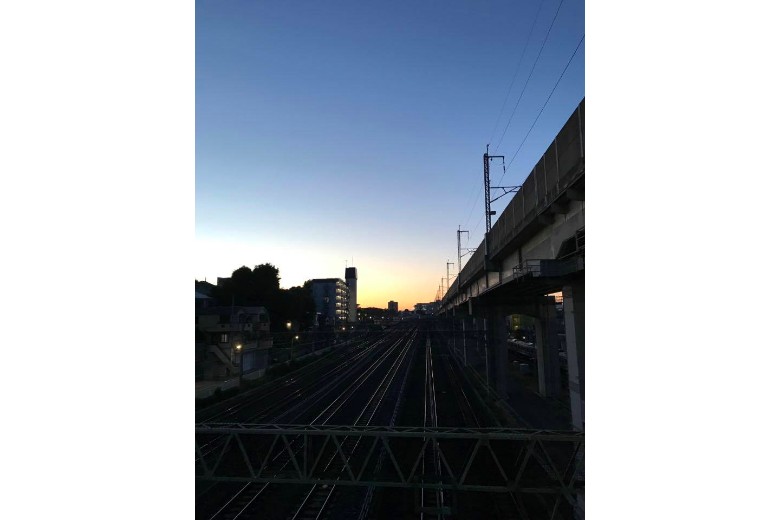 The Japanese railway systems are one of the most complex and complicated railway system in the world. To be honest, even the Japanese people still get lost at times so you don’t have to be so much frustrated if you can’t figure it all out. The best tip is to download a travel app which can suggest the navigation lines and multiple transit options for you to choose from. I personally use JAPAN TRAVEL. Without it, I’m pretty sure I won’t be able to survive the maze-like japanese railway system. 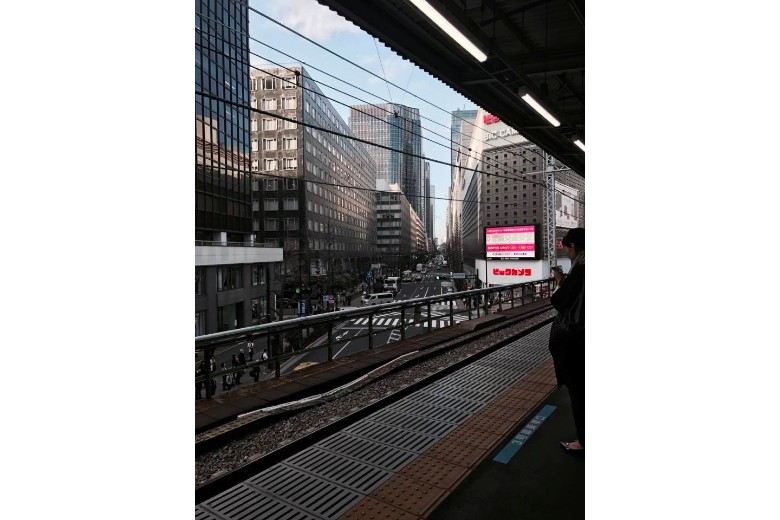 Even with all the people rushing to get on and off the train, it is still amazing how organized and orderly the local people are when lining up the platform. When I first came to Japan, I noticed that no matter how in a hurry a person is, everybody stands and waits just over the blue line which indicates where people have to wait exactly for the train door entrance. Also, it is an important reminded that people should stand behind the yellow train because it is very dangerous to stand so near while a fast-train is approaching as most platform lines do not have a barrier like the ones you can see on the Yamanote Line. Accidents happen all the time so it’s better to be careful.

Remember that time is of the essence in Japan, and you better be at your platform before your expected time of departure. Knowing the trains schedule won’t hurt, too.

Taking the train maybe the most convenient but getting on the train and securing a seat or a hand grip amid the overwhelming crowd of locals take a lot of skills, which you will eventually learn for yourself. Happy train ride and gambatte kudasai!