Vietnam Festival is Back! Japanese girls like eating Coriander! | Guidable

Vietnam Festival is Back! Japanese girls like eating Coriander!

What is Vietnam Festival?

Vietnam festival is back to Yoyogi Park! In the 10th of June and 11th of Jun 2017, there will be a Vietnam Festival held at Yoyogi Park. There will be a wide range of performance, such as weekend’s performance, starting with a folk art performamce featuring ao dai (traditional Vietnam Silk tunic). The Aodai show is at 10:00 on Saturday and the opening ceremony will follow at 11:00. Throughout the day, there will be dance and band performance on the stage for you to enjoy!

The festival takes place in Yoyogi Park Events Square, from 10:00am to 8:00pm. You can easily access to Yoyogi Park by taking the train to Harajuku.

The Vietnam Festival is intended to promote the ima(now in Japanese) of Vietnam, which means the current progress of Vietnam. More than 2million people participated in the event in the past few years, and this is the biggest festival for the Japanese and the Vietnamese to interact. Also, it is the only festival that is organized by the Vietnam government. Last year, more than 200000 people have participated in the festival, and enjoyed the event to strengthen the friendship between Japanese and Vietnamese.

The Vietnam Festival is going to reach 10th year anniversary this June. In the festival, you will be able to appreciate the traditional art of Vietnam, such as ao dai, and suijyouningyou etc. You will be able to enjoy the healthy and delicious Vietnam style cuicine. Although the food stand that are going to participate are not decided yet, you can try the Vietnam bear, Vietnam hamburger and noodle like previous year. 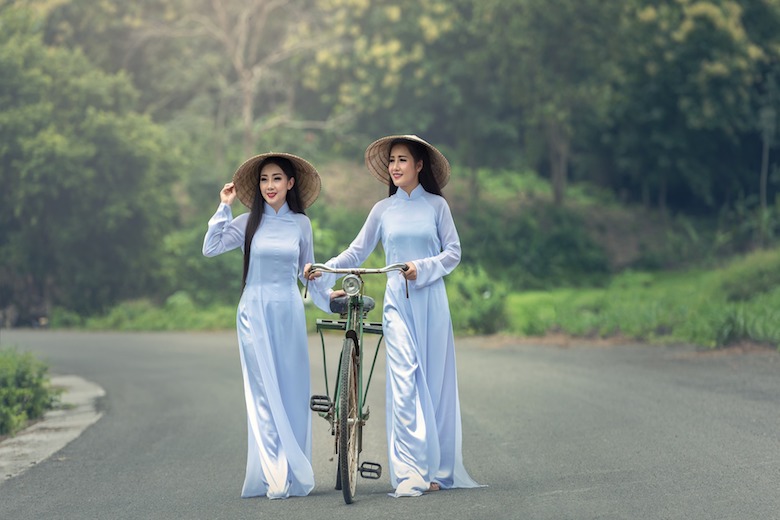 Ao dai is the Vietnamese traditional dress that leaves a deep impression on foreigners. If you go to the Vietnam festival, you will be able to appreciate the Vietnam traditional dress. In Vietnam, The female students dressed in white long robes take to streets on the way to schools or back home, or gracefully sail on their bikes along streets. Also, if you go to the office, female secretaries in delicate pastels greet you at an office door and older ladies in deep shades of purple, green or blue cut a striking pose at a restaurant dinner. However, like the Japanese Yukata are modified into more modern design, Ao dai is also transforming its style while remaining its original traditional beauty. Today, ao dai has been a bit modified. Its length is cut shorter usually just below the knee. Variations in the neck, between the boat and mandarin style, are common and even adventurous alterations such as a low-scooped neckline, puffed sleeves or off the shoulder designs are appearing as ladies experiment with fashion. Color patterns are no longer rigidly controlled and accesses to new fabrics have generated some dazzling results. In the festival, you will be able to appreciate the beauty of ao dai, uniting its traditional and modern beauty. 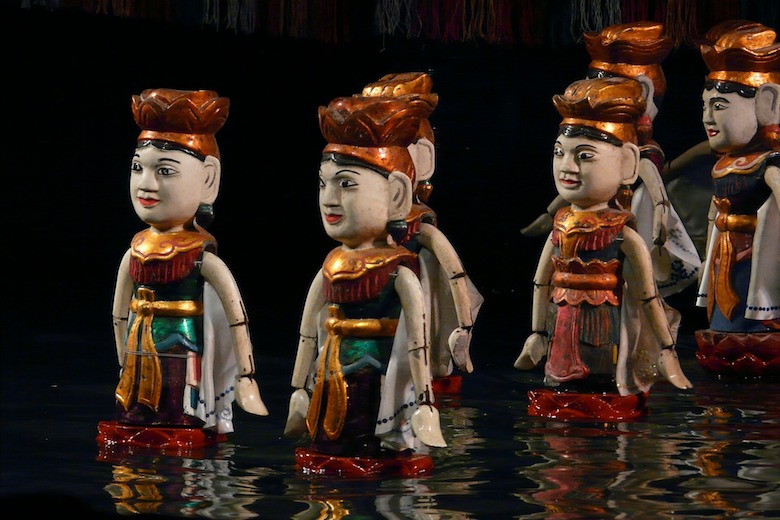 What is Water Puppet?

Water puppet is a typical form of Vietnamese art, which has existed for more than 1000 years. In many guidebooks in Vietnam, people said that “Not watching a performance of water puppetry means not visiting Vietnam yet.” And it is definitely true that most visitors to Vietnam should try to watch a performance of water puppetry at least once. If you go to the Vietnam Festival, you will be able to enjoy the performance that you can appreciate in no other places in Tokyo! When you enjoy the show, do not forget to see the design that is made by the professionals. The water puppets are made of lacquered wood and designed by the artists. When the people perform the show, the puppets stand on a round wooden plate which can rotate around it horizontal. The plate is linked with a long pole and the puppeteers will use large rods to support the puppets moving. During the show, I believe you will be surprised by the high quality technique of the performers. You will see no puppeteers, no machines or instruments, and even no controlling poles. You only watch the puppets on a water surface, which gives you a feeling that the puppets are dancing and moving by its own will and feeling. If you are going to the Vietnnam Festival, do not forget to see the show! This is the only chance for you to see it in Tokyo!

In many Vietnam cuisines, they contain coriander, that many Japanese are not very comfortable with its unique smell. For many foreigners, I believe most of you have seen your Japanese friends hate eating coriander for its smell. However, recently, there are more and more young girls who began to like eating Coriander. If you go to twitter, you would see many girls posting pictures of Coriander. So why does people began to like eating Coriander? Where does this trend come from?

One of the reasons why people began to like coriander is because of the Nuclear Incident; After the nuclear incident, it is said that coriander has the effect to purify the nuclear substance, and it has become the trend for Japanese girl who has felt nervous and insecure of their health after the incident.

The another reason is that in the fall of 2014, there are more and more restaurant that are specialized in coriander, or provide tabehoudai of coriander(which means all you can eat course), and coreander began to establish its reputation among Japanese. Maybe it sounds ridiculous to you, but the word ‘Pac Chi Jyoshi’, girls who really like coriander, became very popular among the tennagers.

Therefore, for those who think Japanese hate eating coriander, you should change your view! As Pac Chi Jyoshi become much more popular, more and more Japanese people are going to love Vietnamese Foods! Also, if you want to try the delicious Vietnamese food, do not hesitate to go to the Vietnamese Festival! 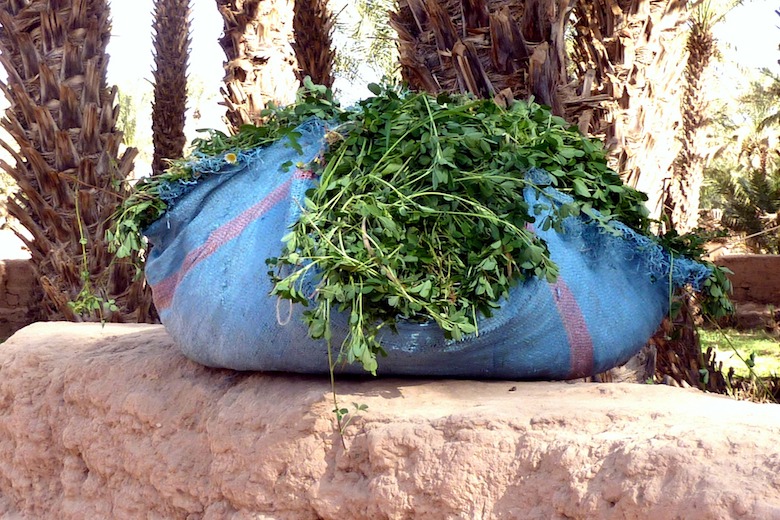