Wabi-sabi: The Japanese Way of Finding Perfection in Imperfection | Guidable

Wabi-sabi: The Japanese Way of Finding Perfection in Imperfection

If you live in Tokyo, approach a random Japanese person on the street and ask “What does Wabi-Sabi mean”? Wait, do not do it, you may scare people. If you want to know what Japanese people think about Wabi-Sabi you can read Taro Gold’s Living Wabi Sabi where he conducts this experiment on the street of Tokyo. The result he gets is just people shrugging shoulders and tell him that wabi-sabi is unexplainable. Lily Crossley-Baxter from BBC agrees with it adding that the request to explain the concepts is almost often followed by the word muri (impossible). The topic is complicated but we still want to try to explain this hard-to-understand notion (we are Guidable after all).

The concept comes from the Buddhist teaching of the three marks of existence called sanbōin that includes such things as impermanence, suffering and emptiness. Well, that does not sound very optimistic, right? Couldn’t Buddhists come up with something more uplifting like permanence, internal happiness and “fullness”? Thank god (Buddha) they didn’t because otherwise, we would not have such uniquely Japanese things as kintsugi, waka poetry, Japanese tea ceremony, ikebana and many more beautiful things that I am going to touch upon below.

A person who is preparing for the JLPT exam and an extreme kanji lover such as myself (yes, this kind of people exist) might ask, what kanji are used in Wabi-Sabi. Since impermanence, suffering and emptiness are at the core of the concept, you might have guessed that the kanji used must evoke these feelings. Originally, Wabi 侘び meant the loneliness of living in nature and far away from society. Today, the kanji is used in wabiwashi 侘しい (miserable, lonely), just wabi 侘び  (taste for simple and quiet), wabizumai 侘び 住ずまい (solitary life). As for Sabi 寂び, the original meaning was the passing of time and subsequent deterioration. The most common use today is sabishii 寂さしい (lonely; now you are ready to ace this JLPT exam). So is the term Wabi-Sabi 侘び寂び just means double loneliness, just like one loneliness wasn’t enough? No, it is not so bleak actually. 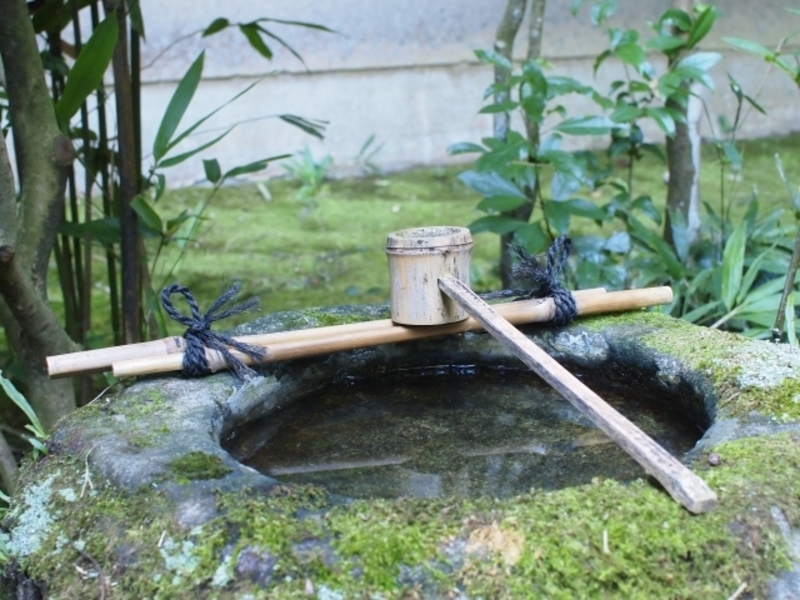 Wabi-Sabi in the Japanese Art and Life

Chinese influence had been presented in Japanese art and life for years but with the development of Wabi-Sabi, Japan fostered an aesthetic ideal of its own. The meaning of wabi and sabi had also shifted and become more hopeful and less dark. It moved from being the concept of isolation to the concept of beauty that needs to be treasured because of its fragility and impermanence. Imperfection became associated with the first step towards enlightenment. Thanks to Wabi-Sabi, the approach of the Japanese artisans had also changed. Instead of making lush and visually perfect Chinese goods, they started experimenting with subtle colors and texture. After witnessing the work of the Japanese artist, Lily Crossley-Baxter from BBC observes:

“This is not to say the maker was sloppy (wabi-sabi isn’t an excuse for poor craftsmanship), but conditions conspired to make the color and finish “imperfect.” The fact it was made in a rustic style doesn’t make perfection any less attainable, but it does draw attention to the imperfections and the natural process of its creation.”

Kintsugi 金継ぎ (golden joinery) which is the process of repairing broken pottery by mending the areas of breakage with lacquer dusted or mixed with powdered gold, silver, or platinum is often associated with the philosophy of Wabi-Sabi. In Kintsugi an artist treats the damage caused by time or a human as a part of the history of the object and by emphasizing the damaged part, he or she reflects on the fragility of life itself. So does Ikebana 生け花 (making flowers alive) by incorporating deadwood and fallen leaves in its composition. 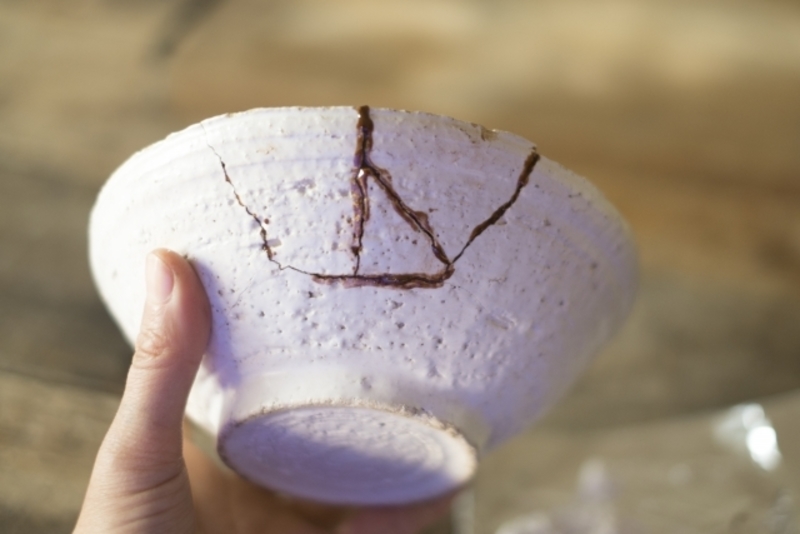 Wabi-Sabi on the West

Apart from western artists who found inspiration in Wabi-Sabi, there are some people who you would not expect to be on the list of this philosophy’s fans. One of them is Ward Cunningham, the creator of the first Wiki, he said: “The book (about Wabi-Sabi) inspired me to not worry about the possibility that things could be lost from Wiki. Impermanent indeed”. Some programmers also embrace the concept because it allows them to accept the fact that their code is not perfect and might vain over time.

Contrary to the western idea of eternity and perfection, wabi-sabi embraces the fact that life is not eternal and everything has an end, in addition to imperfection. Ironically, Japanese products are well-known for how durable and well made they are.

What do you feel when you see a repaired cup with some visible cracks left? Do you feel sad? If you do, remember that there is beauty in the passing of time and changes it brings.