Western-Style Osechi You Cannot Miss In 2021

Osechi is the traditional food that has been eaten for centuries on New Year’s in Japan, with dishes carefully chosen for their symbolic meaning to bring luck and prosperity to the new year.

Despite being Japan a very culturally homogeneous country, international influence permeates many aspects of its society, from Japanese katakana words which have originated from the most diverse languages to influences from Western clothes, music, and celebrations.

Osechi ryouri (osechi cuisine, in Japanese) is no exception.

More and more Japanese people are turning towards less traditional osechi inspired by Western and Chinese cuisine involving unconventional ingredients that don’t really carry any symbolic meaning. This has become especially popular among the younger generations who are not so fond of the “traditional way” anymore.

Let’s have a look at some of the “new generation” of osechi you can find in Japan to bring luck to your 2022! 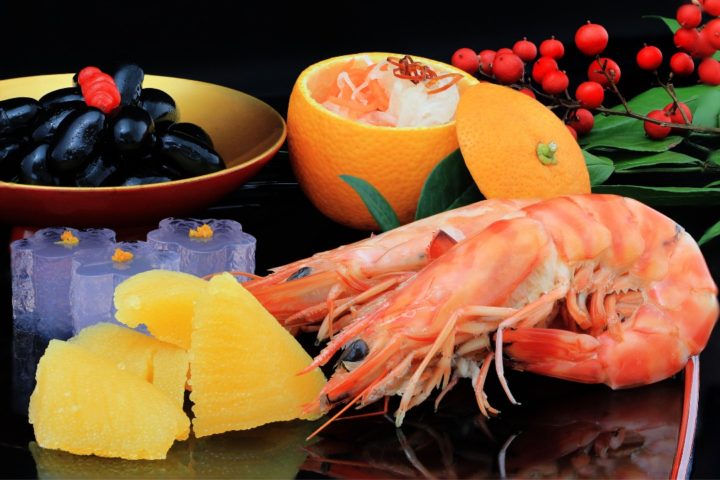 Where to Find Western Style Osechi

Osechi is definitely losing momentum but it is still an important part of new years celebrations for most families and a good number of restaurants prepare their own specialty osechi boxes that can be booked in advance directly at the shop.

Supermarkets such as Aeon, chain delicatessen store Kichen Origin and even convenience store chains have started riding the wave of osechi, offering the possibility to choose and reserve out of many different types of osechi, that include both Japanese dishes and Western foods in the same boxes.

Book your favorite bento box online and pick it up directly at a shop near to you.

High-end department stores such as Takashimaya and Isetan with locations across the whole country always offer a great variety of osechi ryouri through the dozens of retailers that are usually located on the first floor underground.

And even high-end hotels such as Grand Hyatt and ANA Intercontinental have started producing their own signature osechi boxes.

Food delivery services such as Oisix, but also big retailers such as Rakuten, Yahoo Shopping, and even Amazon are great resources to keep an eye on for new interesting osechi boxes. 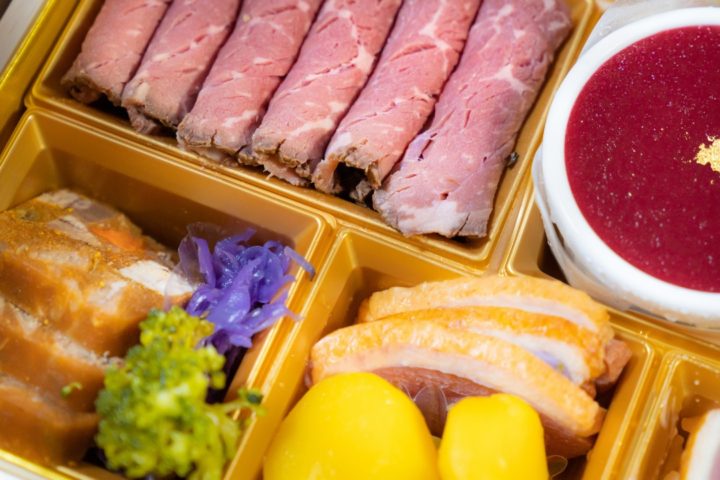 You can order one easily online and have it delivered to your door.

If you really can’t make up your mind on what kind of osechi to try, look no further.

Oisix, a food delivery and retail service that has gained popularity in recent years is currently selling a 3-tier osechi box that includes a mixture of foods. Not only does it have traditional Japanese-style osechi choices such as black soybeans and tatsukuri (candied sardines) and a mixture of western simple dishes such as cream cheese with nuts and candied fruit, seabass and eggplant cannelloni, cod rillette, but also a  selection of Chinese dishes such as shrimps in sweet chilli sauce and bao filled with Chinese style braised pork meat.

A “bistro” is a French casual dining establishment that offers simple meals in a casual setting. Inspired by the more informal French cuisine found in bistros, this “bistro osechi” by Food Studio offers a brave French-style reimagination of osechi.

Among the dishes they have included, we can find rigatoni with beef ragout, pâte de campagne, mini tortilla tacos, marinade of cured ham, mozzarella cheese, and flaky potato ajillo.

This German-style osechi by Dallmayr, a long-established gastronomic brand that has roots in Munich, Germany, features dishes made using beer along with staple elements of German cuisine such as white asparagus, sauerkraut, thick-cut ham and sausages with herbs.

The box is available for pick up at any Grand Hyatt in Tokyo.

Why Not Try A Different Type of Osechi This Year?

There’s still time to book one of these mouthwatering Western-style osechi boxes so you can start off 2022 by fulfilling your Western food craving while spending New Year’s embracing a Japanese tradition!