Your Next Vacation: The Obon Festival 2020 | Guidable

Your Next Vacation: The Obon Festival 2020

What do you know about your next vacation in Japan 2020? It’s Obon (お盆) – an annual Buddhist celebration for one’s ancestors to be honoured. It’s this time of year when Japan suddenly becomes peacefully quiet, trains get empty, and cemeteries begin to bloom with flowers. It is believed that during the festival, the spirits of the ancestors return to this world to visit their relatives. 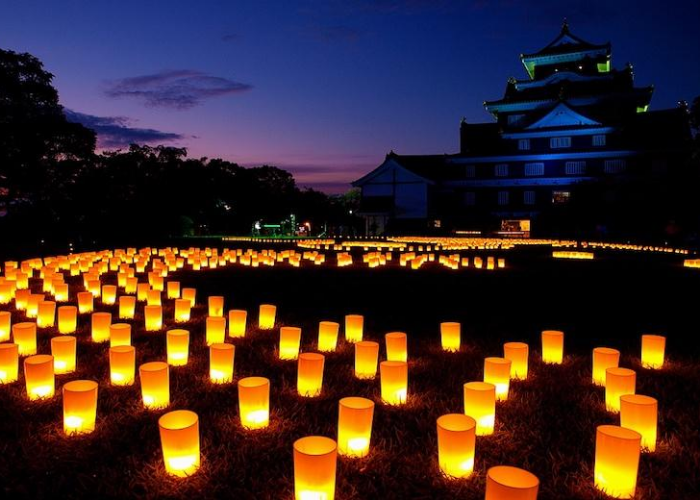 The Obon Week in mid-August (13th to 15th) is one of three major holiday seasons (with New Year and Golden Week) in Japan. However, it’s not going to be shown in red on the annual calendar because it’s not an official national holiday. Still, in fact, Obon is everyone’s summer holiday, and most companies can take a few days off.

The origins of Obon Festival

The Festival of Buddhist Obon has been celebrated for over 500 years. It has its origins in the Maha Maudgalyayana (Mokuren) tale. He was a Buddha disciple who used his abilities to see his deceased mother’s spirit. He realized and endured that she had fallen into the world of hungry ghosts (hell). 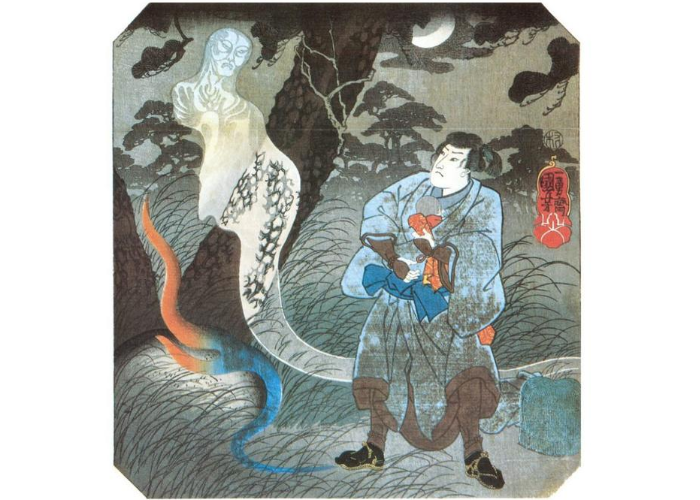 Buddha recommended that Mokuren make offerings to the Buddhist monks. He followed the advice of Buddha on 15th July and liberated his mother from her misery. Mokuren danced with joy – which is the inspiration of the Obon dance.

Obon begins with the so-called mukaebi tradition (welcoming fires), during which people make a bonfire in front of their front door to direct the return ways back home for the spirits. 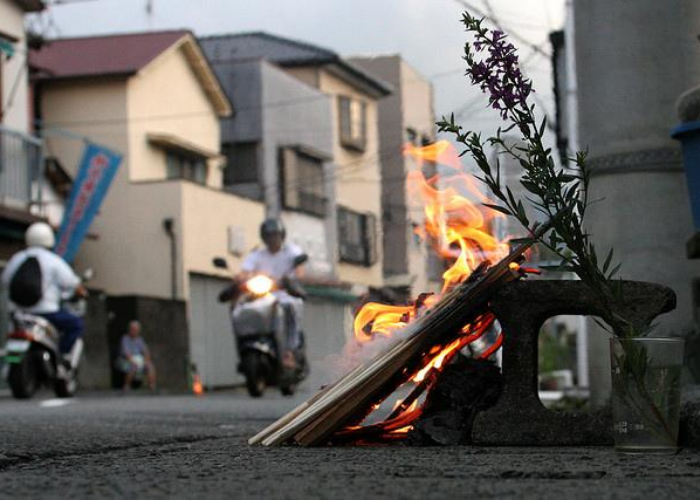 Often part of the early planning stage is the decoration of the deceased’s altar with small memorial tablets, fruits, flowers, and Japanese sweets — a custom used to give late loved ones things that they enjoyed in their lives.

Although mainly practised recently in rural areas, some regions will also be preparing horses made from cucumbers and cows made from eggplants with wooden sticks for four legs. The meaning behind it is that the horse will help spirits return home as soon as possible while the cow will take them back to heaven after the end of the festival. 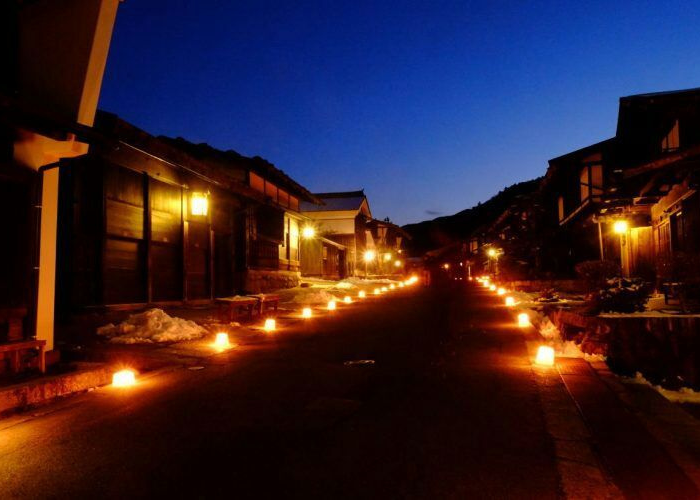 Many Japanese people also begin the Obon festival by visiting the cemetery to clean up the grave of the family and pray for their peaceful life in another world. They call this custom ohaka-mairi. 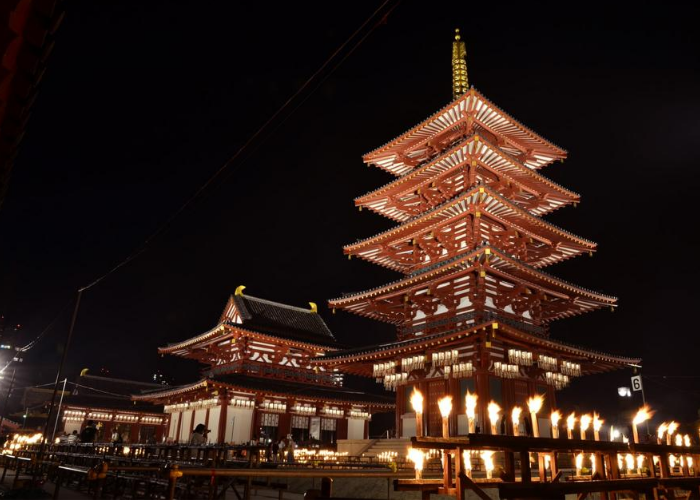 On Obon’s second and third days, Japanese families will invite a Buddhist priest (or visit a temple or shrine) to recite a sutra and perform a memorial service called Hoyo or Kuyo in Japanese. They will have lunch and share old tales together after the recital. The meal is completely vegetarian, called shojin ryori, and typically includes stewed beans, spinach with soy sauce and sesame, or pickled cucumbers.

Obon ends with another bonfire lighting up the sky, which meant seeing the spirits of the ancestors off to the netherworld. Japanese will also organize Bon-Odori dances, which were initially performed for the deceased, but they have become a symbol of summer festivals themselves in recent years.

Gozan Okuribi (or Daimonji) in Kyoto is regarded as one of Japan’s most celebrated bonfire festivals.Kyoto will set five spectacular fires in the mountain flank during Okuribi, to allow it to be visible from a long distance. This Kyoto festival attracts thousands of visitors every year. 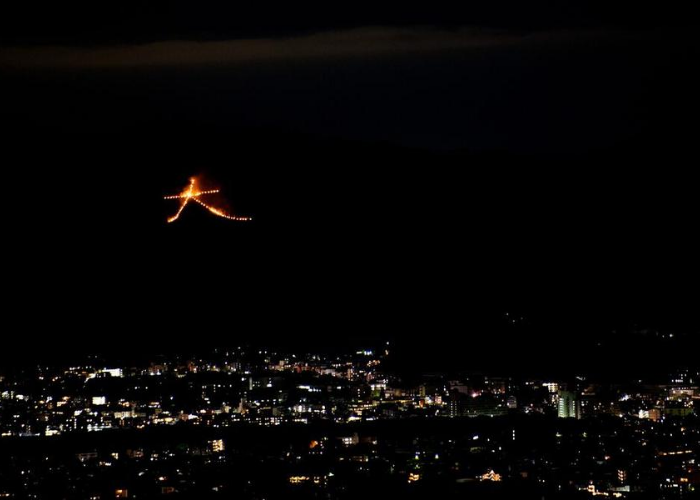 Although Japanese people are considered to be quite non-religious, and festivals have become more related to entertainment than tradition, Obon is one of the few events in the year that focuses on the importance of spending family time together and returning to our roots. 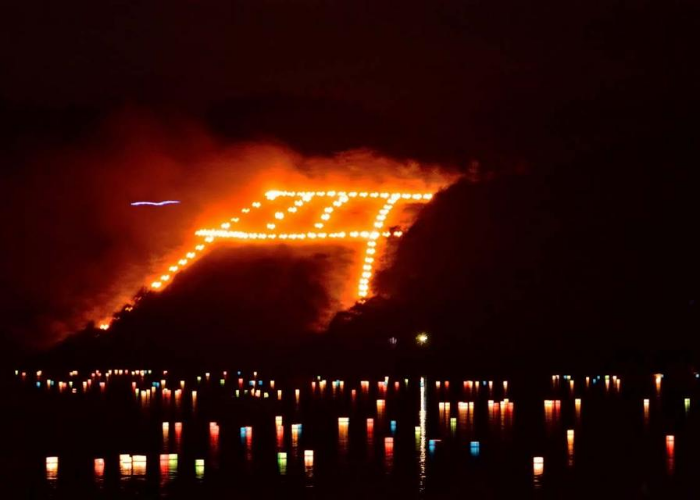 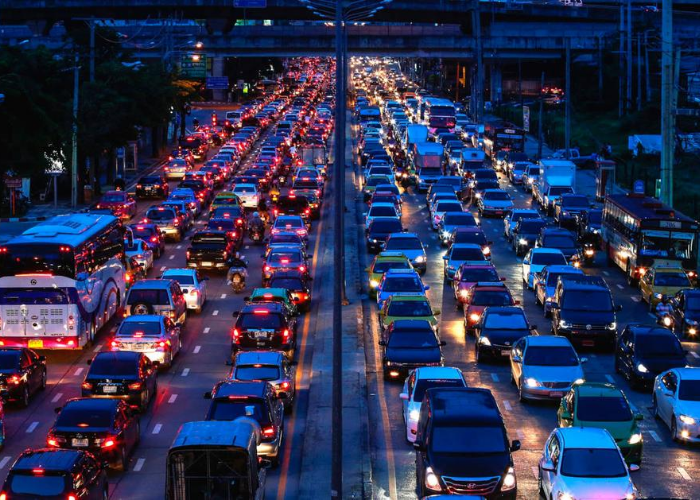 The Obon travel season peak is expected to take place between August 8 and August 16 in 2020. The busiest days will indeed be August 8, 12 and 13 with people leaving big cities and August 15 and 16 with people returning to big cities.

With the spreading of the CoronaVirus at the moment, the Guidable team recommends you to wear a mask and practice social distance while going out and enjoy the festival!