Chilling Haunted Houses in Japan That Will Keep You on Your Feet! (Part 1) | Guidable

Chilling Haunted Houses in Japan That Will Keep You on Your Feet! (Part 1) 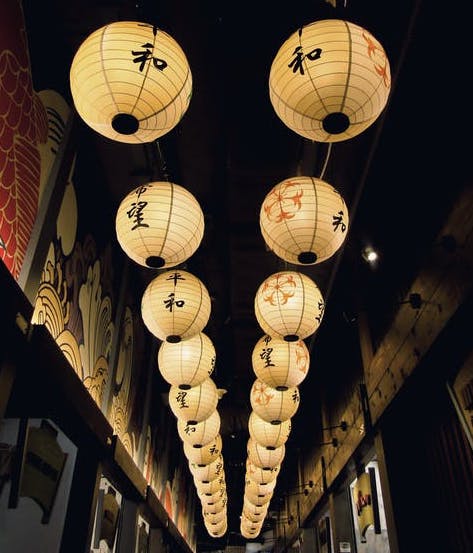 When it comes to scary things and Japan, foreigners might be familiar with famous Japanese horror films like The Ring or The Grudge, which made the image of a pale white girl with long black hair wearing a long white dress an image that stuck is inside a lot of people’s head. However, those horror films only exist inside the television, and as scary as it may be, the girl from the well cannot crawl out of the tv to haunt you. So what should you do if you want to experience real terror? What if you’re going to experience the thrill like the characters in the movie?

Well, if an answer is what you are looking for, then this article is just the one for you! In this article, I will be telling you about three haunted houses in Japan that will give you that real chilling experience!

Let’s see which chilling haunted houses in Japan made the list!

The list is composed of haunted houses that are around or not too far from Tokyo, the capital of entertainment in Japan. Don’t get too spooked by the haunted houses listed below!

1. The Labyrinth of Fear in Fuji Q Highland 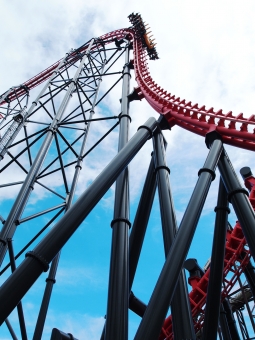 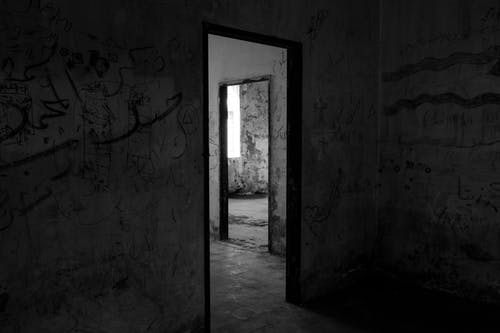 When you see the word “Fuji”, you probably think about the aesthetically pleasing view of the beautiful snow-capped Mt. Fuji, or maybe the hills of seasonal flowers near the mountain. A contrast to that calming view, however, is the Fuji Q Highland. This amusement park is located in Yamanashi prefecture, and you can enjoy the thrilling rides as you watch Mt. Fuji!

Fuji Q Highland has earned its popularity through its famous crazy roller coaster that would make your stomach turn upside down and down-side up – the Dodonpa! How stupid is this roller coaster? Well, this rollercoaster is, in fact, the world’s fastest rollercoaster! Many tourists from all over the world, and also Japanese people themselves, came to this amusement park to experience the thrills and other attractions that this park has to offer each year. Nonetheless, other than the screams from the wild rides, you might be able to hear the shouting from another attraction of the park. That’s right; those screams are from the Super Scary Labyrinth of Fear – the haunted hospital that holds the world record of being the second most extended haunted house!

The haunted hospital is a long horizontal building, designed to look old and in an almost-crumble-down state, with grey and black paint and cracked windows. The building has an equally old fence around it, with lines of barbwires on top of the wall. Warning signs and bloody letters could be seen around the building. To kick things off, greeting you in front of the gate is a staff dressed in a blood-splattered nurse gown. Another fun feature about this haunted house is that you can buy a charm before entering from a vending machine. A charm or as called in Japanese as “omamori” is advertised that it could help weaken the “spirit’s power” that are present inside the hospital and make the experience less scary for those who might not feel so ready for the all the ghosts and ghouls.

To make sure everyone knows about the rules and other information, a video will be shown to the visitors before entering. Once you enter the hospital, it is advised that you keep walking without stopping and don’t run back to the entrance where you came from. Don’t worry though, because this is a long journey if there is an emergency you can always use the escape route that is clearly stated.

As the name suggests, everything inside the building is hospital-themed; from the different rooms (x-ray room, treatment room, long hallways with doors on each side, etc.). Just think of the fear you might have as a child when you go to get a shot at the hospital, but triple it with old, wrecked items of furniture, hospital equipment, eerie hallways, chains, and, of course, corpses. 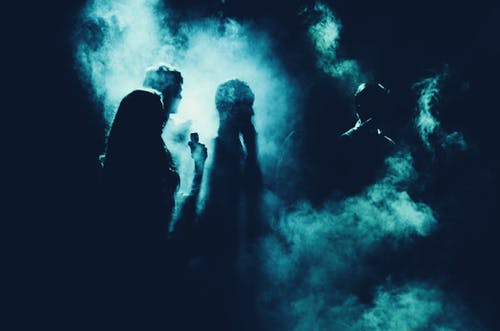 The scariest part of it all might be the fact that a real event inspired this haunted house. The story says that in the past, doctors in a hospital near Mount Fuji was illegally selling patient’s internal organs and throwing the bodies away near the area, creating a spirit hotspot. It is also said that the spirits of the dead came back to haunt the doctors that did them wrong in the living world.

If you are prepared to take the long haunting journey, 900 meters to be exact, inside the Super Scary Labyrinth of Fear haunted hospital of Fuji Q Highland, here are some information!

*Ticket price fluctuates and depends on seasons and hours 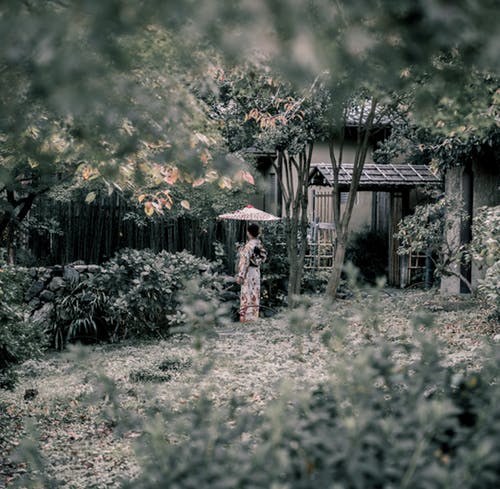 Tokyo Dome City, or as some people might have known as its nickname “Big Egg”, is a tourist site with a different attraction. The Tokyo Dome is a large stadium where sports, concerts, and other events are held. The dome is capable of holding up to 55,000 people, and popular events are held annually inside this building. Other attractions include amusement parks, restaurants, spas, event halls, shopping sites, and more! You can read more about Tokyo Dome City in an upcoming new article. Nonetheless, if you feel like the thrill from all the rides is not enough from you, then Onryou Zashiki is the perfect attraction for you.

Opened just last year, in  April 2018, Onryou Zashiki is a haunted house with a “traditional Japanese” theme. “How traditional is it?”, You may wonder, well, you can have a taste of the traditional Japanese culture from the very beginning of the journey, because you have to take off your shoes before you enter! Red lockers are located in the first area that you walk into, and is the place that you keep all your shoes. Don’t worry if you don’t know Japanese; the staffs will guide you through the basics of the haunted house.

The name Onryou Zashiki translates to “revengeful house spirit”, with the world “Onryou” meaning “revengeful spirit” and “Zashiki” meaning “room” and usually associates with spirits that reside in a house.

This traditional Japanese themed haunted house has a particular storyline. The story says that a horrible death of a wife killed by her husband and buried underneath the house causes the house to be filled with curses. The vengeful spirit of the murdered wife creeps out from the floor to haunt anyone who dares enter the house. Without your shoes, your feet are fully exposed to the haunting floors of the house, adding another fearful factor to the experience. Inside the haunted house, you will have to solve a mission in regards to a woman named “Yoko”, who you will meet inside. Don’t worry; she is not there to scare or jump at you – Yoko is a Japanese woman mannequin, sitting on a bed. I will not spoil you with who she is, but she is the critical character of your mission. 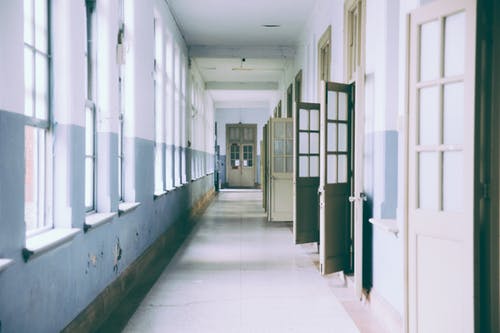 Odaiba is an artificial island located in Tokyo. It has many exciting and unique attractions, from a replica of the Statue of Liberty, to the long rainbow bridge, to the enormous unicorn Gundam standing strong and tall in front of Diver City Tokyo Plaza. You can read more about Odaiba and interesting tourists attractions here.

One of the most significant attraction with diverse entertainment in Odaiba is DECKS Tokyo Beach. The area includes four different types of entertainment; an amusement park called “Tokyo-Joypolis”, Legoland Discovery Center, Madame Tussauds Wax Museum, and Tokyo Trick Art Museum. Each attraction has their fun and unique characteristic and activity that you can enjoy.

An attraction that we will talk about in this article is the Daiba Haunted School located in the DECKS Tokyo Beach. This haunted school is opened from 11 a.m. to 9 p.m.

The outside of Daiba Haunted School is decorated to look like a traditional Japanese school, with the small gate in front and the rustic wood. The only difference would be the amputated body hanging on the side of the haunted house, wearing a traditional Japanese yukata, with messy long hair, and a battered face with chilling eyes that always stares at you. The story behind Daiba Haunted School is that after a young school girl committed suicide, her spirit came back to haunt her classmates to follow the same path. Corpses start to pile up as the number of dead students rises, to the point where the principle of the school decided to commit suicide, leading to the school getting closed. The mission of the visitor is to go inside the school and give offerings to the unsettled spirits so that they could move past their painful memories at the school. The offering is a bonfire, and the visitor has to go deep inside the school to reach the point.

Before entering, the staff will inform you about the rules, one of which is that you can not stop walking at any point inside. If you genuinely want to return before finishing, you have to say a safe phrase, and after saying this, the staff will lead you out of the haunted school. Don’t know Japanese? No worries! The crews can speak in English, and even the videos played inside are in English.

Inside, you will have to go through different paths before reaching your destination. Although this may sound simple, the dark pathways, constant eerie sounds, and creepy children laughing, along with hanging corpse and other scary props, might trick you and cost you to lose the path that you are supposed to take. You will be given a flashlight before entering to navigate the dark rooms and hallways inside of the school.  However, the journey does not last long since the pathway is quite short so that the whole trip may take only 10 to 15 minutes. Will you be able to save the miserable spirits inside this haunting school?

Are these Chilling Haunted Houses in Japan Keeping You on Your Feet Yet? 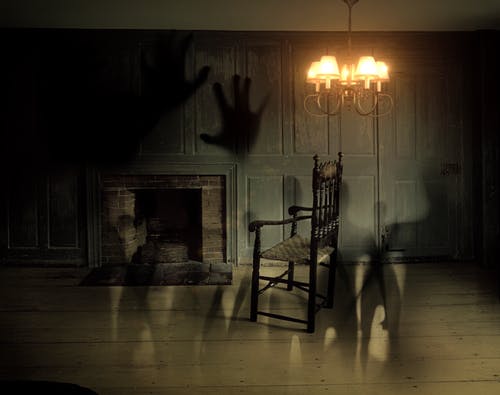 These haunted houses in Japan have their unique feature and spooky factors that attracts both foreigners and local tourists who dare to try experience the fun and adrenaline rush that they crave.

Are these haunted house/hospital/school giving you goosebumps? Don’t worry if it does not, because we have more coming! Be on the lookout for our second part of the “Chilling Haunted Houses in Japan that Will Keep You on Your Feet” sequel, where we talk about more haunted houses and…haunted real escape rooms? Don’t miss it!