An Introduction to Japan’s Invite-Only Restaurants 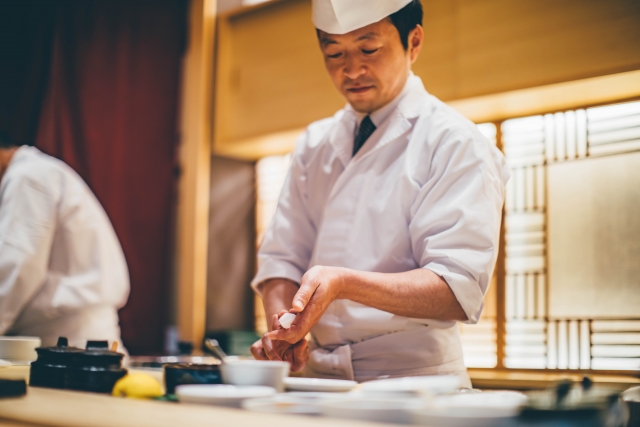 Did you know that Japan has a lot of restaurants that are technically not open to the public? In Tokyo, many of these manifest in exclusive sushi restaurants, kaiseki (懐石料理, traditional Japanese multi-course dinner) or secret bars. In Kyoto, they are present in member-only ochaya (お茶屋, literally “tea house”) establishments where Geisha entertain customers. Some of them are easier to get an invitation, and some are downright impossible, are you up for the challenge?

Some of The Most Famous 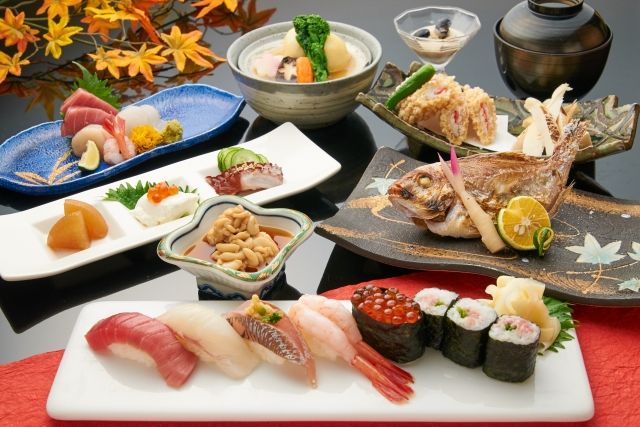 Matsukawa is a contemporary kaiseki restaurant in the Akasaka area. Its popularity may be well deserved, as reflected in its position on Japanese restaurant ranking site Tabelog. At the time of writing, Matsukawa takes an impressive 3rd place nationwide behind Nihonbashi-Kakigaracho Sugita (another invitation-only restaurant to feature later) and reservation-based Tempura Niitome. Matsukawa follows the Japanese kaiseki traditions with highly revered flavors and dishes using fresh, seasonal produce. With only seven places at the counter, Matsukawa is extremely exclusive and only accepts guests on an introduction-only basis. Once introduced, reservations are to be made three months in advance, so you can only hope to keep an empty calendar.

Sugalabo is run by French-inspired and Iron Chef Japan participant Yosuke Suga. He believes communication is the most important thing in making a restaurant’s patron feel comfortable. One of the ways he keeps up this personalized service is by updating a list of clients’ food restrictions and preferences. This service is why he caters to regular customers only and askes that regulars accompany new-comers to the restaurant. This limitation is one method he utilizes to make the reservation system easier and keep exclusivity for regular customers. Furthermore, the restaurant is only open when the owner decides and closes when the staff travel, which makes it even more difficult to snag a reservation!

Some of the Most Hidden

Although Mibu is one of the most famous member-only restaurants, it is also one of the most hidden. There is no menu, no opening times, no website, and the phone is often left ringing. To get in for a dining experience at the exclusive eight-seater only Mibu, you have to be invited by a member. Members are invited to choose one night per month per year to dine, and they are permitted to invite seven guests. This is what makes it something of a members-only restaurant legend. The head chef Hiroshi Ishida’s dishes are said to bring diners’ to tears; they are that delicious, they say.

Did you know there is a secret restaurant in Tokyo Disneyland? The very exclusive Club 33 started at the Disneyland Resort in Anaheim, California, and has since opened in Disney resorts throughout the world. Tokyo Disneyland Club 33 is an even more exclusive members-only club situated somewhere in World Bazaar. The US Club 33 is said to have a 14-year waiting list, but Tokyo Disneyland is near impossible to join as most of the memberships are corporate accounts. They are not even accepting applications, and the only way for you to join is to be invited by a member.

Not being limited to exquisite décor and food, the club also offers other benefits such as exclusive gifts that can only be purchased there. Your coffee cup, for example, can be taken home for a price of around ¥16,000. And it’s also worth a mention that Club 33 is the only place in Tokyo Disneyland where it is possible to drink alcohol (across the way, Tokyo Disney Sea, of course, does serve beer.) 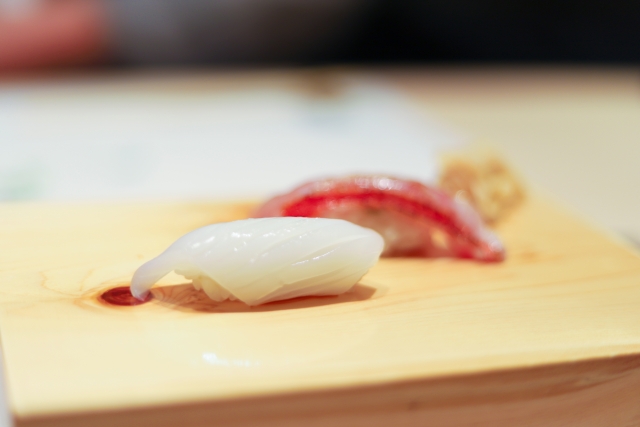 One Michelin star restaurant Nishibashi-Kakigaracho is an exclusive sushi restaurant, which is not strictly invitation-only, but it may as well be. It technically does accept phone reservations. Still, all the places for the following month are generally booked up by regular clients during their visit, so it is almost impossible to get a reservation unless you are invited by a regular. Even regulars have difficulty getting bookings as it is nearly always booked solid throughout the year.

Sugita has an Edo feel to it in the décor of the restaurant and the style. The course available includes five to eight appetizer dishes with eleven to twelve nigiri afterward, what a feast! The signature dish is a seaweed-wrapped norimaki roll with mackerel, pickled ginger, and shiso.

Sukiyabashi Jiro, sometimes called the “world’s best sushi restaurant,” is famous for being the exclusive restaurant where Barack Obama dined with Japanese Prime Minister Shinzo Abe in 2014. There has even been a documentary about the famous restaurant named “Jiro Dreams of Sushi,” released in 2011. It has continuously received three Michelin stars since Michelin launched it’s  Tokyo edition in 2007; however, it now carries the stars no-more. Sukibashi Jiro was recently stripped of its three stars when it upped its exclusivity to invite-only. As it is no longer open to the public, Michellin can no longer support its stars. The restaurant that can only seat ten people at a time has become so popular that it can no longer accept public reservations.

The owner Jiro Ono is still serving sushi, and he is now into his 90s! Many famous stars such as Hugh Jackman and Katy Perry have had the opportunity to meet the chef and dine at Sukiyabashi Jiro, but it doesn’t look like the ordinary public will have the same chance any time soon.

Sushi Saito is an eight-seater sushi restaurant situated in the Ark Hills South Tower, Roppongi. The restaurant has a strict members-only policy, and even after invited, it is required to dine with one of the regulars for several months before being able to make bookings directly. Three Michelin stars, which were awarded to the restaurant in the 2019 guide were removed in the recent edition as the restaurant became members-only, similar to Sukibayashi Jiro.

Chef Saito serves seasonal dishes such as monkfish liver (ankimo), nigiri plates, which may include cuts of akami, chu-toro, and o-toro tuna and to finish off some uni. It is known the chef adds more salt to the rice, which is prepared with mild red vinegar and serves slightly smaller nigiri than other restaurants.

What is Served at these Members-Only Restaurants? 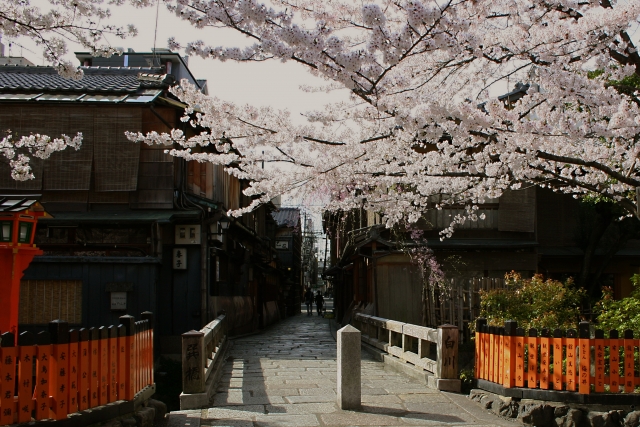 As is apparent, many famous invitation-only restaurants, especially in Tokyo, are those that serve sushi and kaiseki. There are, however some other areas of cuisine with members-only restaurants.

In Kyoto, it is well-known that there are a large number of shops and tea houses (ochaya) where walk-in or first-time customers have declined entry if a regular customer does not introduce them. These establishments are known as ichigen-san okotowari (一見さんお断, invitation-only, or more literally一見さん: first-time customers without an introduction, お断り: not accepted) are decreasing in number but do still exist in Hanamachi (花街, districts where Maiko and Geiko work).

An example is Ichiriki Chaya, one of the most famous tea houses in Kyoto. It is located in Gion, an area where Maiko and Geiko entertain guests. Ichiriki is an exclusive establishment with over 300 years to its name, and it strictly invitation only. It was brought to fame through the story of the 47 Ronin samurai tale in which Oishi Kuranosuke spent several nights at the ochaya and also through its feature in Arthur Golden’s book Memoirs of a Geisha.

Another example of a different members-only restaurant is Kyobashiya Curry in Ginza, Tokyo. The restaurant first started as a non-smoker only establishment as the chef of the restaurant has multiple chemical sensitivity, especially towards tobacco. New sensitivities the chef has gained over the years mean that the restaurant has stopped accepting new members and states so in the sign outside that asks customers to please not open the door. At least with Kyobashi Curry, it is possible to ask for a take-out order so you can still taste the exclusivity of the restaurant in your own home.

What makes members-only restaurants unique is their exclusivity, fine-dining experiences, and delicious meals. You might be wondering, what can you do to get into such an exclusive restaurant? Well, even without the connections, there is no harm in trying. It’s said that one way into some members-only restaurants is to stay at a prime hotel and have the concierge attempt a booking. You will still need to contact the concierge many months in advance and give them your credit card details, which they need to ensure you don’t cancel at the last minute.

If you are ever gonna be lucky enough to snaggle an invitation, here are some seemingly apparent tips. First of all, it is essential to be on time. Many restaurants start serving the food when all guests are present, and it would be rude to keep the regulars waiting. Set off with time to spare as many member-only restaurants are not sign-posted and are difficult to find. Don’t forget to ask if it’s okay to take photos; many don’t allow it to keep up the exclusivity. Finally, bring cash; credit cards might not work.

Which members-only restaurants do you aspire to try out? Do you have any recommendations? Have you been to an invitation-only restaurant? Or maybe a bar? We would love to hear your experiences in the comments. 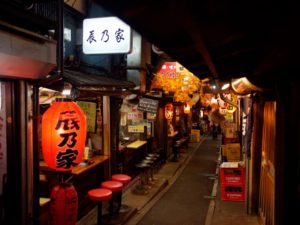 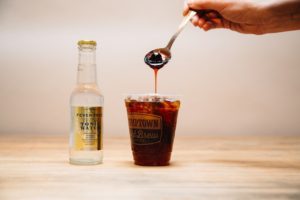 Facts about unique foods you must try in summer in Japan! Which is better new menu or traditional food?
Jul 02, 2017 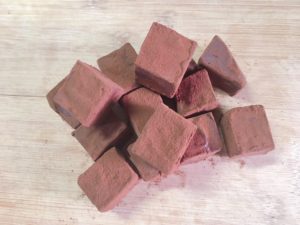