Back in your home country, you probably have desserts you always look forward to after meal, like pastry, pudding, as well as, traditional sweetened rice cakes. In Japan, one of its well-known desserts is a type of traditional rice cake called mochi.

Mochi, made from pounded mochigome or polished glutinous rice, nowadays are enjoyed as daily treats. However, back in the early times, mochi was made as an offering to the gods (Kami sama) at shrines and temples, and afterwards shared among the people present during the ceremony. Mochi is also considered a home to inadama or rice spirits themselves, that people believe those who eat mochi will receive strength and good fortune from the spirits.

Eventually, mochi became a staple food during New Year festivities, and this tradition is still practiced until today. In fact, Japan’s mochi tradition includes the kagami mochi. It is a New Year’s decoration made with two big mochi cakes that is usually displayed at Japanese homes until the mochi-breaking ceremony, when families eat the mochi together. Back in the Philippines, a traditional sweet rice snack similar to Japanese mochi is called tikoy, which is also usually eaten during the Chinese New Year celebration.

How mochi is made 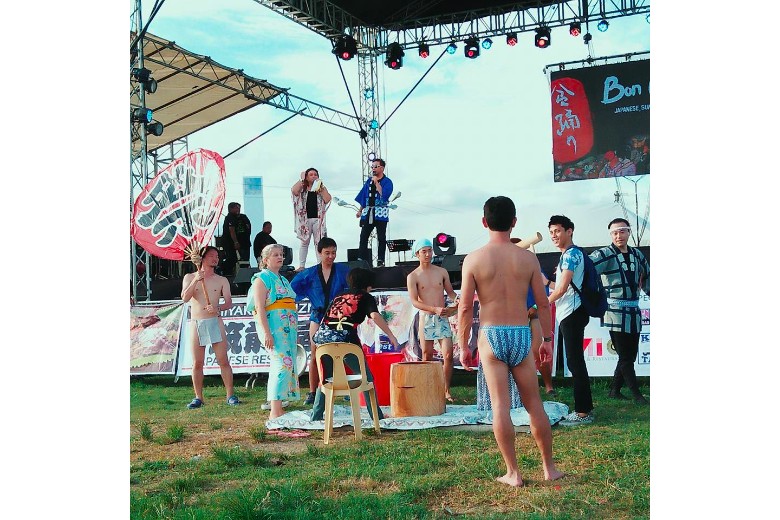 Mochitsuki, which means mochi pounding, is the traditional method of making your favorite mochi. In this method, whole rice grains is soaked in water overnight and cooked until it is soft enough to be placed in a large bowl of wood (usu) and to be pounded using a wooden hammer (kine). I have seen how mochitsuki is done during the annual Bon Odori festival in Cebu, Philippines. The pounding usually is done by a group of people and takes up hours until the grains become soft and sticky paste.

What are the mochi varieties 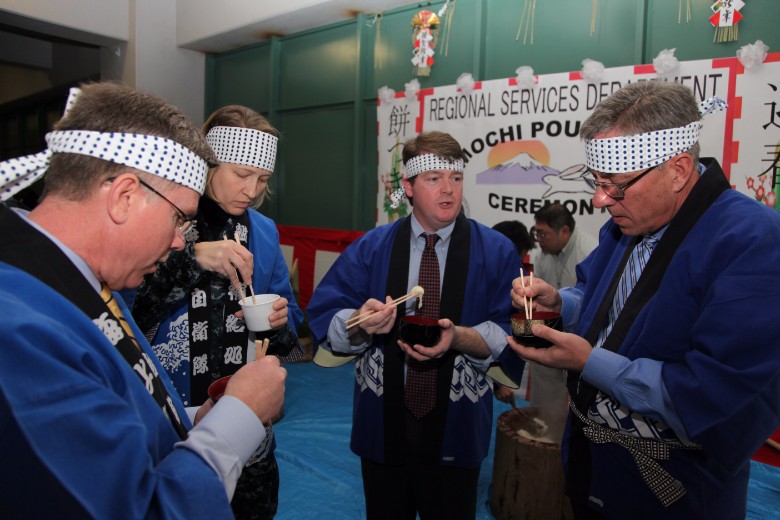 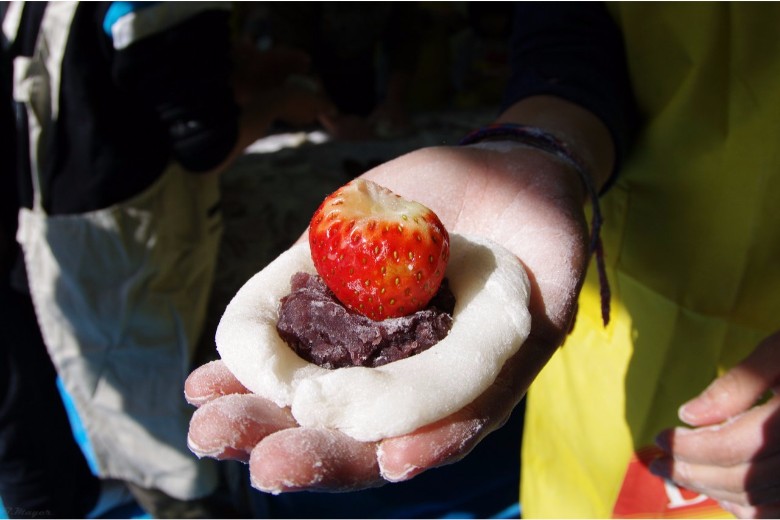 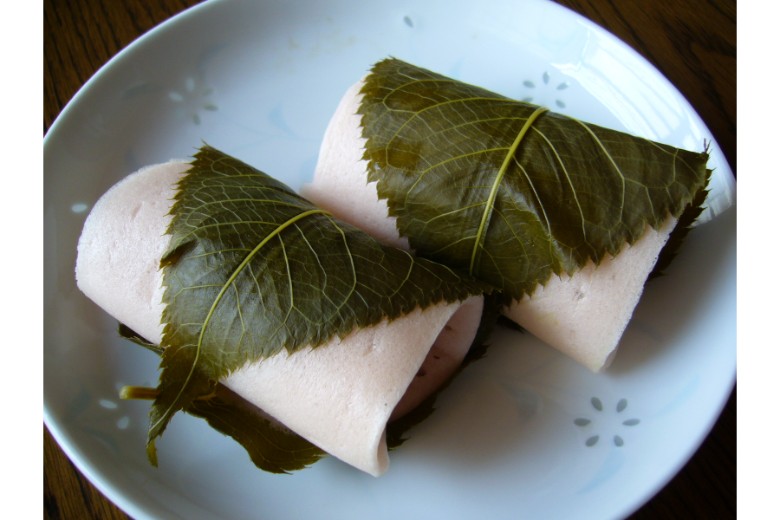 Or the sweet and salty cherry blossom mochi is recognizable because of its light pink color and pickled sakura leaf wrapped around it. Sakura mochi is enjoyed during the hanami season and Hinamatsuri (Girls Day) festival. 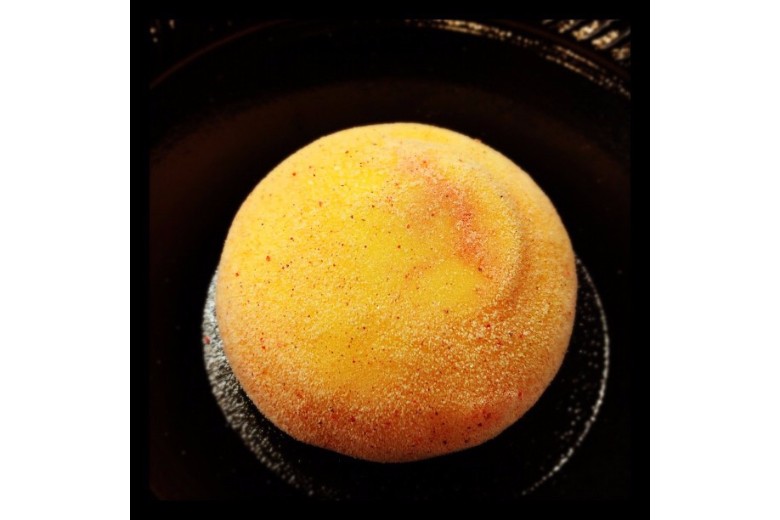 Mochi ice cream is surely a must-try before it melts. You can’t miss this!

There are other varities of mochi that you can find and try out while you are in Japan. If you are in Tokyo, you can check out the Mochi and Japanese Tea Cafe Gekko that offers fresh Japanese rice cakes daily. Enjoy your sticky delights!