Advice from your Senpai: Join a Music Group in Japan!!! | Guidable

Hi guys, I had an opportunity to interview Fitz, an exchange student in Sophia University who is staying in Japan for half a semester.

Fitz is an exchange student from the Philippines, and he is engaging in several clubs in his school – Sophia University. He is studying Business Management and on top of it, Japanese language and pop culture. In this semester, he has joined International Student Exchange clubs called Longwave and Siesec. He is also most active in an American Pop Music Circle Amemyuアメミュ. So let’s take a look at his activity in his music circle!

How’s your activity in Amemyu?

‘The circle gave me band members; drummer, bassist and guitarist. We practice every week since May. And we had a performance three weeks ago near Yotsuya Outbreak, a bar in Yotsuya, and I invited my friends. ’

He practices one hour and 30 minutes a week.

Before he came to Japan, he considered himself as an indie musician.

He is an independent musician, and he had written original compositions. He wrote one song in japanese and performed in a bar in Yotsuya.

It was easy for him to find the club after he signed up and made them listen to the few songs he wrote, he found his band members through the circle.

“The band members are all nice but only one of them speak English, so I have to practice my Japanese. It was hard for me to explain what I want. For example, when I want this part to be quiet, it was difficult for me to elaborate. Sometimes his senpai helps him to translate his expressions. 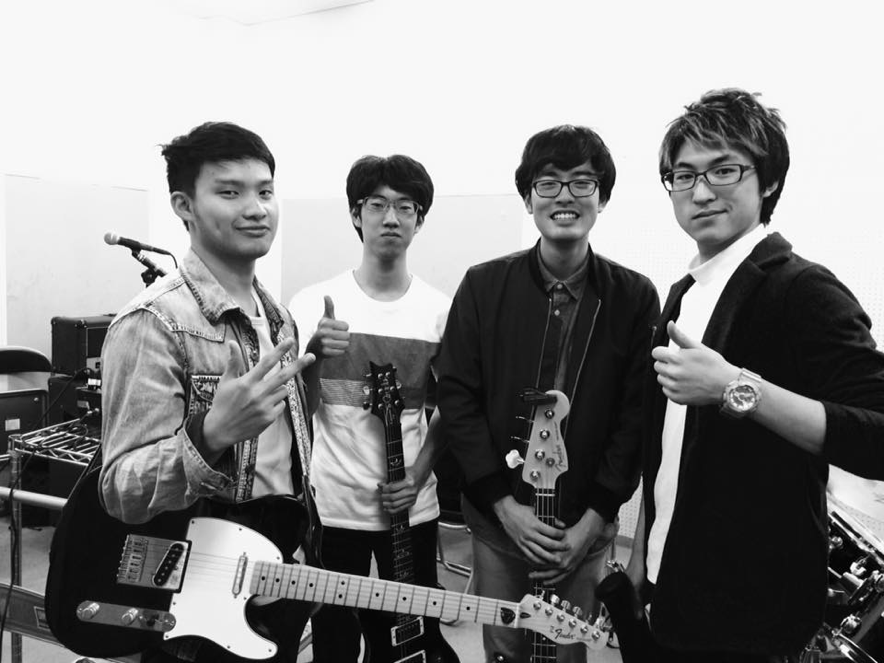 Why did you choose to come to Japan?

‘I am actually Half Japanese and lived in the Philippines all my life, so I’m not fluent in Japanese, so I wanted to learn the Japanese language and culture.’

He said that at home he speaks English and Filipino, and when he was in his home country, he only interacted with few Japanese, so when he came to Japan, he had more opportunities to study the Japanese culture.

What’s your impression about the japanese people?

‘It’s fun to talk to Japanese people, but most of  Japanese are reluctant to talk to gaikokujin(foreigners).’ He said that the students in his university are different, as they are more encouraged to talk to international people. However, it was harder for me to talk to people outside the University. Sometimes people would mistake me as a local japanese and would ask for directions because of how I look.’ 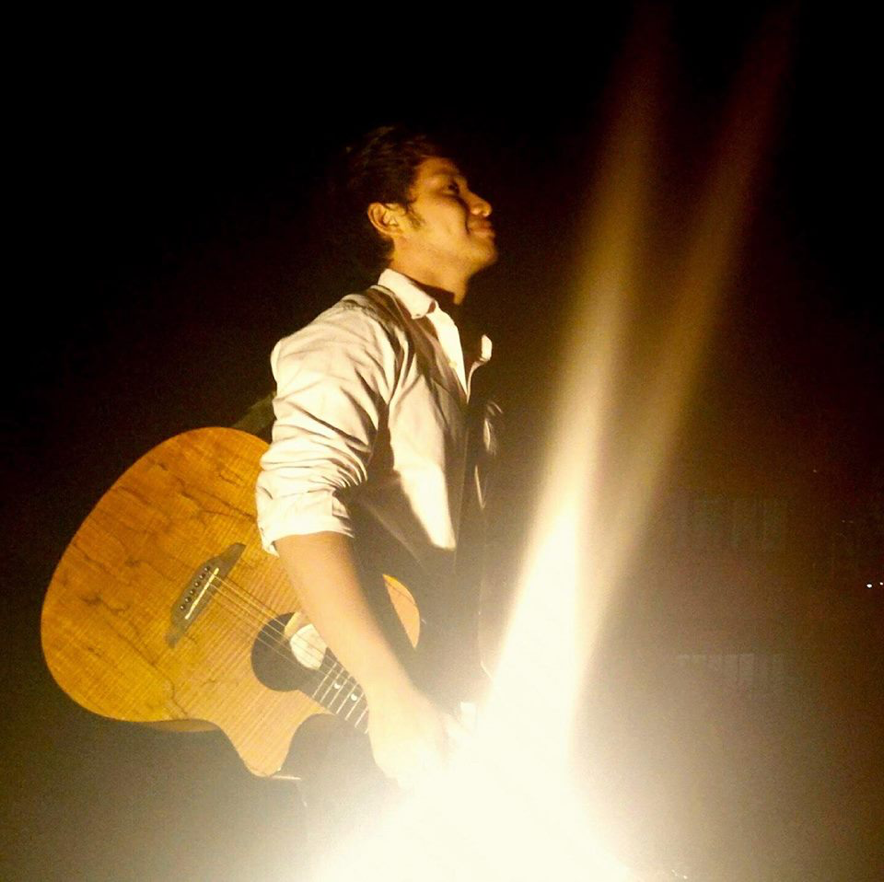 What difficulties did you face in Japan?

Fitz said that it was difficult for him to adjust to the cost of living here in Japan, as the amenities here are expensive, he had to be careful on budgeting.

He also found the train system very difficult, because in the Philippines they only have two lines, whereas in Japan the trains have numerous and varying lines.

He also pointed out the strict rules in the dorm. “ When I wanted to practice music in the dorm’s cafeteria at 1 am, the guard will tell me not to do it because it’s too late. And once we played music at the Park, I thought it was okay to play because it was an open space but the guard reprimanded us.” He also realized that there aren’t so much public trash bins in Japan, although he got used to it now.

What’s your advice for people coming to Japan?

“Do a lot of research, and when you talk to the Japanese people, don’t be shy, because once you approach them first, they are actually nice and would do their best to be helpful and friendly.’

‘If you want to join a circle in your university, find what you are interested in and don’t be afraid to join. I don’t know if this is a good advice, but you can choose clubs that will expose you to various activities. So try going to many circles and pick the ones that you really like!’