Why Are Japanese People So Slim? 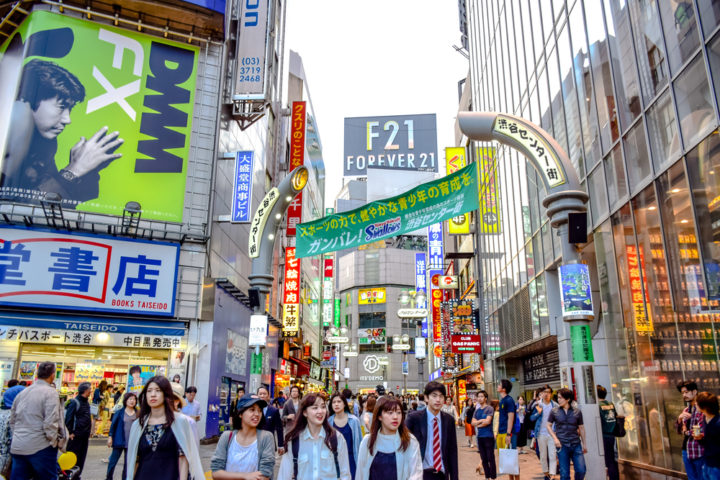 If you have any chance to visit Japan, try to walk in some in the crowds, like Shibuya, and you will find that it is almost impossible to spot overweight people in Japan. And from that, you will start to wonder why most Japanese tend to be so slim? For me, I also thought about that a lot since the first time I arrived in Japan. I always asked myself why everyone is just so thin. Also, when I look at their bodies and my body, most of Japanese girls’ bodies are like half of mine. Until I lived in Japan for a while and realize that it is not only me who thinks about it, a lot of people, especially foreigners, also asked the same question as well.

In this country, only 3 percent of Japanese are overweight (BMI more than 30) compared to the overall Japanese population. With a total population of 127 million people, it means that only almost 4 million people in Japan are overweight. Moreover, the World Health Organization (WHO) data shows that Japan has one of the highest lifespan in the world. Also, only a few percent of the population suffer from obesity and heart disease. How can this happen? How can they stay healthy and slim? What are their secrets? We will find out the reasons together in this article.

They Walk a Lot!

In Japan, some people go to the gym, but for the most part, their main method of exercising simply come with their daily routine, walking, which means that they unintentionally exercise almost every day!

Furthermore, Japanese people often travel by train. They usually take trains to go to work or to school, during rush-hours the train will be crowded and packed. So, they have to stand up inside the train, for most, if not, the entire journey! Moreover, bicycles are common in every household, it is considered quite normal here for people to ride a bike for 3 to 5 kilometers! However, there is a pretty open-secret to Japan’s walking habits, and I’m about to explain to you what that is!

The Secret to Japan’s Walking Habits

Big cities in Japan like Tokyo and Osaka, have vertical-oriented city landscapes, unlike say, Los Angeles or Beijing which are typical horizontal cities. What do these terms mean? does it really matter that much? Let me explain why this is so important.

‘Vertical cities’ refers to cities with the topography of buildings, housings, etc. being mostly vertical in nature, this means that you’d find the typical person’s dwellings in the city to be in an apartment or in a high-rise building. Traditional homes are comparatively rarer and they can be really expensive!

‘Horizontal cities’ here refers to the exact opposite of ‘Vertical cities’, the topography of the buildings, housings, etc. tend to be horizontal (in that you don’t frequently find high-rise buildings in the city). Stand-alone buildings and residential complexes may also not be rare. This is the kind of city you typically see in a lot of Amerian States and Southeast Asian countries; Kuala Lumpur, Bangkok, and Jakarta for example.

And Tokyo is highly compact. It houses more than 10 million people with incredibly bustling shopping streets (Shibuya, Harajuku, Ginza), numerous business hubs (Ōtemachi, Roppongi), startups and SMEs popping up all over the city, and government buildings (Chiyoda) all in one city! Think of it as something akin to fitting in Shanghai and Bejing all in one area!

Tokyo is thus, a very coordinated mess. To make such a densely populated city work seamlessly without being inhibited by traffic, the distance between one area to another need to be within walking distance, public transport need to be able to take people from one location to another without needing the help of multiple/ other forms of transformation. The latter, is also called the first mile and last mile problem of the journey.

If people can simply walk to the station and walk from the station to where they are planning to, without needing other forms of transport (especially cars & bikes), it reduces the need for space and congestion that results from the presence of these vehicles.

In a city that can achieve that, people will then be forced to walk!

One of the most important things to consider in taking care of your health is your diet. Because Japan has a lot of very nutritious meals in its cuisine along with culturally ingrained habits good for a healthy life, it’s easier for the Japanese to keep themselves in shape. These are some excellent examples of Japanese eating habits that make them stay in shape.

1. They Use Chopsticks in Most of Their Meals. 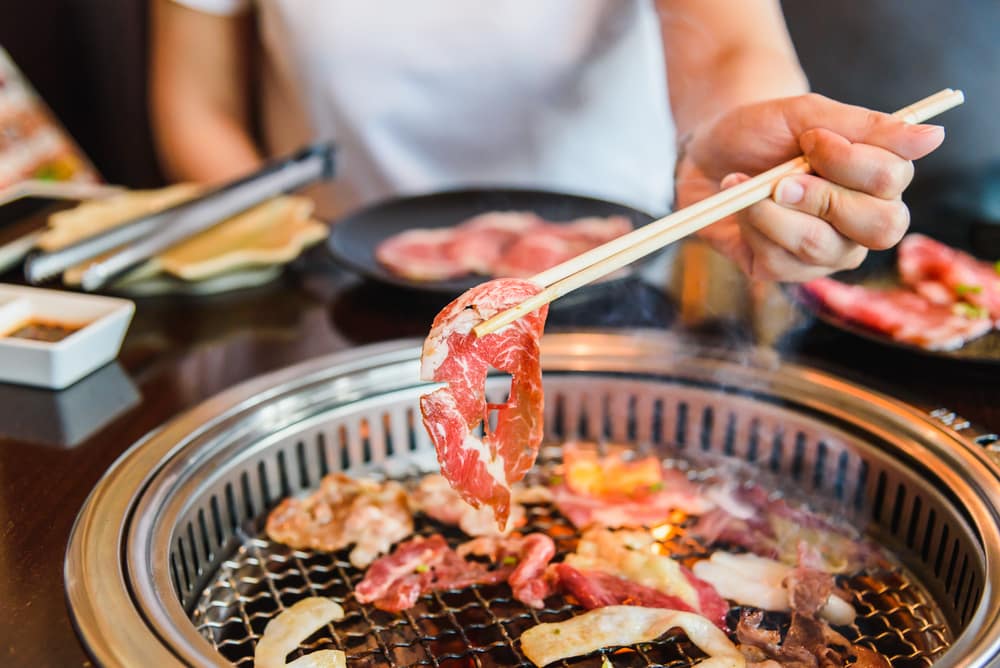 You might be wondering what being thin has to do with using chopsticks. Using chopsticks, however, slows the process of eating, so the stomach will be able to have some more time to digest the food and as such your stomach will demand less food.

2. Breakfast is Very Important in Japan 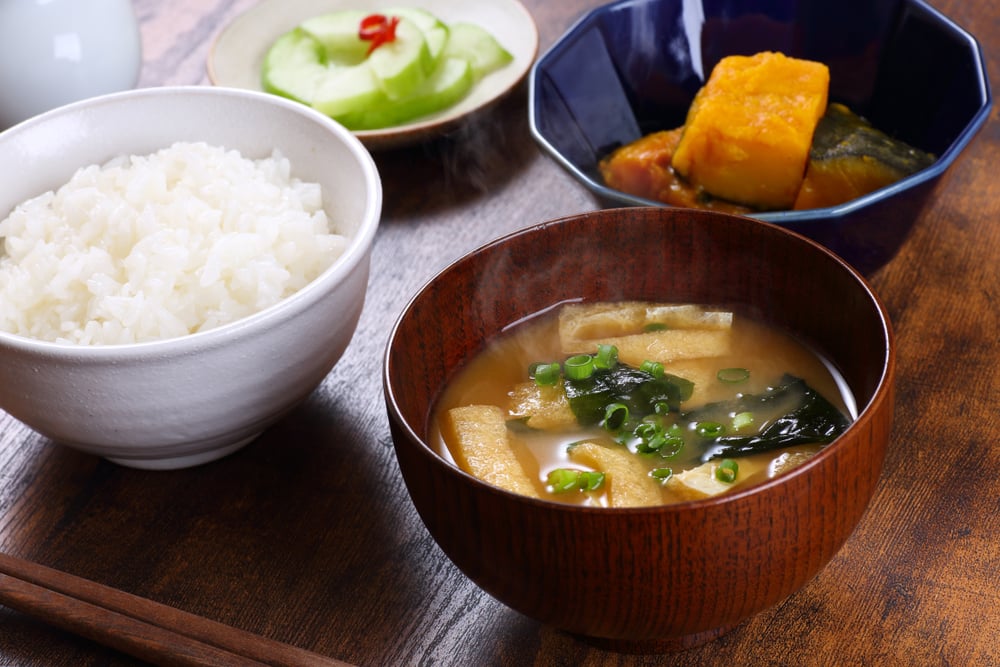 Breakfast is the most important meal of the day. And the Japanese rarely skip breakfast. Japan has its own cultural breakfast, everything has to be in the perfect amount, and everything has to be nutrient-balanced. A typical Japanese breakfast will ususally involve a bowl of rice, grilled fish, miso soup, Japanese eggs, and some fermented vegetables. As you can see, this meal has pretty much covered all the needed nutrients for the body, and also provide enough energy for activities throughout the day. 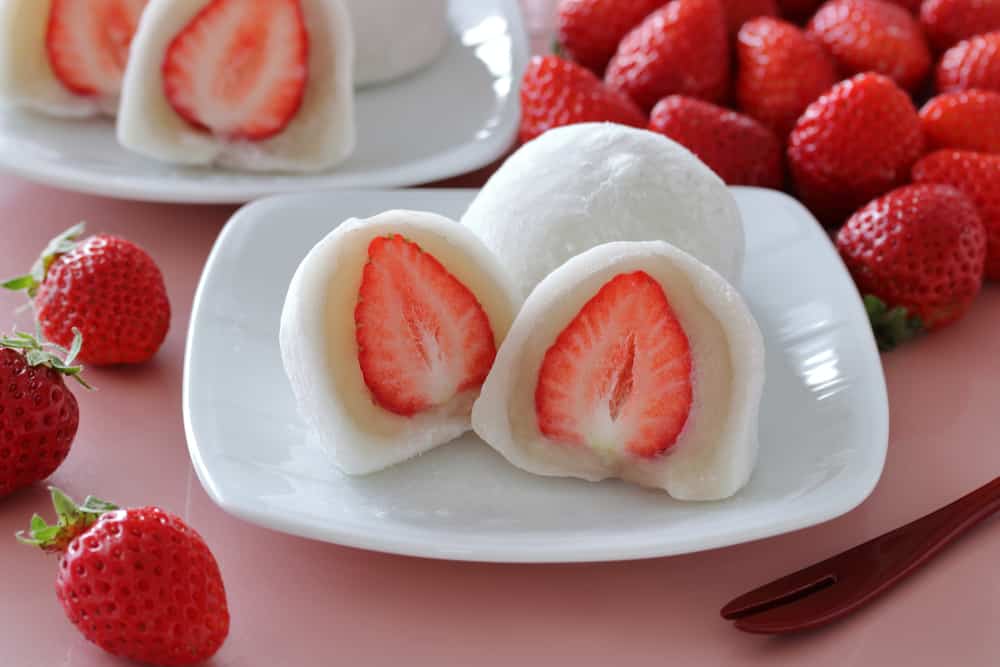 Japanese people tend to consume fresh fruits as their dessert instead of western, sugar-laden desserts. And sweet stores in Japan tend to make their sweets to be less sweet than their western compatriot. They also use fresh fruits a lot in their desserts, along with less fattening ingredients and caramel. Moreover, their snacks that are sold in stores, like convenience stores, are packed in small proportions. Even snacks with big boxes will often contain mini bags inside. So it’s probably easier for people to regulate their eating. 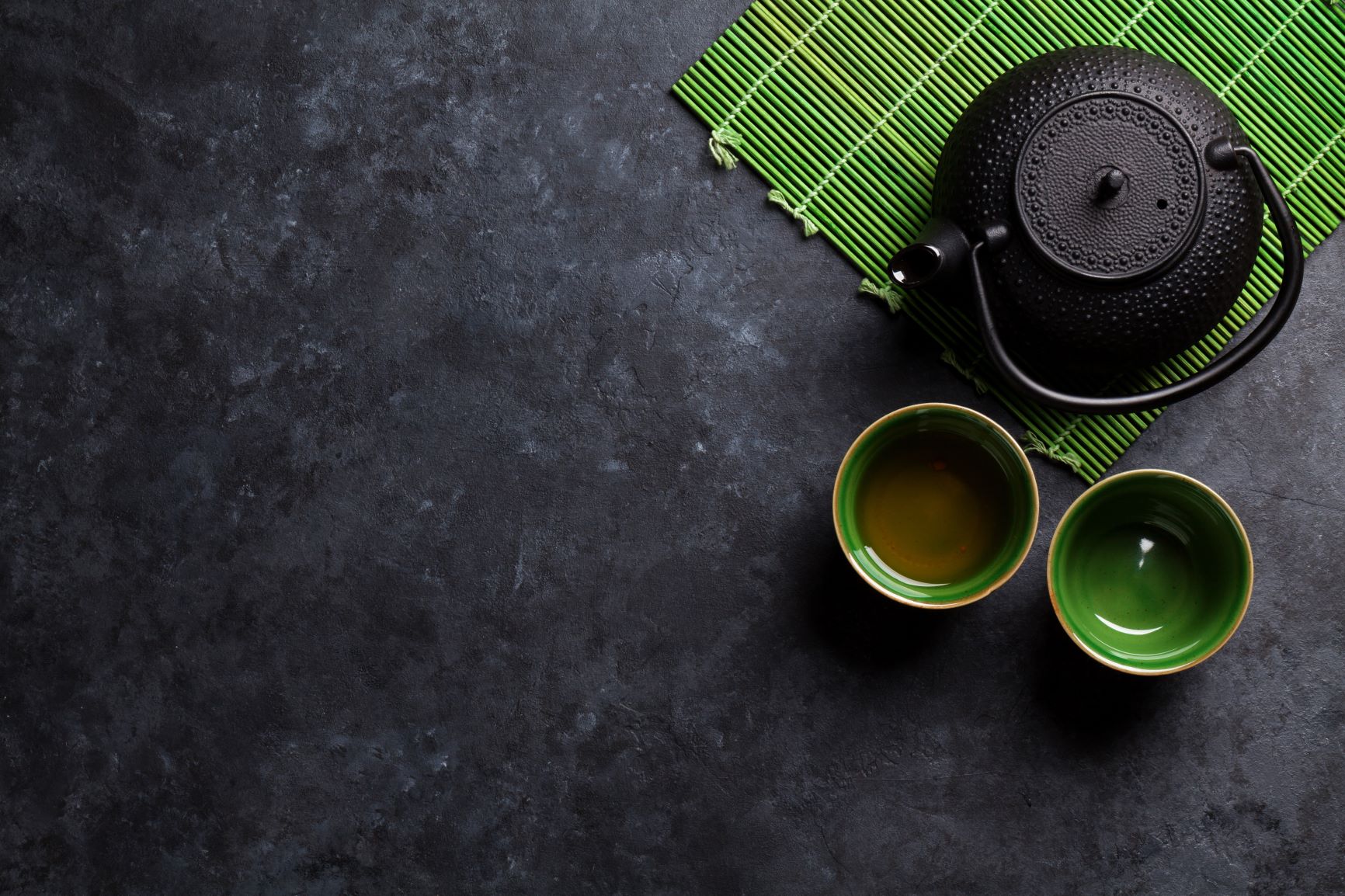 Don’t mix up traditional teas with sweetened teas! Sweetened teas contain a lot of sugar, and you won’t necessarily become thinner by drinking those types of teas.

The tea that a lot of Japanese drink daily, however, is traditional, hot green tea. Green tea is known as one of the healthiest tea in the world and many Japanese drink tea every day, on nearly all occasions. Consuming green tea can help with weight loss indeed, but it also has other benefits. Such as the various antioxidants found inside it that help the body deal with radicals that are causes of cancer or heart disease, as well as slow down the aging process.

Why Are So Many Japanese People So Slim?

To those who want to slim down or simply have a healthier lifestyle, taking a page or two from the Japanese can probably help you with that!