Go On a Trip with Ekiben/Soraben | Guidable

Go On a Trip with Ekiben/Soraben

If you like traveling by train, you might have got bentos at the station. They are called “ekiben”, and one of features of food culture in Japan. They are usually sold at the station and made by local specialties in the area and one of pleasures of the trip. However, some department stores and supermarkets occasionally have an event called “Ekiben Taikai (Festival)”, gathering popular ekibens nationwide in a place. Moreover, there is a shop which sells nationally famous ekibens in Tokyo Station. It means you can get famous ekibens at these stores without traveling. Even though bentos are usually cold, but you can heat some bento made by beef before eating. 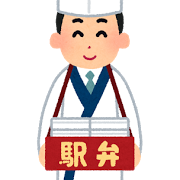 Anago Meshi – The Best and Most Visionary Ekiben

Have you heard of anago bento of JR Miyajima-guchi Station in Hiroshima? It is well known as the best ekiben for many years and often featured on TV, however, it is also known as the visionary one because it is almost only available around there and hardly appears outside Hiroshima. The bento has been made by a restaurant in front of the station since Meiji era. Even though warmed anago meshi is available, the restaurant recommends bento which can get both restaurant and station. Even though it is so simple bento which is made from local conger eels, steamed rice with sticky rice, and pickles, it also has unwearied taste. There are many restaurants which serve anago bowl both in the Island of Miyajima and the opposite shore, and some frequent tourists visit there only to have this. More info; anagomeshi.com (Japanese only).

Get Soul Food at the Station

Not only bentos but each city’s soul food could be also available at the station. For example, 551 Horai’s steamed pork buns are well known as one of soul food of Osaka. Even though it has restaurants and shops in several locations in Kansai area, the pork buns are also sold at railway stations and people often get them as both souvenirs and light meal in the train. If you frequent or used to live in Osaka, they would remind of the city whenever you get them.

Many airports also introduce their original bentos called “soraben”. Of course it comes from ekiben. Japanese airlines companies used to serve in-flight snacks for several flights even domestic, however, it is now restricted to first class of long-distance flights and tourists might be get them instead of them. For example, Haneda Airport has several varieties of soraben like bentos, sandwiches, and musubis. Especially it sells Tokyo’s famous restaurants’ signature tonkatsu sandwiches. You may eat them before your flight, or when you are on the plane. Even though ekibens and sorabens are far from cheap and there are convenience stores in both stations and airports, you had better enjoy local taste through them. 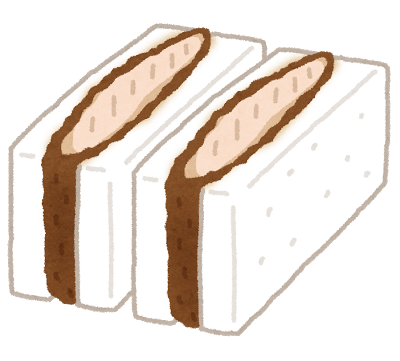