How to Go Cashless In Japan | Guidable

The largely old Japanese population doesn’t really trust – or understand – apps, smartphones, QR codes. Also, since many restaurants and establishments, especially outside big cities, are family-owned, many people just stick to the old safe way – always have some cash with you.

The Best Tips and Tricks to Use Cashless Payments in Japan

Did you know that ATMs do not operate 24/7 in Japan? If you don’t want to get stuck outside without even some money to buy an onigiri at the closest convenience store, take notes!

Debit cards and credit cards are probably the forms of cashless payment that has been around the longest, and it is the one that takes the biggest chunk of cashless transactions in Japan, even though the process to get a credit card is still quite long and strict.

Probably the simplest way you have to Pay in Japan without cash is using Suica or Pasmo cards. These cards are mainly used on public transportation all over the country, on buses, metro, and trams.

But many places, starting from vending machines at the corner of the street, to convenience stores and even some shops retail shops and restaurants are now accepting cashless payments with these. Just tap in on the machine and top it up at train stations when running low.

Waon is another prepaid rechargeable card introduced by Aeon, one of the biggest multinationals in the supermarket and retail system. Therefore Waon cards are accepted at a variety of supermarkets under the Aeon group. If your weekly shop is at Daiei or My Basket, or Aeon, very common in most neighborhoods, you’ll definitely want this one in your wallet.

Nanaco is another very popular prepaid card under Seven & I Holdings. You can use it to pay and collect points at 7 eleven convenience stores, Denny’s family restaurants and Ito- Yokado stores.

If you are an habituée and you usually do your shopping or buy frequently from the same shops, these prepaid cards will be handy and will also allow you to gather points to redeem with your next purchase. 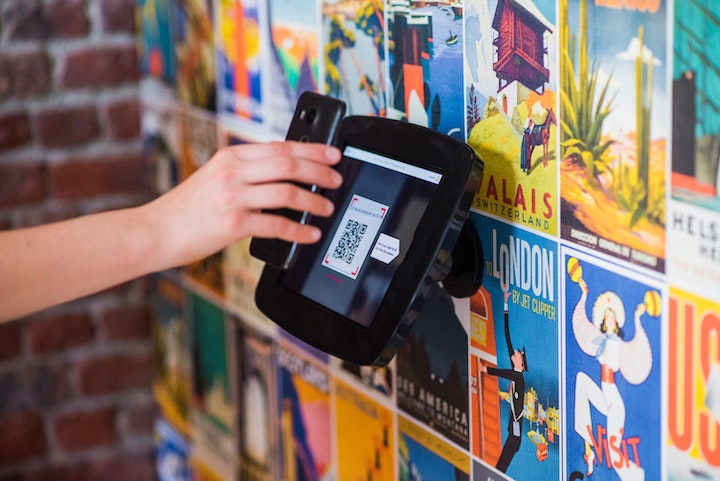 The cashless payment method that has become very popular in the last two years is the one that uses QR code technology. You just need to set up an account connected to your bank account and then use the QR code generated through the app to make payments, both in stores and online.

If you are a line user, you can easily set up Line pay: you need to download the dedicated app and link your credit or debit card. Browse through the app to discover and win coupons that will be uploaded on your page that can be used and redeemed in all participating stores.

PayPay can be used at over 3.44 million stores nationwide, including convenience stores, drug stores, and restaurants. It can be also used for online and shopping and to pay bills that get sent to your address without even having to reach the closest convenience stores. For every payment you will get up to 0.5% of the amount spent back in points on the app. Watch out for campaigns to pile up points faster.

Rakuten pay is especially convenient if you have a rakuten bank account and credit card: if in possession of one of those you can get as much as 1.5% of the amount spent back into rakuten points that you can spend at participating stores and locations.

Ready to Go Cashless in Japan?

Smartphone-based payments are definitely the future, when we won’t have to carry around an heavy wallet full of cards and coins around. Unfortunately phones can still run out of battery when you might need them the most, but I hope technology will make fast steady progress on that soon.

In the meantime, forget the ATM and let’s consolidate the cashless – easy, fast and clean – trend in Japan.