KFC as Christmas Cheer in Japan

A First-Rate Dinner Since 1970

If you are from North America, you would think Japanese people are strange because they think KFC is first-rate dinner and most of them choose it as Christmas cheer. In North America, people eat roast turkey on Holiday Season. However, in Japan, people tend to choose chicken. They eat it as fried, roasted, smoked, etc. because they think chicken is much more delicious than turkey. Therefore, turkey is bigger and drier, and quite hard to eat to Japanese. Since KFC advanced into Japan in 1970, it has been popular as feast, casual lunch/dinner, etc. 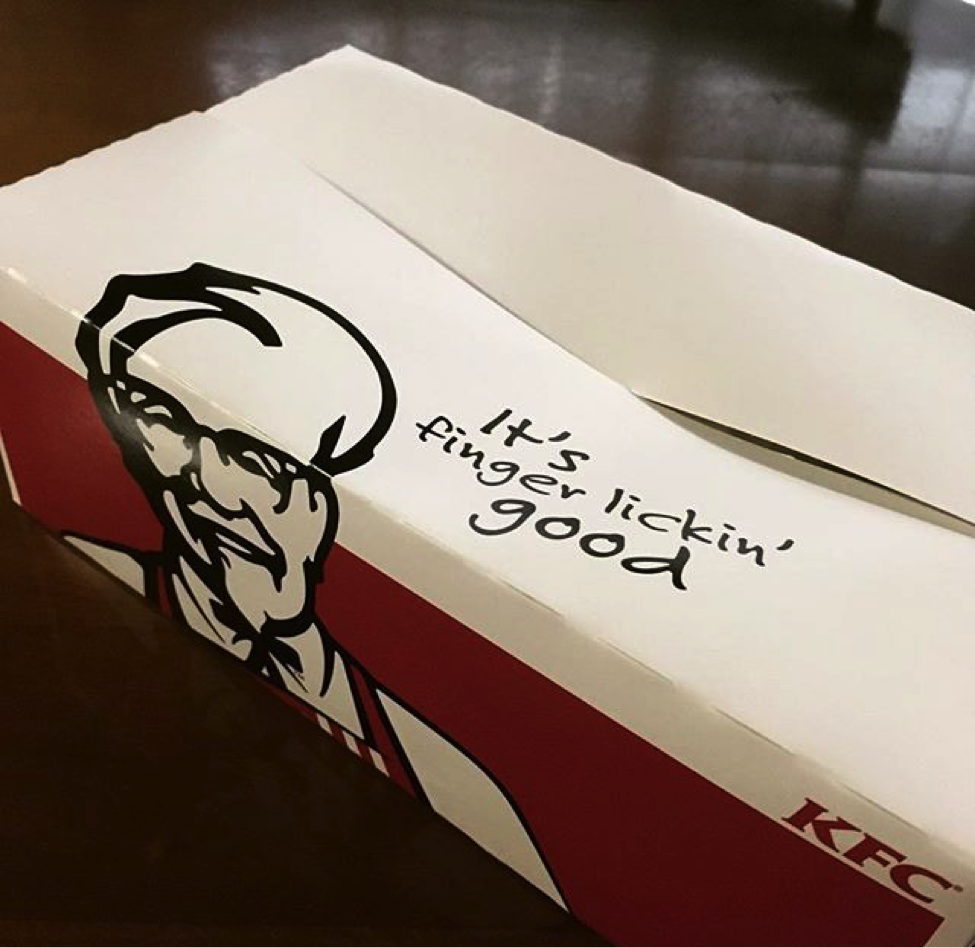 Colonel Sanders Statue was displayed in front of KFC’s almost all Japanese locations. Because the restaurant was decorated with red-and-white stripes in 1970s, and Japanese people thought there was a barber at that time. To be recognized by Japanese people who haven’t try fried chicken yet, KFC Japan started establishing the statue which was originally made in Canada. That is why Colonel Statue has become the symbol of KFC restaurants in Japan. On special occasions like Boy’s Day, Christmas, etc., each restaurant dresses up the statue to make atmosphere more excited. 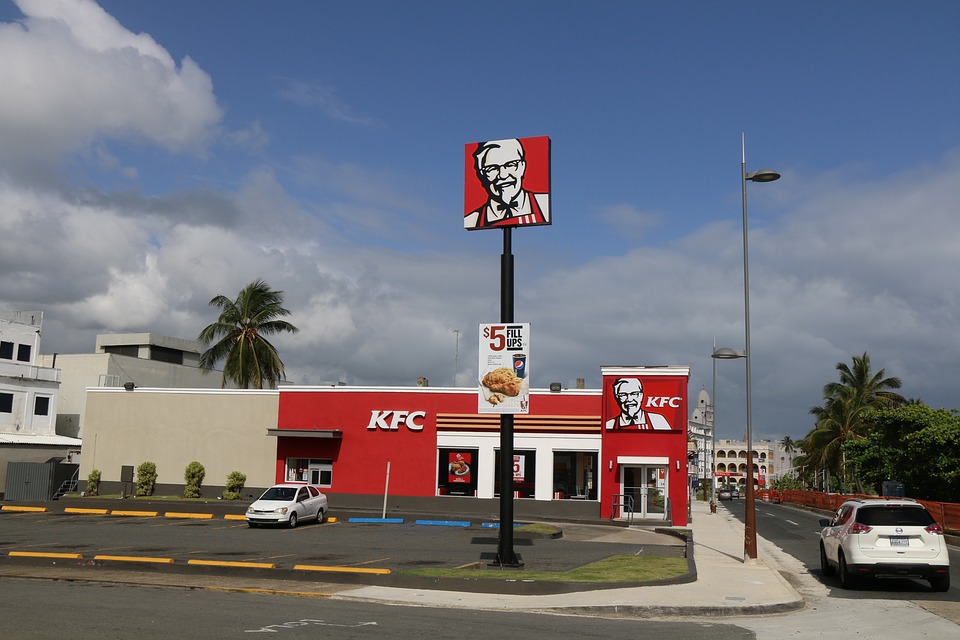 All-you-can-eat Original Chicken is held at limited locations every summer. In 2016, it was every Wednesday dinner time from July 13 to August 31. You may eat its signature Original Chicken, French fries, biscuit, and soft drinks in 45 minutes as much as you like. The fee was 1,380 yen per person (middle school student or older) and reservation required. Though 2017 schedule hasn’t announced yet, you can check detail of 2016 for your information on japan.kfc.co.jp/news_release/news160701kfc.html (Japanese only). 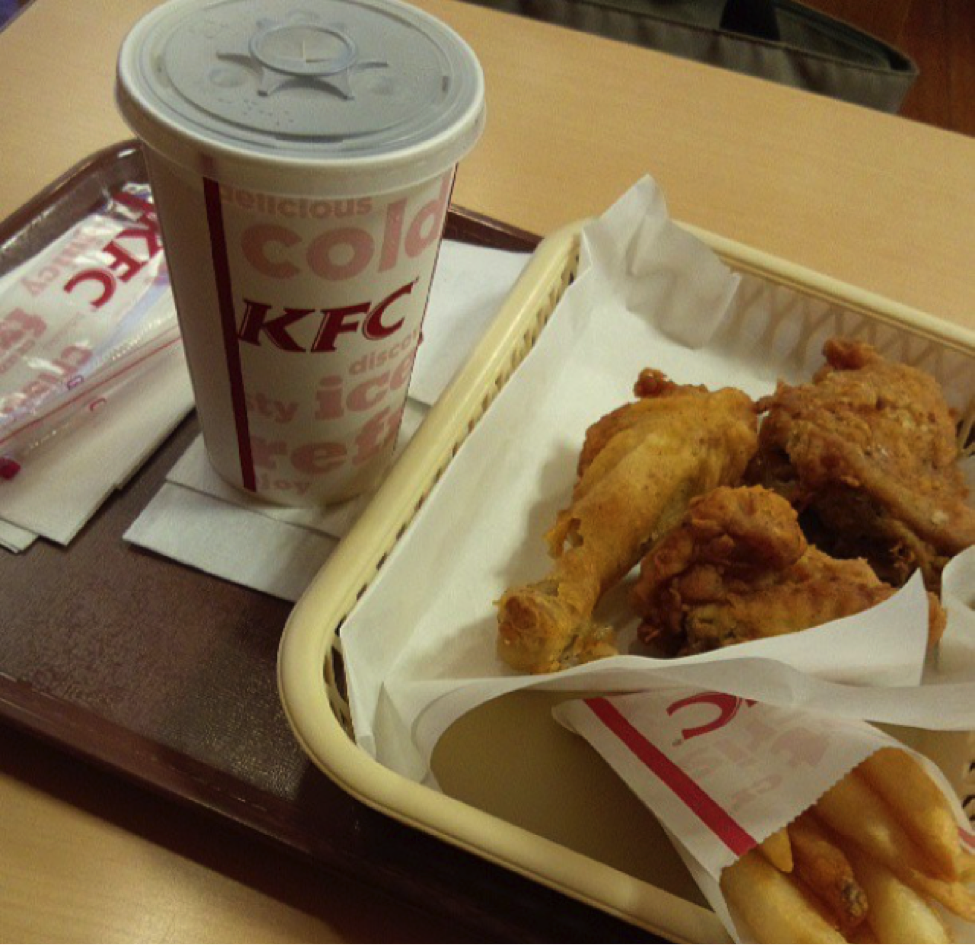 Party Barrel – One of the Best Christmas Cheer

It might be the busiest time of the year for most of KFC restaurants in Japan because Christmas is right around the corner. KFC Japan offers special meal combo named Party Barrel which includes fried chicken, salad, dessert, and Christmas plate. You have choices of fried chicken, moreover, Party Barrel Deluxe also includes roast chicken. If you need only fried chicken and some sides, you don’t have to choose Christmas specials. Of course, congesting situation varies by locations, but you might be able to purchase fried chicken in the daytime on Christmas Eve or Christmas Day as walk-in if you don’t reserve. Because early reservation has been closed on December 11, you might purchase only regular menu, however, you had better try to spend Japanese style Christmas with KFC. More info; www.kfc.co.jp/campaign/xmas2016/index.html (Japanese only). 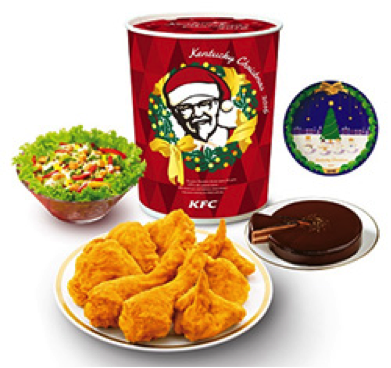