What’s So Cool About “Cool Biz”?

Summer is fast approaching. If you have been living in Japan for a while, you might have heard the phrase “Cool Biz”. If you are new to Japan, this is something you will want to know.

First things first, you need to know that the weather in Japan is VERY hot and humid in summer. For most of the country, summer can be a challenging time to stay cool and refreshed.

In winter, you might have repeatedly muttered the phrase “I’m freezing” as rooms, offices and buildings are generally not heated well. Then, summer comes and you long for the days that you can just sit in an AC filled room with cold air cooing you down.

Knowing the Japanese climate in Japan, the Japanese Ministry of the Environment implemented the “Cool Biz” initiative in 2005. The main purpose of the idea has been to reduce carbon emissions throughout Japan.

Originally, some Japanese people did not really “buy in” to this idea. However, “Cool Biz” has actually become one of the most successful environmental campaigns in Japan. Figures for 2012, the most recent available, show that more than 2.2 million tons of carbon emissions were evaded due to the scheme. 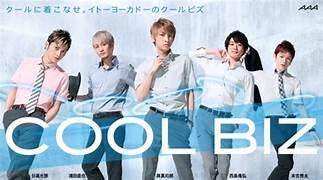 How Does “Cool Biz” Affect Me?

“Cool Biz” encourages offices to set air conditioner temperatures to no less than 82.4 °F (28 °C)—compared to a summer average of 70°F in U.S. offices. This means, it should be warmer in your office, department stores, shops, public buildings and your residence.

To offset the higher office temperatures, the dress code changes in summer. No longer do you need to wear the traditional shirt, suit and tie or dress. Instead, you can wear a simpler, more casual summer dress code.

These days, many stores have climbed onboard the “Cool Biz” train with a strong marketing campaign. You will see the new ‘Cool Biz” fashion and promos everywhere in Japan soon. In fact, you can even attend a “Cool Biz” fashion show to get the latest styles. 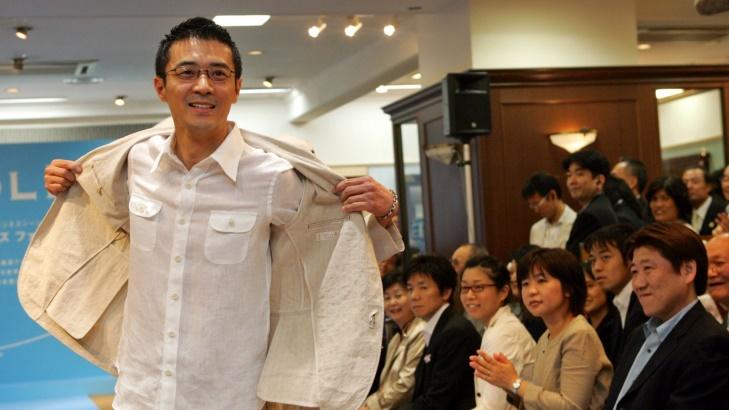 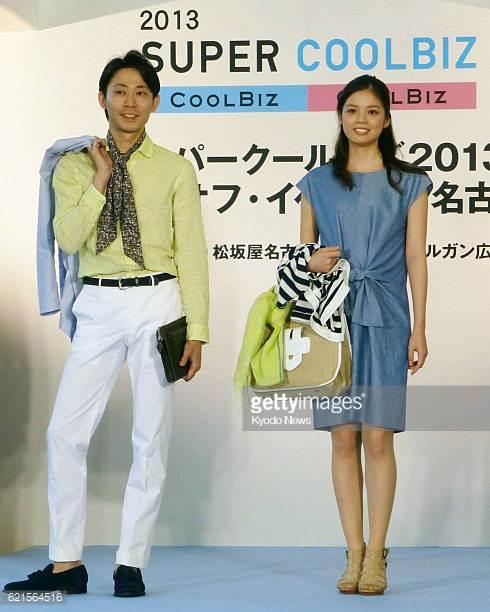 The Japanese government has other advice for businesses and homes. During “Cool Biz” summer, they hope to encourage people to do the following:

If you use blinds or curtains to block out the direct sun and keep indoor plants, your room will be much cooler. This in turn will lessen the amount of AC time you need to cool your room. According to the Japanese government, cutting the use by an hour every day could save 8 kg of carbon dioxide emissions a summer, and reduces monthly home electricity bills by around 1,170 yen ($9.46).

As a result of this “Cool Biz” initiative, other benefits have been seen. Corporations are finding that employees are actually more productive. Japanese employees generally tend to have long meetings and work well over their work hours. However, due to the warmth of the room, meetings tend to finish quicker in the summer. And work can be finished in a more timely and collaborative manner.

Researchers are also finding that if a room is too cold, it will drop the employee’s productivity. The Professor of Design and Environmental Analysis Alan Hedge of Cornell University, who has been studying office ergonomics for more than 40 years, states that the optimal office temperature is 77 degrees F. So, the ideal temperature in the U.S. (68 degrees F) might not be the best for employees (as once previously thought).

How long will “Cool Biz” be around

So far, it looks like it will be around indefinitely. The positive results that this initiative has had for the environment and work place seems to have taken hold with the public. People are using these strategies and are changing their ways of living – both professionally and privately. A survey conducted in 2015, by the Ministry of the Environment stated that 96.1 percent of the Japanese population was aware of the Cool Biz initiative. This shows an increase from 90.4 percent in 2011, 94.7 percent in 2012, and 94.9 percent in 2013. As a result, it is easy to believe this initiative will still be around for some time.

Get out and enjoy changing up your office wardrobe. “Cool Biz” will be here before you know it!